Who are you and what do you do?

My name is Lucas Schuneman and I’m a working voice actor in the Chicago, IL area. 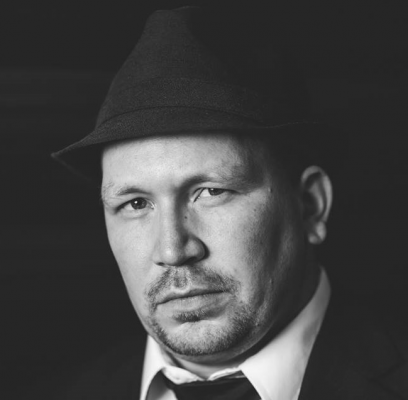 I started looking into voiceover in 2007, took my first workshop in 2009 and got my first “gig” in 2010 (which was for Disciples III: Renaissance). I would consider myself a character voice actor since the crux of my work can be heard in video games… but I’m also heard in anime, cartoons, trailers, commercials, audiobooks and promotional videos.

How and why did you get into voice acting?  Are there people in the industry you look up to or admire?

Once the Internet and computer technology kind of “caught up” to the idea of home-recordings (with easily accessible microphones, video/audio editing programs and sites like YouTube), the prospect of voice acting as an actual *career* really started to become clear for me. I had always been interested in entertaining in one form or another since I was very young … but until this “Techie Age” came around for me, voice acting never truly struck me as a *job*!

As to people I admire, I think that would be pretty much any other creative person out there!! I know that’s kind of a “cop out” answer (since you’re probably looking for a name!) but there are so many people out there who can do things that I can’t do … artists, musicians, game developers, writers, cosplayers, photographers (not to mention hundreds of other voice actors!) … and I really admire them for their creative talents. 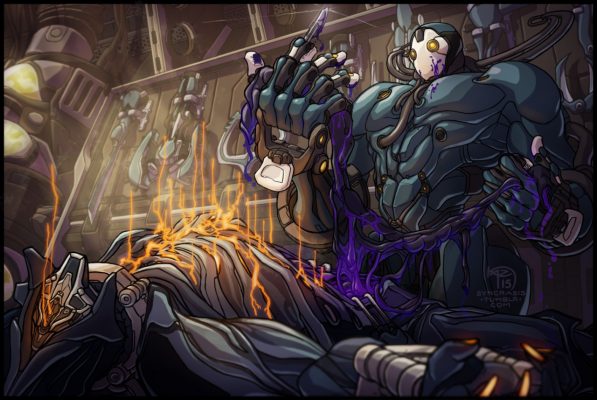 The first time I heard you was in a game called Strife by S2 Games, and now your voice can be heard in over a few dozen video game roles!  What’s it like being an ever growing popular voice talent in the video game industry and are there any particular roles that stand out to you?

Strife was a fun title to work on, and I’ve had the honor of coming back to voice multiple characters for their game. Back when I first started working with S2, they also were working on “Heroes Of Newerth” (which is now under the banner of Frostburn Studios) but between the two titles … I think I’ve voiced over thirty different characters for them! S2 and Frostburn have been so good to me over the past few years and I love working with them. To date, I’ve worked on over sixty video game projects and have done voice work for more than 175 characters… and even though that doesn’t take in all the other mediums and characters/narrations that I’ve recorded… I don’t like to think of myself as a “growing talent”. To be popular is to be known and to be well-known is to be famous; voice-over is one of those rare areas of show business where the best talents can still be pretty anonymous to the public.

However, one of my more current roles did take me by surprise: Tyl Regor in “Warframe”. When I got hired to voice this egocentric, mad scientist … I had NO IDEA how popular the game was amongst PC, PS4 and XB1 players! But when the first patch with Tyl Regor’s character got released, the response from players about his voice and his performance in general was enormous! Not only that, it was almost unanimously positive! Within 72 hours of the patch, there was fanart, fanfics, tumblrs, reddits and forum posts all dropping this insane amount of praise for Tyl’s character! And I had never seen that amount of outpouring over something I had contributed to, let alone voiced… so that made me feel a bit more popular than normal. =)

Why is it do you think you’ve found success where others have not?

Practice. A lot. Like, a whole lot. And then practice some more.

Well, success is a fickle word; what I might describe as “being successful” others might disagree with… but if you’re asking, “Why have you been able to find work as a voice actor while others may be struggling to do so?” I may have an answer: luck, location, training, timing and patience. Sure, there are other factors to consider (probably too many to list) but every actor or dancer or musician or artist runs into the same problems. Sometimes the work is strong and sometimes it’s weak. Sometimes your schedule is full and then a month goes by without one nibble on the fishing line. As actors get more established, there’s more work to be had … but if I had to give some advice to budding talent out there, it would be three-fold:

What would you say is your favorite thing about doing voices?

The fact that when I walk into the booth, I don’t even know what’s going to come out of my mouth! It’s such a fun, wacky trip to breathe life into a fresh character… nothing compares to it.

How do you tend to land roles as a voice actor?  Just show up at people’s door with a friendly greeting and a resume of your work?

It has nothing to do with raw talent or ability…or who’s friends with the director’s cousin’s sister’s part-time nanny; it’ll come down to who fits the role best. Period.

I wish it was that easy. No, these days your calling card is your demo reel. It’s a quick-fire sampling of the characters in your repertoire. But while this reel may get a casting director’s attention …. it’s the audition that usually locks in the role for you. Being able to really fit what the creative team has in mind, that’s what lands you a job. It has nothing to do with raw talent or ability … if me and nine other guys with the same level of experience are in the audition room together, it won’t come down to who’s the nicest, who’s got the biggest resume or who’s friends with the director’s cousin’s sister’s part-time nanny; it’ll come down to who fits the role best. Period.

What are some of your goals as a voice actor?  Are there certain projects you’d like to be a part of, or people you’d like to work alongside?

When I started out, I wanted to do cartoon work. Anime was on the short list, but so were animated feature films like Disney, Pixar and Dreamworks titles. Back then, I think one of my dream roles was to be one of those characters that would live in storybooks, DVDs and plush toys for fifty, seventy, or 100 years!

But now, as video game voiceover has become such a big part of my work … I’d love to start working on more AAA titles. Also, working with facial-recognition, motion-capture and performance-capture projects is high on the list. I think it would not only be fun, but a great fit for my characterizations.

You provide private lessons to new voice acting talent, what’s that like and how long have you been doing that for?

I’ve been doing private voice lessons for about as long as I’ve been working in voiceover, and it’s a lot of fun. I’ve been fortunate enough to work with students from all over the world … and it’s always neat to hear the genuine talent and overwhelming passion for acting and creation that these guys and gals have. At heart, I’m really a teacher and I love working with others to find and develop their potential.

Have any of your protegees gone on to become something in the industry?

Wow, “protegees”? Well, my STUDENTS have all done some great things on their own, yes! I’ve had students that have gone on to work in video games, flash animations, anime, commercials and even modeling. I’m just happy to be involved as a stepping stone to what they’ve eventually achieved all on their own. 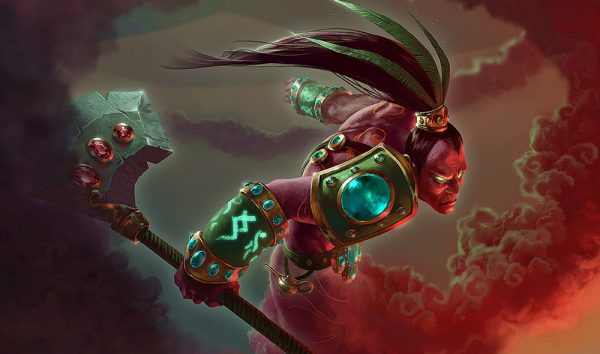 If you could just give one tip to those aspiring to be in the industry what would that be?

When one of my students would get frustrated with themselves and complain about how they’re “just not getting it” and “I’m afraid I’ll never be good enough” … I would often compare the struggle of voiceover to a magic ladder. This ladder is special because every time you take a step up, the rung you were standing on disappears. It’s a ladder of progress, and sometimes you can skip a rung and sometimes you stay on one rung for longer than you’d like … but you never go down. And the best part? The ladder has no top. It keeps continuing forever and ever. How you climb this ladder is up to you, so make your decisions on how you’re going to ascend … and get to climbing.

What’s it like voicing for anime, or any medium that is not originally done in English?  Is it difficult to both provide the right message from the character and match the animations already in place for the original voice?

Matching lip flaps is hard work; almost an art form in and of itself. The problem with ADR looping is that you almost never get a chance to practice it outside of the booth … but great directors and clever writers exist to help guide the actors, and that’s what really makes the difference. And that’s also where the “message” question gets answered too; people often forget that when they hear an actor talking in an anime … that their performance was guided by an ADR director, an engineer, writers and other actors. It’s never a solo journey, and that’s one of the reasons working in anime is so much fun!

How do you feel about voices in video games?  Do all games need it, do games that have it have an advantage over those that do not?

It definitely adds a level of storytelling and realism to the narrative that we’ve seen blossom over the last 10-15 years, and in a way, I think it’s really the future of gaming. All you have to do is see the larger-scaled AAA titles to see that mocap, CG, high-grade voiceover and even A-List actors are being utilized to make video games more of an art form than ever before. And I’m proud to contribute even a little to this wonderful advancement.

My website is at www.vaninja.com, while I’m on Twitter at @LucasTheVANinja and on Facebook. I try to keep all these sites updated with news and information of current projects I’m working on, so feel free to drop by and see what I’ve been doing or what’s popping right now!

Do you have anything else you would like to say to the GamerBolt community?

Thanks for this wonderful opportunity to share some stories that I’ve picked up during this journey I’m on called “voiceover”. I hope to keep trudging along for as long as I’m able!

Why Are Online Slots Games So Popular?

What’s it like to be a lifecaster? We Interview Jane, a Twitch Caster

With the explosion of live-broadcasting, partly thanks to Twitch, we thought that it would be interesting to interview someone who isn't a newcomer to...
Read more
Interview

We the Community – Streamers and Their Communities

Twitch was founded in June of 2011. The community grew and grew quickly. Last year alone there was a one hundred percent increase since...
Read more
Editorials

The following is an interview where the questions are asked by Dakota Barrett and answers produced by Dominic de Graaf. Who are you and what do...
Read more
Indie

Who are you and what are you working on?   My name is Janice, I’m a (musical)theatre actress and a singer, majored in university in both...
Read more
Indie

Who are you and what are you working on? I'm The Dink. I mean, that's my internet name anyway. You can call me Joe. I...
Read more
Indie

Who are you and what are you working on? My name is Razelle; on the internet I just use the last name Lockwood to keep...
Read more