Starting out as one of the most buggiest, unplayable, piles of garbage that Steam has seen in recent years, Orion attempted to give us dinos to shoot long before Ark: Survival Evolved was ever a thing.  But it’s been years since its initial release and the devs have put quite some time into making it better.  The game has sold over two million units thanks to those changes, so what is it like now?  Well let’s see… 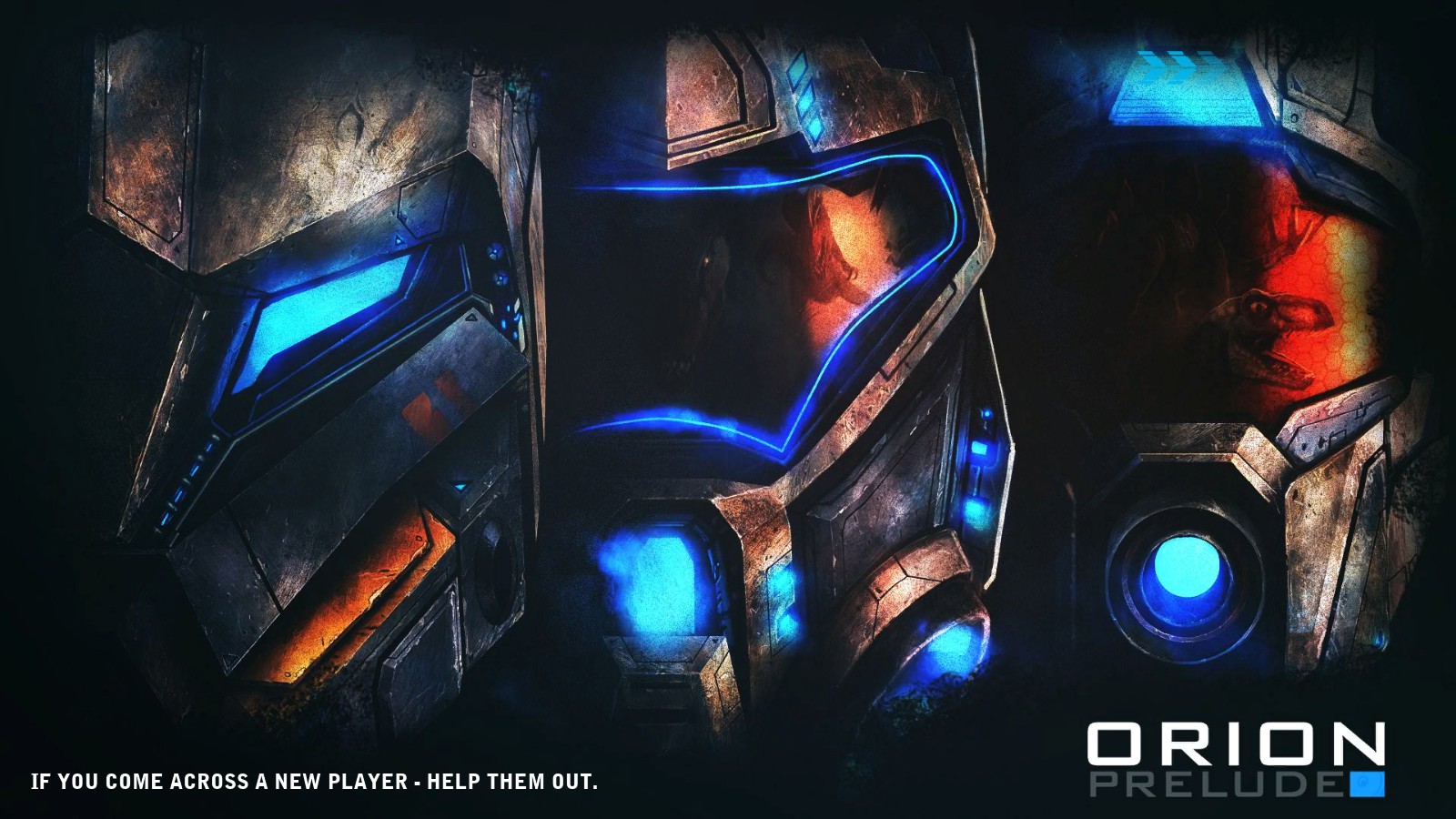 Orion: Prelude features several game modes but the focus of the game, as far as the player base is concerned, is the two survival modes (survival and conquest).  In each your goal is simply to protect the generator from the hordes of oncoming dinos.  Kill dinos, earn credits to spend on better gear, kill more dinos.  In the case of conquest there are multiple generators to go between and ontop of weapons and skills being sold you can also purchase vehicles such as a tank or VTOL.  The game modes don’t introduce much that is new to the game type but what they have they do well.  The weapons feel, for the most part, balanced with their cost.  Each skill has its use that will stay useful throughout the match.  My personal favorite play style is to buy the combat knife and focus on buffing up my character to have more health and shields while resisting insta kills so I can take dinos head on, claw and claw.  These game modes can be fun, especially with friends, but they’re really the only ones worth playing as you can’t find any populated servers for the other game modes.  (Which are a variety of team deathmatch style games, one of which being a humans versus dinos mode) 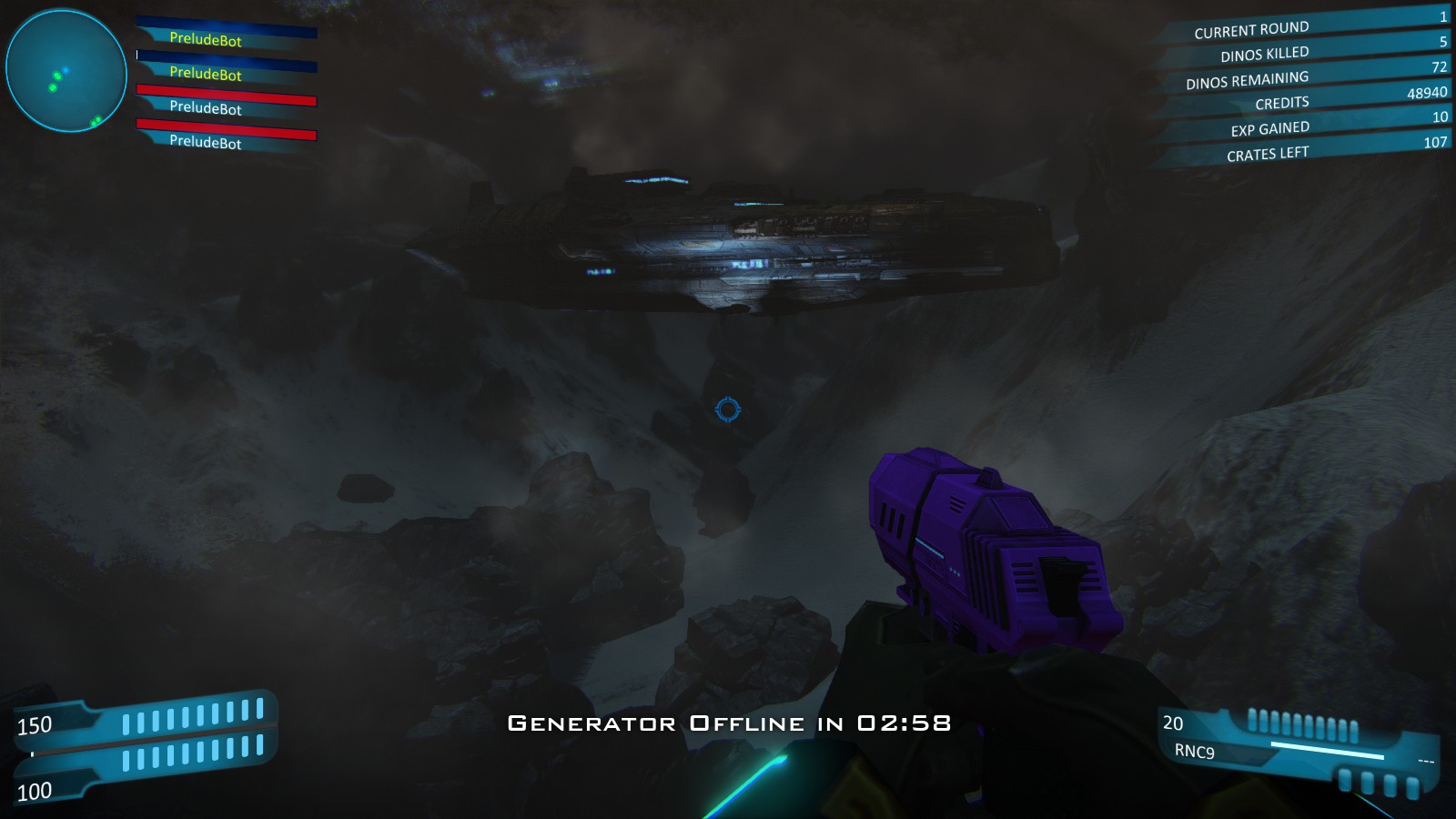 The environments Orion: Prelude takes place in are nothing spectacular graphics wise but they are interesting.  They’re mostly wildlands with abandoned buildings and large space ships overhead that decor the map and leave the player wondering why exactly people are here, what is their purpose, and why the hell do they have to protect the generators that are out in the middle of the open?  Orion: Prelude’s map design leaves you wanting a story to be told in a game that has none and depending on how you want to view that, it could be good or bad.

Fetch me a Pizza 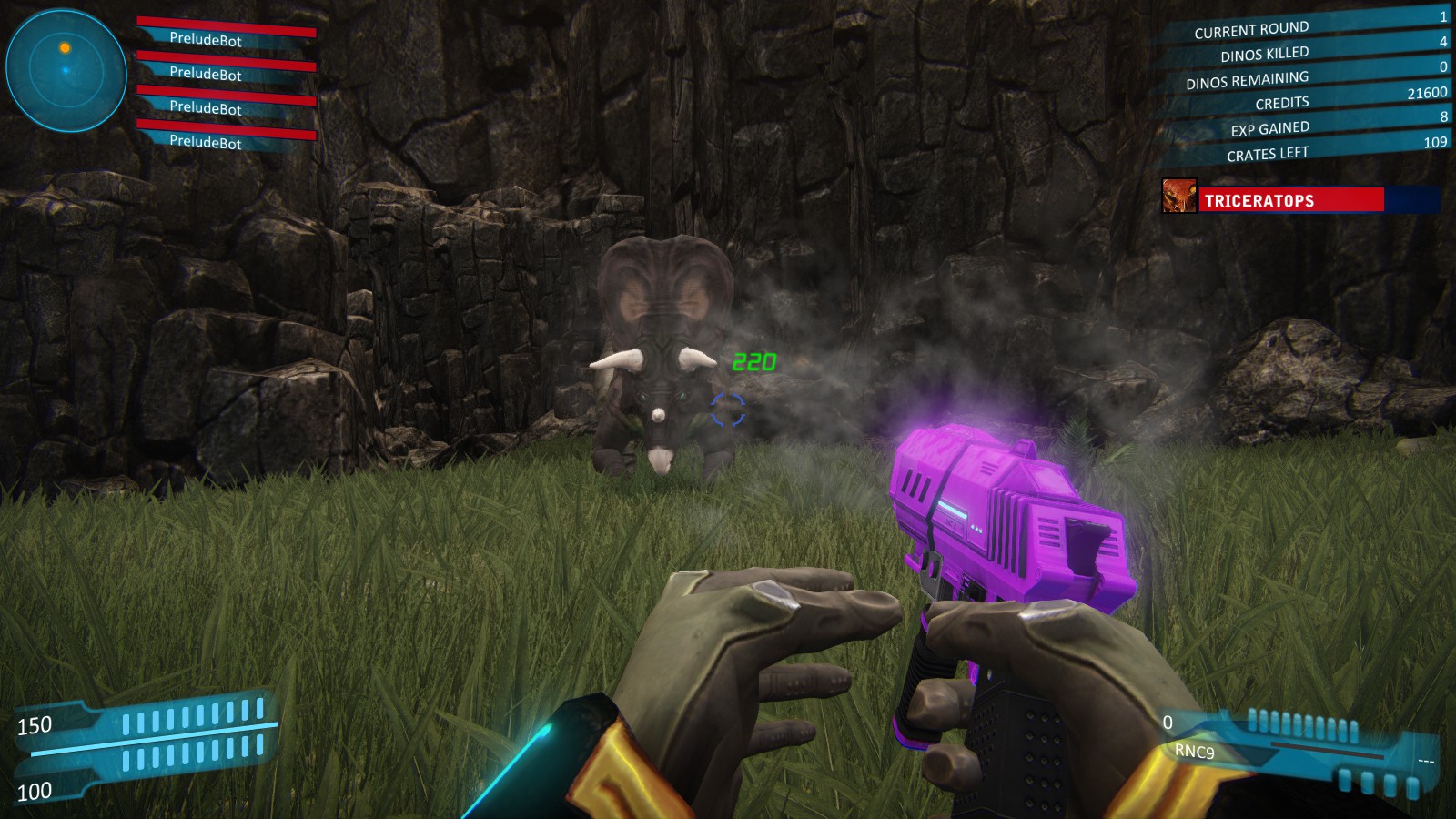 Similar to the voice overs in MOBAs or Shooters there is a voice to be heard in Orion and it can be quite funny to listen to.  As you take down raptor after raptor and stack up the scorestreak his commentary grows from the norm to the ridiculous.  My favorite phrase being “Fetch me a pizza”, like a gamer doing so well you should just feed him so he/she can keep on fighting.  If the Orion series (yes there’s going to be more, one is in development now) is going to continue going down the arcadey playstyle that Prelude did then I only hope to hear more commentary in the future. 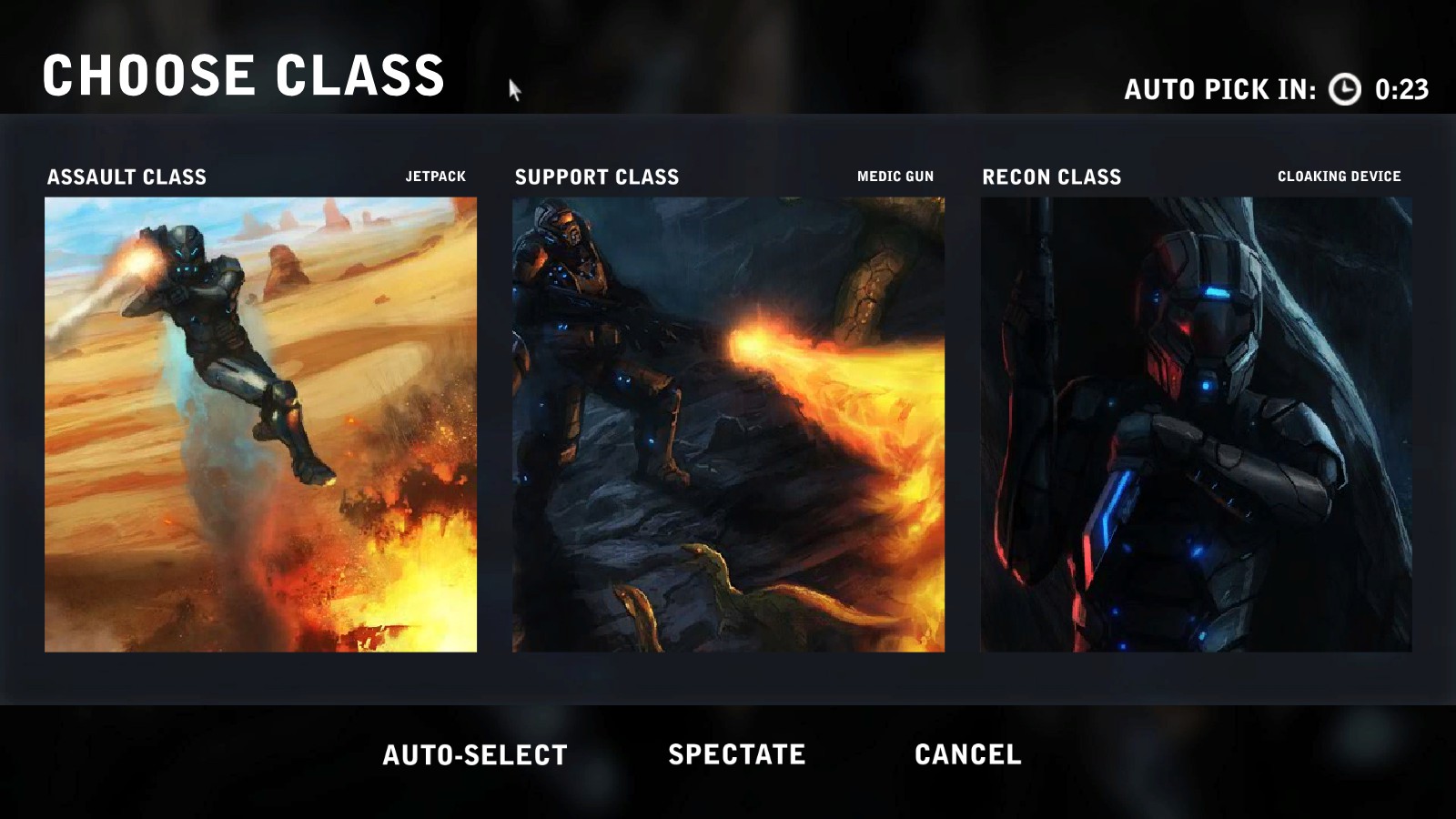 There are three classes to choose from, assault, support, and recon.  Assault starts out with a jetpack to get to high places, making land based dinos a bit easier to deal with but you’ll need to watch out for the predators of the sky.  Support essentially acts as a tank being able to not only heal allies, but their vehicles, their self, and the generator.  Lastly Recon can turn invisible for a short time which can be useful when being cornered by one of the more dangerous, larger predators of Orion: Prelude. 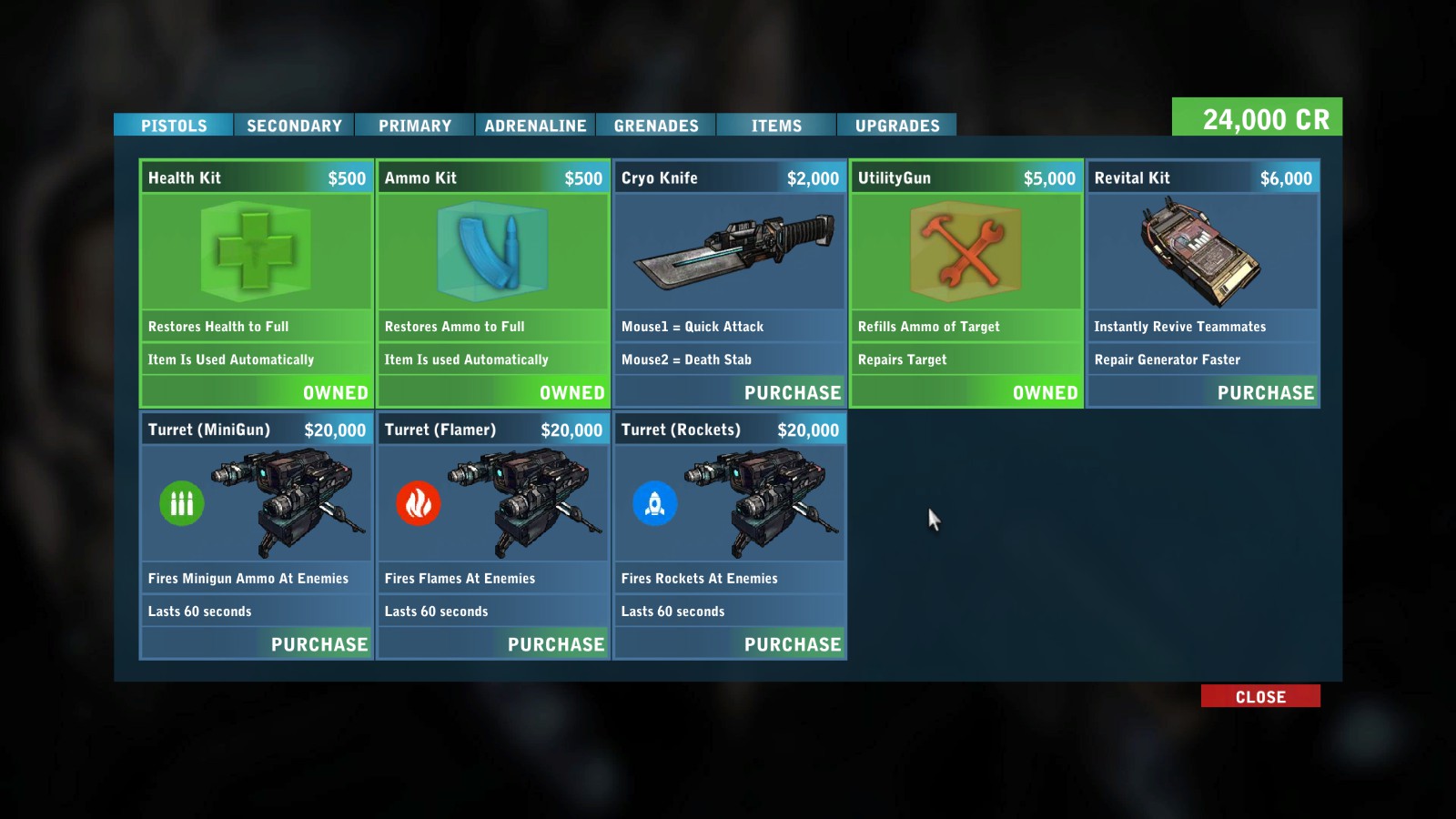 When nearly two million people own a game and a server only has less than a thousand players online at any given point (Titanfall I’m looking at you) it’s clear what the game is meant to be.  It’s a fun way to pass the time in between those newer, grander titles that come out through the year.  Which is what Orion: Prelude has become and is totally fine seeing as the game cost a dollar and can offer hours of entertainment for every dime spent.  It’s the closest thing to a mobile game at a PC quality as you can get.  So take my advice, buy a few copies for you and your friends and have fun shooting, stabbing, and eating dinos during the down times between your more anticipated titles. 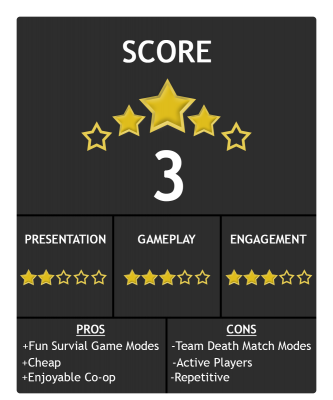