My name is Razelle; on the internet I just use the last name Lockwood to keep any semblance of privacy intact. Although,  I’ve never met anyone with my name in my everyday life or even online. Grist of Flies is the first game I’ve released publicly, but I’ve been working on two other games off and on, one which will be an episodic story that I plan on finally unveiling sometime this September. What is Grist of Flies?

GoF is a RPG that focuses on battle strategy instead of dungeon crawling or puzzles. You could say the battles are in fact the puzzles, but that’s mainly for the amount of party composition you give to each squad. Not everything will work for every enemy, but there’s some fun combinations that will allow you to push through just about anything that comes your way.
I kept the story simple to help show what I wanted to in the hour’s time the judges will be playing the game. Instead of focusing on plot, I instead focused on characters. The dialogue wasn’t too numerous thanks to the hour long play limit, but this game’s story was always solely planned with the characters in mind. Everything else story related came at the end of game’s development cycle.

Why did you decide to enter the IGMC 2015 with Grist of Flies?

I love turn based RPGs; it helps that with RPG Maker you could focus on making solid gameplay and art without stressing yourself too much about the month long time limit of the contest. I’ve also been itching for more modern setting RPGs and “Vexed Engima’s POP! Horror City tiles” were perfect for what I had in mind.
Additionally, I wanted to begin my foray into releasing the stuff I make to the general public online. What better way to do that than with a pretty high profile contest? What makes the game stand out from other turn based RPGs?

It’s different from just about any commercial title I’ve played because status effects aren’t resisted by the enemy and instead of the normal Attack, Defend, Skill/Magic, Item layout of most battle menus, Each party member in the game is actually composed of five different people. These squads of people will instead have their name show up in battle which will give a list of their commands.
Basically instead of equipping weapons and armor to your group, you’re equipping people.

The team building nature of the game is quite unique, how did you come up with it and was it something difficult to balance?

I try to put something unique into every turn based battle system I end up working on. In my current main project under wraps, each piece of equipment would take over the skill slots and give the player their skillset depending on what they equipped. For GoF, I just took it a step further. When the idea hit me, I just had to roll with it because it sounded like it’d be fun to use people as building blocks for making unique squads.
I made sure to give each character a common set of skills on top of what made them unique, so balancing would be much easier. Other than making sure enemy attacks wouldn’t be overpowered, balancing mostly took care of itself once I made the skills. Why did you choose to base the combat of Grist of Flies over team members instead of the more traditional items and gear as seen in the genre?

The IGMC has a theme of Growth. I didn’t want my theme to be easily missed, but I also didn’t want to make growth be so simple as leveling up. I doubt leveling up would have been satisfactory anyway, so I opted to grow the pool of potential members. Other than that, I thought of the idea while planning the battle system, and liked it enough to just run with it and see where it would go.

There are a total of fifteen characters in the game, many of which are optional to find along your journey.  Are there any particular characters that stand out to you and if so, why do they stand out?

Other than the five main characters who carry most of the story, The characters Gloria and Virgil allow you to each create an extra squad for battle, so I wanted to give them more time to develop through other character events. I also wanted to add a few lighthearted moments in what would normally be a doom-and-gloom plot, so creating characters like Iris, Marie, and Xavier with that in mind made them stand out in particular for me. The music behind Grist of Flies is also quite a unique choice for the genre.  Why did you find it befitting the game?

The game was originally going to be a love letter to oldschool black and white horror films. While looking for music, Black Math’s stuff just spoke to me. It was perfect for use in a modern setting game whose setting wasn’t quite 21st century. Some of the songs reminded me of my original goal with monster movies as well, so I just had to use their stuff.

The name Grist of Flies is interesting, how did you come up with it?

I wanted a name that would give off the imagery of flies buzzing around a corpse, to fit with the overall theme of the game. Grist came about because I rememberd that the word could be used to say an amount of something. So, instead of a school of fish, we’ve got ourselves a grist of flies.
Grist was also chosen because putting together Grist of Flies on google without quotation marks yields less than 200,000 results. From here on out, I’m making sure my games will be easy to find with a quick google search, so titles have to be unique yet fitting. No “Legends of” or anything with fantasy in the name here. 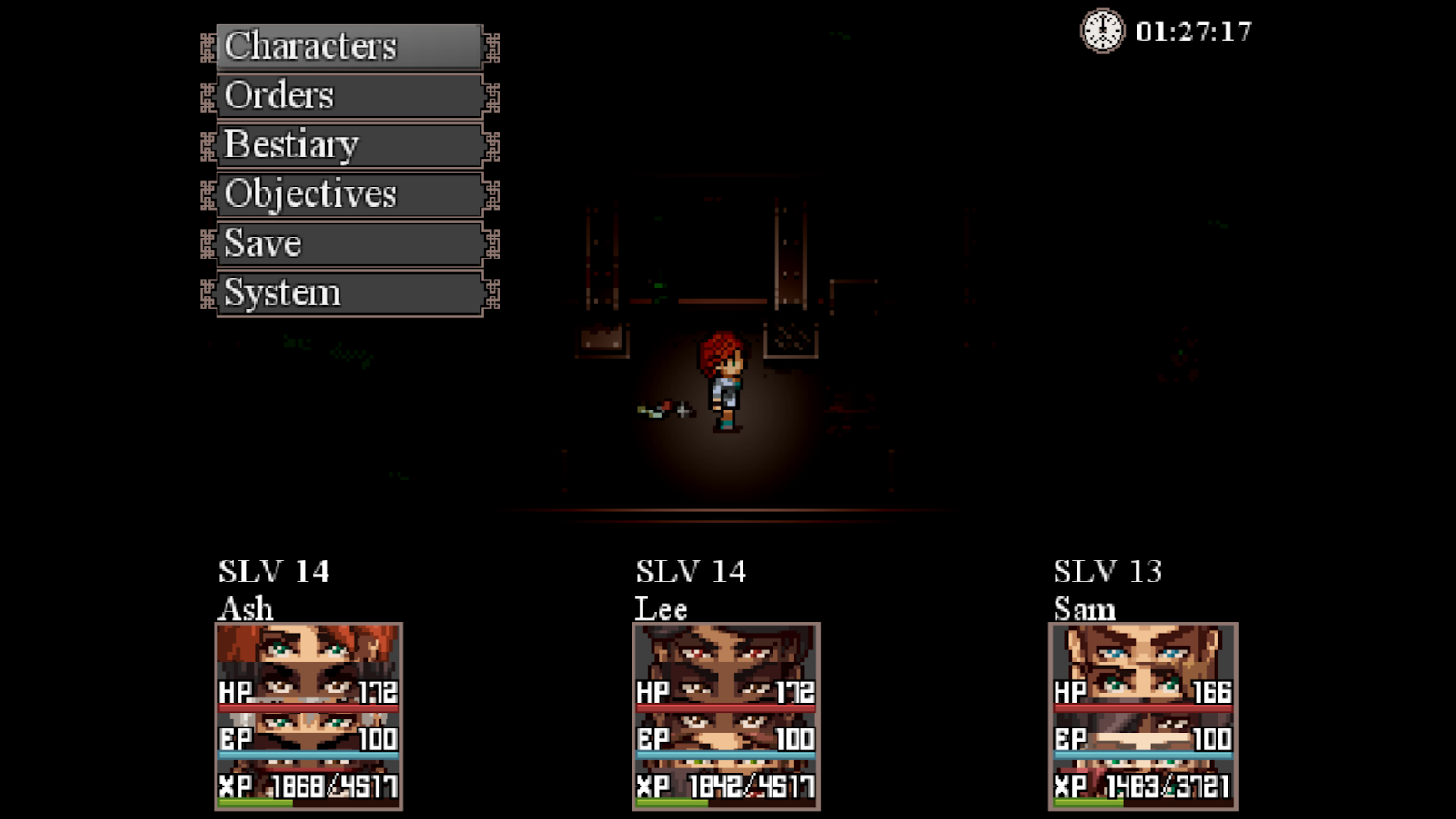 Do you plan on working on the game beyond IGMC 2015?  If so what are your intentions with the game and what do you hope to achieve with it?

It depends on the game’s placing in the contest, but if the game becomes more popular in spite of my lack of marketing, I’ll definitely be adding more to it. The plan would be to make dungeons more involved while adding a lot of events that play at random times to give much more fleshed out characters. The plot will also be a lot more involved than the current one to make it more about a standard apocalyptic survival story. Lastly, I’d remove the level 20 cap and add a skill or two to each character’s roster to be learned later in the game.
I’d hope to achieve a game that people would enjoy spending time with. That’s really my goal for any game I make. To give like-minded individuals an experience they can really enjoy.

Completing a game in just thirty days can be difficult, what did you find most challenging about the contest and was there anything you felt you learned from overcoming those challenges?

This was my first time using Ruby code to create a game, so my lack of knowledge on that front held me back a bit. On top of that not all scripts from the RPG Maker community that I wanted to use would play nice with each other. I had to scrap making GoF a first person dungeon crawler because I didn’t have the means to remedy the script incompatibilities that caused the game to crash constantly. Fixing the remaining script related bugs in the game have made me a bit more comfortable with Ruby however, which will become more apparent in my next endeavor. 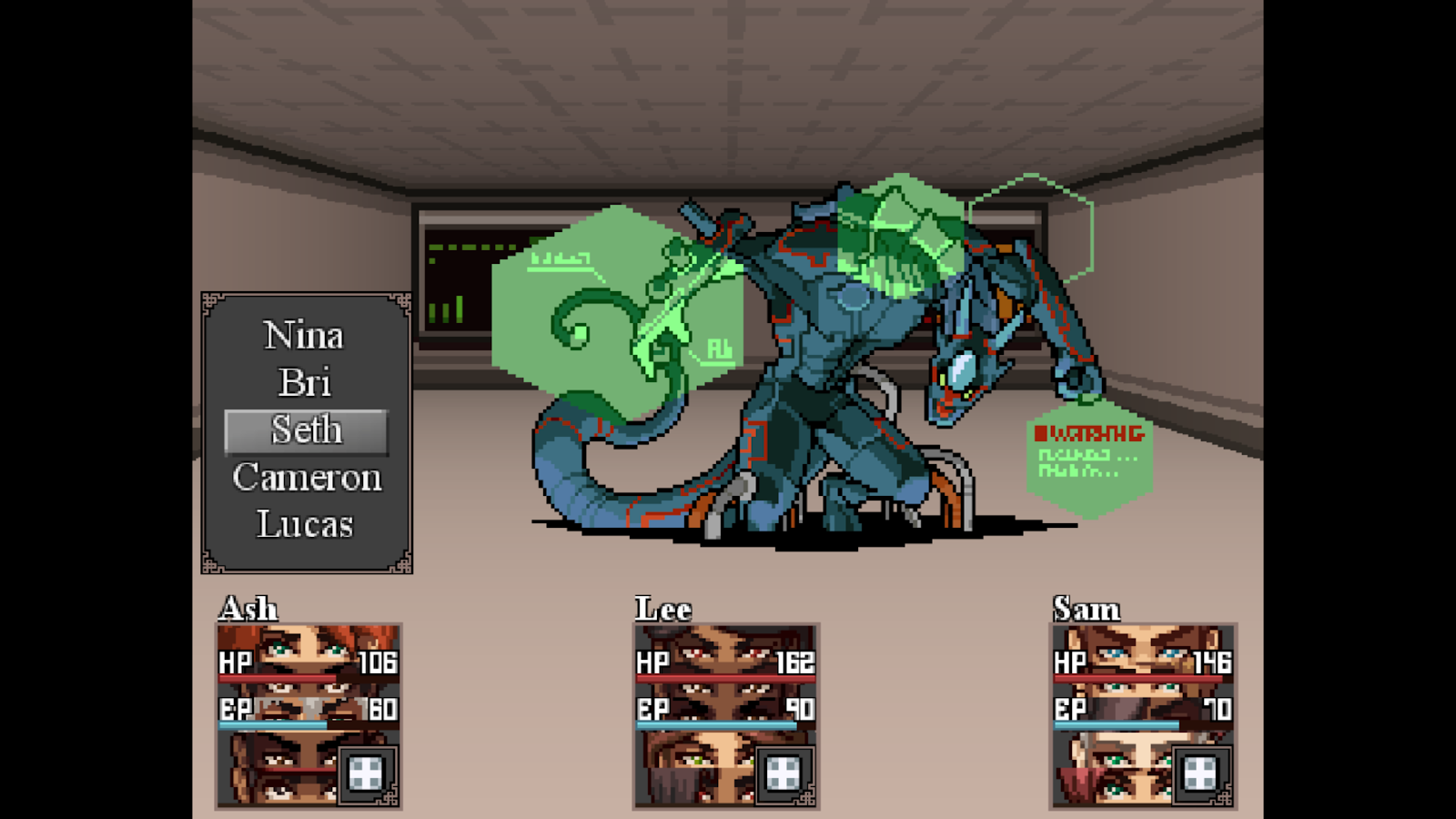 I’m just starting with an online presence, but for any future games I’ll always be posting my projects to rpgmaker.net, so you can always find my profile here.
Here’s Grist of Flies’ submission page for those interested.

I’d like to thank those who allowed me to use their resources in a commercial setting, and thank any players ahead of time for giving GoF a shot.
To all aspiring devs out there, the only thing that can truly hold you back is yourself; Finish the stuff you work on and you’re already ahead of the curve. Good luck.
—-
What do you think of Grist of Flies?  Was this bug infested title one you enjoyed?  Let us know in the comments below and be sure to stick with GamerBolt for all your gaming news, reviews, and more!
Share
Facebook
Twitter
Pinterest
WhatsApp

Streaming video game play has become something of a boom industry in the past decade. The most well-known game streaming platform is Twitch, which...
Read more