Whether it’s revisiting old favorites in remakes or exploring amazing worlds in daring new titles, 2023 has it all. This is the best time to try and buy a current-generation console since every major studio will have big titles releasing this year.

From Legend of Zelda: Breath of the Wild 2, which was supposed to release in 2022 but couldn’t due to delays to Starfield, we have countless games releasing in 2023. So, this is a huge year for gamers, and they are already excited to fire up their consoles and play their favorite games.

Some big names will soon arrive in our game libraries in 2023, hopefully without any more delays. Players are getting impatient with every delay that occurs for their favorite game and are looking forward to playing some more exciting games.

As a result of some contemplation and asking around, we’ve compiled a list of some of the most anticipated games coming in 2023. So, let’s get right to it! 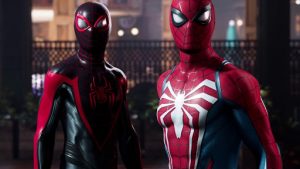 Spider-Man 2 is definitely at the top of countless players’ list of the most anticipated games that will be released in 2023.  The game’s prequel was released in 2018 and was among the most amazing titles and one of the best superhero games ever.

As a PlayStation 5 launch title, Insomniac used a lot of their magic to create a much more focused Spider-Man game. The game continues the story of Peter Parker and Miles Morales as they go around the neighborhood facing new opponents.

There is currently still quite a lot to learn about the sequel to Marvel’s Spiderman. However, we do know some details, owing to the game’s initial reveal. It will be released in the year 2023; we aren’t quite sure what time.

We also know that Miles Morales and Peter Parker will be playable, and the Venom Symbiote will be in the game. It is also rumored that Kraven the Hunter will be among the list of villains in the game. 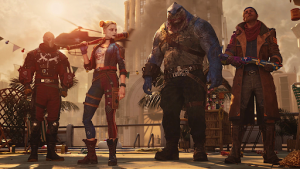 Developed by Rocksteady Studios, Suicide Squad: Kill The Justice League is an upcoming action-adventure game that players cannot wait for. The game is Rocksteady’s first title since the release of 2015’s Batman: Arkham Knight.

Fans have been wondering for years what the developers were cooking behind doors. That was until it was finally confirmed in 2020 that there was going to be a title related to the Suicide corner of the DCU.

The main story of this game is that Brainiac, the alien invader, has taken and brainwashed the Justice League. The Suicide Squad, assembled by Amanda Waller, is tasked with saving the superheroes.

The fans get to pick between Harley Quinn, Deadshot, Captain Boomerang, and King Shark in a story that can either be played with friends or solo. The only question is, will they really kill Justice League? To find out the answer to that question, fans will have to wait until 2023!

The Legend Of Zelda: Tears Of The Kingdom 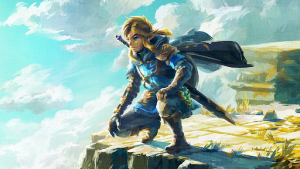 Players have been into The Legend of Zelda since the time of Game Boys and are still all for it. Many developers have copied the game and have tried to recreate the game, but unfortunately, no one could match the game’s level.

The current latest game in the series, “Legend of Zelda: Breath of the Wild” is considered to be one of the greatest games. The game lived up to the fan’s expectations of an open-world Zelda on an HD console and had an amazing launch title for the Nintendo Switch.

Tears of Kingdom has not revealed much about their gameplay, but it looks like the verticality of their world will offer meaningful changes to the next game. 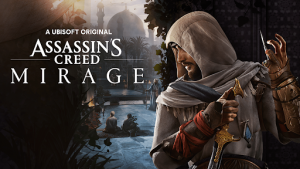 Assassin’s Creed Mirage is another action-adventure game highly anticipated by players to release in the upcoming year. Developed by Ubisoft, the game is the thirteenth installment in the Assassin’s Creed series.

The gameplay is based on the story of Basim Ibn Ishaq (first introduced in Valhalla), a character who lived during the Islamic Golden Age in 9th-century Baghdad. His transformation from street thief to a member of the Hidden ones, who fight for peace and freedom, will be interesting to play.

Mirage will release on almost all platforms, such as PlayStation 5, PlayStation 4, Xbox One, Microsoft Windows, Xbox Series X and Series S, and Amazon Luna. So, get ready for the release of Assassin’s Creed mirage, as it will be an exciting one like its predecessors! 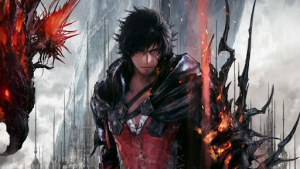 Not many Japanese Role-Playing games have as much hype surrounding them as Final Fantasy XVI. Several years have passed since the last mainline project, with players hoping that Square Enix has learned enough from their last project to develop an impressive game with this.

Different from the older Final Fantasy titles, Final Fantasy XVI has a distinct dark fantasy vibe. This will definitely attract fans of series similar to HBO’s Game of Thrones. The heavy action combat is bound to draw in fans of character action games.

So all that is left to discover now is whether the game’s story is any good and can generate even more fun Final Fantasy theories. The game certainly doesn’t look like older Final Fantasy titles, with a distinct dark fantasy vibe that will undoubtedly bring in fans of series like HBO’s Game of Thrones.

There’s no doubt that the heavy action combat will appeal to fans of character action games, so we now need to discover the game’s story and discover whether it can generate even more Final Fantasy theories. 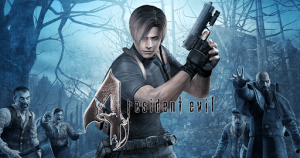 Plenty of success has met Capcom during their journey of remaking several of their older Resident Evil titles. They have also released a few new Resident Evil games. Most of their success is owed to the attention their classic survival-horror franchise is getting.

Pressure is super high within Capcom to make Resident Evil 4 the perfect game to meet the fans’ expectations. However, everything that Capcom has released up till now has been awesome, leaving fans impatiently wondering whether they will have to continue loving the Resident Evil games when this one is released in 2023. 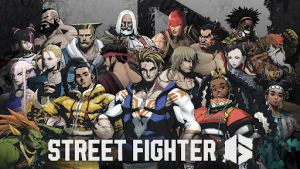 Capcom’s Street Fighter VI has everything fans have been wishing for, including control options for beginners and experienced players, to an impressive opening roster. Additionally, the game features some brilliant ’90s hip-hop visuals.

All of these features make it seem like the first time since Street Fighter IV that Street Fighter has a clear direction. The game’s Beta made left fans wanting for more and made them even more excited for the game’s release.

Players who prefer to play fighting games alone will also find a substantial story mode, as well as a robust character creator that allows them to customize their characters in Metro City. 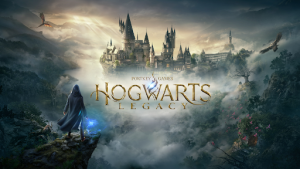 The game’s main story is that your character possesses the key to an ancient secret that threatens to destroy the wizarding world. Your only choice is to take control of the action and be at the center of your own adventure in the wizarding world, making your legacy a unique one.

Players can freely explore Hogsmeade, Hogwarts, the Forbidden Forest, as well as the surrounding Overland area. During your journey, you can also tend to magical beasts, grow plants, learn spells, and brew potions. Go after the best Wizard or Witch title once the game releases.

Starfield was among the games that were to be released in 2022. However, the game got delayed into 2023 right before the Xbox & Bethesda’s Summer Games Showcase, along with Arkane Studio’s Redfall. The game was officially announced in 2018.

With the release of Starfield, Bethesda is looking to prove once again why they are among the most favorite studios of players, as the game looks like a giant world begging to be explored by players.

The game features tons of character options for roleplay and the ability to collect a spaceship screw. Starfield might just be the most exhilarating and amusing space game players have been searching for all these years.

As a gamer, you know the importance of having an edge over your opponents. You also know the pain of being eliminated from a...
Read more
Accessories