With the release of The Banner Saga 2 not far around the corner it might be a good idea to refresh your minds on what made the first Banner Saga good, and what could be improved upon in the second.  For those who haven’t played the first one it’s definitely worth picking up, and seeing as how the saves from the first game carry over into the second it would be a good idea to play though you don’t have to if you want to just skip to the second game.  So let’s take a look… The Banner Saga is an RPG epic inspired by Norse Mythology.  In it you lead a caravan of warriors, varl (giants with horns), and civilians; trying to stay one step ahead of the dredge that pursue you, a species of stone giants set on killing all sentient life.  In it you make choices both directly through dialogue and indirectly through your actions that can affect your band of people’s moral, how they handle difficult situations, how they handle combat, amongst other things that in the end all decide who lives and who dies.

Speaking of combat The Banner Saga, is good, really good.  This is mainly due to how the two main stats of characters function.  There is health and armor.  Armor of course does what you would think it would do and lower the amount of damage you take, health on the other hand is a bit unique.  Health doesn’t just effect if your characters are alive but how well they can fight in combat.  If a character has fifteen health that means they can do fifteen damage.  As that health is lowered and they grow more injured they can’t swing their weapon as well or shoot an arrow with as much power.  Meaning as the fight goes on your situation grows more dire and if you don’t have characters help each other out some are bound to be brought down.

In order to lower an enemy’s health efficiently you first need to take down their armor.  But in a battle where you’re each landing blows on each other you have to constantly make the decision, do you take down their armor so your next attack does more damage, or do you attack their health so that their next attack doesn’t weaken or kill you?  Depending on the enemy you face, their abilities, and what other enemies are around this is never typically a straightforward answer.  You just go with what you feel is right and hope for the best. 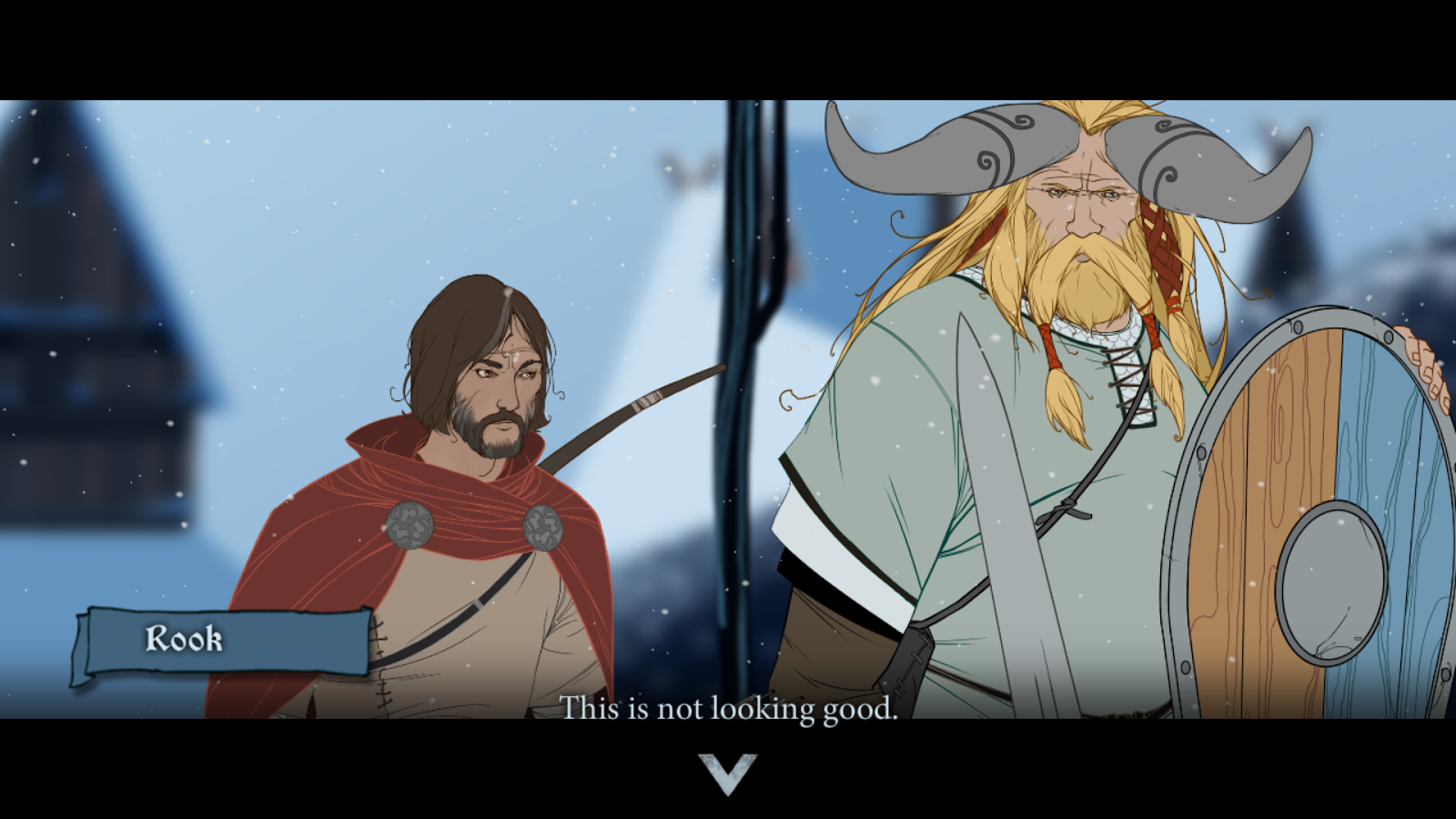 From the start of the game you’re brought into a world in which the gods are dead, the sun has stopped in the sky, and everyone seems doomed to die sooner or later.  As such your goal is pretty straight forward, keep as many people alive as possible, but the road to that goal is riddled with twist and turns, and forks in the road.  You’ll need to bring on more people to help you survive and replace those who have fallen, but who can you trust and are you prepared to deal with whatever comes next if you take their help or not?  Few live in peace during these difficult times and it’s few things are black and white.  Instead many things are varieties of gray and smeared in blood.  You’ll just have to do your best to pick what shade of gray suits you and how much of that blood is smeared on your banner.

The World and your Banner 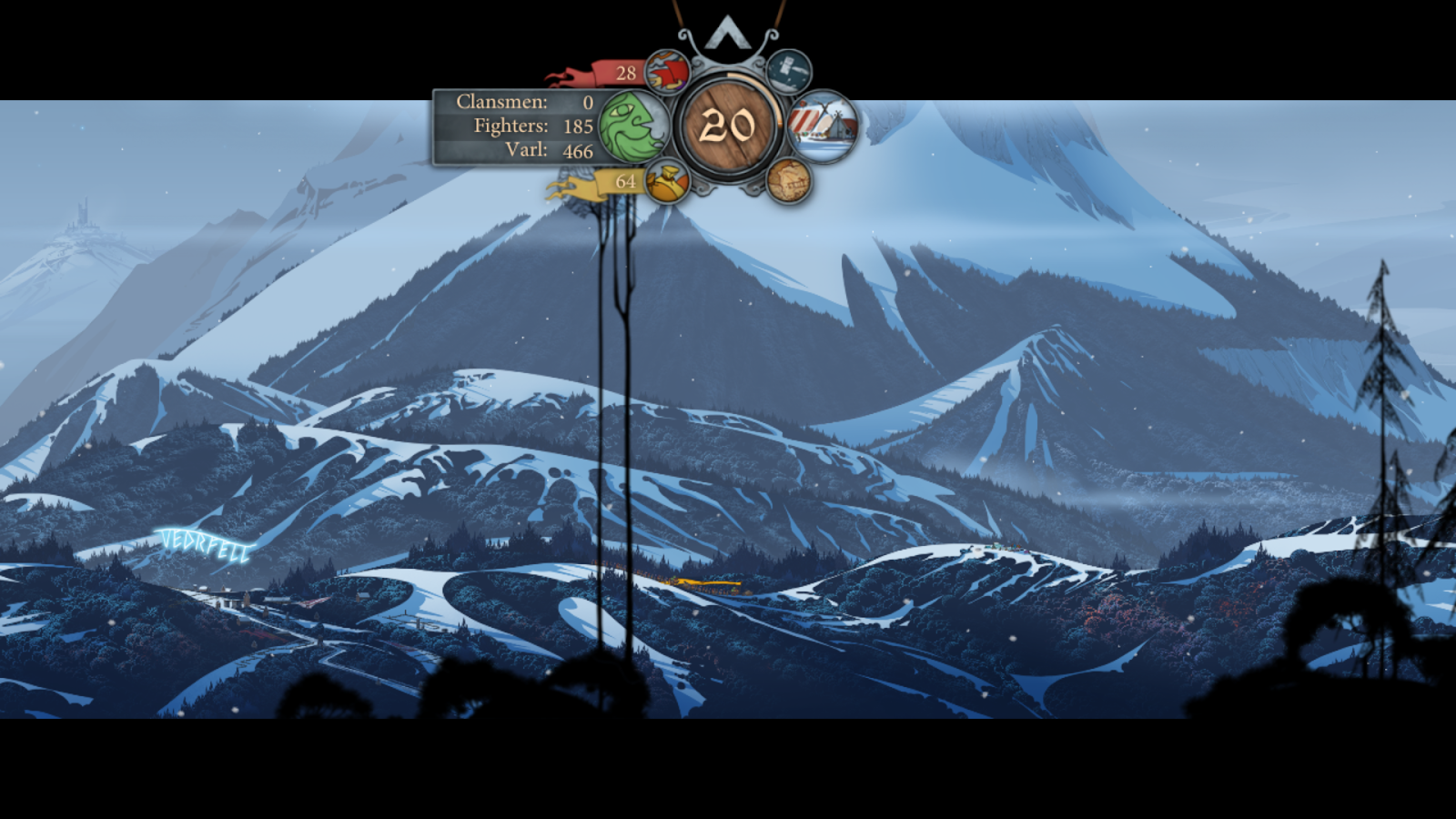 In a game named, The Banner Saga, you would expect the banner to mean something and it does, to an extent.  Though it isn’t shown in much detail the banner represents the families and history of your group.  As people join your group they’re families are stitched into the fabric and as your story goes on your banner grows ever longer telling the tale that is your tale.  This can be said about much of the game.  It is as detailed and expansive as you want it to be.  When your caravan travels across the hilltops you can see landmarks of far and distant lands.  Upon looking at the map you can read the history of those lands and if you so choose, ask questions about them when the topic arises.  As you pass by towns and cities, and the statues of the gods of old you can take time to talk to characters and look around to discover more about them, or you could just carry on and get yourself to the next fight.  Either way is entertaining but some good writing and lore has been put into The Banner Saga so I’d recommend you’d take the time to read it.  It might just make you a bit more interested in saving this world in the end, or at least surviving in it. 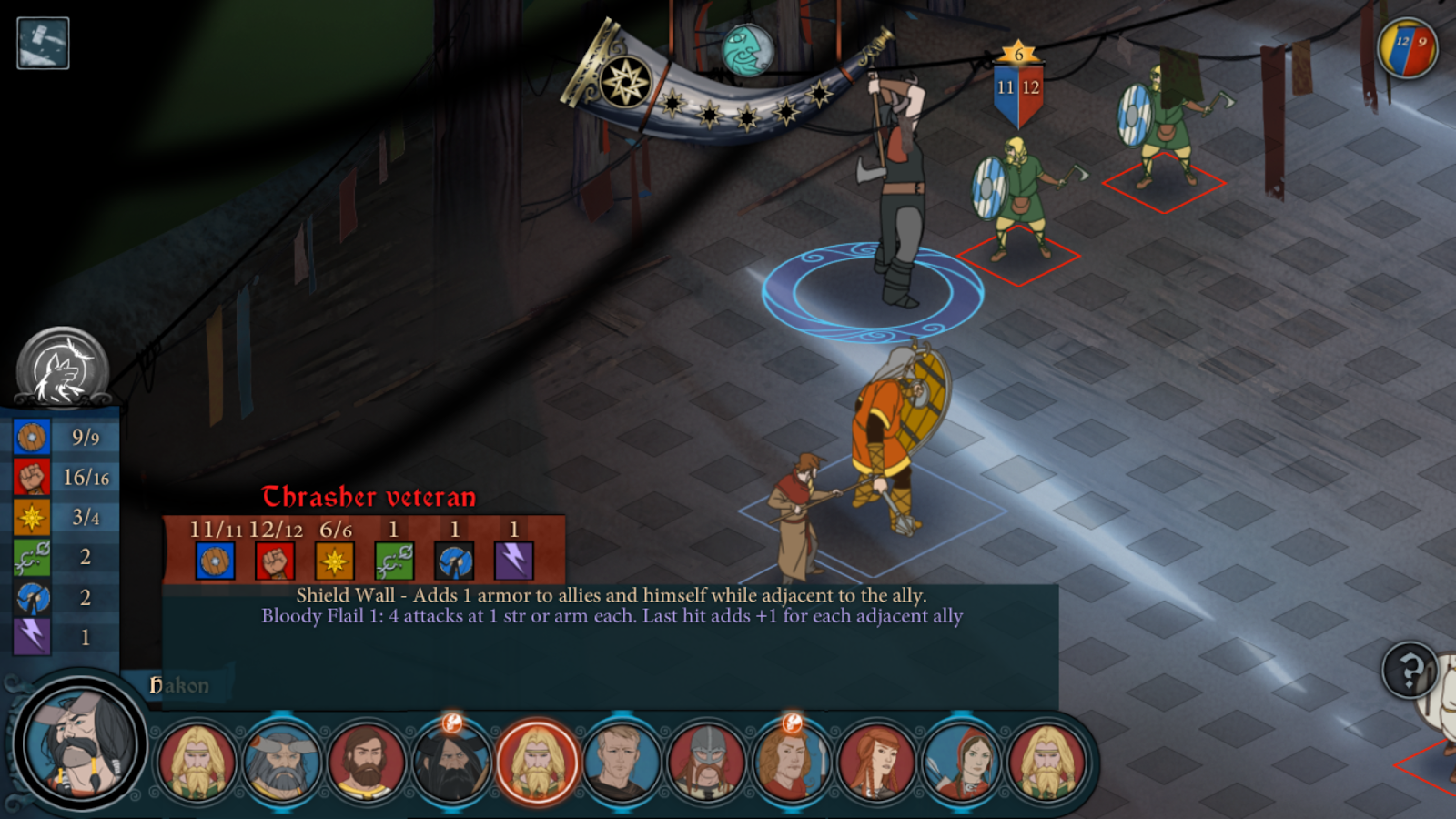 The Banner Saga is a good game with an interesting story, and a challenging combat system.  The characters are likeable when they should be and deserving of death when they need to be.  It is a part of a three part saga as the title implies so expect a tease of the next game towards the end.  Luckily for those who are just now picking up this tactical gem, you won’t have to wait long.  At least, not for the second part, you’ll have to wait for the final chapter just like the rest of us but I’m sure team at Stoic Studios will make sure it’s well worth the wait.