Today, there is a wide variety of third person shooters to choose from. These video game formats range from the really good ones to the absolutely dire ones. Currently, the third person shooter world is taken over by the Gears of War franchise. SOCOM: Special Forces is a new challenger to enter the fray.

SOCOM has been around for quite sometime now, and the Special Forces is the fourth in the series. These games have been generally good and consistent. According to the developers, the fourth edition offers an all new experience by using a Play Station Move as a controller and a 32 person online multiplayer mode. Let us find out how this game works.

When you start the campaign, you are pretty much thrown into the thick of the plot with little introduction to the main characters of the story. You play the role of a British character known as Cullen Gray, a.k.a. Ops Commander. Initially, Cullen is in charge of a three man team and as you move forward through the game, this is upgraded to a five man team for NATO. The story is set in an unnamed part of Asia where Cullen and his team are attempting to put down a rebellion from a group called the Naga.

Cullen and his team are entrusted with the task of protecting the main base. However, before the team can arrive, the NATO forces are overtaken by the Naga forces, which kill the commander of the operation, Gorman and destroy the main base. The rest of the plot revolves around Cullen and his team, who move around Asia trying to stop the Naga forces.

Though the story line is not bad, in the initial stages you may be left wondering what is happening. But the narrative is good and soon you are able to connect with each of the characters at a basic level. This makes SOCOM a gripping and an enjoyable story that is worth playing. 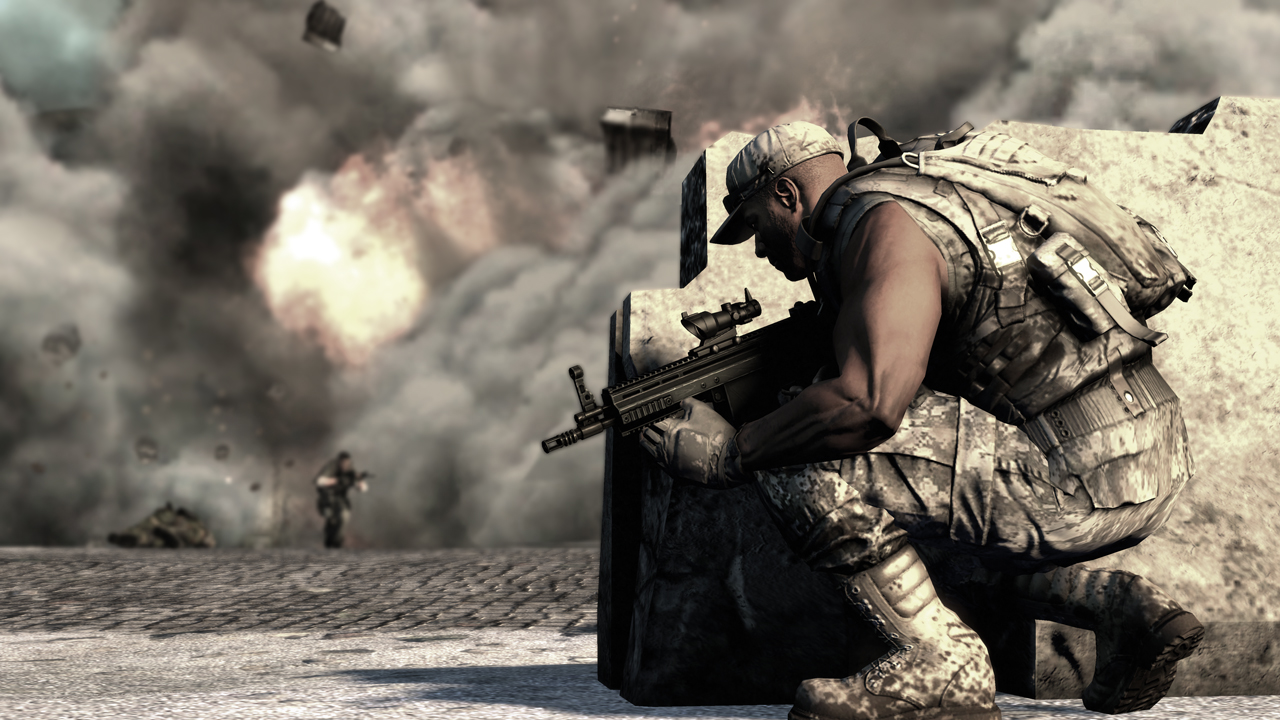 The graphics are really great and make for a very subtle but a beautiful looking game even though you do not notice it initially as you are either busy mowing down the Naga rebels or looking for different positions from where you can use maximum firepower to bring down the rebels. Once you begin to the notice the surroundings you will find that the background is absolutely stunning and visually breathtaking.

For the most part, the facial animations of the various characters are very impressively done. You will find that there has been a lot of effort from the designers to make the characters look really good. The sound effects are good and you will find that every gunshot or explosion sounds pretty much real. Even the voice acting is crisp and quite believable.

When it comes to the game play, you have two options. You can play this game either with the standard controller or opt for the PlayStation Move and Navigation controller. The Play Station mode takes some time to get used to, but once you get comfortable with it you will start enjoying the game as it is more fun. Though there is nothing wrong with the normal controller, PlayStation Move feels more natural when playing the game. Of course, you will still have to use the button press to reload but the fact is the PS Move is designed perfectly for the game. The controls can be mastered pretty quickly, so you can start taking down the enemy easily.

Finally, the SOCOM: Special Forces is a good game to play. Though the game is not without some minor glitches, it is still good, and with the inclusion of the PlayStation Move, it is much more interesting and enjoyable.