Echtra Games, the developers behind the free-to-play Torchlight title named “Torchlight Frontiers”, have announced that they are completely overhauling their game and are renaming it “Torchlight III“. 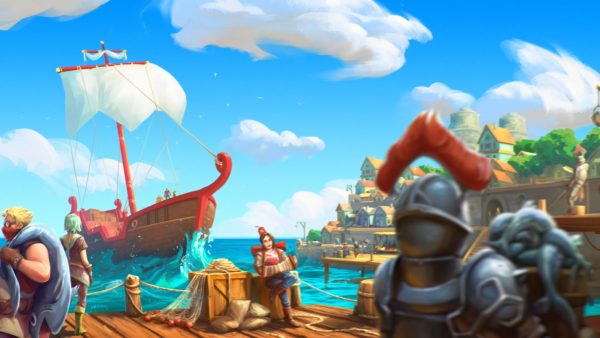 Along with this announcement, they also uploaded an announcement video showcasing some of the biggest changes that are coming to the game, with Max Schaefer (The creator of the Torchlight series) talking in the background and explaining how and why they made this decision. Here’s the video:

Unlike Torchlight Frontiers, which was a free-to-play title, Torchlight III will not follow the same path and will transition into a premium model. Another big announcement for the game is that they will transfer the game from the Arc platform to Steam, making it a whole lot more accessible by a larger playerbase. The creator also said that they are not entirely focused on the online aspect of the game, however, you will have the option to play with your friends online and you will also have the ability to play offline. This is huge and great news for the title and it is mostly thanks to the positive player feedback that they gathered from Torchlight Frontier’s Alpha Testing.

Torchlight III will be available on Steam (Torchlight III’s Steam link) for a yet unknown price, this Summer. We will be posting more news regarding the game’s development progress in the coming future.