Gunpoint from the creative mind, Tom Francis, is a stealth-based, puzzle-platform game.  One that features hacking, jumping, shooting, and a plenty of action based humor.  If falling three stories only to land smack on your face and survive is something you find funny you’re going to love this game. 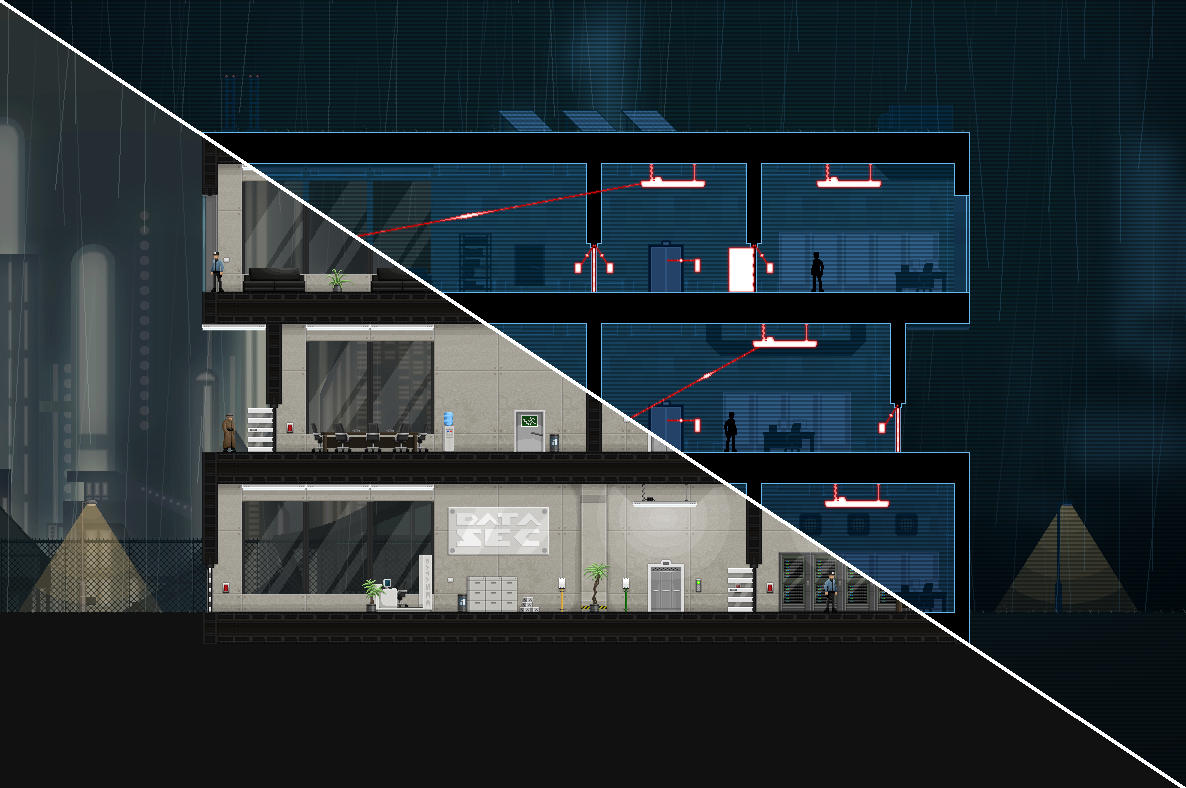 One of the main abilities you have in the game is to hack objects.  Now instead of typing codes and unlocking doors what you’ll be doing here is changing connections between sources and objects.  By this I mean if you rewire a light switch to a security door when a guard goes to flip on the lights instead of turning on the lights like he thought he would he instead opens the door for you to go through.  It is this mechanic amongst others that make this a puzzle game about figuring out what ways you can twist the map and the people in it to your advantage.  Tricking guards into letting you into high security areas and finding clever escapes are just some of the joys to be had in Gunpoint and it all feels very responsive.  If you make a mistake the consequences are immediate and before you have a moment to go feel bad about your mistake you’re back in the action trying to solve it again. 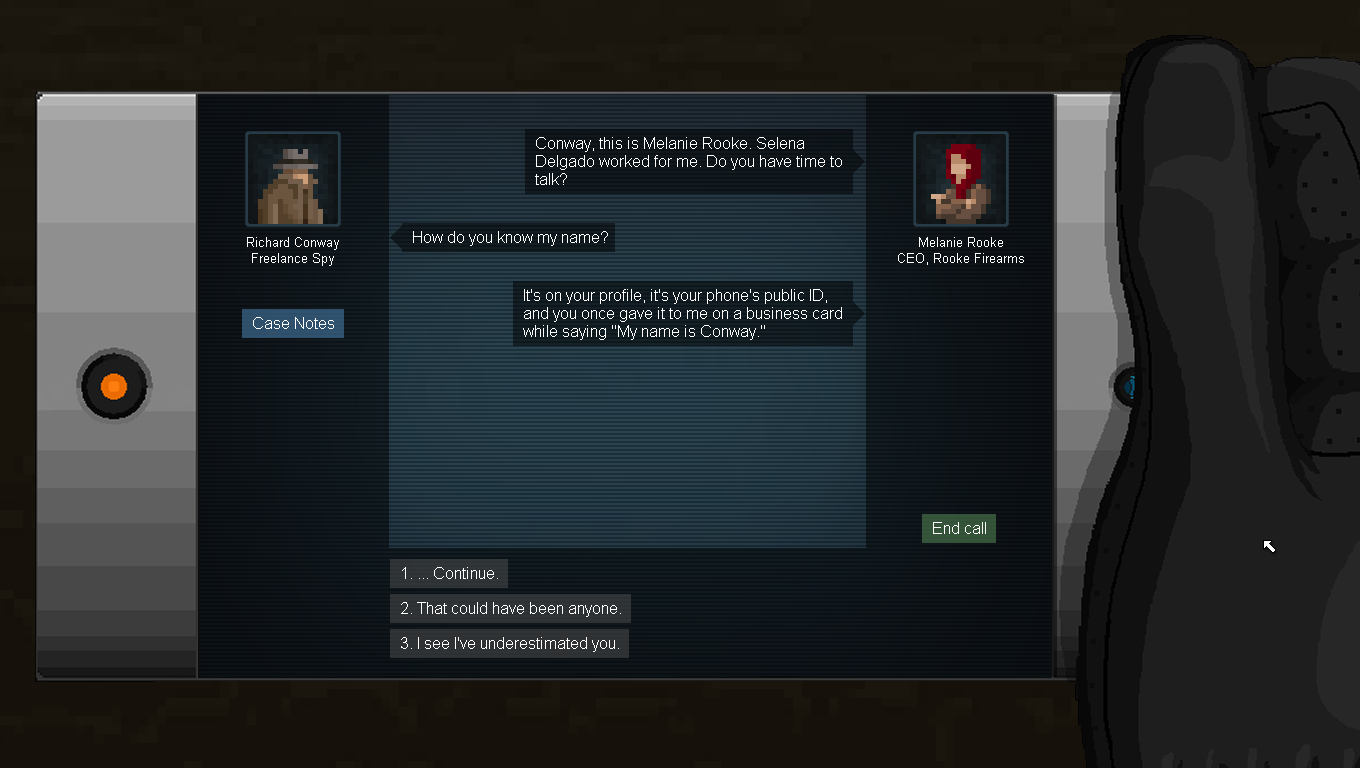 If you don’t like to laugh than Gunpoint is not for you.  If you do like cheesy humor that has your giggling at every action you take and every word the characters say then you’re in luck because although Gunpoint only takes a couple hours to complete it will have you smiling the whole way through.  One of my favorite moments was when I jumped on a guard and began punching him in the face.  Instead of being click this button for knockout click the other for a fatal take down, you can punch as long as you want to.  A mechanic that allows you to give a quick hit in order to knockout a guard or continue punching in order to kill them.  As I continued to punch messages would display form the developer such as, “It only takes one punch to knock them out.” or, “Please stop.” “Jesus Christ.”  “There’s no achievement for this.”  Which only encouraged me to punch the guard over and over again 500 times.  I’m pretty sure if someone had done that in real life they’d be locked up in a psych ward right now.  But it was funny none the less. 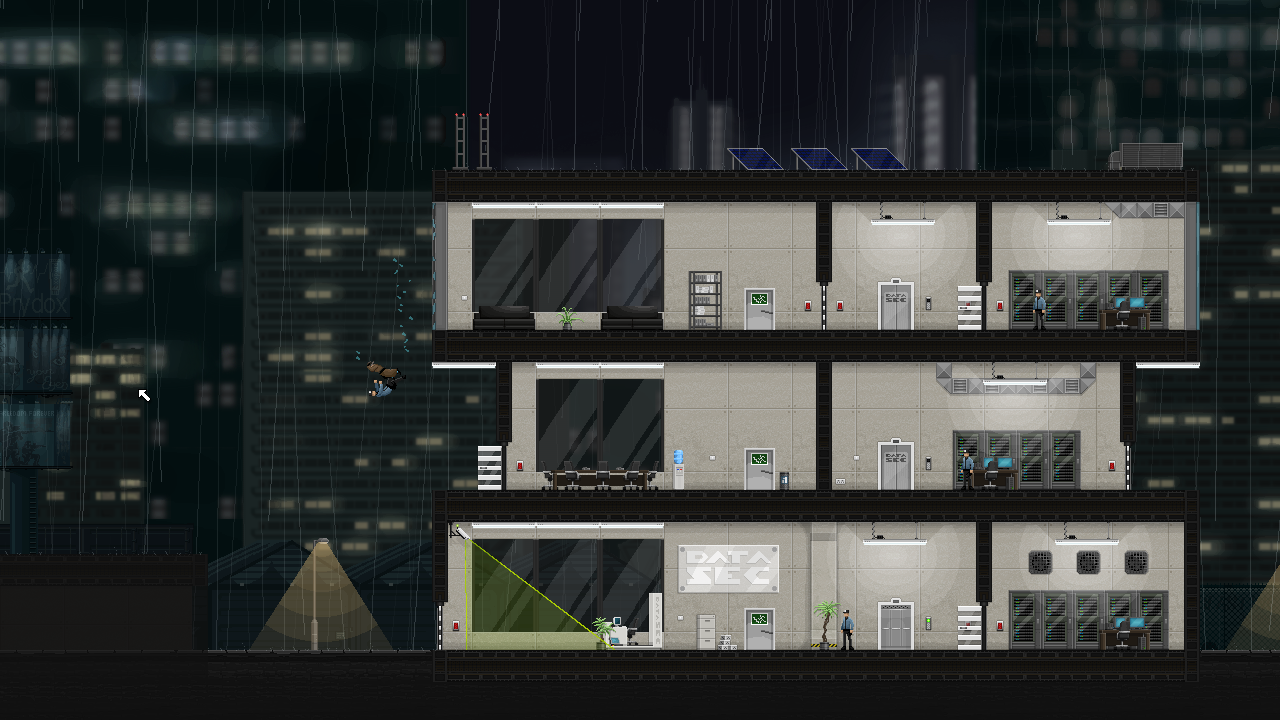 This is a game where stealth is encouraged but action is fun.  The mechanics work well together in that you’ll try to sneak past guards at one moment to get closer to your destination but at some point you’ll want to start splitting guards off from each other and pick them off one by one.  You can do this by using the environment to hurt them, putting them at gunpoint to keep them from shooting as you try and get the upperhand, and jumping with them out a window and using their body as a landing mat.  The mix of gameplay styles fits well together and in the two to three hour campaign you’ll likely go back and forth between them often. 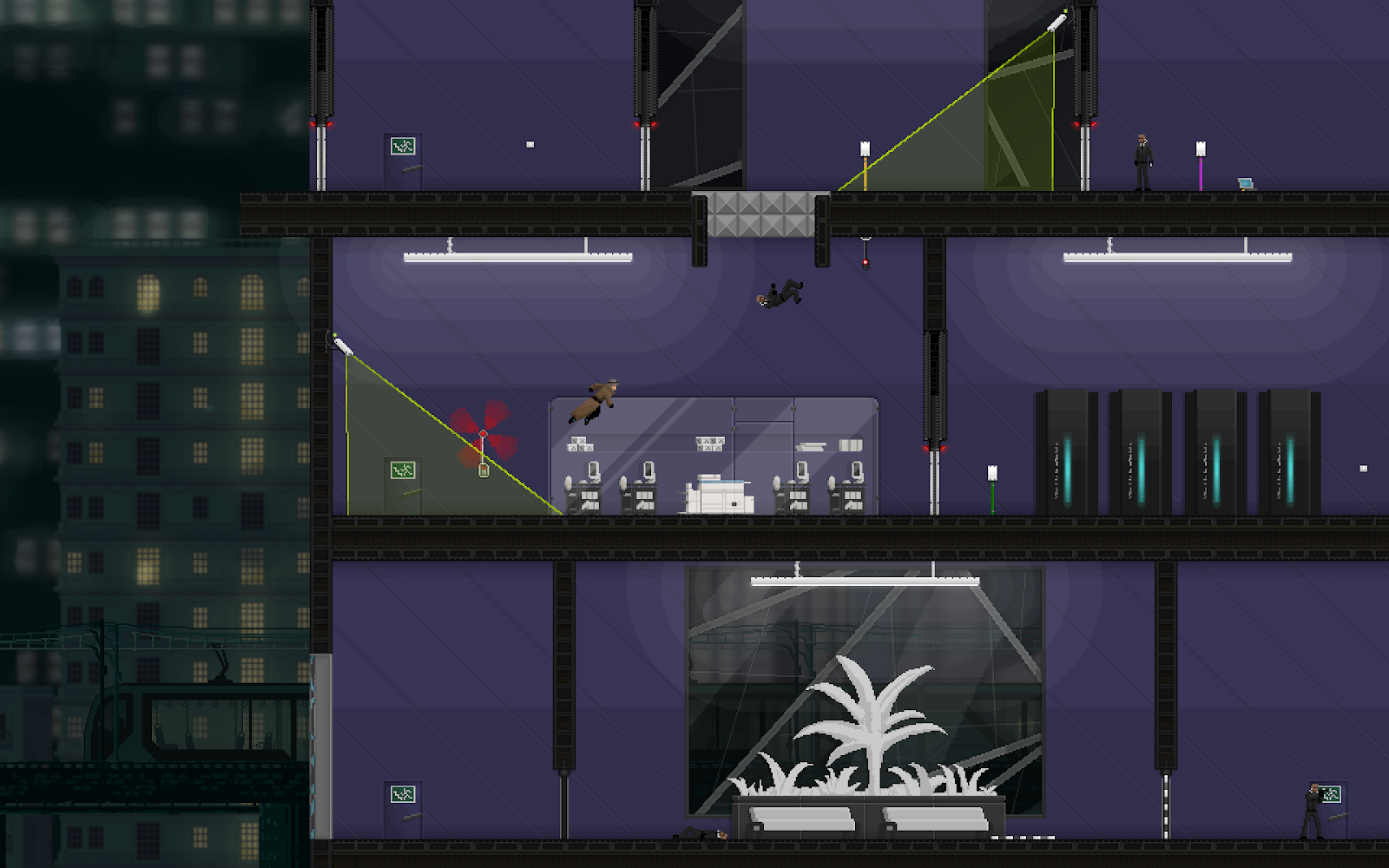 Gunpoint may be short but it crams a lot of fun and enjoyable gameplay into those few hours.  It’s not a game that will keep you busy during the game droughts of the summer months but it will give you something to talk about and share with your friends, bringing a little bit more action-humor influenced smiles to your faces.