By Dakota B.
September 3, 2015
EditorialsFeaturedNews 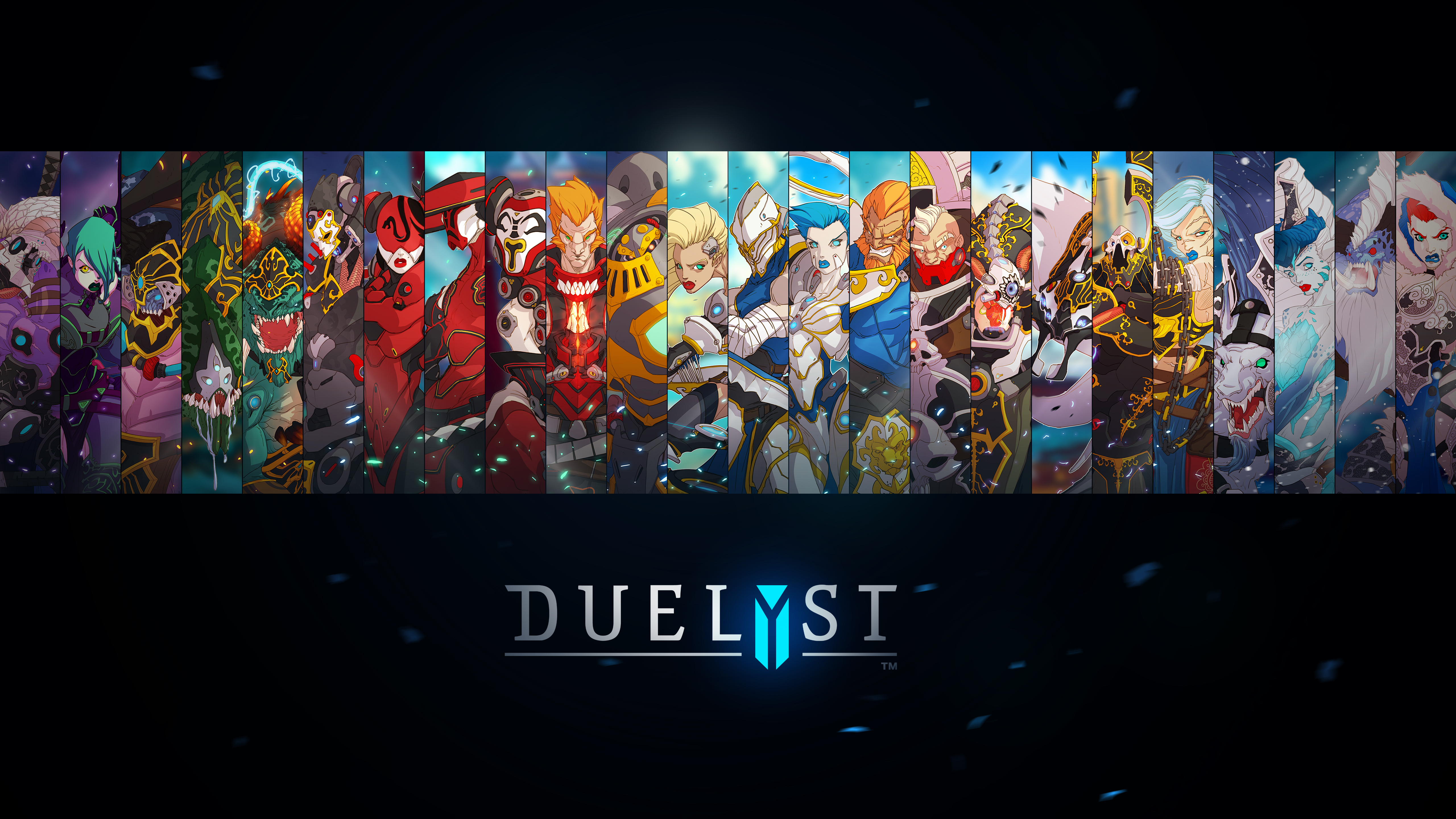 Recently I was able to get my hands on the private beta for Duelyst, a tactical, turn based, multiplayer, strategy game by Counterplay Games.  In short the game features beautiful art and surprisingly detailed animations.  There are hundreds (if not thousands) of spells, minions, and equipment.  Most of which are more than just cards and come to life as detailed characters or objects on the battlefield.  Throw on top of that one of the most thrilling soundtracks that will bring you back to the battlefield just so you can get hyped by the music, even if you’re getting your butt handed to you nine times out of ten like I do.  So the game looks and sounds great, but how is the game itself?  Let’s take a look… 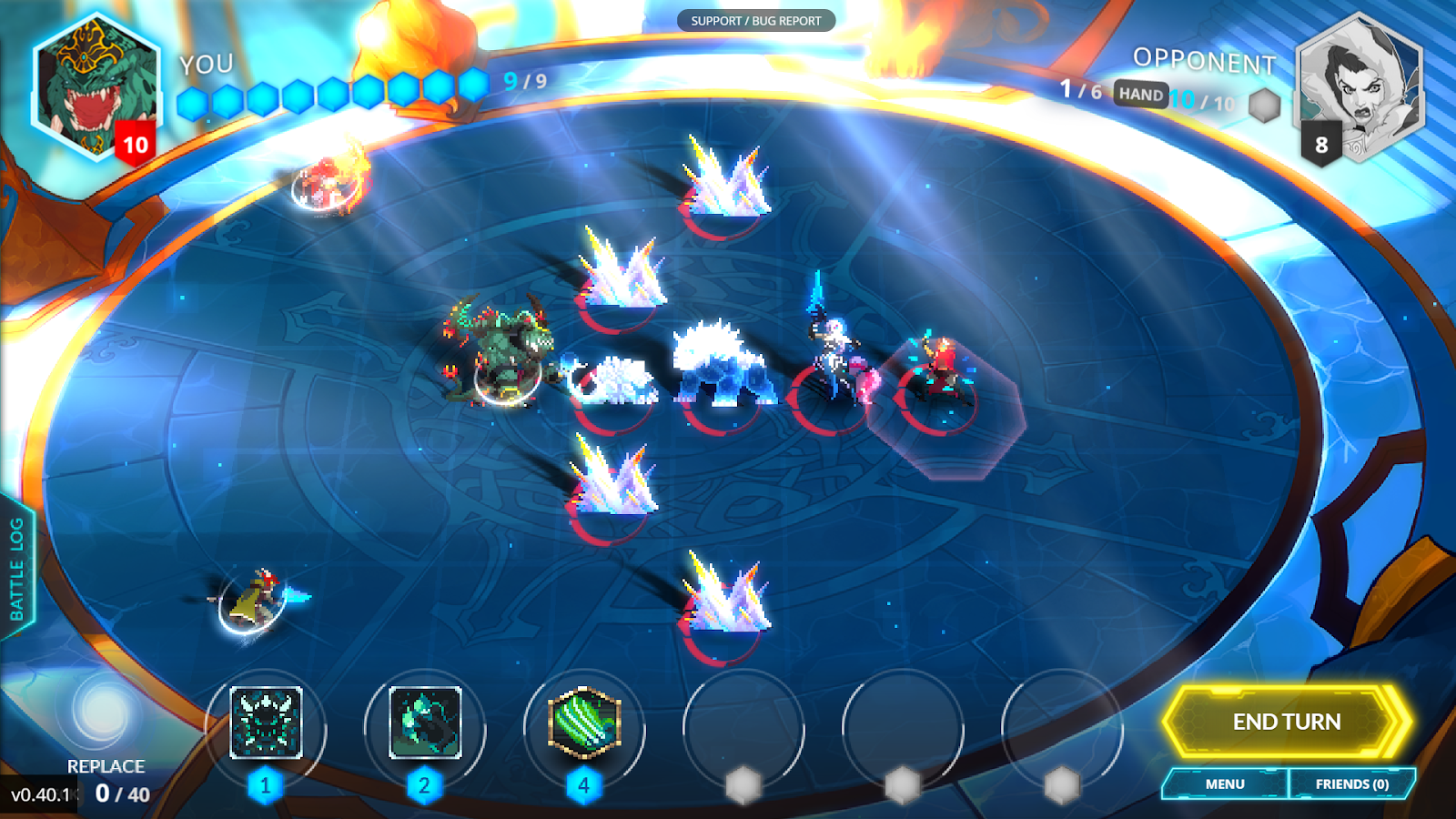 The game is almost entirely multiplayer based, at least in the private beta.  There is a tutorial system in place, which I recommend you play until you get a feel for which playstyle fits you best before other players destroy your hopes and dreams of being the best duelyst there ever was.  There are several generals you can choose from, each with default decks or the option to make a custom deck.  Each general comes with cards unique to them and all generals can pull from a library of “neutral” cards.  Cards can either be minions (monsters that fight for you), artifacts (equipment for your general), or spells (single use items that can affect either you or the enemy in many different ways).

Though there is a massive amount of cards and possible deck builds when you start to get the hang of the gameplay there are certain play styles each general is better suited for.  For example the Magmar class tends to have a lot of minions with the “grow” ability which means the longer they stay alive the more powerful the minions become.  Similarly the Abyssian class has a few minions and artifacts that come with the “death watch” ability.  Meaning whomever has the death watch ability grows more powerful every time they see someone die, be it friend or foe.  The similarities between generals allow you to transfer between generals more easily but then have the option to completely change your playstyle later on.  For example the Abyssian class that has all those cannon fodder units you typically sacrifice in order to power up your more powerful units could be used differently.  Use a spell to turn them all into traps across the battlefield, or give them all a damage boost for one turn and rush in for the kill. 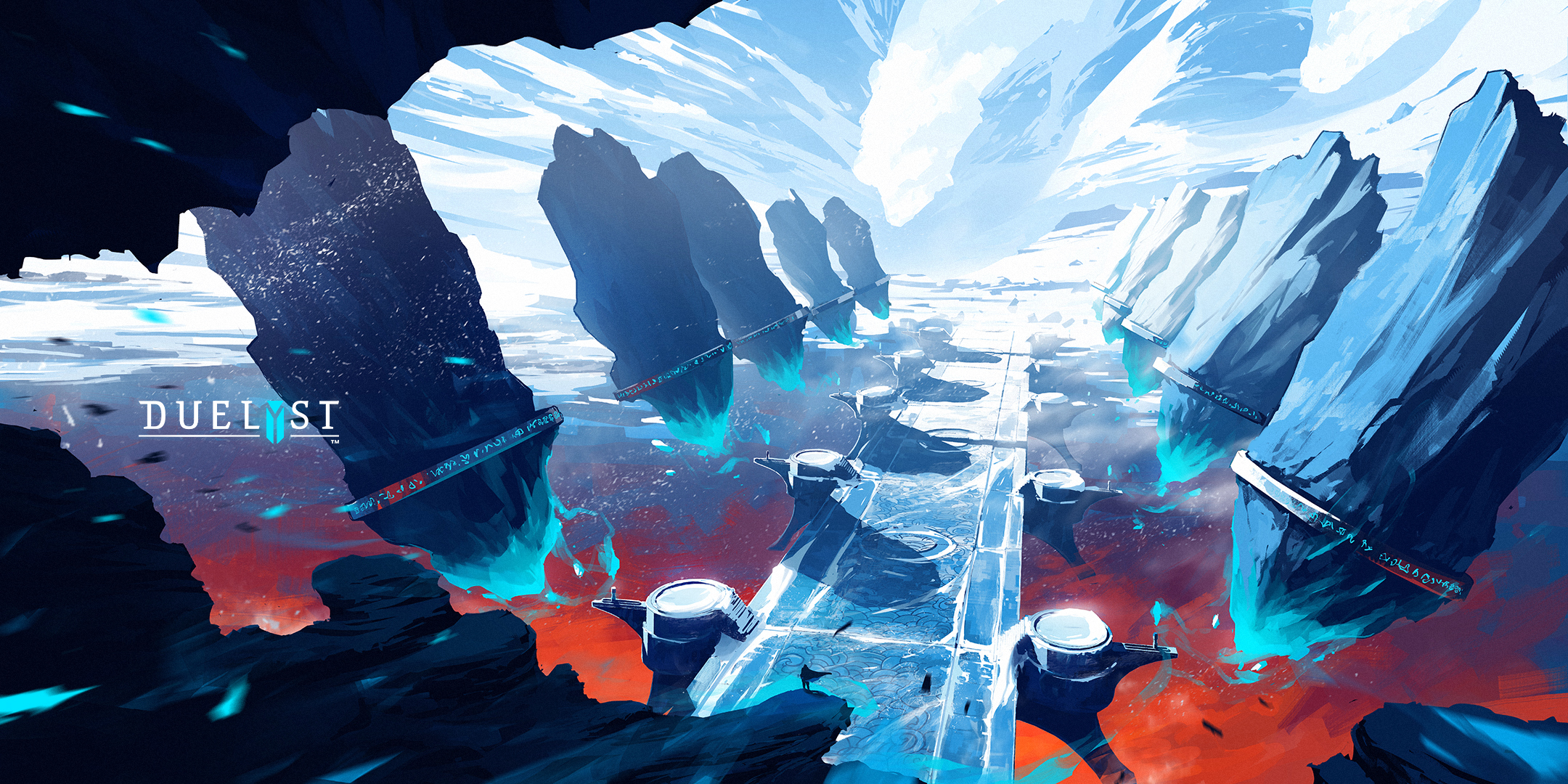 Overall the gameplay is almost always intense and the matches never go on for too long.  Typically a match is around ten to fifteen minutes long and chances are even if you lose you put a good sized dent into the enemy regardless of how new you are as long as you’re not extremely careless.  That’s why even if you do lose you feel like you’re getting better and better.  You find opponents that know exactly how to kick your butt down the curb and you learn from their play style how to better your own.  It’s why when I went to play the game in a stream it went from what was planned to be a one hour stream to nearly two hours and the only reason it ended was due to other plans I had for the day.  I came back later to put in another two hours in with a slightly higher win to lose ratio. The microtransactions are pretty straight forward in Duelyst, spirit orbs are used to give you five random cards.  Spirit orbs can be bought with either gold, which you earn in game through challenges, and with actual money if you so choose.  Technically whomever is willing to throw the most money at the game has the potential of having the best cards, but since those cards are random you’d either have to be really lucky or have a ton of money to throw at what is essentially a digital card game.  but when it comes down to it you are given a significant number of cards to start with and can earn more cards in just a few games, especially if you go for the challenges.  At the moment it seems balanced and though spending money might save you some time, you don’t have to if you don’t want to and still do just as fine as everyone else.  If you really want an advantage though just head over to the wiki and figure out what deck builds are best for you. 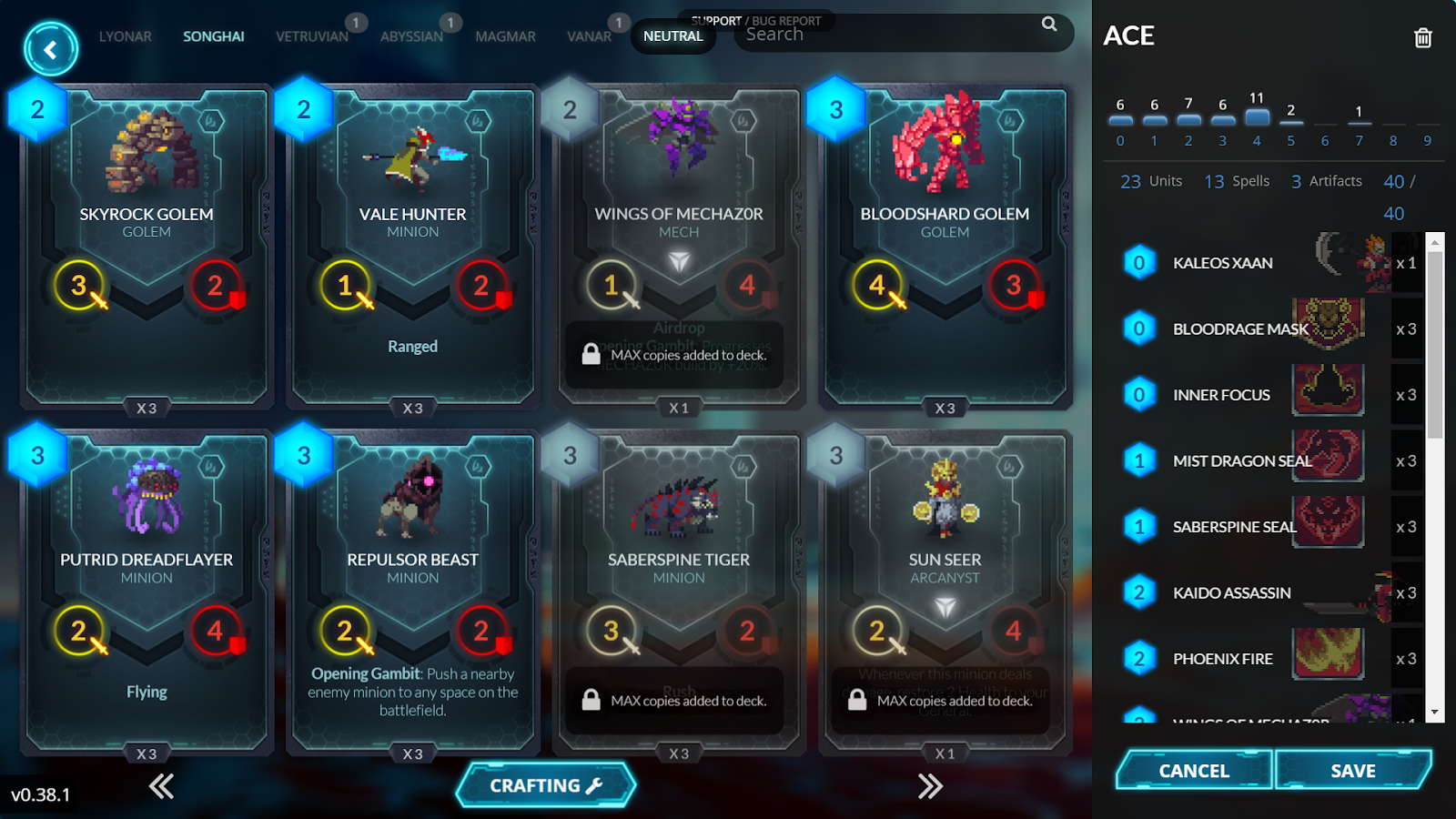 Though most of your time will be spent in battles the only way you can truly improve outside of time spent learning form your mistakes is by looking at what cards do what and seeing how to best combine them in one of your custom decks.  There are a multitude of ways to build your deck and play 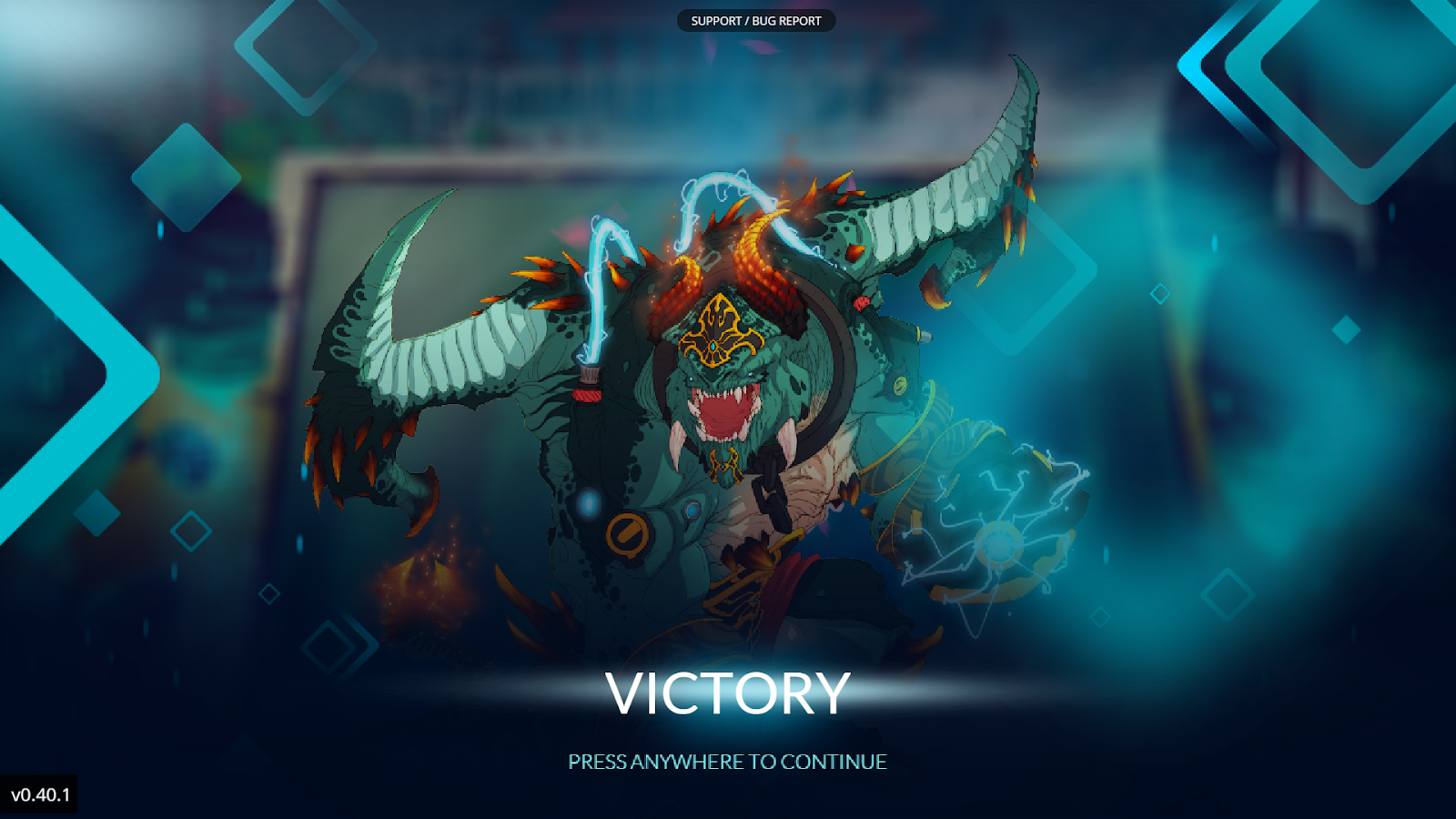 Duelyst combines the quick pace of card games with the tactical joy of more traditional strategy games.  It can be a bit of a grind to get specific cards you want in your deck so that even if you spend money you aren’t guaranteed to get the cards you want, but at the same time this helps keep the game balanced.  The game despite having such a wide variety of ways to play, is well balanced and no matter how many times you lose as long as you pay attention to how you lost you feel like you’re improving as a player.  The game when it comes down to it, despite lacking a story or letting you explore the world the beautiful concepts paint out, it’s just plain fun.

If you’re interested you can sign up for the beta here.  Also if you like the art seen in this article you can find much more over on the Duelyst forums.