If you’re a fan of the Metal Gear franchise, then you’ll be familiar with the complex plots; the latest instalment, the fifth, Metal Gear Solid V: Phantom Pain, unsurprisingly, doesn’t veer from this tradition. There may be people and previous events you thought you understood based on previous instalments, but there are further twists and revelations here which will test your understanding and your mettle. You don’t need to be familiar with the franchise in order to enjoy this one, but it’s fair to say that it will help. Anyway, bring it on, I say.

The graphics, nay cinematography, voice-acting and soundtrack are all absolutely outstanding here and put some movies and films to shame.

You play as Big Boss, who is the leader of The Diamond Dogs (I’m going to have David Bowie in my head the rest of the night, don’t know about you) – a privately run military group which goes behind enemy lines to carry out private assassination and recon contracts. Much of the gameplay is grounded in some form of reality, although there are some sci-fi elements coupled with simply impossible technology and super-human abilities which will all serve to keep you firmly on your toes, as well as the edge of your seat. 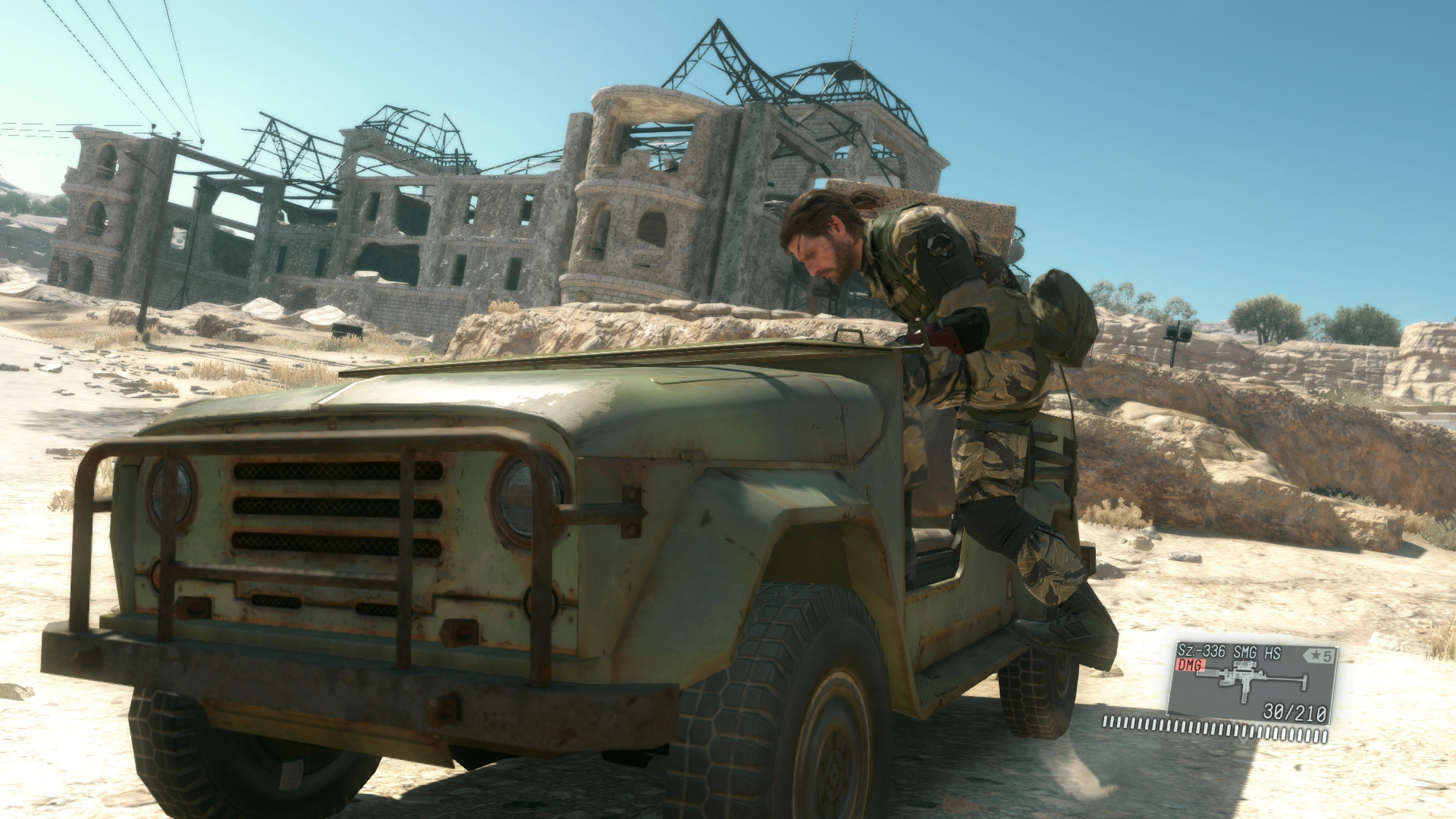 This game is open in a way that previous instalments never succeeded in achieving. Swathes of countryside are free for you to explore and you can even learn new manoeuvres such as working out how to climb up sheer cliff faces. Although a relatively small factor in the grand scheme of the whole game, it is small details like this which all come together to serve up a grand feast of gameplay.

In a nutshell, your mission as Big Boss is to build a military force which is free from the snide influence of world leaders whilst simultaneously eliminating those who would use the fractured world and its crumbling political structure for their own selfish ends. Simple enough, really. Within this overall mission you’ll be glad to know that there are copious sub-plots which are what really provide the meat of this game and you’ll come face to face with, for example, child soldiers and torture. The gameplay will also require the best of your investigative skills, stealth and cunning as well as your head-on, face to face combat skills. There are times when you’ll be able to make use of an airstrike, but beware that this isn’t present for all missions, and it will affect your ultimate ranking. If you don’t want to be known as the pussy who resorted to the help of others by means of an airstrike then you’ll just need to suck it up and take ‘em on – take ‘em all on!

There is, then, your overall mission which is backed up by a multitude of sub-missions. As if that wasn’t enough, however, you will also find yourself facing over 100 side-operations too which may leave you wondering if you’ll ever get through it all. It’s far better to be busy though, than be sat twiddling your thumbs, right? Your attention may be pulled in all directions, but this just adds to the real-life feel of the game. Don’t ever lose sight of the overall goal, however, would be my advice. Remember that you’re trying to build an army and so it is not simply about killing all the bad guys and making it from the beginning to the end in as straight a line as you can. 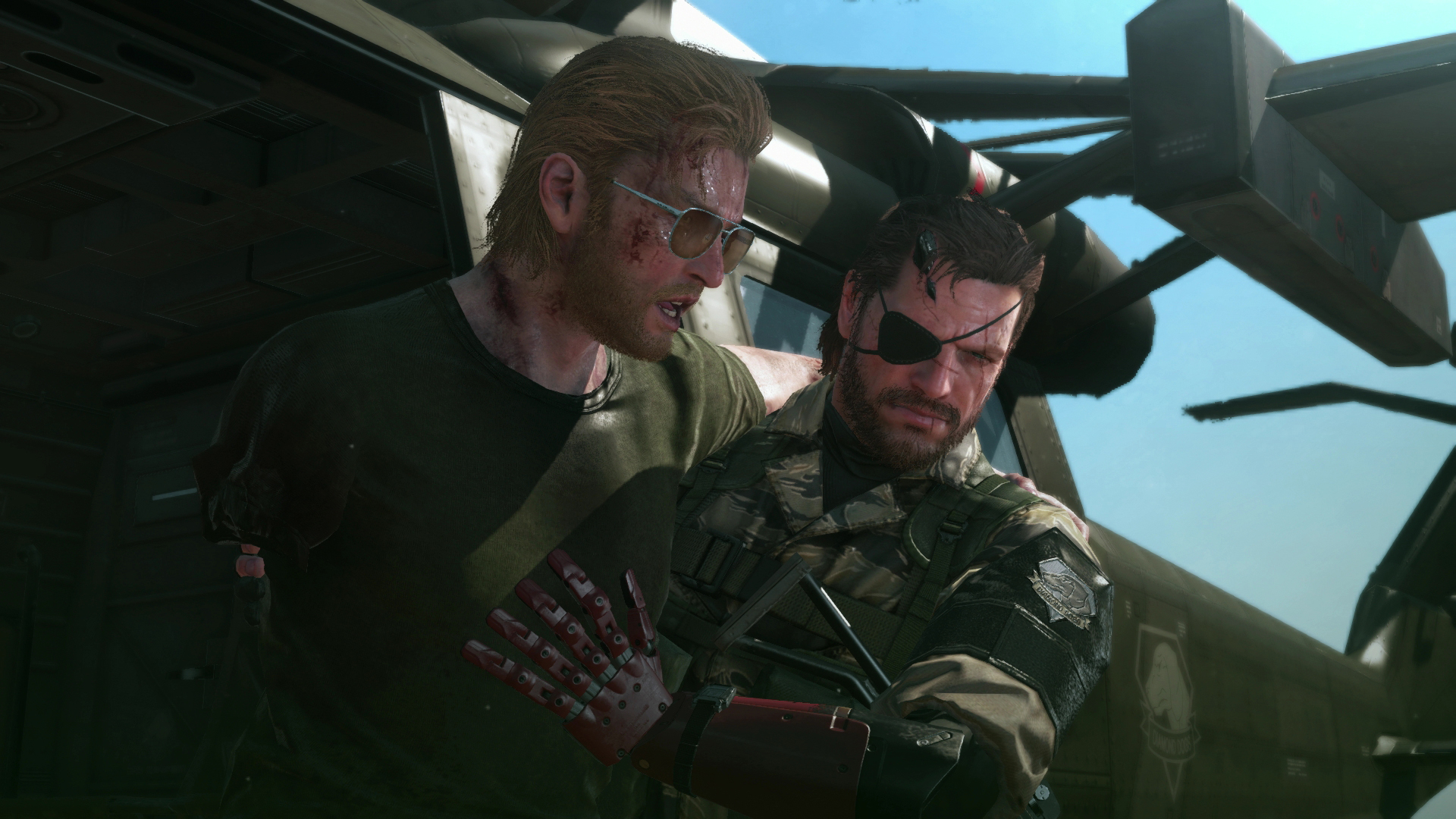 As you do build your army, you can start to utilise your gains back at the Mother Base by assigning captured soldiers to different research fields, for example. There is also plenty of equipment and tools to unlock which you can then use to build up both your skills as well as those of your team.