For this Digressions in Digital feature, I decided to look at two digital titles available on the Wii U, a pair of 2D action-platformers which pay homage to their roots while coming across as passion projects into which a lot of time and effort has clearly been put: Gunman Clive HD Collection and Shantae and the Pirate’s Curse. 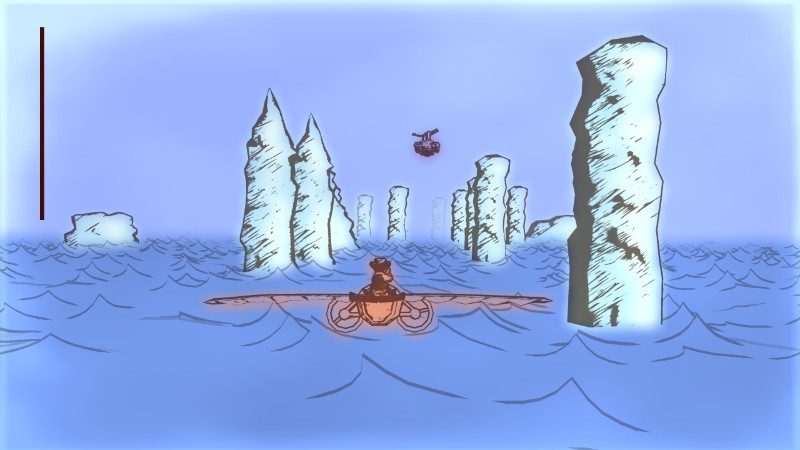 Both games take place in a kind of steampunk / sci-fi Old West and cast you as Clive, a gunslinger who, in the first game, is on that oh-so familiar videogame mission: to rescue a woman who has been kidnapped by a group of thugs. The plot for the sequel is even less involved, essentially consisting of “chase and kill the bad guys.” But plot, characterisation and dialogue are unimportant considerations to these two games, both of which focus on gameplay over everything else.

Seemingly influenced by older platformers such as the early Mega Man titles, the Gunman Clive games see you navigating 2D levels filled with platforms and obstacles to overcome and enemies to shoot with the games’ various firearms, including a standard pistol, a spread-shot and a gun which fires explosive bullets. Enemy types include armed bandits and various animals, and each game contains a handful of boss battles.

Although the Gunman Clive titles may be influenced by old-school action-platformers, they’re not as controller-crushingly difficult as some of those older games, instead featuring a difficulty level which is in large part challenging rather than frustrating, although there are occasional moments of the latter. Thankfully the controls – always so important when it comes to platformers – feel responsive and accurate, and getting straight back into the action after death by bullet, explosion, spike-pit or homicidal pelican is quick and simple. 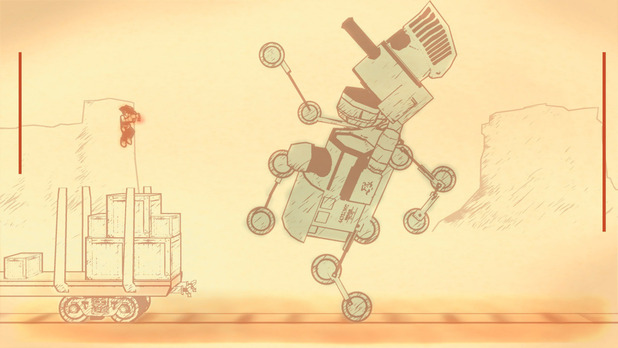 Both games share a distinctive visual style, the graphics and animation being presented in a sketch-like style utilising a limited colour palette, one which often uses a parchment-like brown to emphasise its Old West theme, although other, brighter colours are also used at times. While the chosen visual style is a simple one, it works well enough and doesn’t outstay its welcome.

This is because both Gunman Clive titles are short games – completing each one in a single sitting really wouldn’t be much of a stretch. But to be fair, it’s worth mentioning that the price of this collection reflects the brevity of the games, and replayability is added by the fact that you can play through the games as different characters (one of whom is a secret character you unlock) and also in several difficulty modes.

Out of the two games, Gunman Clive 2 is the superior title in my opinion as it does what many successful sequels do and improves and expands upon its predecessor without making needless changes which cause it to stray too far from its original vision. The second title features more levels, more varied locations, and more gameplay sections which inject further variety and break up the usual platforming, such as a sequence in which you ride a panda bear, and another which sees you flying an aircraft. 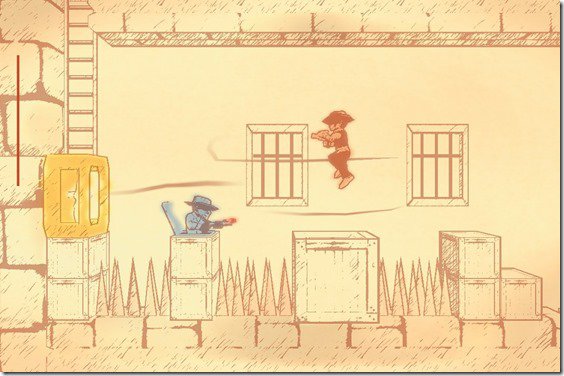 If you’re a fan of action-platformers which focus on gameplay over everything else and you don’t mind the simple visuals and occasional moments of frustration then Gunman Clive HD Collection is absolutely worth buying, especially considering the low asking price.

Shantae and the Pirate’s Curse

The Shantae series is a fairly longstanding one at this point, with the original game, Shantae, being released on the Game Boy Color in 2002. 2014’s Shantae and the Pirate’s Curse was my first hands-on experience of the series, however, and I’m very glad I tried it as this latest entry is a fantastic game. 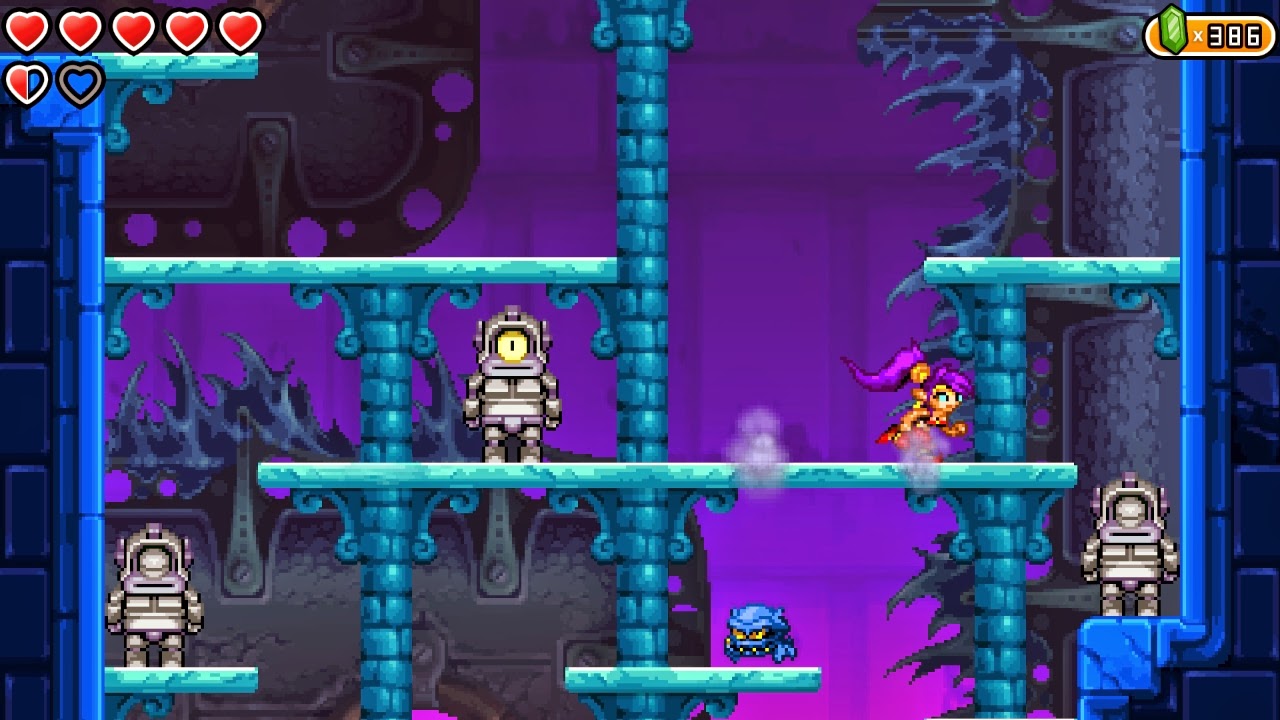 Developed and published by WayForward Technologies, Shantae and the Pirate’s Curse is a 2D action-platformer and also a Metroidvania, the latter element adding further depth and longevity to the game, its collectible upgrades encouraging you to revisit areas and collect items which you were unable to access during your first visit.

The game is set in the region named Sequin Land and sees you taking on the role of Shantae, a cheerful half-genie forced to team up with her old nemesis, the pirate named Risky Boots, in order to stop the Pirate Master, an evil and powerful – and currently dead – pirate who is on the verge of resurrecting himself. Your quest involves visiting a series of islands, exploring each one’s overworld and dungeon before defeating its boss and collecting the map which then unlocks the next island. 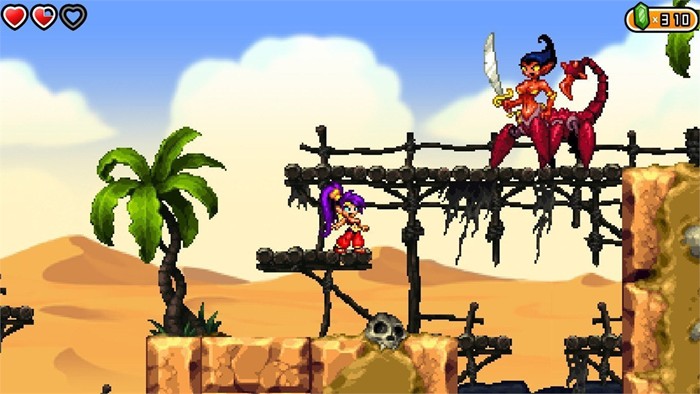 Although Shantae’s standard attack sees her whipping enemies with her hair, further combat options are added as you progress and collect items such as a pistol and a scimitar, while your movement and exploration options are enhanced by these and other items such as a hat which allows you to glide, and a cannon which allows you to double-jump. Using currency dropped by enemies and found in containers you can also purchase character upgrades (increased attack power and speed, new attack moves) and items (health restoration, temporary shield, etc.). Although personally I never really needed to use any items apart from ones which restored health, and the purchasable attack moves also seemed superfluous.

Like Gunman Clive HD Collection, the controls in Shantae and the Pirate’s Curse feel great, although the latter is a more forgiving game than the former, with easy boss fights, a few simple puzzles and a difficulty level which actually starts out more challenging than it becomes later – this is because as you progress you can easily increase your maximum health by collecting optional Heart Squids, some of which can only be reached after unlocking the necessary item.

The graphics are excellent, with locations and characters all being brought to life via colourful and detailed pixel art, while dialogue scenes between characters also feature hand-drawn portraits of the characters in question. Speaking of the dialogue, one thing about Shantae and the Pirate’s Curse which I really appreciated is that the dialogue is genuinely funny at times. And while the game is clearly a sequel, with the majority of characters and relationships having already been established, it didn’t take long for a newcomer to the series like me to catch up. Alongside the writing and graphics, the soundtrack also deserves a mention as it features some great pieces of music. 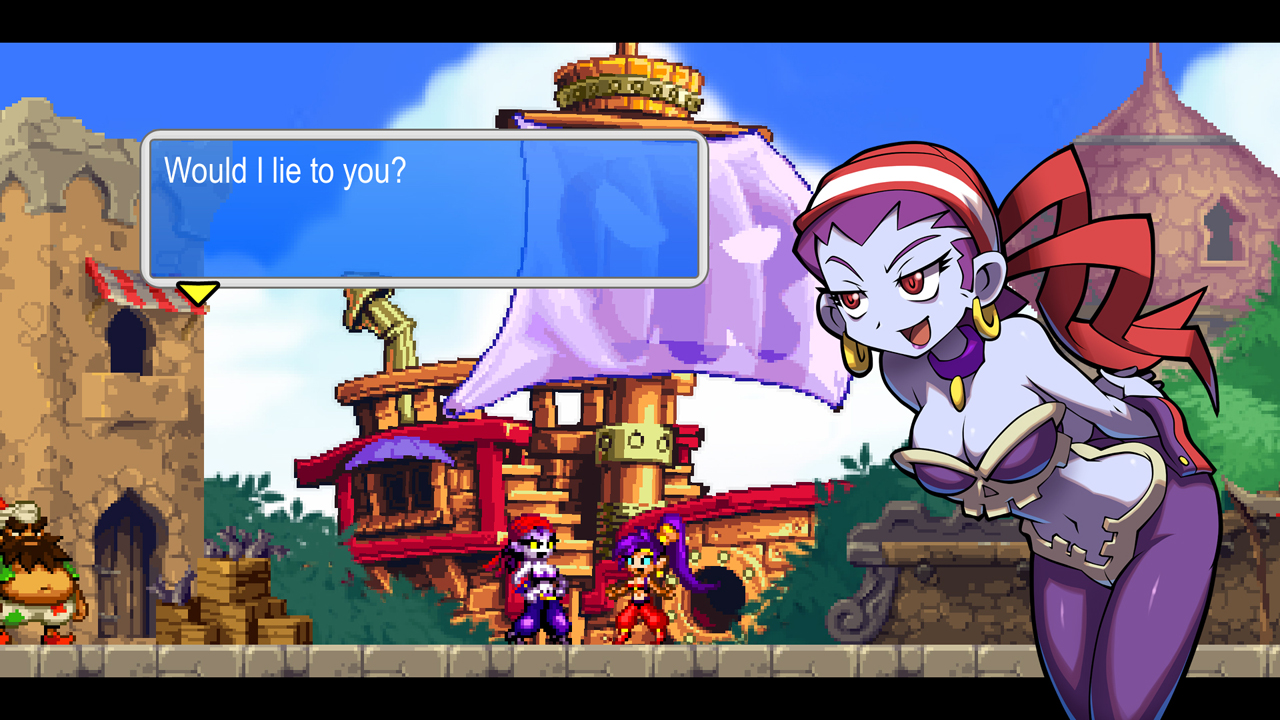 The Wii U version of the game utilises the GamePad screen for off-TV play as well as item management and displaying the map of your current in-game location. Also, one little GamePad feature I liked was how, when choosing which island to visit, you turn the ship’s wheel by using the GamePad’s touchscreen. It’s only a small touch, but it’s one I appreciated.

Shantae and the Pirate’s Curse is an absolute joy to play, featuring gorgeous visuals and music, some genuinely funny dialogue and entertaining characters, precise controls, and a decent amount of depth and replayability. It’s a game I’d recommend to anyone looking for a fun and charming action-platformer, and with a new title, Shantae: Half-Genie Hero, currently in development, the series is now definitely on my radar for the future.