Following the overwhelming success of GTA III, Vice City arrived around a year later and further amped up the visibility as well as popularity of the franchise. Rather than being a completely new redesign of the basic system established by its predecessor, this installment basically just changed the locale and upgraded various aspects accordingly. Don’t get the wrong idea though, this wasn’t a sloppy, rushed job…nor did they rest on their laurels and “phone it in”. This would mark the formal formation of Rockstar North, which (as you well know) would go on to accomplish bigger and better things. Nevertheless, Vice City can be seen as a transitional triumph – a stellar example of how to make a follow-up game when you achieve overwhelming success with a franchise. Here are some of the things which made Grand Theft Auto: Vice City so special… 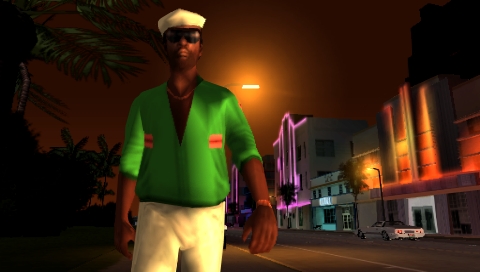 Clearly everyone loved what GTA III accomplished. Its devs managed to take the basic formula laid out in GTA I and II and translate it to a functional 3D open world environment. However, one of the things pointed out is that the world of Liberty City is rather bleak, perhaps even a bit cheerless at times. Whether or not they set out to remedy that is unclear, but Vice City feels like the opposite of that – it’ a lively, colorful place that features all manner of craziness and Mafioso madness. Even the soundtrack reflects the change of scenery, with actual hits from the 1980’s making an appearance which in the end greatly reinforces your immersion in that particular locale and slice of time.

Yet another thing that people felt caused GTA III to fall flat was a lack of interior environments to explore; naturally, Vice City remedied this situation, but that’s not ALL they did. Rockstar also included the ability to purchase a variety of properties in-game, thus adding a “real estate mogul” aspect to the title and laying the ground work for the amazing additions that would come later. Of course, if that’s as far as it went it would be a bit boring, eh? Many of these properties or businesses had special missions attached to them, thus allowing you to run front companies or sabotage the criminal competition, etc. Likewise, various places could also serve the dual purpose of functioning as safe houses or save points, which is incredibly nice when you really delve deeply into the game and/or things get tricky.

Also making headway in Vice City is a rather simple, but nonetheless cool gang warfare system. In this you will often have random encounters with hostile groups, many of whom are ready for a shootout. But it isn’t that simple, they can either be friendly or hostile at times, depending on what you’ve done. This inclusion of a freer flowing A.I. mechanic is exactly what the series needed in order to break from the monotony of “set in stone” events that are triggered solely by missions. Sure, there are lots of those too, but with the ever-present threat of a rival gang encounter looming over you the city felt much more alive and dynamic. Moreover, it isn’t even a two-dimensional affair with gangs constantly hunting you, they even rail against each other, which adds a nice touch.

Having a great number of excellent side mission opportunities also ensured that you wouldn’t be at a loss for stuff to do at any time. Jumping in a taxi, cop car, fire truck, bus, ambulance, etc. meant that you could opt to engage specific activities for various rewards. Likewise, trick jumps were also included much to the delight of fans, many of whom spent hours upon hours finding all of the relevant locations for this in GTA III. 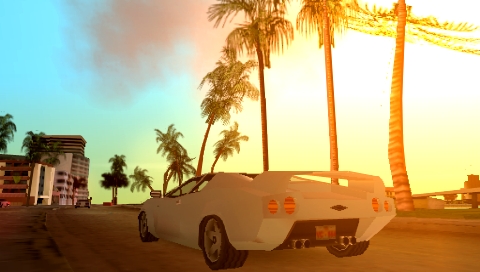 Additionally, consider that Vice City more than doubled the number of vehicles found in GTA II, from 60 to 114, adding all sorts of new and exciting options for transportation. Obviously, watercraft were a prominent feature here but the addition of motorcycles and helicopters is also extremely notable.

Again, keeping in mind that GTA III was an incredible success, those in charge of the franchise would have easily “phoned it in” and made a loose copy of the previous game, not really expanding beyond established boundaries. If they had done so they could have perhaps saved money and maliciously increased their profit margin, so it speaks volumes about their ethics and creativity that opted for another path. Vice City is much bigger than GTA III, with more weapons and even greater lengths of time for radio play, etc. The list goes on and on. Still to this day, Vice City remains a definitive fan favorite for quite a number of GTA addicts and it’s not hard to see why.