GTA V isn’t just a video game – it is a bona-fide phenomenon. After breaking an incredible number of sales records around the world, its developer, Rockstar, has demonstrated clear intentions to keep on improving its basic sandbox model and formula. We all knew that this was the case of course, that each new installment in the series would see myriad upgrades be they graphical or gameplay-related. But what we were treated to with Grand Theft Auto V

…….well, let’s just say that it completely exceeded any and all expectations. Right now, we’re going to take a look at some of GTA V’s more interesting aspects, i.e. – what separated it from the rest of the herd and likely initiated its success…

Even if you don’t like the type of gameplay that this game offers (for whatever reason), you have to stand back in awe of the world of GTA V. There are so many details and individual processes running, not to mention large tracts of terrain which feature unique offerings, that it almost boggles the mind. Whereas some titles can only hint at this level of immersion, pulling off a similar atmosphere, there is so much going on inside of the map here that it’s almost hard to believe. Likewise, the artful way that they parodied (or exemplified) Los Angeles is also pretty dang entertaining too. Needless to say, it elevates what we have come to expect from our sandbox games in more ways than one. 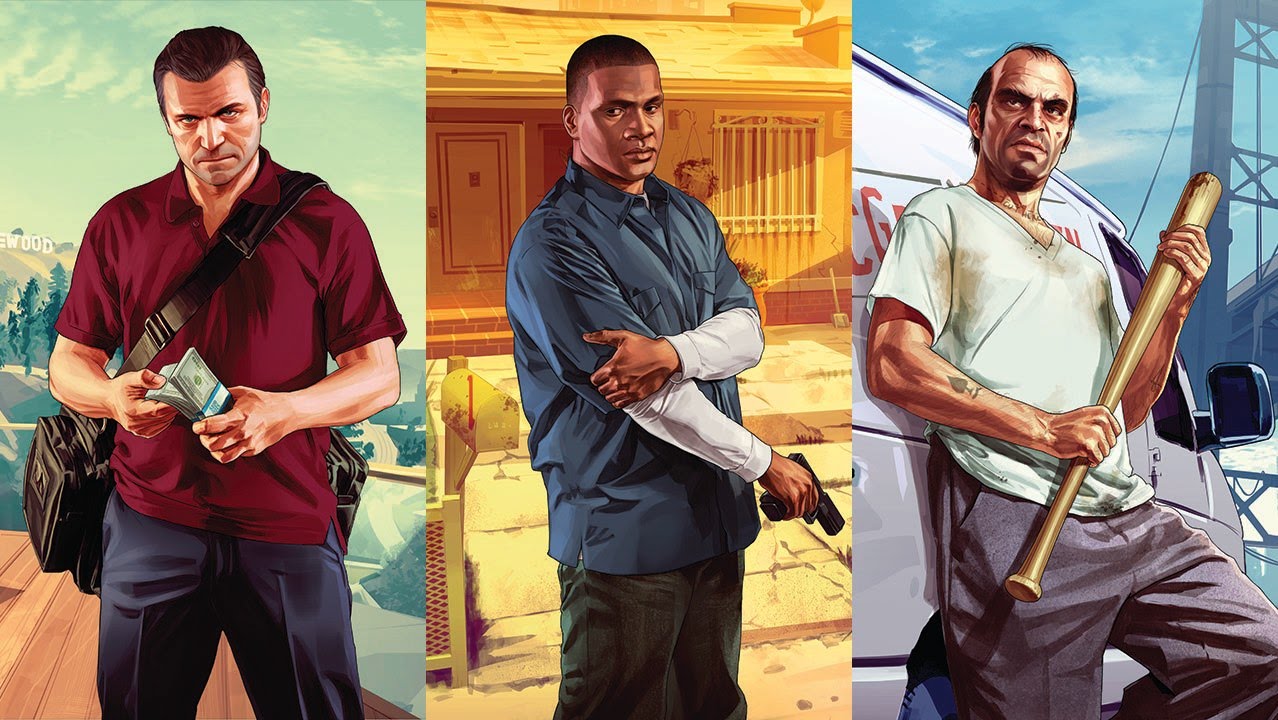 Moreover, the use of no less than 3 separate characters which you can switch between was definitely a stroke of genius. Gamers were kind of growing a bit weary of the one character formula within this genre anyway, one might add. By splitting the narrative into three pieces we find that all sorts of new possibilities open up, but even though this is a new addition for car-jacking shooters, the fact of the matter is that it really isn’t anything particularly new in gaming, obviously. RPG’s have been using the “party” system for quite some time, in GTA V we see a completely reworking of that basic concept (surprise, what’s old is now new again!)

Finally finding its way onto current (8th generation) consoles, Grand Theft Auto 5 incorporated a stunning first person mode to the equation. Whereas the basic play was great before, certainly nothing wrong with it, the addition of this new immersive mode means that you really experience the game in a more direct and exciting way. In truth, FPS mode basically feels like another game altogether, and that’s a really good thing. The fact that Rockstar was able to essentially add this very late in the development / production cycle speaks volume about their desire to please fans and hardcore gamers. They could have just kept everything as it was, not taking a chance on something new but instead they decided to push the envelope and as a result, we all have benefited from their choice.

Clearly, everyone loved GTA IV, it was a big smash hit and its dramatic narrative was heralded as a big improvement over a lot of other storytelling aspects found in various other games out there. However, an incredibly large number of astute GTA fans still yearned for the zaniness, flexibility and showiness that we see in GTA: San Andreas. In essence, you could say that GTA V is sort of a redesign of San Andreas, although completely original in a number of other ways, obviously. Arguably, this installment has blown past expectations simply because managed to return the series to its roots, exchanging the ultra-serious tone for something that is much more eclectic and able to encompass a range of emotional states (while mostly focusing on humor). 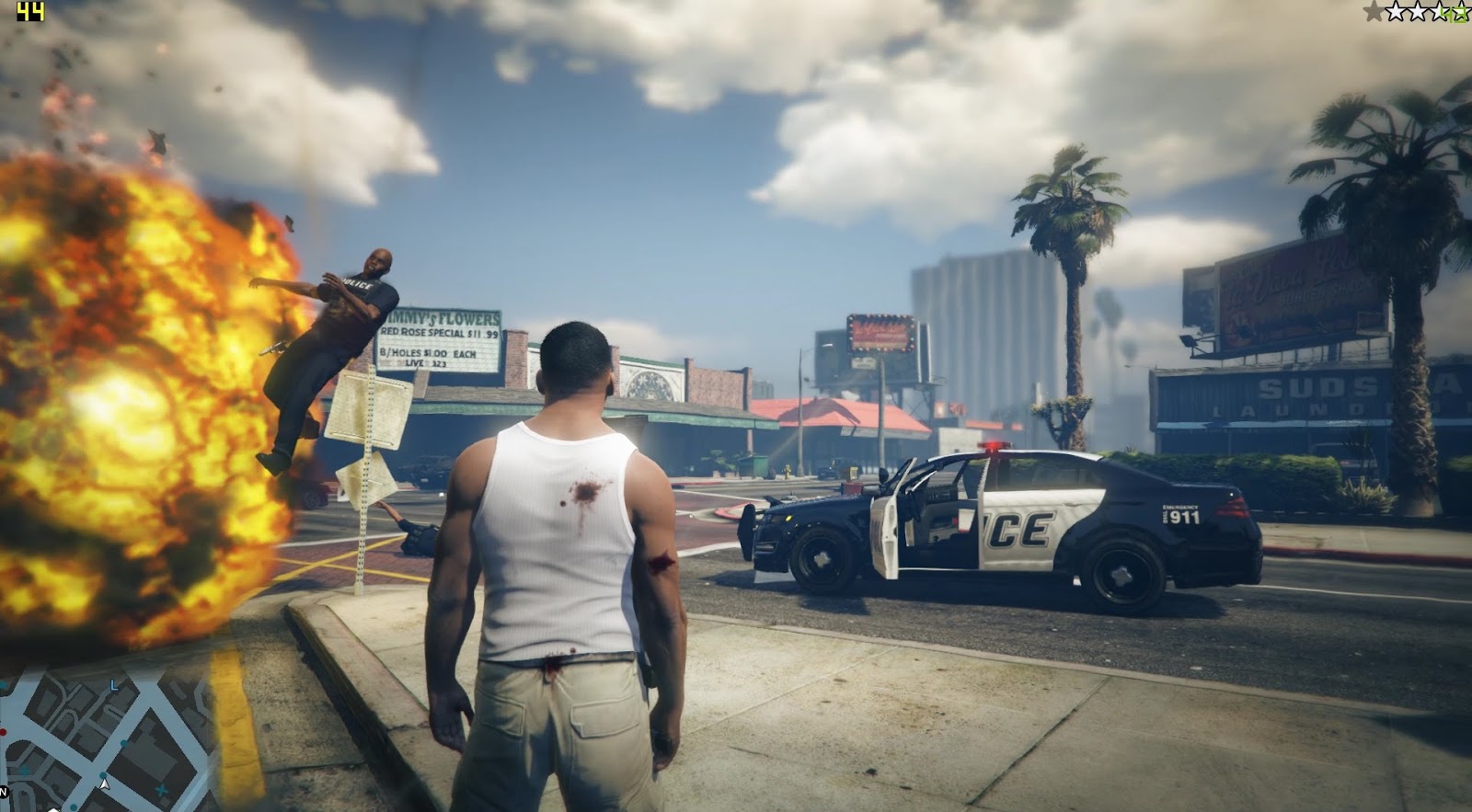 Lastly, there’s the gameplay, which is both extremely detailed as well as able to encompass an incredible number of outside activities. Having great combat options (whether in 3rd of 1st person mode) is one thing, but being able to play sports, control all sorts of different vehicles / aircraft / watercraft, visit various businesses and complete a large array of side missions is what really put the game over the top. Many of the sports activities for instance seem to be fully developed in their own right, good enough to be sold a la carte’, as it were. This doesn’t even speak of all the random fun stuff you can come up with creatively, of course.

If there’s one video game that you pretty much HAVE TO play of this era, it’s probably GTA V. There’s just no other way of saying it – the bottom line is that it excels in so many areas, both collectively and independently, that nothing out there even comes close to topping it (right now, at least).

Infinity Ward are back with a sequel that largely feels like it stomps the same ground as the first game. Only this time there’s...
Read more
0 0 votes
Article Rating