Following in the footsteps of titles like “Super Mario World 2: Yoshi’s Island”, “Yoshi’s New Island” for 3DS builds upon well-known and accepted gameplay mechanics.  Many critics have decried its somewhat unoriginal nature, claiming that it’s basically an attempt to rehash shop-worn formulas, but in all actuality it’s but another great installment to explore.  In other words, rather than trying to build a better mousetrap, developer Arzest is simply providing fans with more of what they want.

A game that tells the story of a stork delivery gone wrong and the subsequent kidnapping of baby luigi, Yoshi’s New Island adds yet another chapter to the ongoing Mario saga.  Focusing mostly on “baby” versions of our favorite characters, the infant plumber finds himself stranded on Egg Island amidst the Yoshi clan who promptly take him in.  Naturally, they agree to assist baby Mario in his quest to rescue his brother from the clutches of the evil Kamek (a Magikoopa). 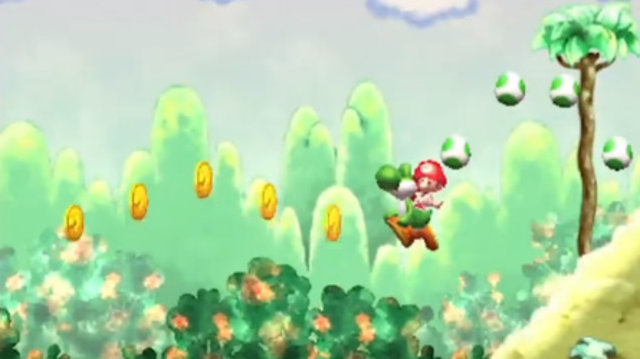 The wonderful thing about “Yoshi’s New Island” is the way it neatly melds its visuals and gameplay.  As a largely side-scrolling affair, this game rests on the many formulaic elements which we should all know and love at this point – jumping, tongue-grabbing, dodging hazards and creative boss fights.   The overall level design featured throughout isn’t just there for colorful effect, in many cases it will function to support gameplay directly through intuitive puzzles or area-specific obstacles.  In short, it’s more of the same stuff that we’ve already explored in other similar titles (but surely that’s not a bad thing?).

Given that this is a game for 3DS, the graphics are actually quite good.  Great care was taken to include plenty of color as well as diversity in terms of enemies.  Again, a lot of critics have been lambasting this title because of a perceived lack of ingenuity, but in all reality it delivers exactly the experience you would expect.  The overall effect generated is one of child-like delight, where simplicity and experience take center stage.  Don’t get the wrong idea though, this isn’t just a game that the youngsters will find interesting, older gamers will also find plenty of redeeming features throughout YNI, assuming that they allow themselves to organically experience it, of course. 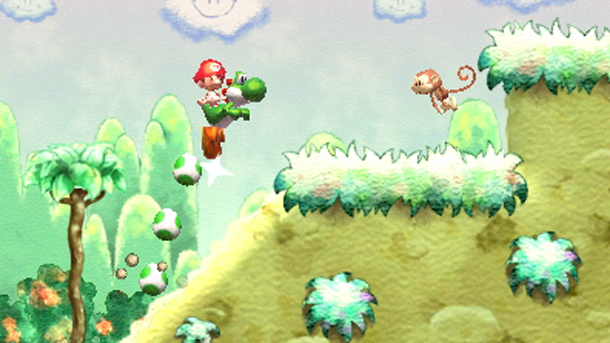 All in all, “Yoshi’s New Island” is a game for 3DS that provides fans with more of the same.  Rather than seeing this as something negative or perhaps a missed opportunity, you might say that it’s simply another wonderful little 2D adventure.  Everything about it is highly stylized too.

Ever since its initial release date in 2020 passed by, Studio Blue 12’s upcoming adventure game, Stray, has been on everyone’s minds. There are...
Read more
Editor's Picks

If you’re pretty much an avid gamer, there’s a game for all your tastes. From first-person shooters to casual games and puzzle games –...
Read more