Worms Clan Wars is now Worms Battlegrounds, the latest in a series of Worms games dating as far back as 1995. For those of you unfamiliar with the game, it’s a strategy game with a deep focus on teamwork and a large assortment of weapons. Everything depends on skill and strategy as players struggle to be the last team to survive. For the last two decades, developer and producer Team 17 has created a variety of Worms games, with Worms Battlegrounds being available on PS4, Xbox One and PC. Once again, players are confronted with a classic, old-school game available in modern gaming consoles and with new generation graphics.

The plot behind Worms Battlegrounds focuses on the pursuit of Mesmer, the antagonist of the story who stole the priceless Stone Carrot from the museum and brought exhibits back to life. You, as the player, and a companion by the name of Tara Pinkerton, and the team that you assemble, have to undergo 25 laborious missions to defeat enemy worms and find Mesmer. 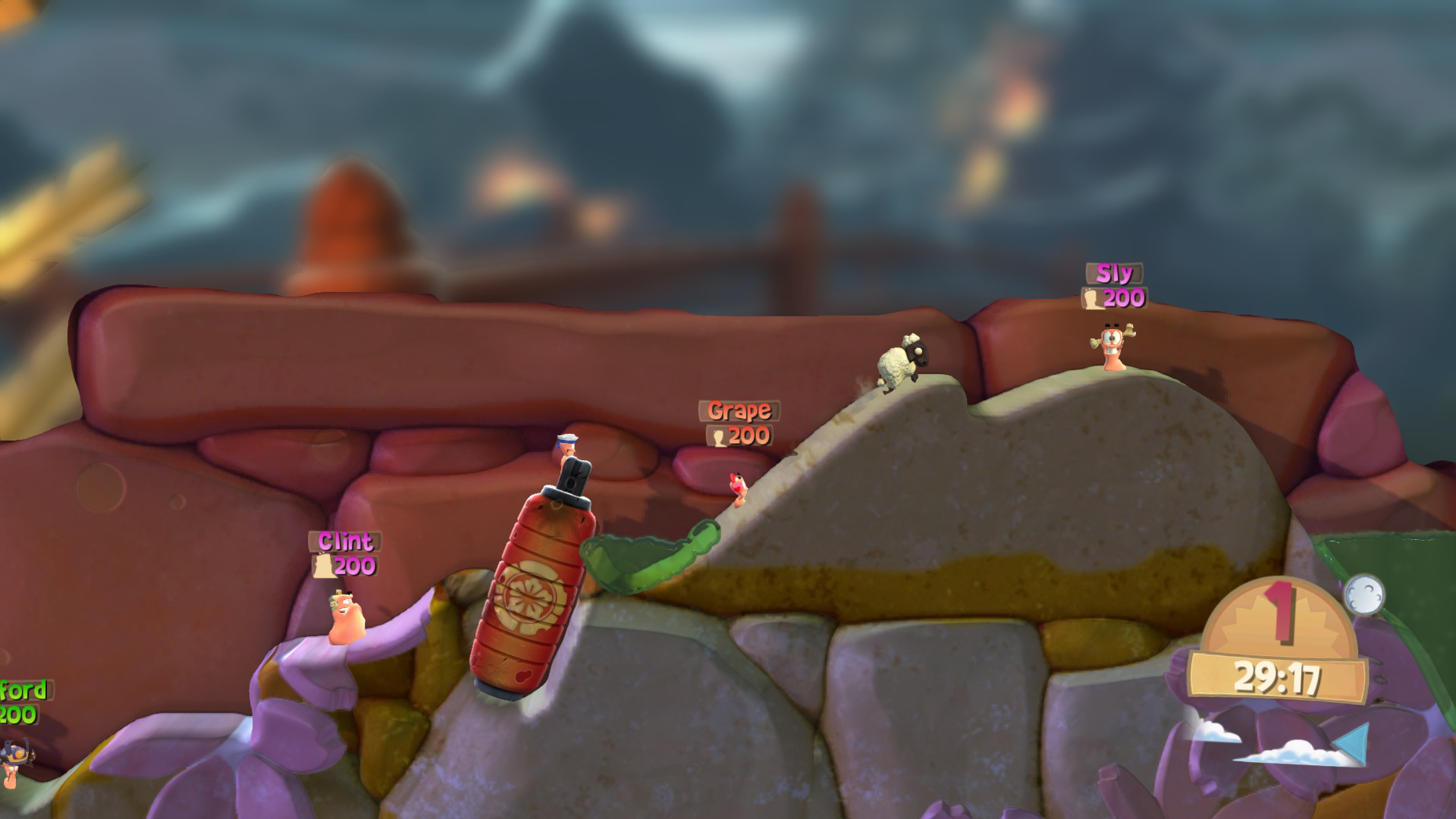 Though it’s not MMO game like World of Warcraft, Worms Battleground provides the opportunity for a multiplayer experience, allowing up to four players to compete with one another, both online and through local game play. That being the case, the game allows a wide variety of customization for players and teams including over 200 items to pick from. Players can choose individual names for each worm, accessories and emblems that represent their clan, and they can even pick voices from available speech samples.

This is also available during Fort mode, where players can create their own defences and fight against other players. This level of personalization makes players feel more attached to their characters and the game’s outcome. Some of the Worms Battlegrounds character mechanics were reworked from older versions of the game series. The class systems were reworked for science worms to do the healing, lighter worms to jump higher, and heavy worms to do more damage. There’s also a soldier and scout class, both with their own unique abilities.

Unfortunately, players noticed that this new Worms Battlegrounds is more complicated to play without the new classes, so they have no choice but to incorporate them into their team as well. This personalization and individual character design doesn’t just stop at character creation, however. Worms Battlegrounds players have a wide variety of weapons, each with their own unique uses that become available according to levels or after a specific amount of weapon usage. The only downside to the Worms weapons is that the player cannot see what weapons are in the weapon crate. More importantly, they can’t customize their weapon strength like they could in previous Worms games. 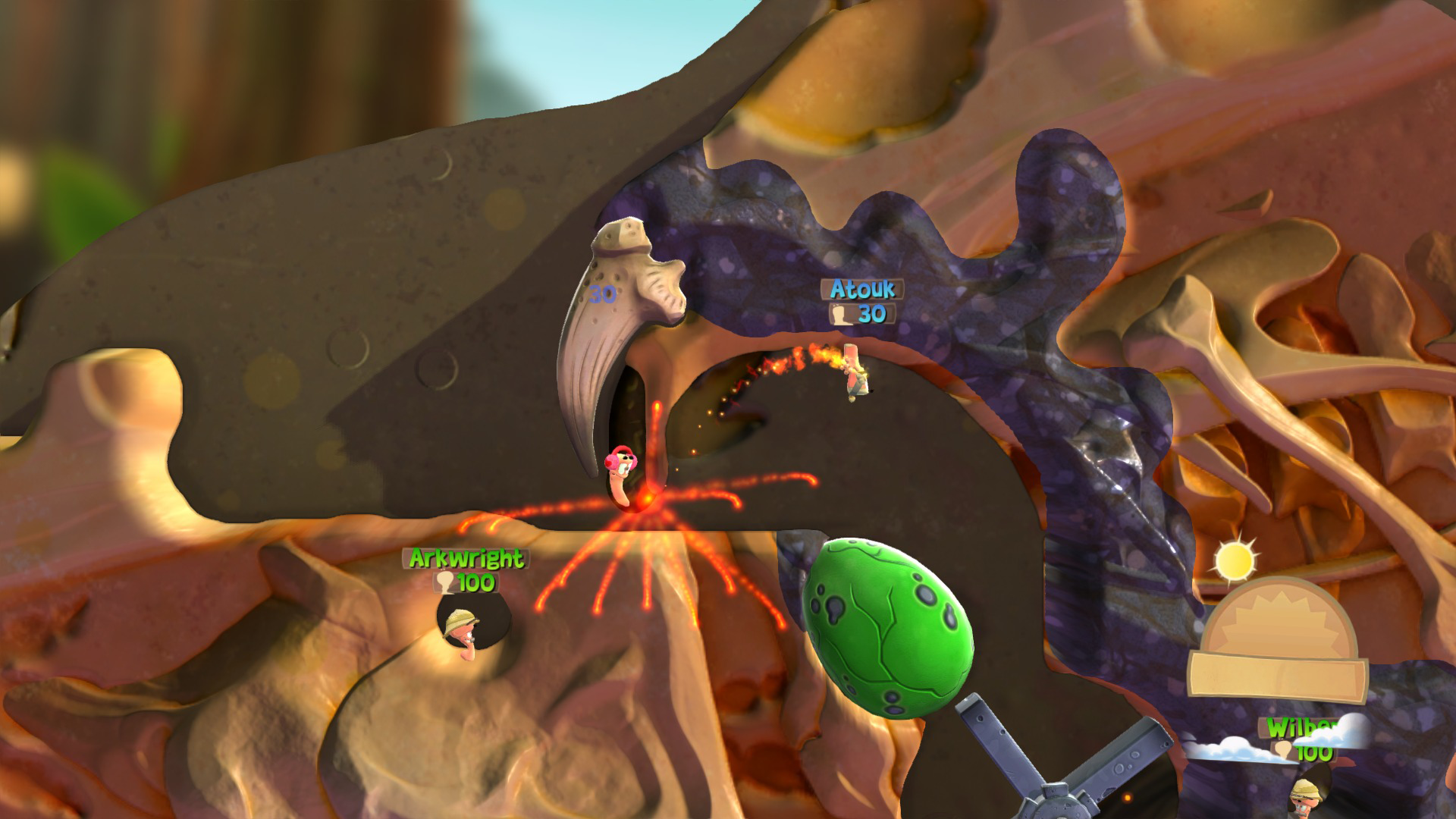 Players rated this game as a 7/10, defending its “handful of good qualities” and new ideas, but arguing that it falls short on overwhelming gamers. We, however, believe that Worms Battlegrounds is worthy of a higher score. Yes, It still maintains the same rules that applied in previous Worms games, as well as the same gameplay, but the few new additions and alterations are a nice subtle advancement. The best part? You can now enjoy Worms gameplay on your PS4 or XBOX One, recently only a luxury for last-gen or PC owners.

If you know where to look, you can have a great time with your gaming PC without spending a penny. There are some incredible...
Read more
Best Games

Avalanche Studios’ Just Cause series has become one of the most iconic franchises in the video game industry since the first game was released...
Read more
Editor's Picks