Who says you have to stick to just one platform, eh?  If you’re the type of gamer who enjoys seeing what the entire field of releases has to offer, the following selections will certainly pique your interests.  Presenting now, the top 5 interesting games coming out soon (for any and all platforms)… 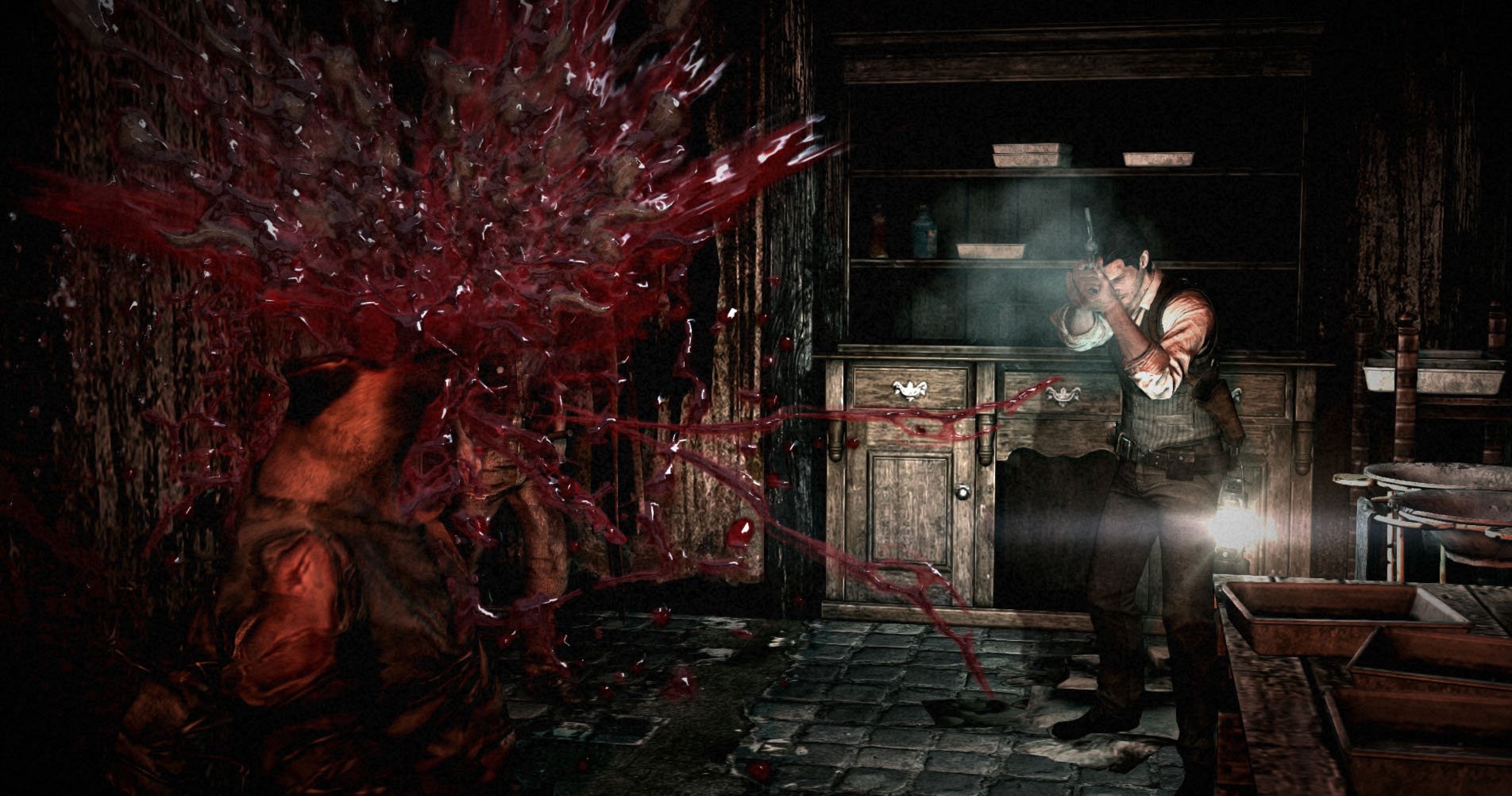 Simply put, “The Evil Within” is Shinji Mikami survival horror, a game that’s sure to tickle the fancy of the denizens.  Again, we’re talking about a major release from the creator of Resident Evil here.  At the same time, the team at Bethesda is involved as publisher, which certainly isn’t going to hurt anything.  As far as the game itself is concerned, TEW is exactly the sort of twisted nightmare fueled stuff that we all simultaneously love and loathe.

While it outwardly seems to borrow a bit of the more modern RE over-the-shoulder third person style, the gameplay seems more calculated and deliberate than what you see in a lot of similarly-themed offerings.  Right around every corner there’s probably going to be a chase scene, where the monster is hot on your heels.  Likewise, you’ll see plenty of disturbing things too, as is expected…twisted traps and hellish games of cat and mouse.  It definitely seems like it’s going to be a must-play title… 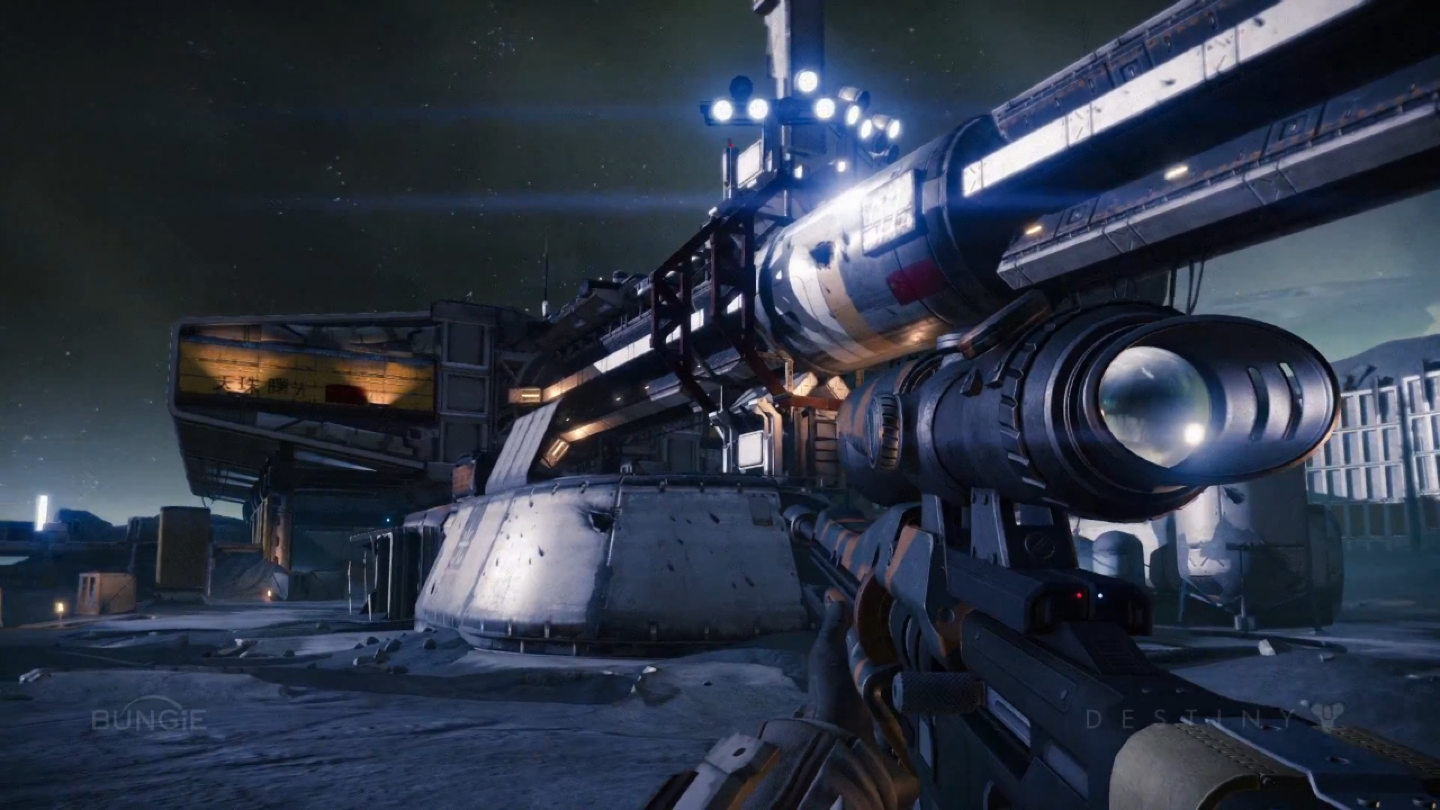 One of the biggest indicators out there (up until now) that “Destiny” might be a game worthy of keeping an eye on has been its pedigree.  Namely, the fact that the folks at Bungie are behind its construction seems to indicate that it is fated to blast into our living rooms at full speed, flooring all in its wake.  Moreover, when you learn that it’s to take place in a somewhat halo-ey mythic sci-fi open world setting…yes, with guns, everything becomes even more awesome.

To be completely honest and flat out fawning; there’s three things to take note of here: 1.) Bungie, 2.) Advanced all-new amazing game engine and 3.) The open world setting…  Seriously, how could this NOT end up being a hit?! Assuming that they even get half of the basic gameplay correct then it’s going to rock hard.  Oh yeah, did we mention that this is also going to be a bona-fide MMO?  In truth, it almost seems too good to be true.  Needless to say, the smart person would bet money that this game is going to end doing quite well. 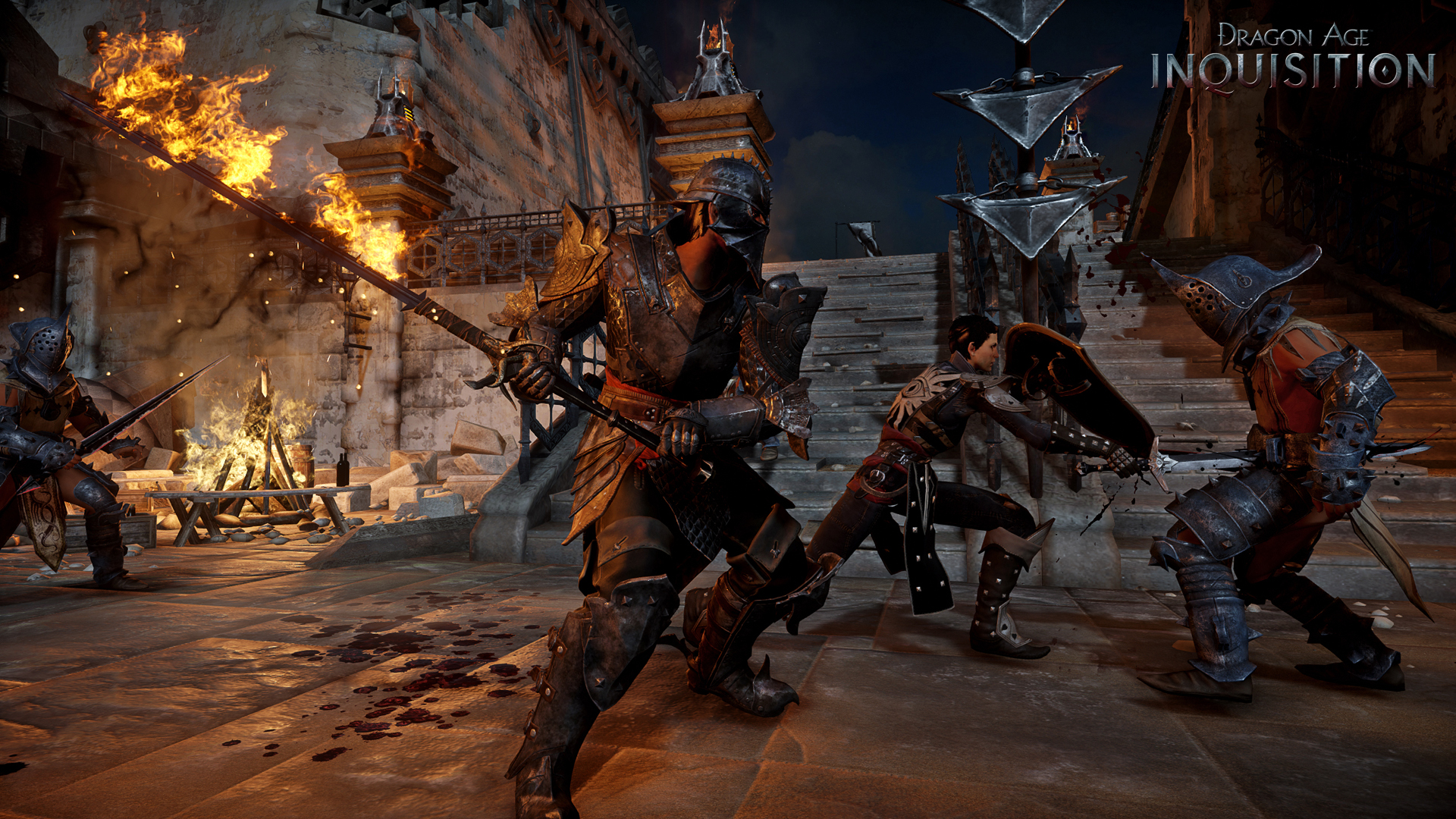 Dragon Age: Inquisition will be the third game in the series which was created by BioWare, the people (most noted for their success with the ever-endearing Mass Effect franchise).  For all intents and purposes, this game is many different things – a creation which is exploring multiple simultaneous concepts.  Most notably, it is a fantasy-themed RPG, which means that it’s more of the same sort of character classes and quest-based developments we’ve seen in the past.

Then there’s the talk that the game will end up being even more open-ended compared with previous canonical releases.  For the hardcore Dragon Age fans this is obviously tremendous news.  Of course, depending on just how “open” they actually made everything it could be end up being either amazing or falling back into the same kind of system (to varying degrees).  At any rate, it certainly seems to be a very interesting twist of fate for the series and seems poised to raise more than a few eyebrows. 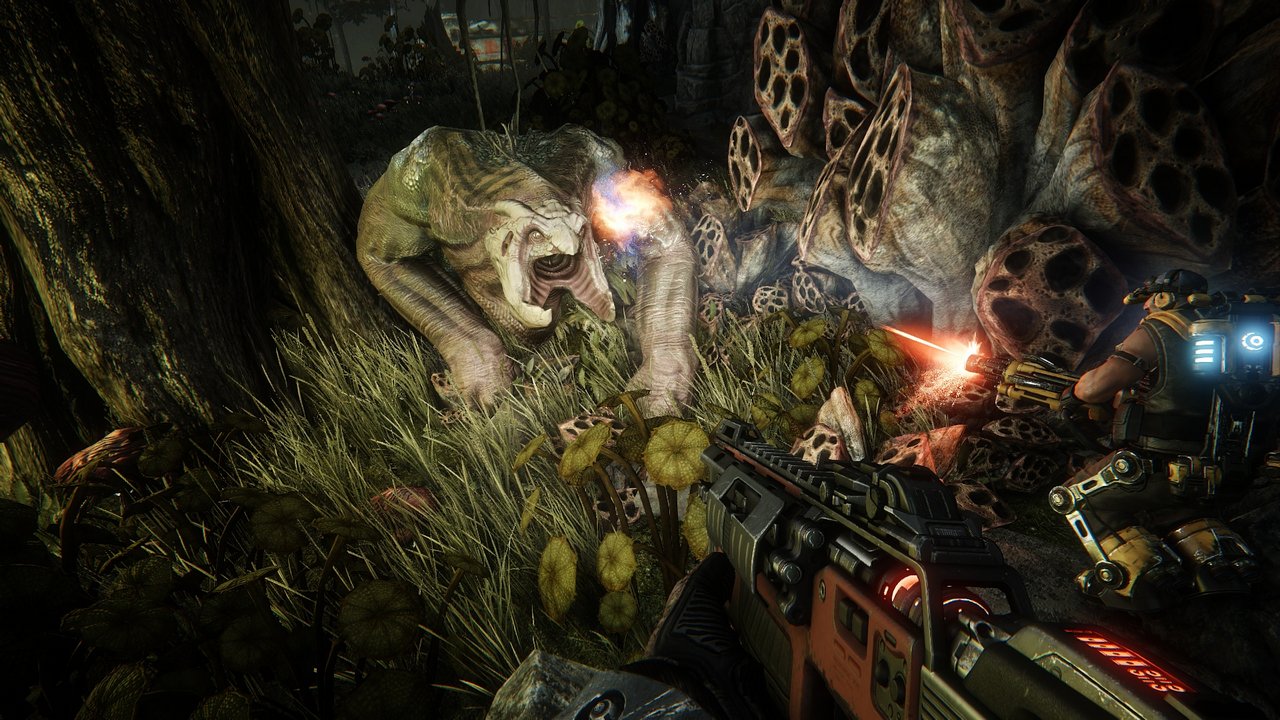 Quite simply, Evolve has a lot going for it.  First off, there’s the multiplayer / story integration angle, check…seems cool, right?  Secondly, there’s the somewhat Left 4 Dead-inspired “the fifth player controls the alien monster” mechanic that is sure to be incredible and loads of fun.  From just checking out some of the gameplay videos out in circulation there’s the general notion that this game is going to yield a lot of great replay value (amongst other things).  Thirdly, you have the environments, which not only feature some thoughtfully-inspired touches, but remain unique and interesting enough to keep you dredging forward.

Fourthly, there’s the real star of the show – the way the monster evolves as you progress.  This critical addition makes the overall experience much more strategic and fun, plus there’s the added benefit of (when playing as the monster), you can kill smaller creatures to gain their power.  Clearly, this mechanic is rife with possibilities and is sure to lend itself to hours of magnificent multiplayer madness.  To further sweeten the deal there’s going to be more than one type of alien monster to play with, at least four more on the way, in fact.  Some testers and critics have even gone as far as saying that Evolve features some of the most well thought-out level and gameplay design that they’ve ever seen in anything. Adding that this one is really going to impress a lot of people… 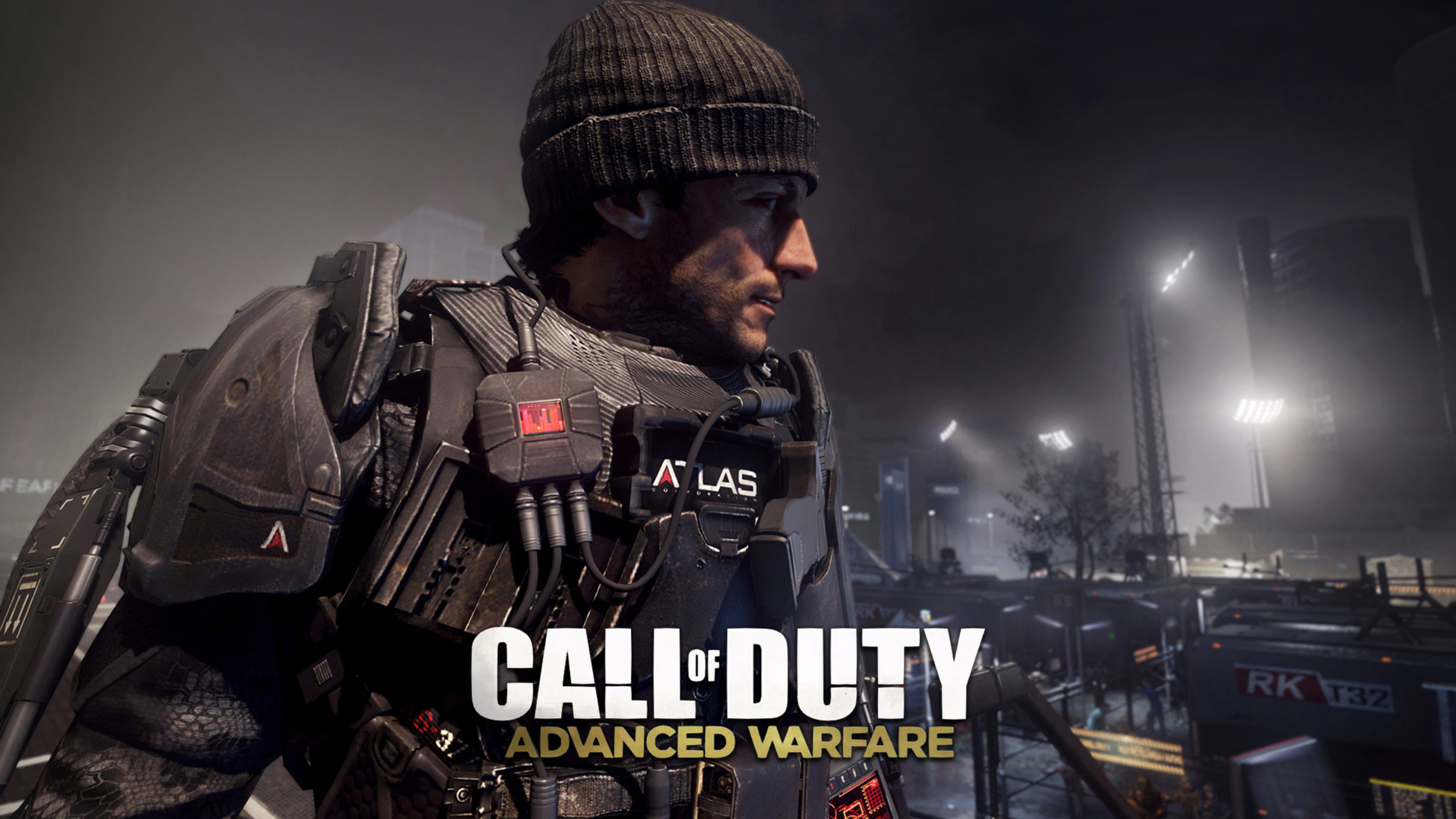 Last, but certainly not least, we have Call of Duty: Advanced Warfare, which is by all accounts one of those games that is deemed and/or destined to satiate everyone’s first person shooter desires (once again).  Needless to say, this is the game that many have been asking for all along or at least for the last 5 years or so.  Now, with none other than Kevin Spacey on board, it seems as though this CoD installment is the one that’s poised to finally give next-gen consoles something to chew on.  In fact, development for the 7th gen (PS3 and Xbox 360) version is being handled by High Moon Studios, while the 8th (and PC incarnation) has been granted to Sledgehammer Games.

In a nutshell, Advanced Warfare seems to have it all.  The looks, an ever-expanding bag of tricks which is no doubt going to up the FPS ante once again, and of course, a high-convoluted plot / story filled with several layers of intrigue. Let’s put it this way – if Call of Duty: Advanced Warfare isn’t a hit and a multiplayer fan favorite, it will come as an enormous surprise to millions.