Machine Games, Wolfenstein II: The New Colossus is a first-person shooter that takes place in an alternate universe where the Nazis won WWII, and white supremacy has spread across Europe and the United States. This bloody and brutal game will guide you through the adventures of B.J. Blazkowicz as he shoots any Nazis he encounters while trying to free the United States from the white supremacist’s power.

Wolfenstein II: The New Colossus contains chapters that you will have to progress through in order advance in the game. During the game, you can use melee attacks, guns, or explosives to fight against the Nazi regime. In some situations, a melee attack may be used to assassinate an enemy without being detected, allowing you to move through the game stealthily if you wish. Your health is divided into sections that can regenerate, and as long as an entire part is not depleted, it will slowly recover. Once a portion is exhausted, you will have to use health packs to restore your lost health. 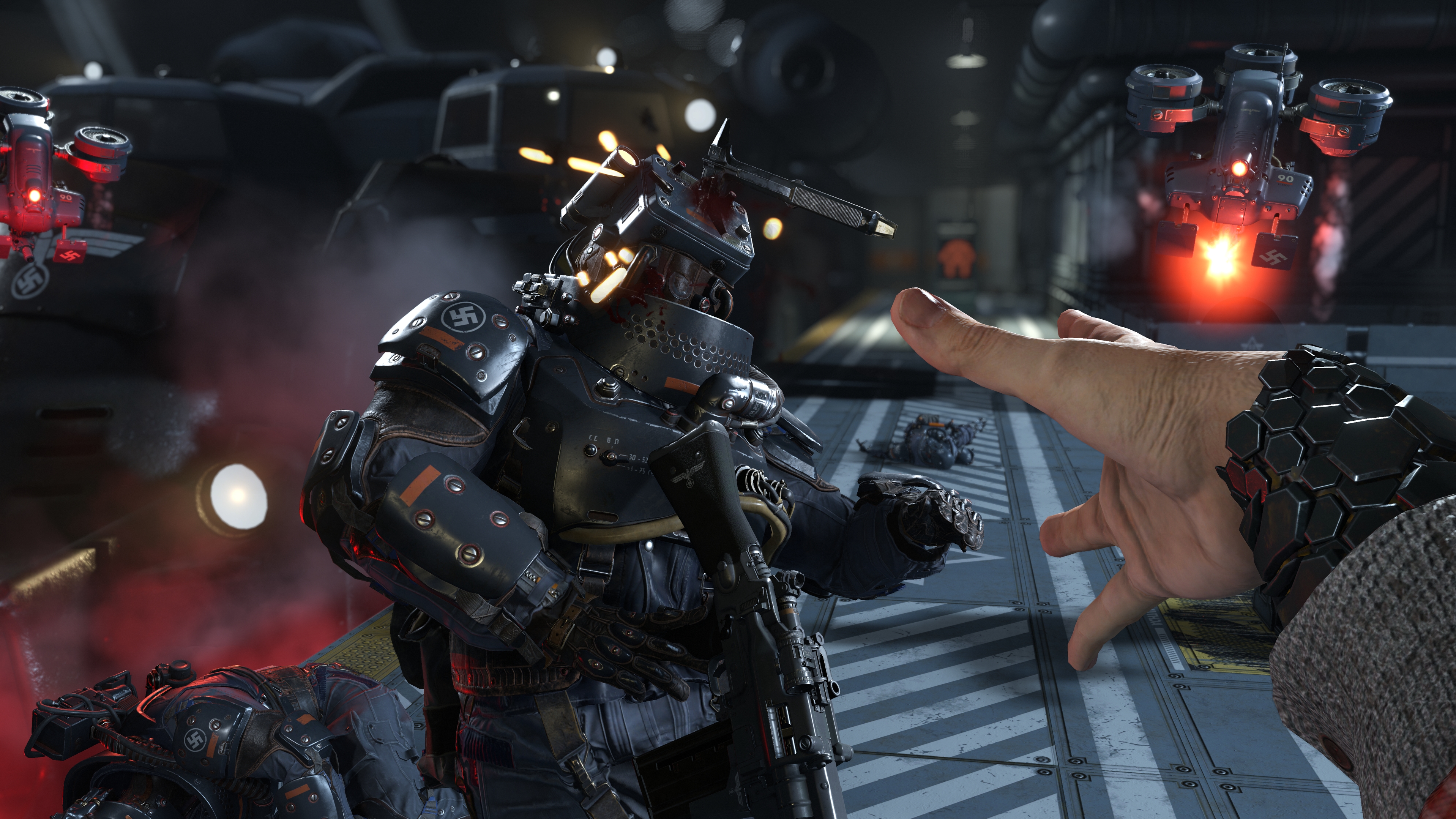 If you played the first game, you might be surprised to see B.J. Blazkowicz return in the sequel. He miraculously survived the nuclear blast where the first game left off, though severely injured, and is ready to take on Nazis again. If you were unfortunate and did not play Wolfenstein: The New Order, don’t fret, you can still play the follow-up. Wolfenstein II: The New Colossus does a great job summarizing the events of its predecessor creating a smooth transition.

When you first start Wolfenstein II: The New Colossus, you have two choices, you can follow the same path you supported in the first game, whether polite American pal Wyatt or Glaswegian pilot Fergus survived, or choose a new one. The choice that you make will set the stage for the remainder of your journey. If you pick Wyatt, you will receive the Diselkraftwerk, a fire weapon, and if you choose Fergus, you will receive Laserkraftwerk, which can vaporize your enemies. Your choice will not only grant you a unique gun, but it will lay the foundation of the cutscenes that you will encounter throughout the game. This aspect, if you are like me, will create an urge to replay the story at least one more time. 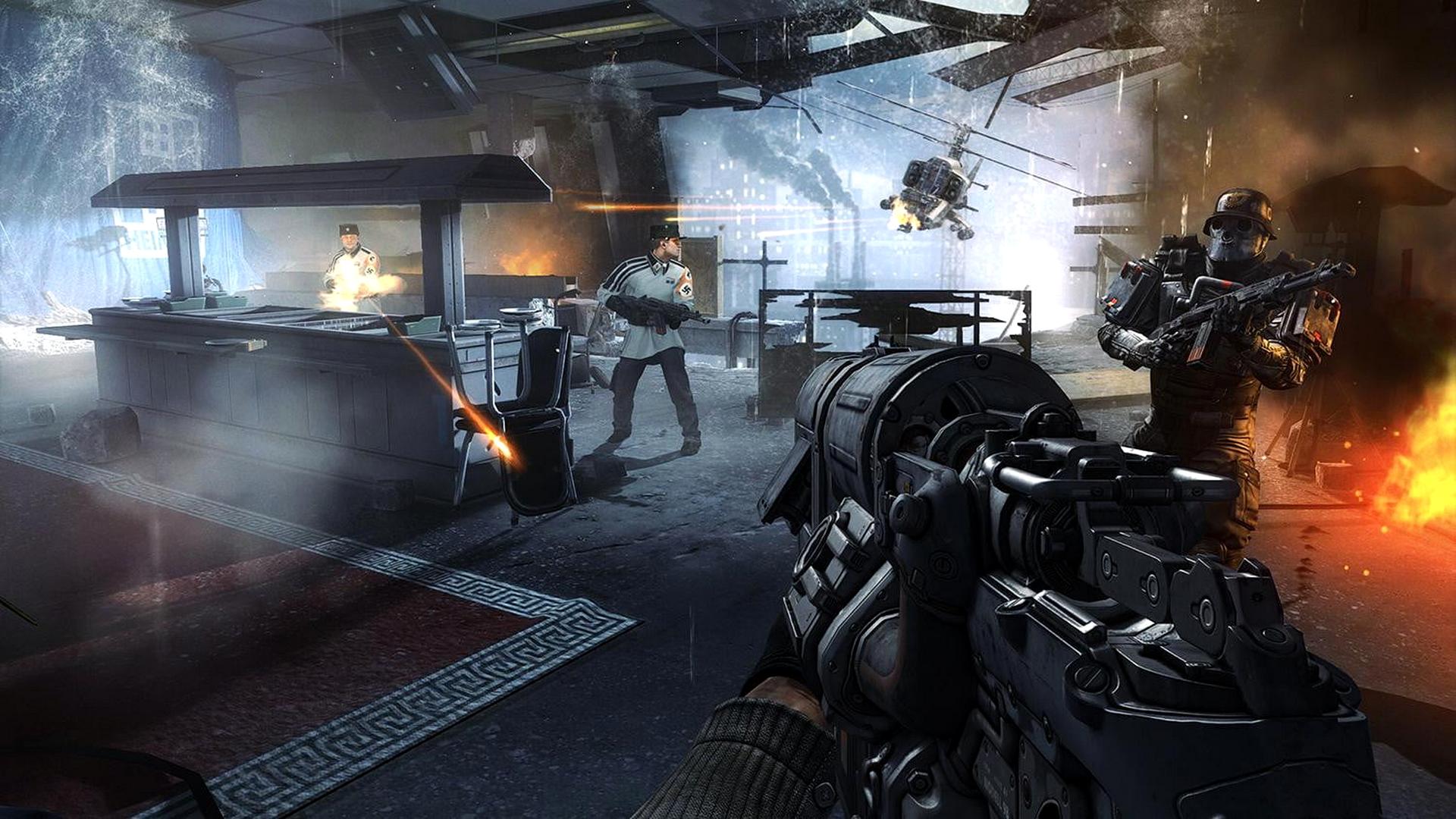 Wolfenstein II: The New Colossus fully immerses you into the world created by Machine Games. Very early in the game, you encounter the white supremacy mindset shockingly engrained by the Nazis after their victory. A young B.J. Blazkowicz is caught playing with a black female friend. His father is enraged and goes on to explain why the “straight white man” is supreme and superior to any other races or sexual orientations. To teach his son a lesson, he is tied to a beam and forced to shoot his dog after his father kicks the animal.

During the storyline, you start to get a better view on who B.J.’s father is. During a series of flashbacks, the failed life of Rip, B.J.’s father, unfolds. He fails to turn his father-in-law’s business around, not accepting the blame, and turns his rage to his wife and son. Later Rip makes his way back into the picture, showing his jubilation with the Nazi regime, who turned the business around once all of the minorities were removed. He even goes to bost that killing a few lesser races was a fair price to make America great again. 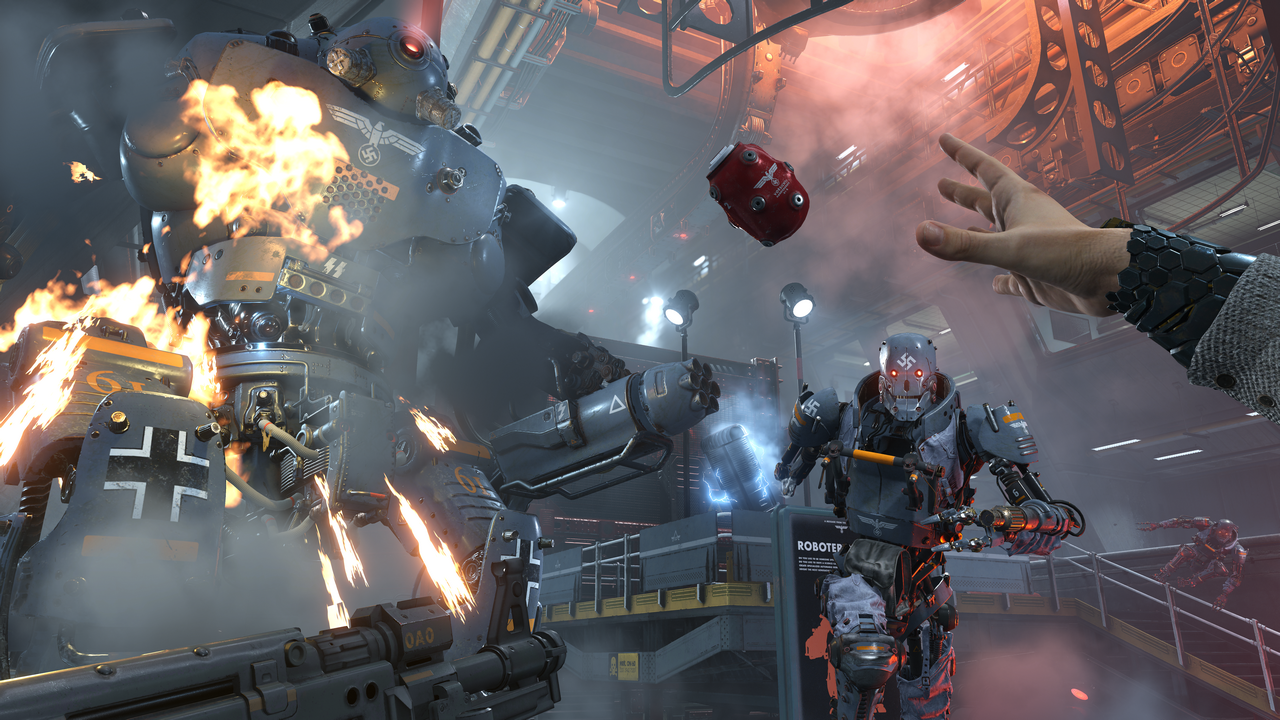 B.J.’s father isn’t the only one in this alternate universe that abandoned their principles and core values. As Blazkowicz fights his way through waves of Nazi soldiers, the majority of the United States has taken to the new regime and is not afraid to show it. The same America that fought against the Nazis has turned to embrace their promise, to ensure the future of the superior white race. Though some support the new government more than others, it seems most are standing with the Nazis.

Overall, the game has an immersive story that will take you on more than just a Nazi killing spree. You will want to journey with the characters and attempt to figure out their fate. Each step of the way will leave you wanting more.