Turtle Beach is an organization that’s really made a name for itself within the realm of gaming accessories over the course of the last few years.  This is especially true when you look at the various headsets they’ve been steadily releasing.   In fact, the Ear Force XO Seven model that we’re taking a look at here is essentially an upgraded counterpart to another entry from Turtle Beach, the XO Four (which is also a fine piece of gaming equipment).   Truth be told however, the XO Seven is truly of an entirely different caliber – suitable for everything from professional tournament play on down.

First off, there’s the way this wonderful headset looks.  Sleek and shiny black contours meet with single band of green which encircles each earpiece; they certainly look like an expensive pair of headphones.  Those who prefer a more customized look will be thrilled to note that the speaker plates can be freely exchanged, and there’s even a special site the company has set up which features many additional designs (which can be found here).  Of course looking the part is only admissible if they’re able to follow through on their promises.  Luckily, the Ear Force XO Seven Premium Gaming Headset for Xbox One delivers amazing high-quality audio in both comfort and style. 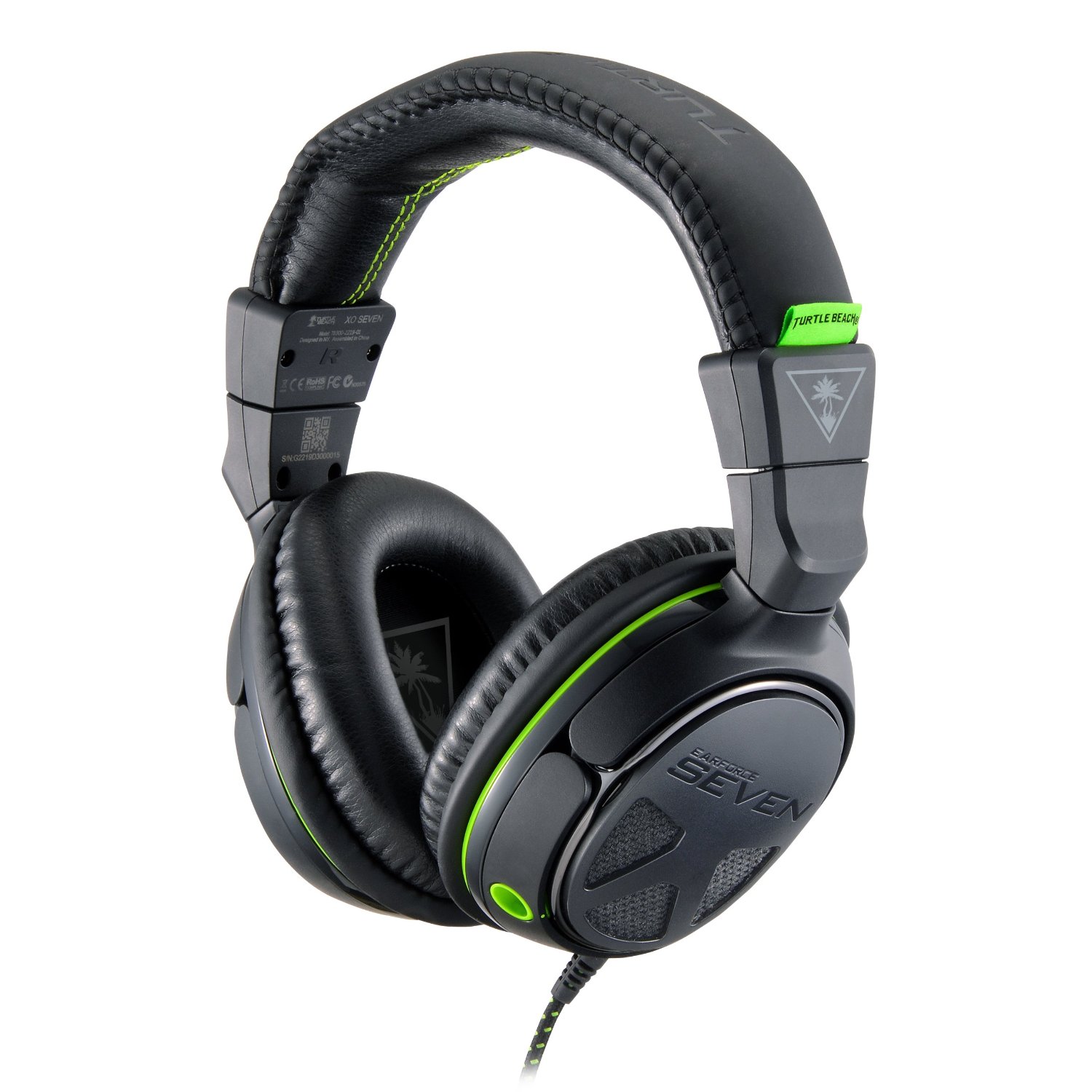 Connected to an Xbox One, the XO Seven model certainly provides the sort of high-quality audio one would expect for their asking price.  In fact, the unit has bee specifically tuned to provide great sounds and performance from the specialized audio adapter for the Xbox One.  Moreover, you can also remove the boom mic and add the “mobile cable” if you want to try using the headset with your mobile device(s).  For example, it’s great for music (obviously) as well as chats on Skype.  Likewise, you’ve never truly experienced a movie until you’ve watched it while wearing a quality headset such as the XO Seven.  The sheer level of detail delivered by this unit (across the entire audio spectrum) helps to paint highly vibrant mental images to enhance the visuals of your favorite games and films.

Not surprisingly, the XO Seven also features independent controls for both chat and game audio, so you’re never struggling to hear anything important or make internal adjustments.  Moreover, since there’s also a noise-canceling microphone onboard you can be sure that no ambient sounds will bleed in to break your concentration or confuse you during a critical match.  In short, the Ear Force XO Seven model is perfect for both casual online chatting via XBL as well as professional gaming situations which require total immersion.