Nintendo EAD Tokyo & 1-UP Studio’s “Super Mario 3D World” is pretty much everything you’ve ever wanted in a Mario title.  First off, it artfully blends together the trademark overhead 2D gameplay you find throughout recent series releases with some abstract 3D designs.  The result is a game that looks, plays and responds like you’d expect a truly classic platformer to.  It’s basically the sort of game that can transport you back to a simpler time in gaming without sacrificing modern visuals, of course.

If you’re already familiar with the way Super Mario 3D Land worked then 3D world is going to immediately make a lot of sense to you.  The plot involves the 4 main characters (Mario, Luigi, Toad and the Princess) exploring the Sprixie Kingdom after one of their residents suddenly appears via a translucent pipe.  Naturally, Bowser is having none of that and immediately springs forth from out of nowhere to kidnap the Sprixie thereby necessitating that our heroes take action to save them.  In other words, it’s the same sort of charming storytelling that we’re all already familiar with and addicted to. 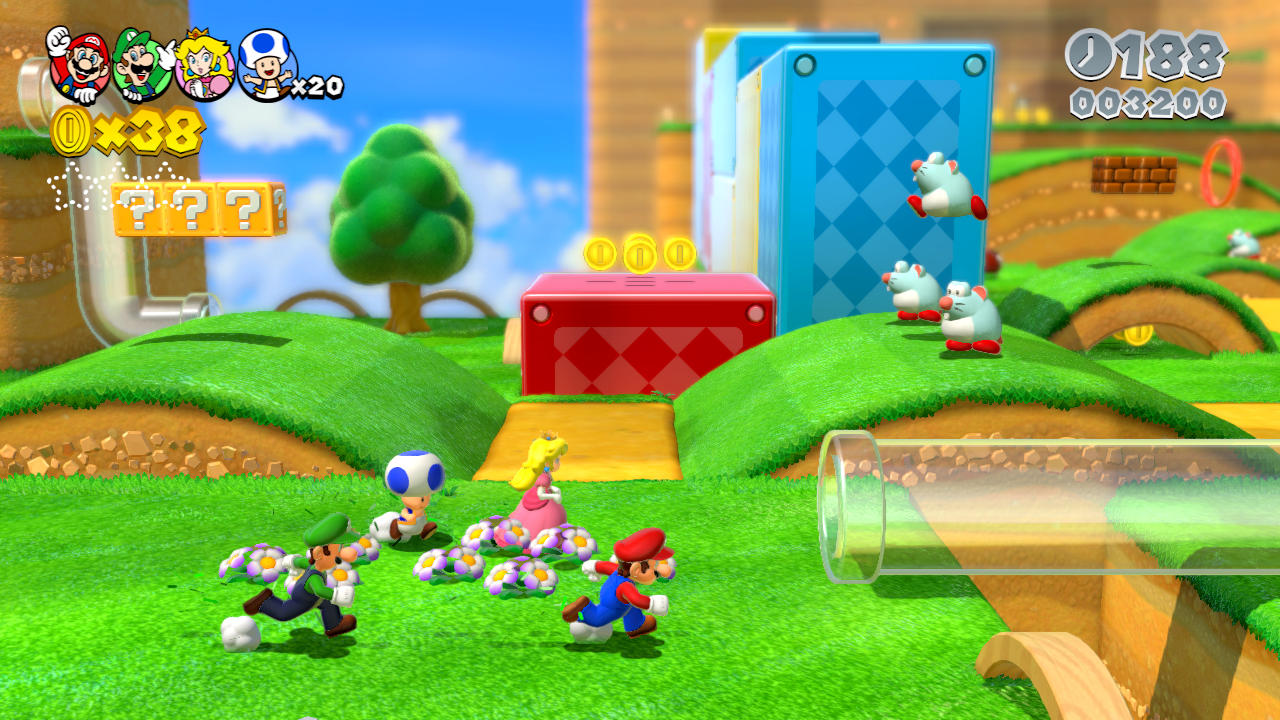 Perhaps the most striking aspects of Super Mario 3D World are its graphics and style, which is at once crisp, clear, colorful and clear as well as visually satisfying.  As previously mentioned, this game is based on a sort of enhanced 2D mechanic whereupon the gist of the side-scrolling experience is fermented in various 3D concepts.  In short, the level design is beyond brilliant and for all intents and purposes IS the star of the show here.  At the same time, there seems to be even more detail present here than expected, with virtually all the textures being extremely sharp and visually appealing.

The Super Mario series has made a real name for itself when it comes to completely exploring the possibilities offered via alternative and fused gameplay concepts, and Super Mario 3D World is certainly no exception.  You really can’t say enough about how well-blended all the various elements of this game truly are – what you’re left with is a lighthearted, somewhat magical experience.  Of course the coolest thing about SM3DW is that it blurs the line between what is considered to be solo gameplay and multiplayer.  Because you can have 4 players engaged in exploring an area at the same time, there is a certain strategy which emerges as well (especially when you consider the fact that each character has their own abilities and faults).  Finally, when you consider that the game is also compatible with the Wii U Gamepad (and that either the mic or touchscreen can be manipulated to affect hidden items in the environment), you’re left with a title that’s jam-packed with attractive features. 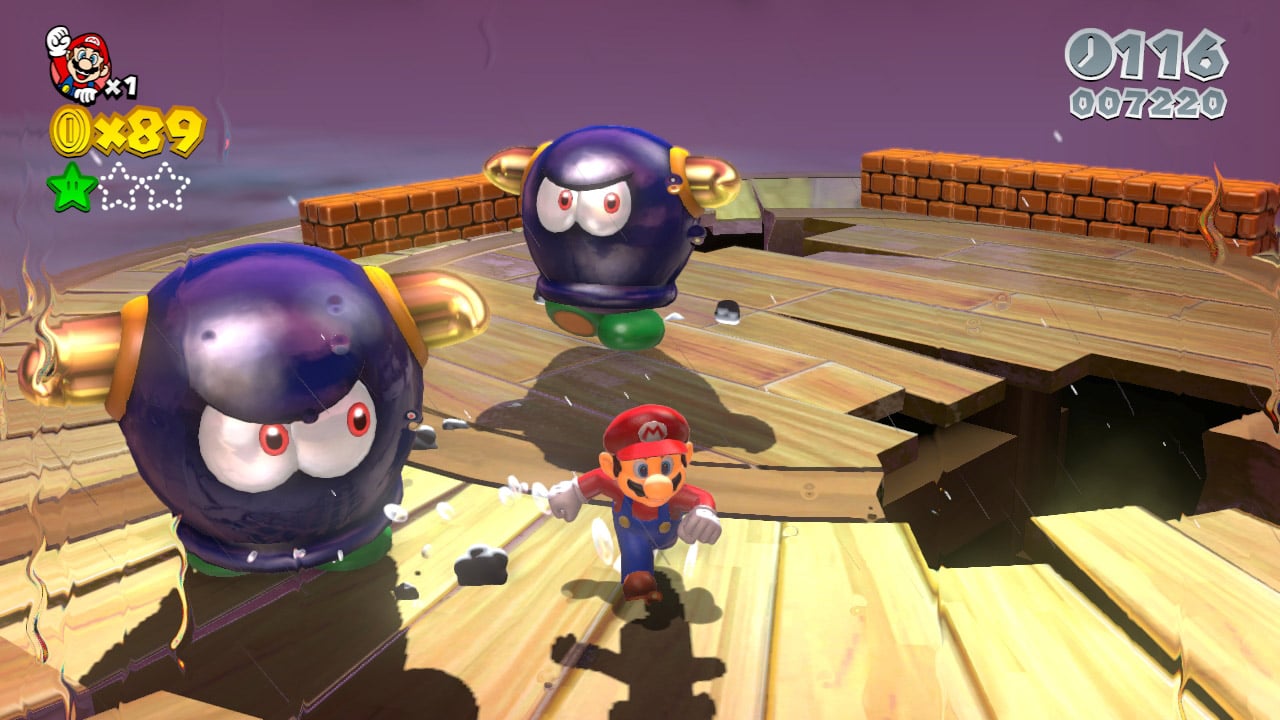 Hands down, Nintendo devotees and especially Mario fans need to play this game.  Its unique gameplay and charming aesthetics make it a surefire winner which will keep you entertained for hours on end.