Taking cues from older arcade racing titles, the Trials series has always been about providing gamers with fun and accessible, yet uniquely deep and challenging side-scrolling gameplay.  In other words, these games are often very easy to begin playing for enjoyment, but extremely frustrating when it comes to mastery (latter levels often being very difficult in design).  Rather than trying to reinvent the wheel, RedLynx and Ubisoft’s “Trials Fusion” is evolution of the aforementioned model.

Whereas previous entries tended to place you in rather restricted locales, this release has you racing across an incredibly diverse range of terrains.  In short, this is part of what makes Trials Fusion such an incredible title; it neatly melds all sorts of natural and man-made formations into unified tracks with loads of character.  At its core however, the game remains the same – it’s all about finishing courses within certain time limits and executing very precise movements that will guide your racer over various obstacles. 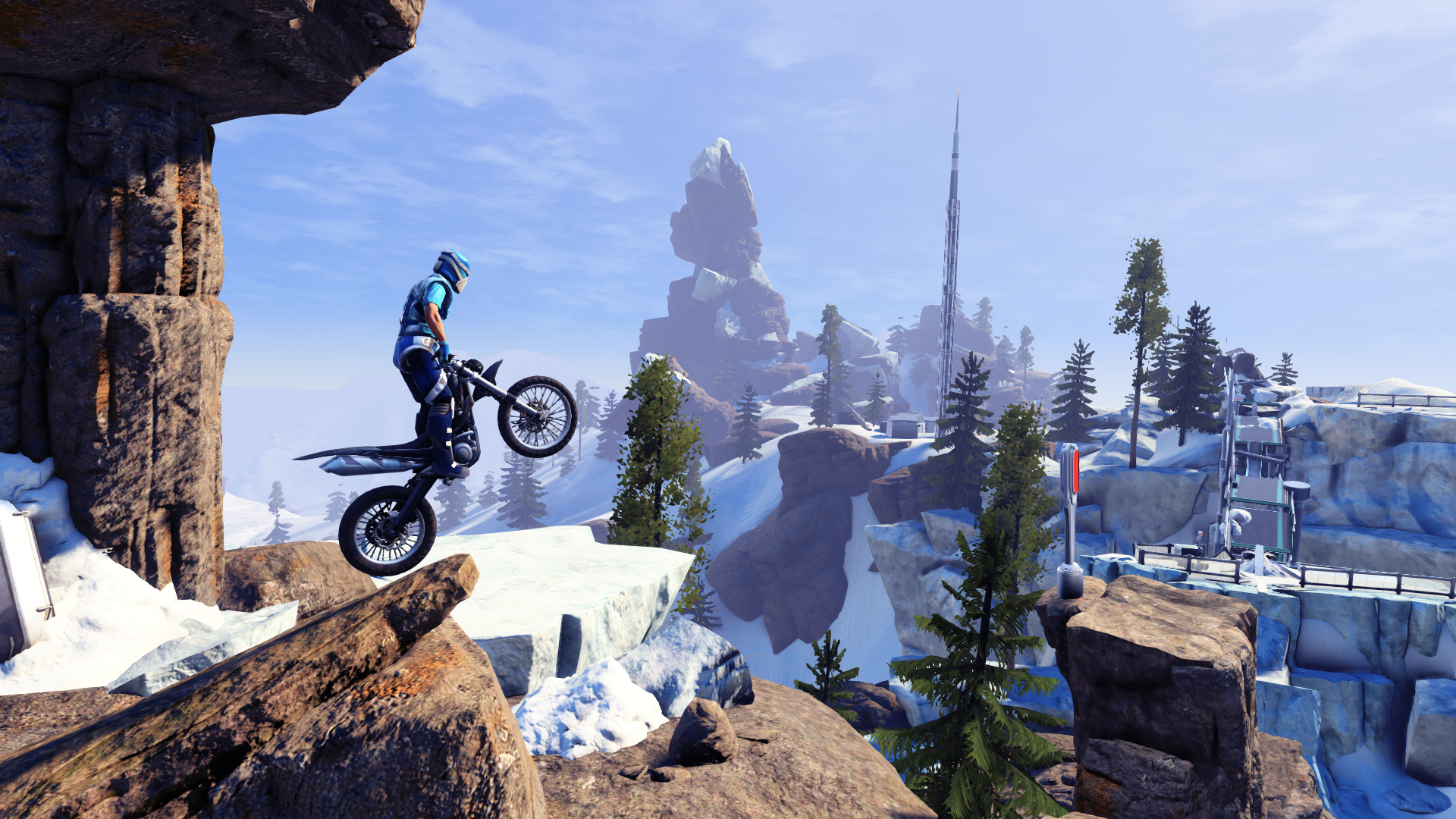 Immediately, fans of the franchise will notice right away that TF offers up a very noticeable visual improvement.  Rather than merely traversing a series of scaffolds you’re actually moving across tracks that give new meaning to the word tension.  Whether it’s pulling off bunny hops across light posts or pulling off a massive jump across the top of a wind generator, the overall impression given is one of nervous tension.  This is of course a means to an end; the game also rewards you with magnificent jumps which are extremely satisfying to land.

On its face, Trials Fusion appears to be a complete overhaul, a colorful and diverse departure for the series.  However, upon closer inspection you’ll notice that very little has actually changed in terms of actual design.  The same addictive formula that pulled you in before is present here as well, although in larger quantities and in concentrated form, no less.  Dedicated Trials fans will feel as though they’ve died and gone to heaven with all the incredible tracks to play around with.  Speaking of which, they didn’t just refine this title’s visuals in a roundabout manner, some areas (like the dusky backlit organge-hued trails segment) take on a completely different character which again, adds additional depth to the title. 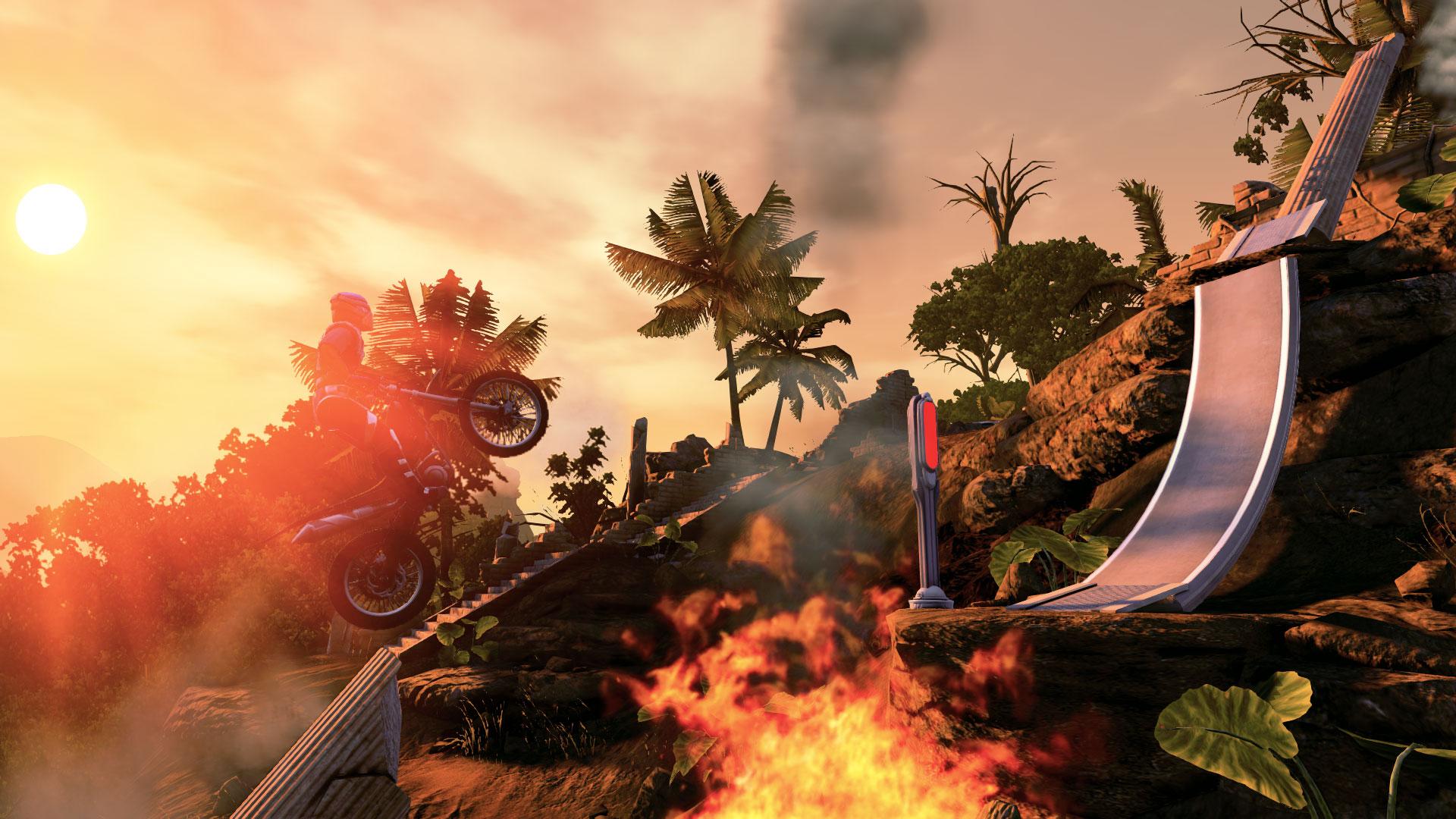 As expected, the latter levels give way to increasing difficulty; meaning, you’ll be pulling your hair out while navigating a series of demon-designed jumps.  Naturally, this is all just part of the Trials experience, and when you actually surmount one of these areas the immense sense of accomplishment you’re rewarded with is reason enough to keep on going.  There’s also some abject dark humor sporadically interjected here and there as well, which helps to alleviate some of the stress of repeated failed attempts at some insane jump.

Ever since its initial release date in 2020 passed by, Studio Blue 12’s upcoming adventure game, Stray, has been on everyone’s minds. There are...
Read more
Best Games

Sony's 8th generation console, the PS5, was released in late 2020 and is a significant upgrade over the PS4. The ray-tracing, 8K resolution support,...
Read more
Best Games

The Xbox series is a modern gaming console used by gamers of all ages, and its popularity has grown over the years. Below are...
Read more