If you’re only interested in somewhat serious sandbox titles, the kind of games that seek to convey some sort of deep story, Coffee Stain Studios’ bizarre “Goat Simulator” might not be for you.  On the other hand, if you delight at the very notion of a game that’s every bit as zany as its title implies, this peculiar 3rd person open-world experience will definitely hit the spot. 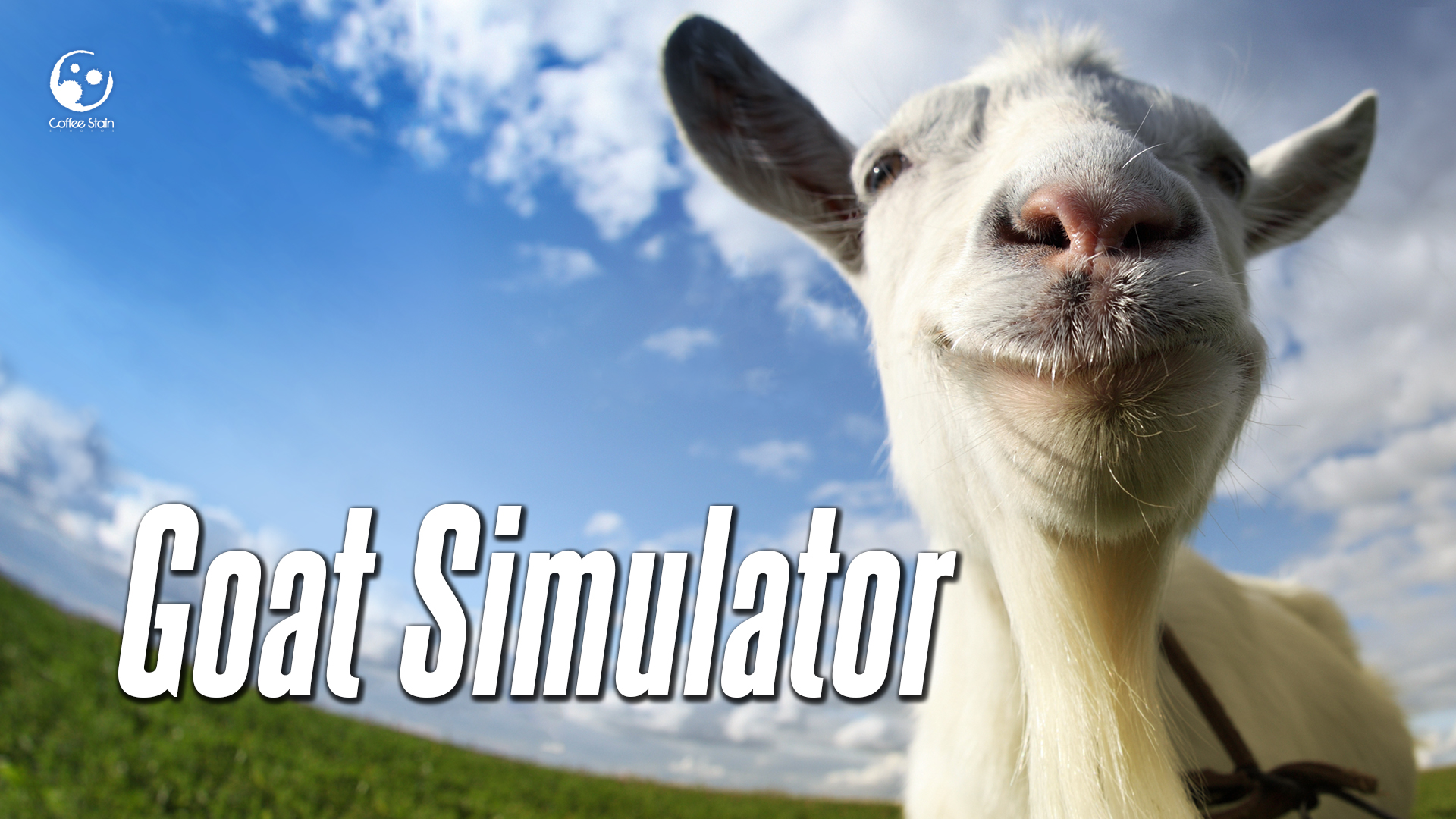 One of the hallmarks of this insanely fun creation is a complete lack of any type of plot or series of objectives.   While this might sound rather droll, within the context of Goat Simulator’s humor, it’s anything but that.  You assume the role of some type of crazy, invincible (perhaps supernatural) goat, who receives points and notifications for completing various activities.  All things being said, this is really a game devoted toward breaking things and freely exploring the map – aside from that, there’s no much going on.  As you traverse its world you might even be able to trigger certain calamitous events, each one being somewhat darkly comical in nature.  It’s almost as if our goat protagonist is some kind of macabre apocalyptic force that’s dead-set on terrorizing humans. 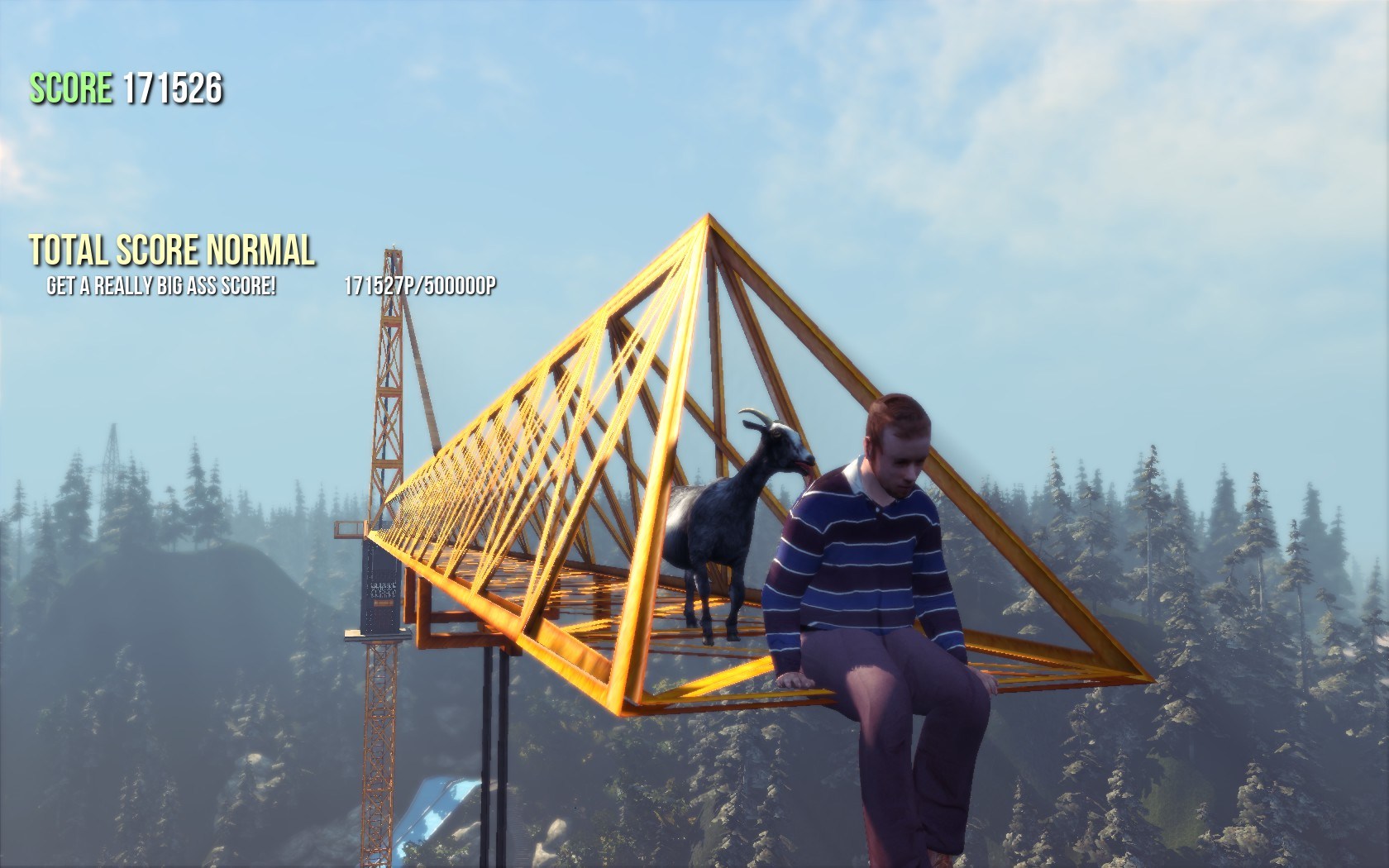 However, within the context of that seemingly weak formula, Goat Simulator manages to provide players with plenty of “activities” to participate in.  You might think of this title as being a decent-looking sandbox with a number of physics-based tools to play around with packed inside of its weird landscape.  For instance, you might randomly come across a trampoline (or jetpack) and end up spending 10-20 minutes or more just experimenting with it.  Just like real life goats, your in-game animal is able to climb and navigate really dangerous areas as well; it’s a lot of fun to climb a big crane and jump on top of a hang glider, for example.

Visually, Goat Simulator possesses a very suitable visage and art style.  While it’s not pushing the envelope, the environment is suitably realistic and graphically sharp.  Excluding any reported bugs and glitches (which can also be fun sometimes), it also runs rather smoothly too.  The real draw of GS however is its comedic factor, which ranges from the subtle to overt.  In terms of the madcap / insanity factor, this title is somewhat reminiscent of an older PC game called “Postal”, but much sleeker and more solidly built, of course. 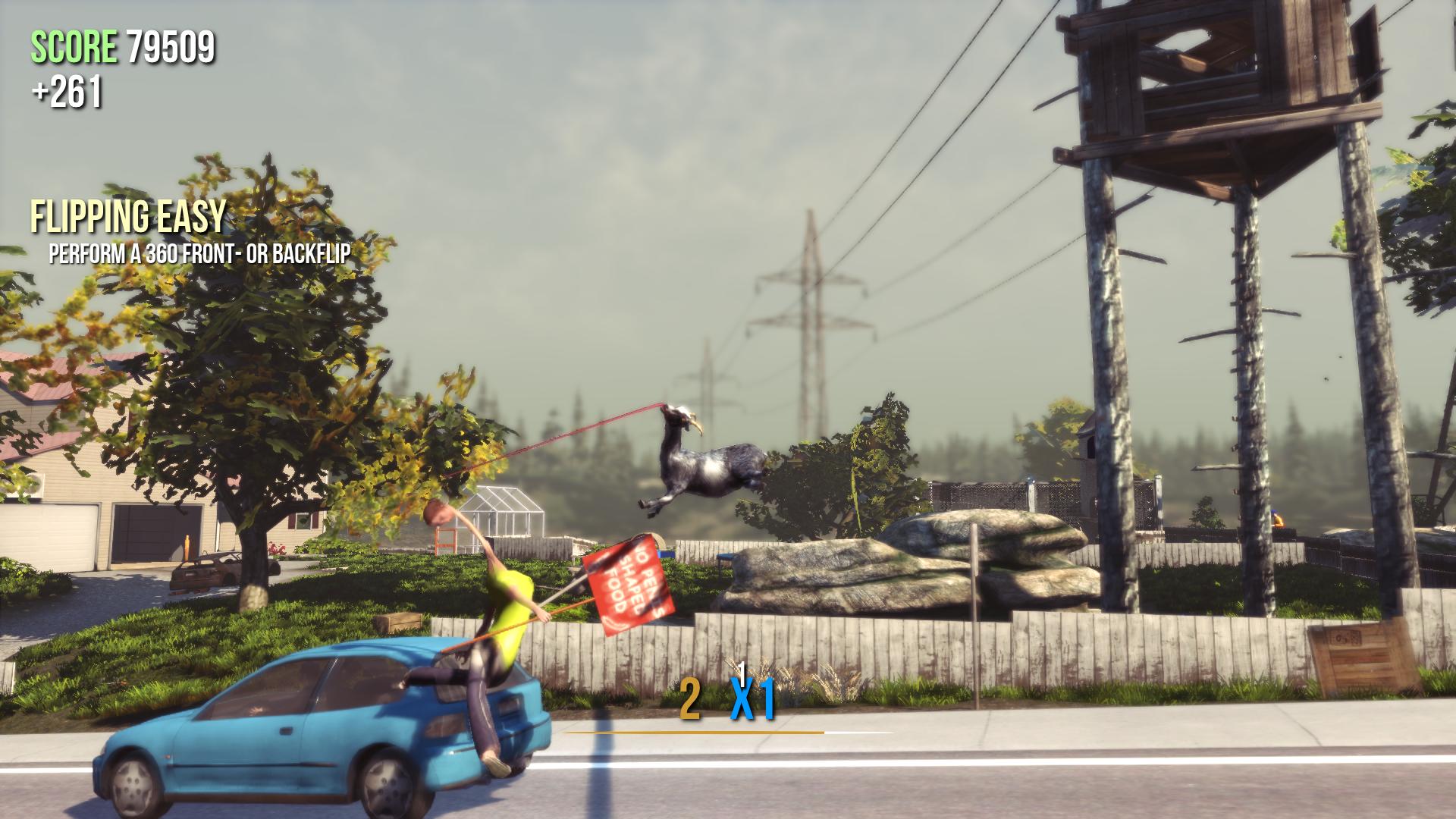 Again, this isn’t a game that’s forcing or even asking you to excel at anything, in fact, it seems to relish in its weirdness, never punishing the player for anything.  In other words, if you’re a gamer with a sense of humor who maybe likes to have a good time with friends trying off-the-wall stuff in-game, Goat Simulator is definitely worth checking out.    There really isn’t anything else out there that’s quite like this game, which makes this title more or less one-of-a-kind.