Within the gaming world, hunting simulators are often overlooked in favor of more action-oriented titles.  However, it’s often hard to overlook that fact that many popular games (such as Bethesda’s “Skyrim”) integrate various honest-to-goodness elements of hunting within their core gameplay.  There’s something strangely calming about wandering around lush virtual forests without having to worry that some gigantic Dragon / Troll hybrid is going to emerge from the tree line to smash you to bits.  “Cabela’s Big Game Hunter: Pro Hunts” is a good example of this as it presents a somewhat slower and more deliberate FPS experience that’s a bit more tranquil than other titles. 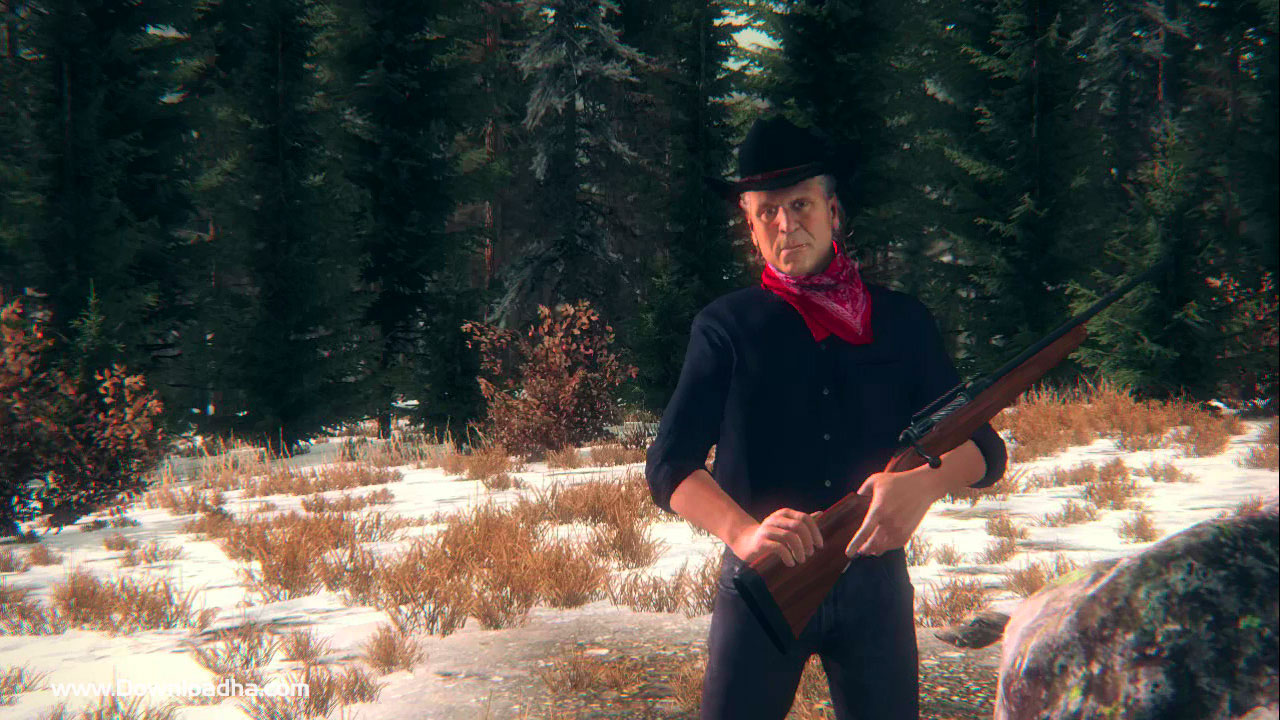 One of the first things you’ll notice about this particular title is its visuals, which are sort of dated-looking, but nevertheless quite nice assuming you’re not too picky.  What we’re looking for in a simulator such as this is an accurate reference to nature and it delivers in that respect.  Rather than being one of those games that immediately presents you with a series of earth-shattering problems to be overcome, CBGH: Pro Hunts plays out more like a nature simulator with various hunting objectives added.  Of course the point of the title is to spur you onward to learn some of the basics of hunting various types of game, and in this sense it does a good job of teaching you how to virtually stalk and kill your prey. 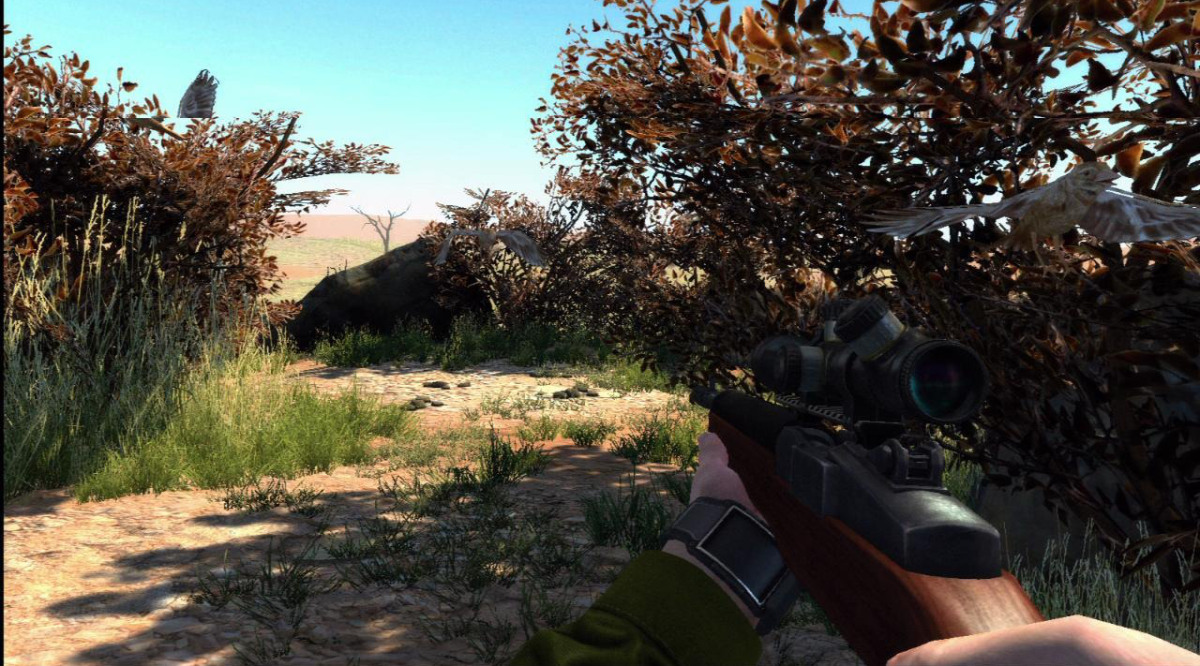 The mechanics are rather simple and straightforward, but for the person who just wants to do a bit of hunting, this is a fairly nice title.  Like many of its predecessors, this Cabela game also features the incredibly cool bullet cam that shows the path of your shot all the way to the target.  In this installation you are actually provided with loads of additional details as well, including velocity, distance and more.  Likewise, upon impact there is a complete x-ray-like breakdown of how the bullet affected your target including specific damages.

As far as the game’s campaign is concerned, everything’s broken down into a series of objectives which are to be completed.  For instance, you might be required to bag a certain type of game with a particular weapon, a bow for instance.  If you fail to complete this task you don’t progress, obviously.  Completing these challenges will naturally unlock the next area, which itself will contain other wildlife and natural formations.  The Pro Hunts is essentially divided into four areas representing North American territories via the intermediate points in cardinal directions – Southeast, Northeast, Southwest and Northwest. 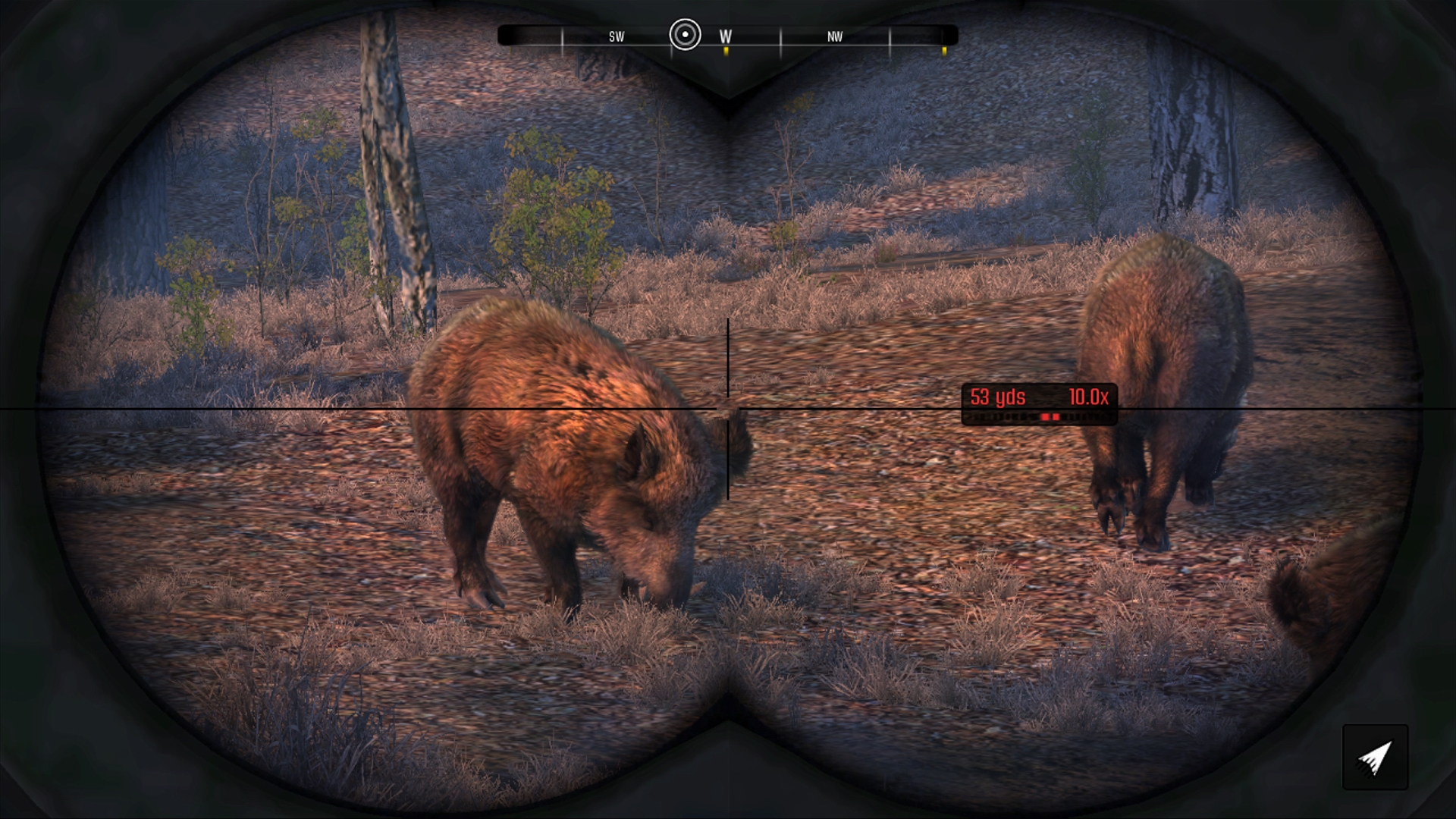 Cabela’s Big Game Hunter: Pro Hunts is a fine hunting simulator for those who aren’t able (or willing) to directly participate in some real stalking.  It contains a number of features which make it very easy for those already well-versed in FPS mechanics to simply jump right in and start taking down wild game.