Ask most gamers who possess a fairly adept understanding of the history of console gaming and they’ll probably be inclined to say that quality First-Person Shooters didn’t really emerge until the era of the PS2.  While it’s possible to argue all day long about what constitutes a quality shooter, anyone who claims that the original PlayStation didn’t have any good FPS’s to its credit is either oblivious or being intentionally divisive.

The fact of matter is that the PS1 had quite a few decent shooters, albeit they’re fairly primitive by today’s standards.  However, with the rise in retro / vintage gaming, we thought it necessary to go back and explore some of these PlayStation titles, so here is our list of the Top 7 PS1 “shooters”… 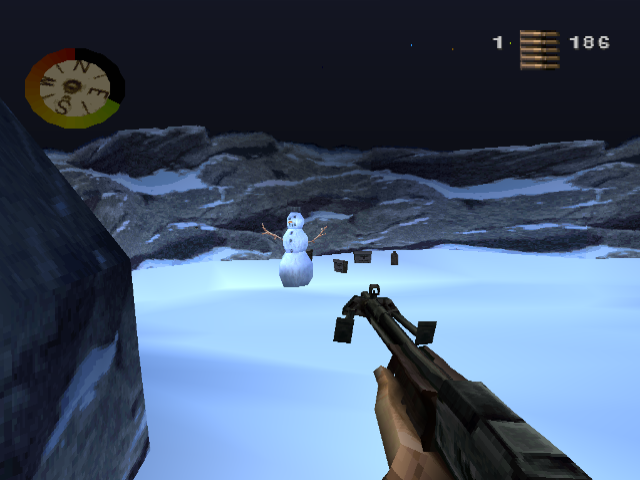 If you want to know where the WWII-themed shooter craze on consoles got stared, look no further that “Medal of Honor”.  Yes, it could be argued that PC games like “Wolfenstein 3D” really set the world ablaze, but it was this game that introduced a new level of realism to historically-minded shooters.  Of course this game wasn’t centered on being true to accounts so much as it was focused on placing gamers in a historical atmosphere.  However, the game did introduce objective-based gameplay in this context, which is something that’s still found in titles to this very day. 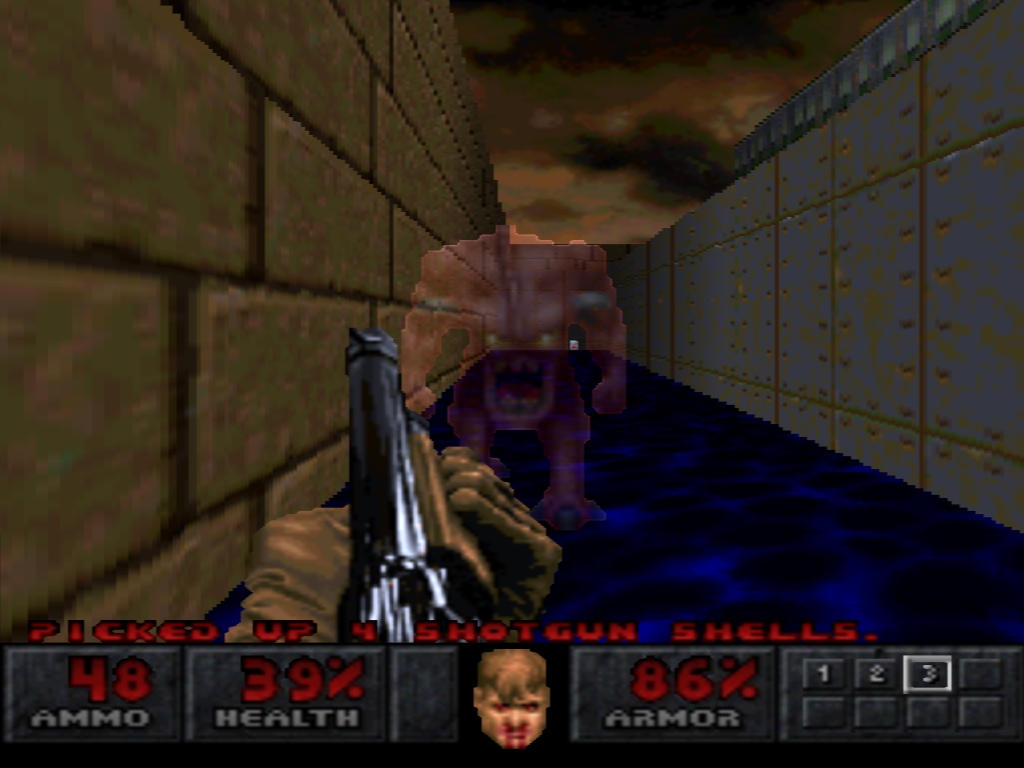 “Doom” is a legendary game in its own right, so one might accurately state that a PC-to-PS1 port was somewhat inevitable given the popularity of the console.  Naturally, this version of the title isn’t quite as refined as its counterpart, but it’s still an extremely solid and highly atmospheric shooter that both challenges as well as entertains.  The simple fact that they added additional creepy music to the game should certainly account for something. 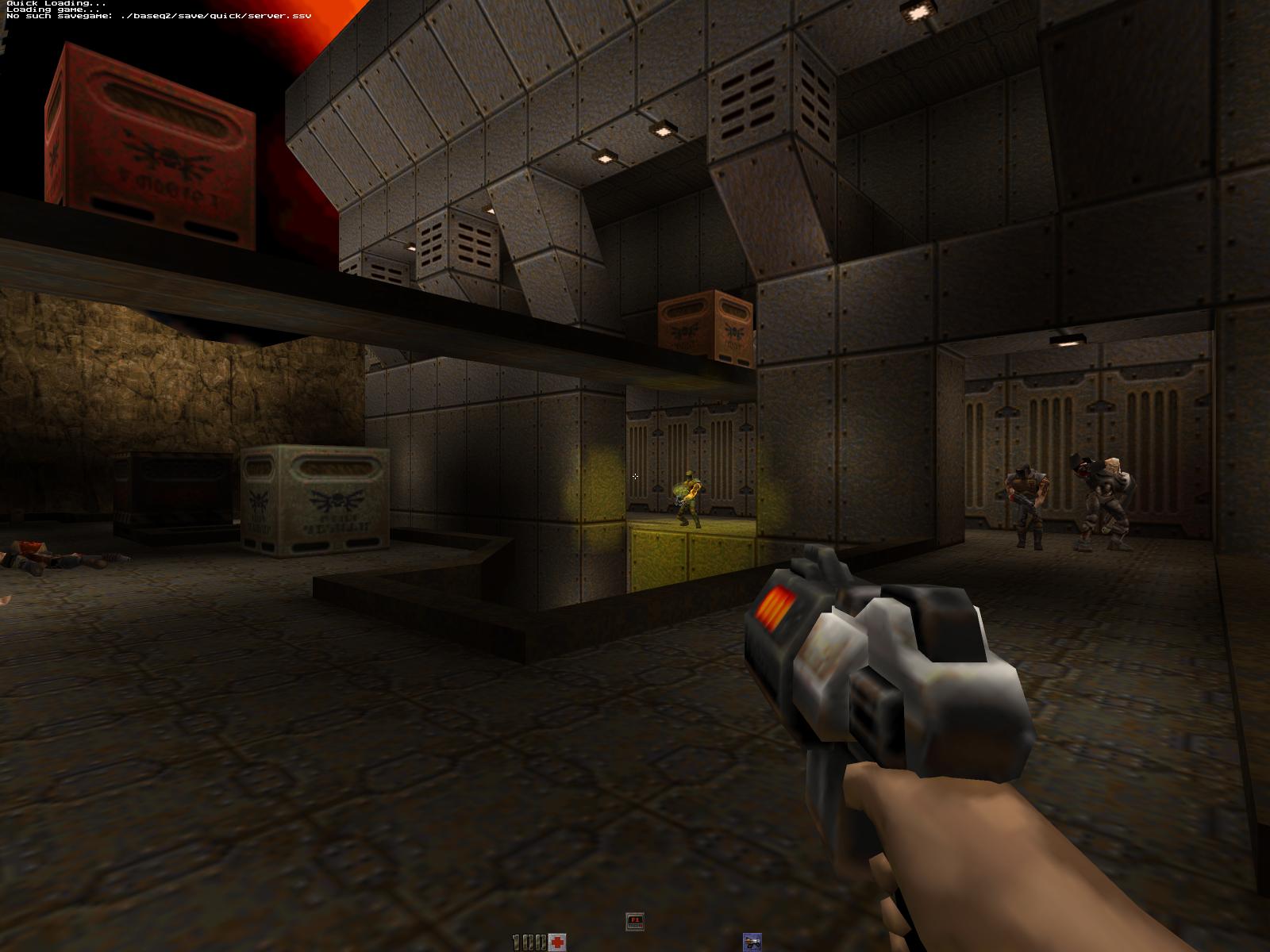 “Quake II” was, hands-down, one of the most impressive and memorable first-person shooters to make its way onto the PS1.  While it is in fact a port, the PS1 version added the ability to carry out 4-person split screen matches, which made it the obvious choice for friendly game night competitions / get-togethers.  As far as graphics and overall gameplay is concerned, this is perhaps a must-have for PlayStation 1 advocates. 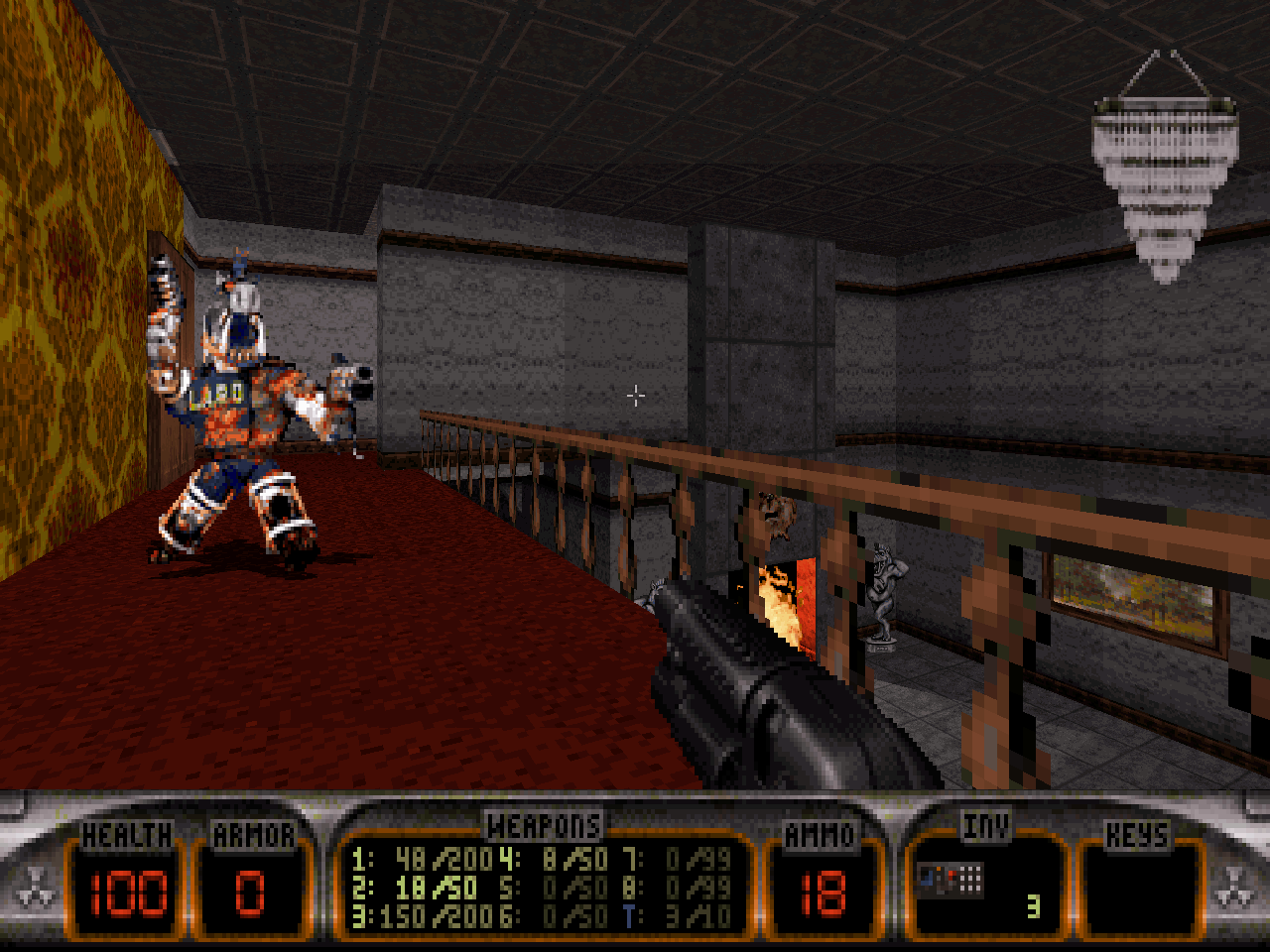 In “Duke Nukem: Total Meltdown” we see yet another port to the PS1 – it’s essentially “Duke Nukem 3D”.  Needless to say, the game probably wasn’t the best-looking of the lot, there are certainly prettier FPS’s on the PlayStation, but it make up for this with a fairly high frame rate.  Probably one of its most memorable features was of course it’s soundtrack, which featured an assortment of rock-oriented tracks. 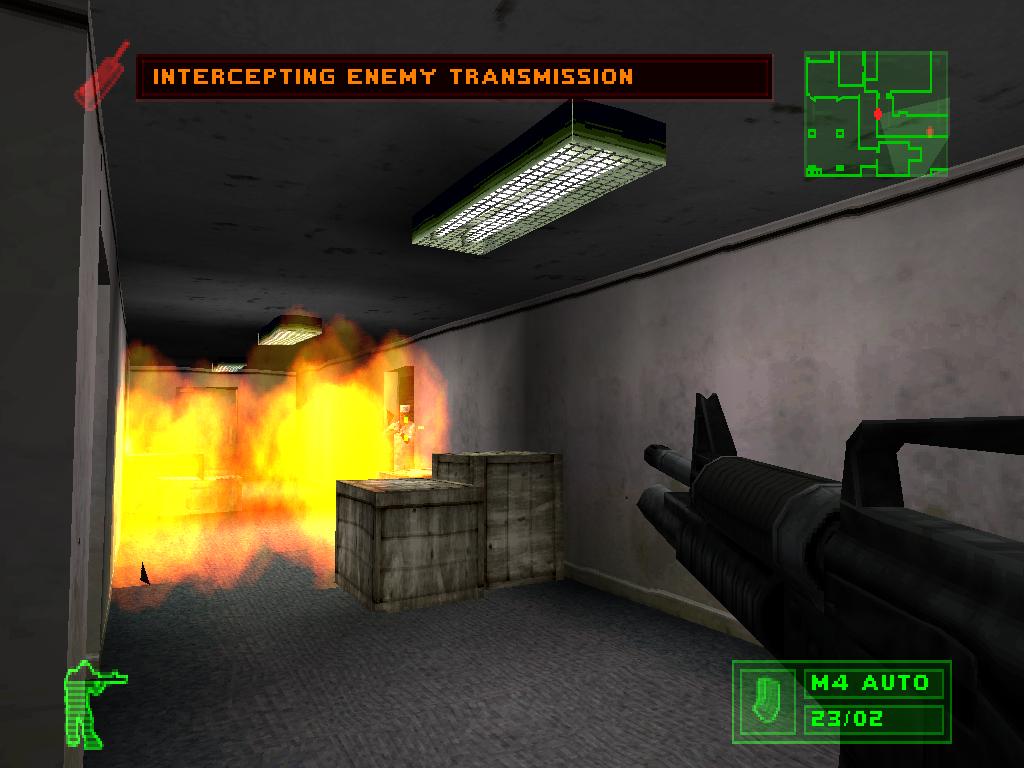 Simply put, “Delta Force Urban Warfare” has two things going for it – one, it’s probably the most attractive-looking PS1 shooter, and two, the game utilizes an objective completion-based mechanism.  Nevertheless, this title remains relatively obscure, even within the annals of PS1 historians, probably because it rests in the shadow of a “Goldeneye”.  Regardless, it was an incredibly fun title that pushed the graphical abilities of the PlayStation. 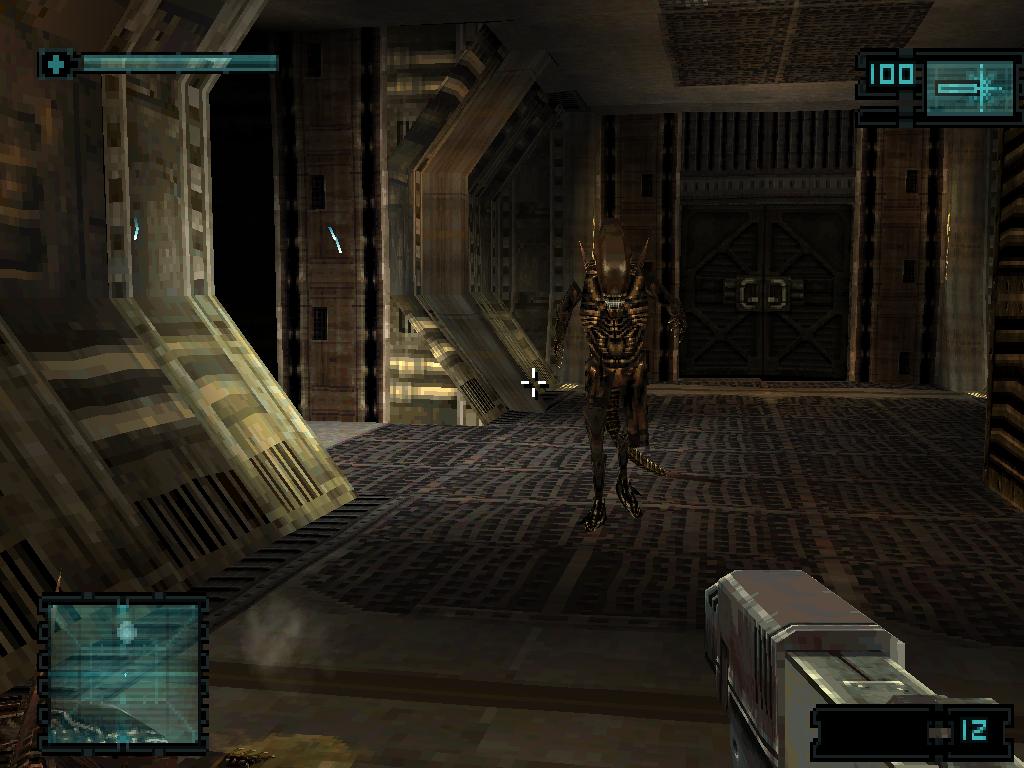 If there’s one FPS on the PS1 that’s capable of providing you with a challenge while simultaneously keeping you on the edge of your seat, it’s “Alien Resurrection”.  Aside from it’s incredibly creepy atmosphere and dark visuals, this game helped to usher in the concept of the survival-horror-themed shooter, and it did this extremely well.  Players found themselves with very little ammo in the face of seemingly impossible odds as they were assaulted (mostly in dark hallways) by vicious Xenomorphs.  This is definitely one of the best shooters available on the PS1, no question. 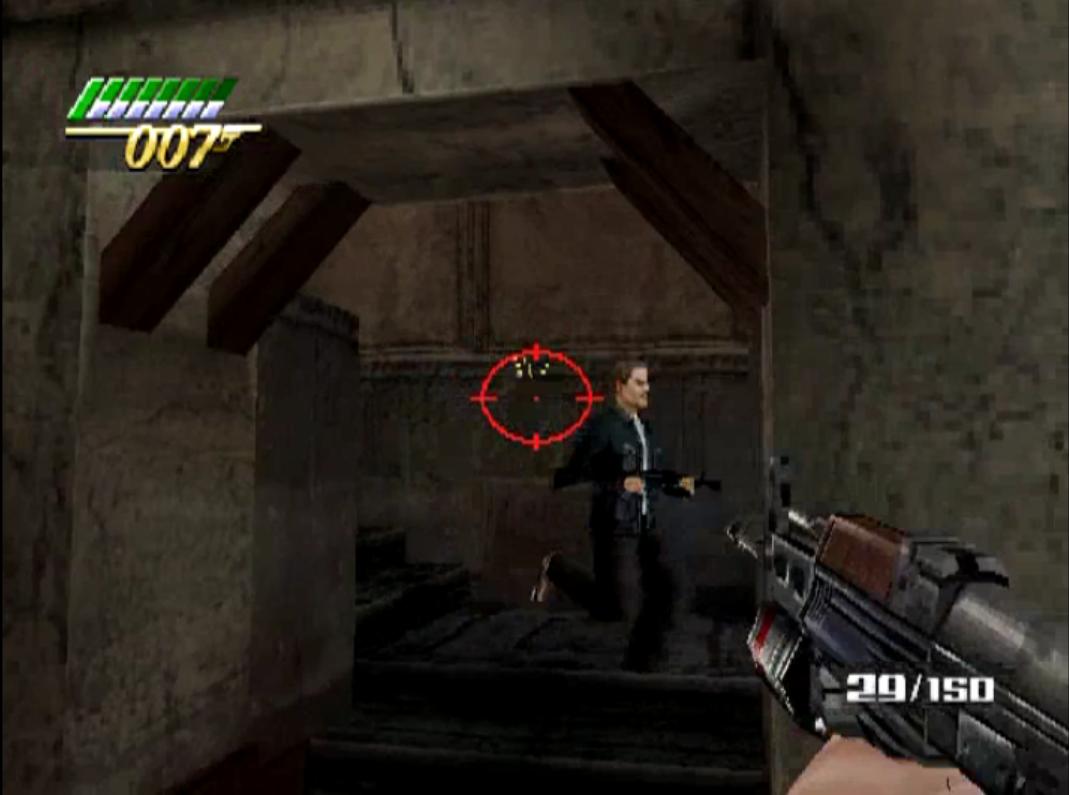 Lastly, we have “007: The World is not Enough” which is wholly different from its N64 counterpart.  Some people perceived this game to be a very Goldeneye-esque shooter that brings the same sort of desirable objective-based gameplay to the PS1.  At any rate, it’s 007-themed fun in the familiar context of a FPS game, which is always good.

How To Bet On Sports Safely In The United States?

The video game industry and its platforms have evolved alongside technological developments. There are a variety of devices, including smartphones and computers, on which...
Read more
Best Games

Until Dawn is one of the most compelling horror experiences of the last few years. The PS4 exclusive is a loving homage to slasher...
Read more
Editor's Picks

Download Superheroes Mods for Minecraft Bedrock 1.20.0 and 1.20 for Android