isn’t just a landmark game, it is the culmination of all sorts of incremental additions and refinements instituted by the series’ developer(s). In fact, many might not realize that GTA is indeed a massive billion+ dollar franchise in its own right, not just challenging other video game companies, but entire fields of entertainment (including the entire movie industry). In light of this, and given that everyone is currently mad with creating video content to share on the internet featuring gameplay from the title, we have pieced together this list of the top 12 things to do in GTA V. Enjoy… 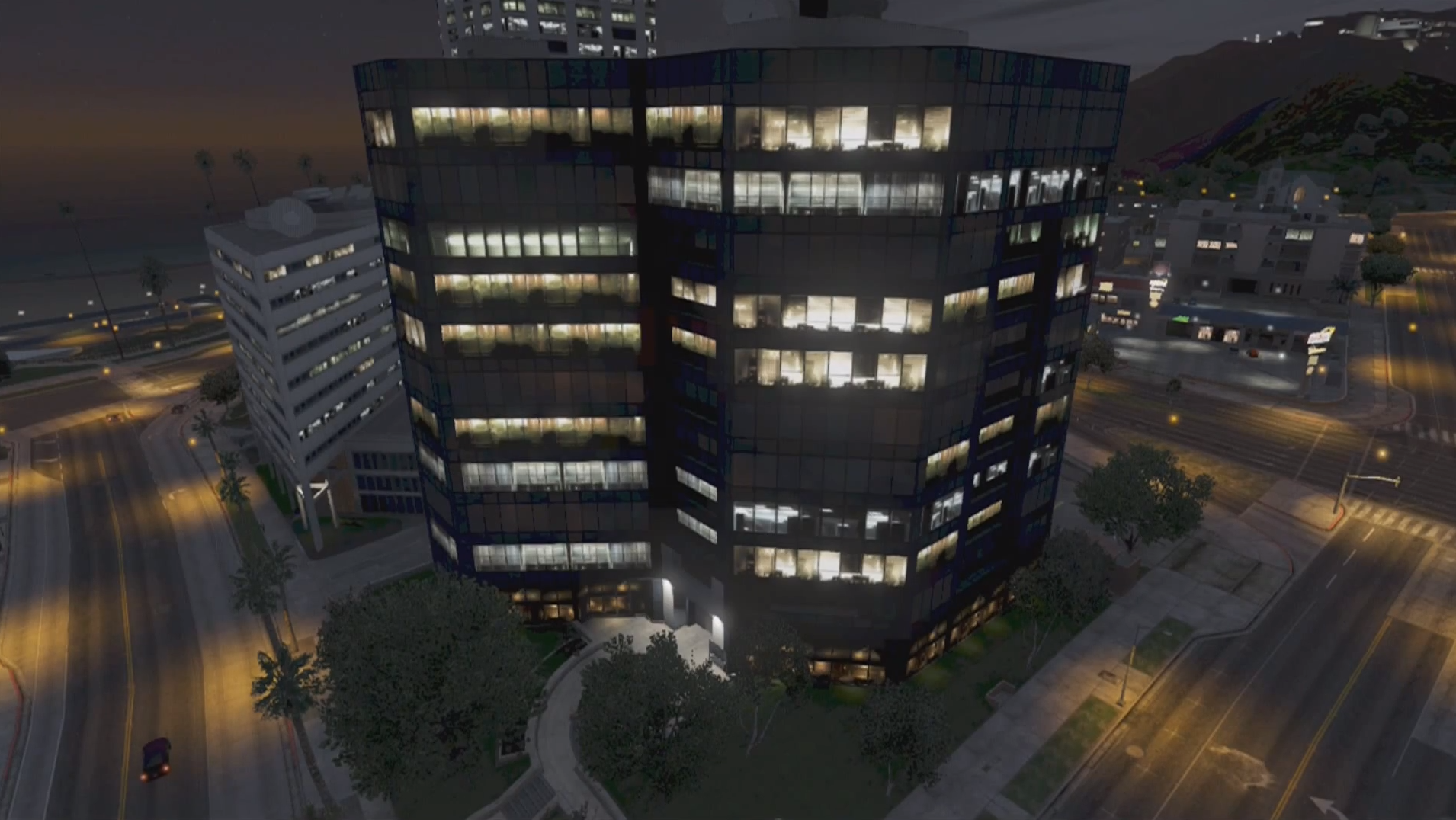 For the thinking gamer who likes to roll around in large amounts of dough without having to steal it the old fashioned way, there is real estate deals to be done as well as stock trading. In reality, there are lots of possibilities here, it just depends on how you want to approach things. For most people, stocks trading is going to be a hit or miss affair, lending to the fact that many might not understand exactly how things work. For the more astute, it is a definite opportunity. Regardless, there are tons of different properties which you can indeed buy, located all over Los Santos, so try to get ‘em all.

Play some golf, tennis or darts 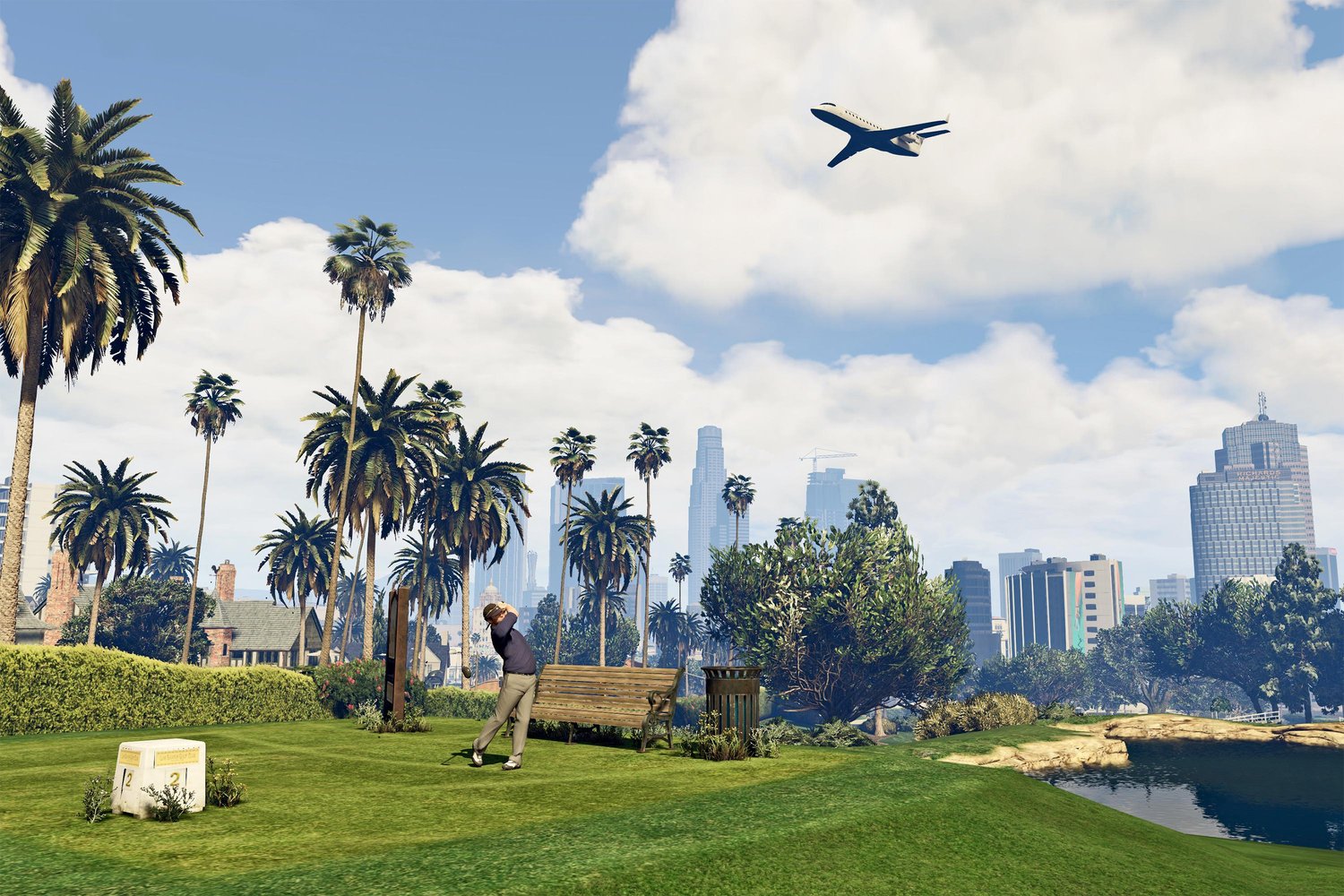 The inclusion of various fully-developed mini-games in GTA V is certainly a stroke of genius. Keep in mind here, these aren’t just weak little diversions that deliver little in the way of entertainment value, they could function as standalone games in their own right, especially the golfing. Also, tennis is loads of fun, especially if you enjoyed such games from the past. 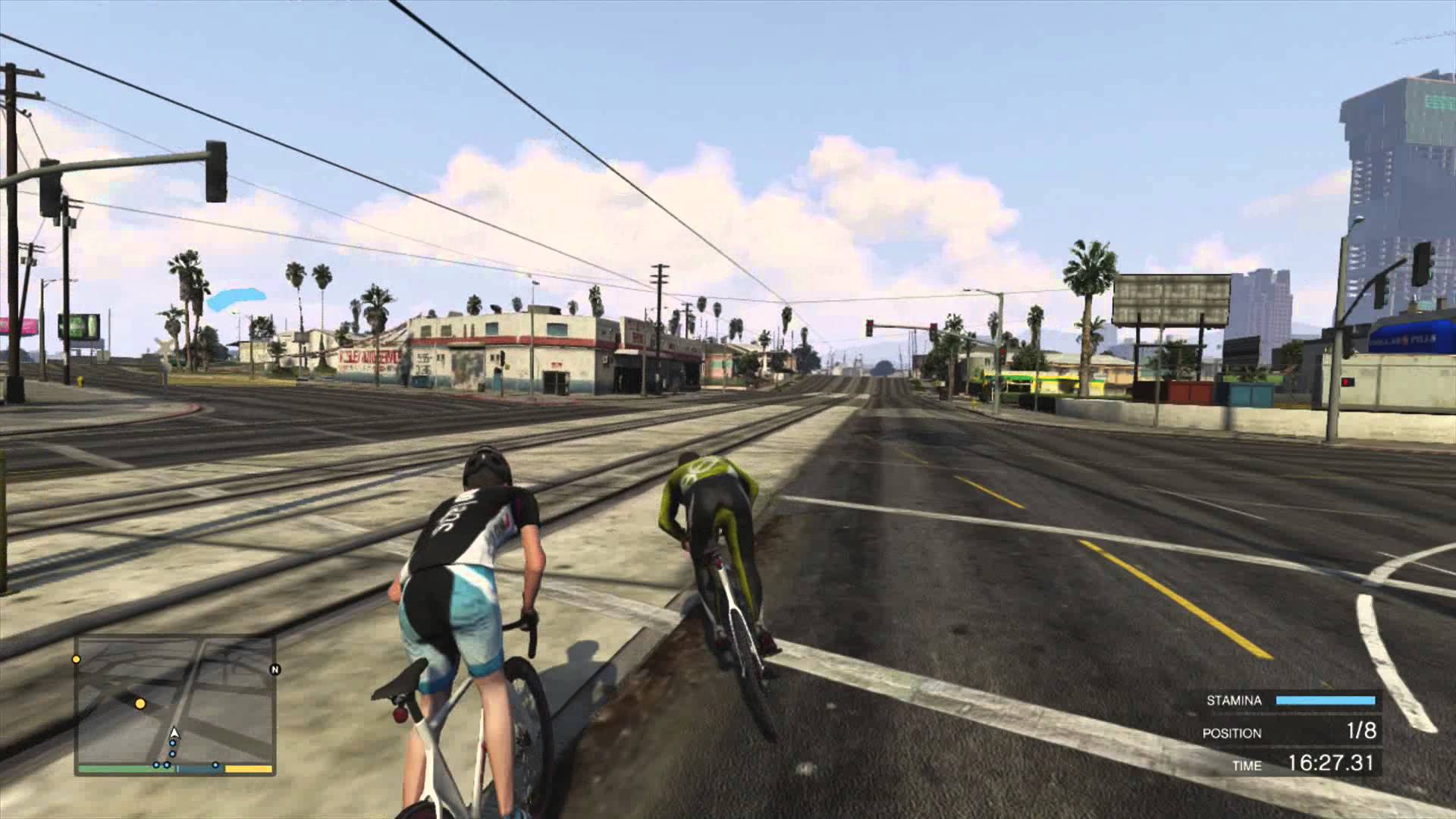 …Speaking of sports, did you know that you can also participate in a bona-fide triathlon? This means you will swim, ride your bike and run through a course competing with many others. Naturally, it is a lot of fun in 3rd person mode, but in First-person it really shines. For a challenge, see if you can medal in all three separate events positioned around the map.

Parachute off of everything… 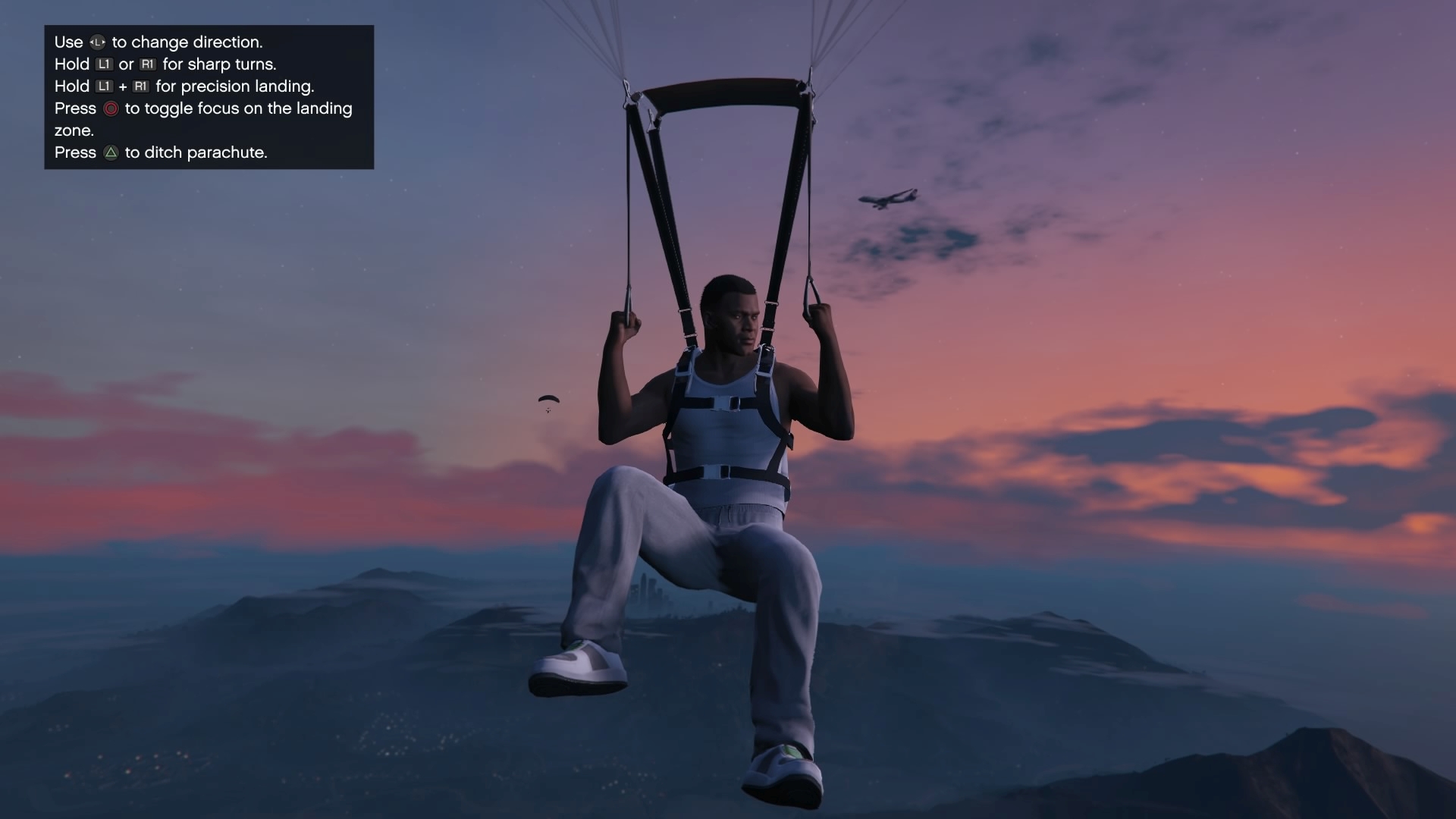 By now you’ve no doubt flown a plane and jumped out, skydiving as it were, but what about base jumping and other options, eh? Parachuting really shines in first person, to be honest, where you can ride off a cliff on a motorcycle and try to skim along the edge of cliffs like a maniac. 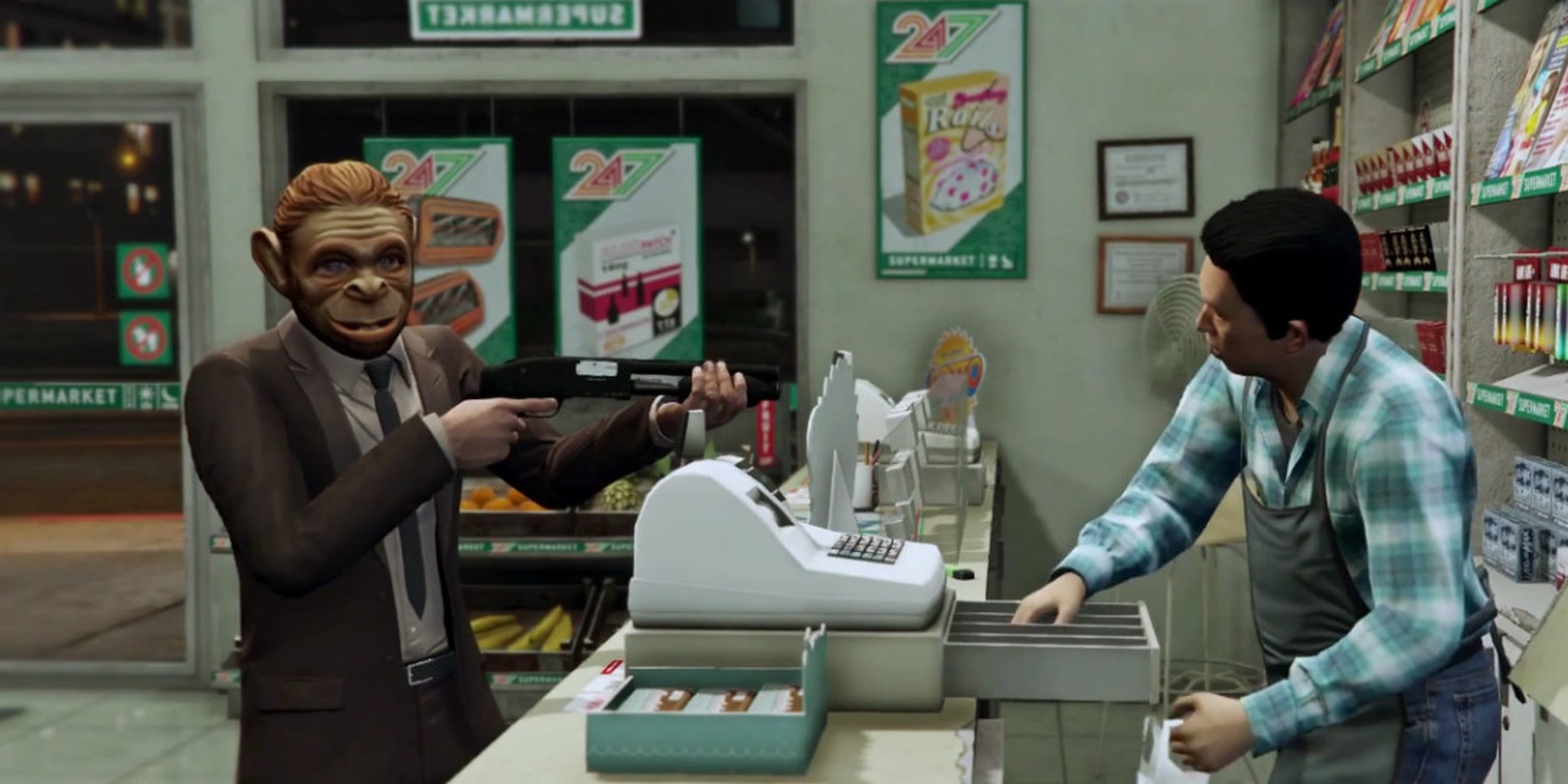 This is a simple one, but necessary never the less. Not only do you get to top-up your bank balance, but you also have the task of quickly finding away to avoid detection from the police. The process is easy and here’s how you go about it: simply enter a store, pull your gun out, begin firing to speed the cashier up (not at him), and then run.

Check out what’s playing at the movies 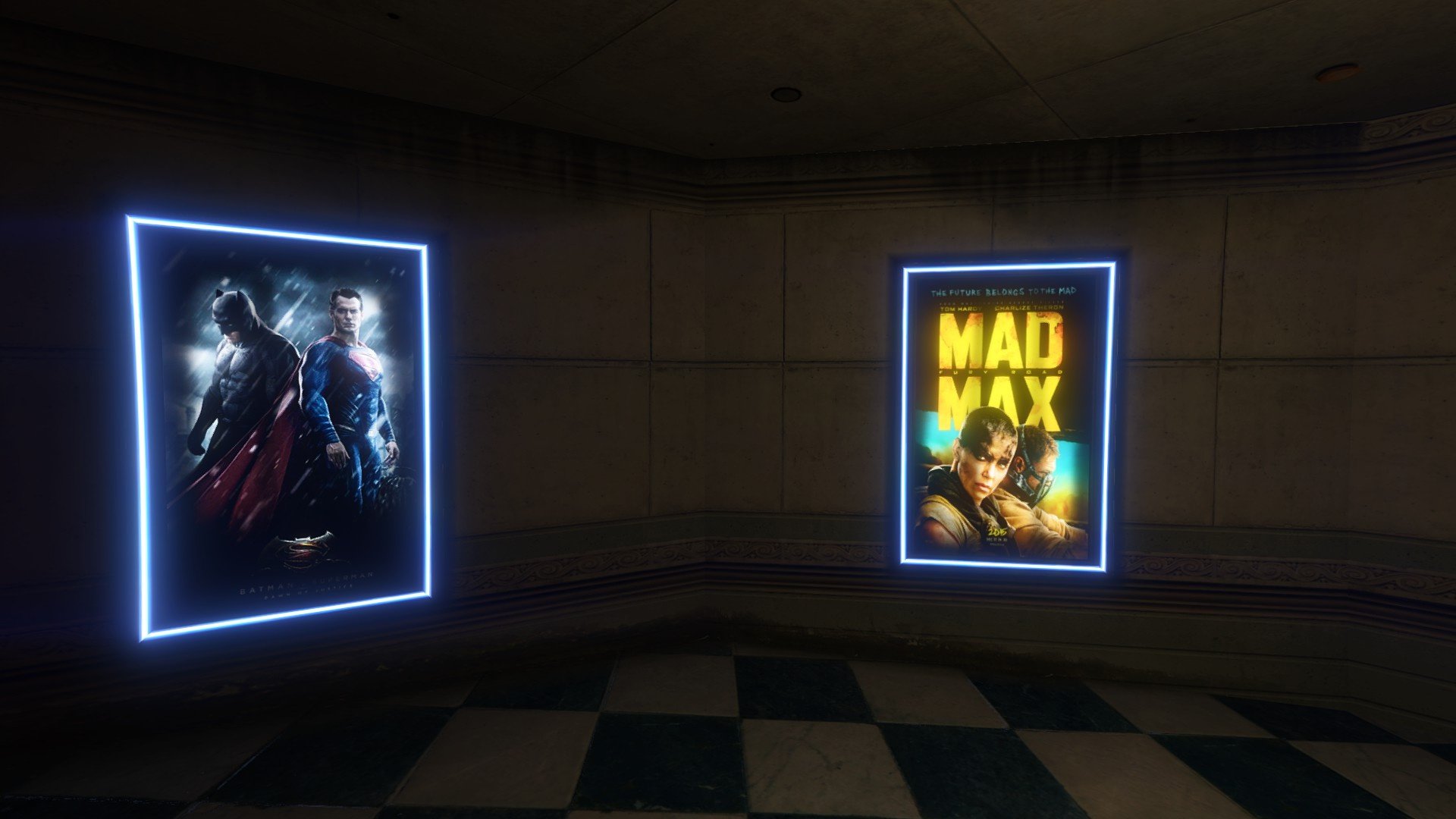 Many are often so busy committing crimes or wreaking havoc in GTA V that they don’t even explore some of the more conventional activities in the game. For example, you can actually visit various theaters around Los Santos and treat yourself to a “quality” film. Naturally, these are all tongue-in-cheek vids pieced together by Rockstar, often to hilarious effect.

Master the use of the Jet 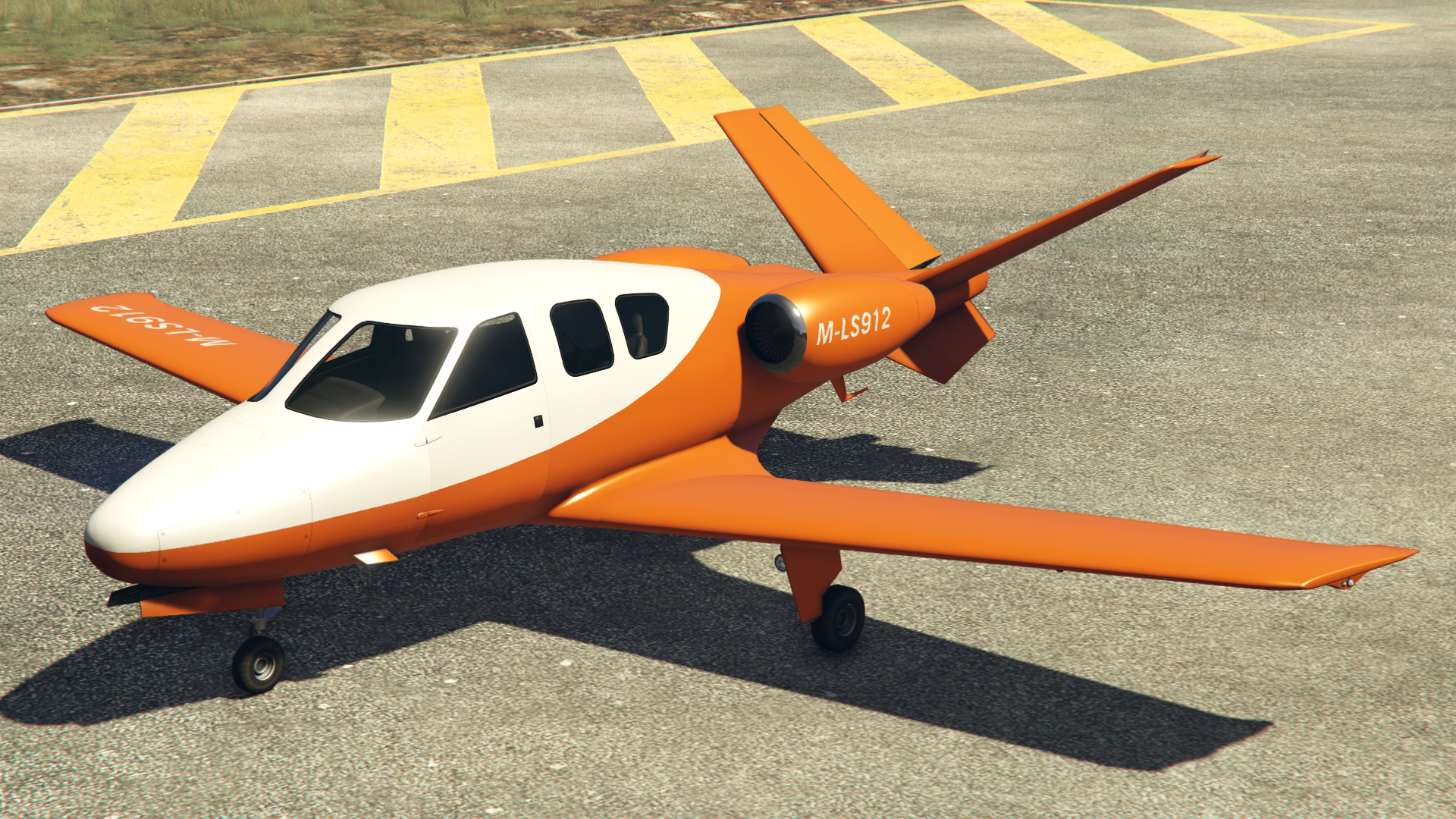 Getting to the point where you can grab the jet is definitely a turning point, thus allowing you to dominate the skies with a true machine designed for war. However, many simply don’t take the time to really learn how to pilot a craft, exploring all the possibilities that it offers and the like. Similarly, using a jet in GTA online is amazing, especially if you and your friends work out a game in advance with it. 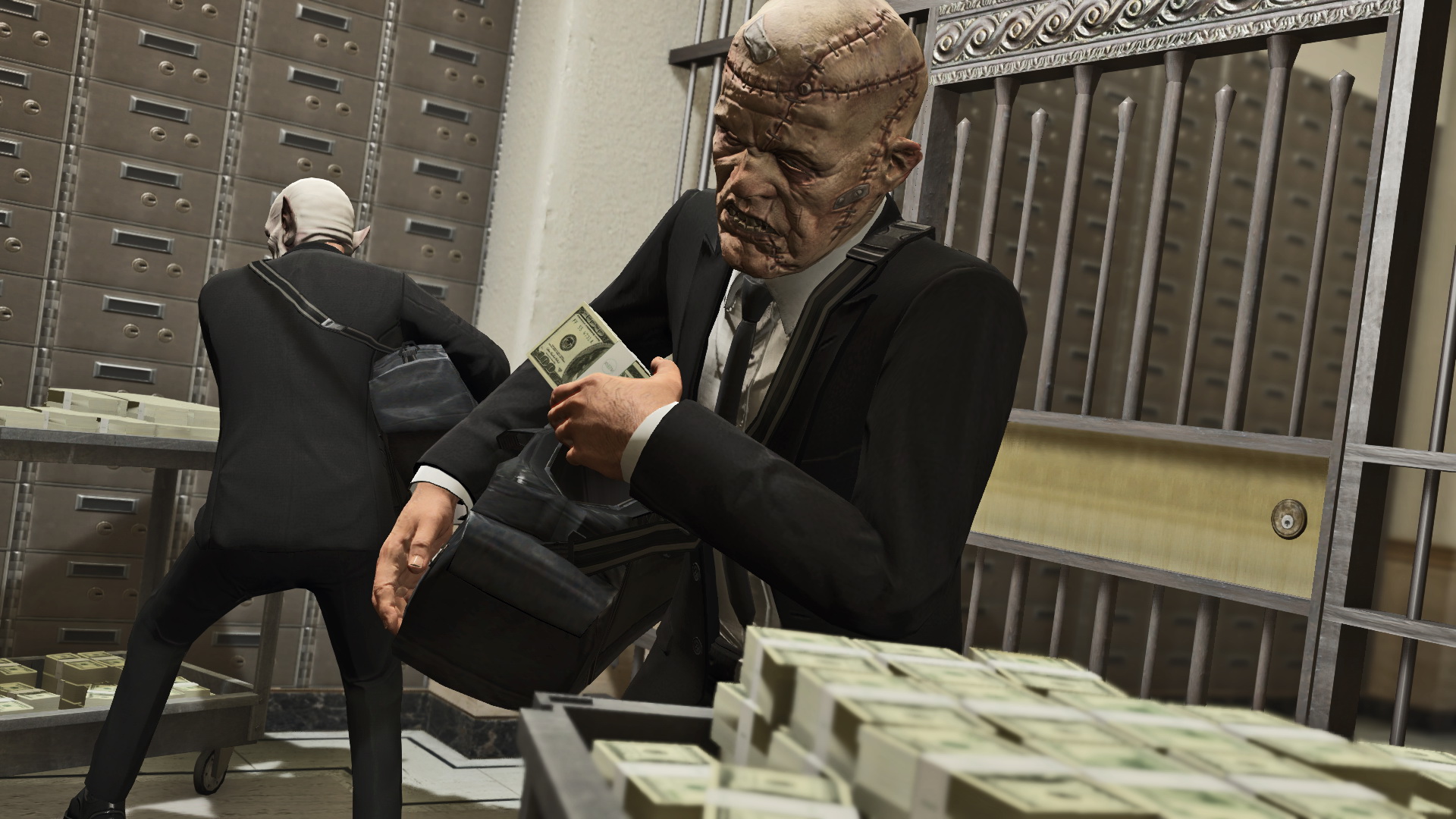 The addition of more complex heists in GTA V certainly hearkens to various big Hollywood movies out there. Piecing together a job is a thing of beauty in this game, especially if you take the time to complete them all, including those involving taller buildings. 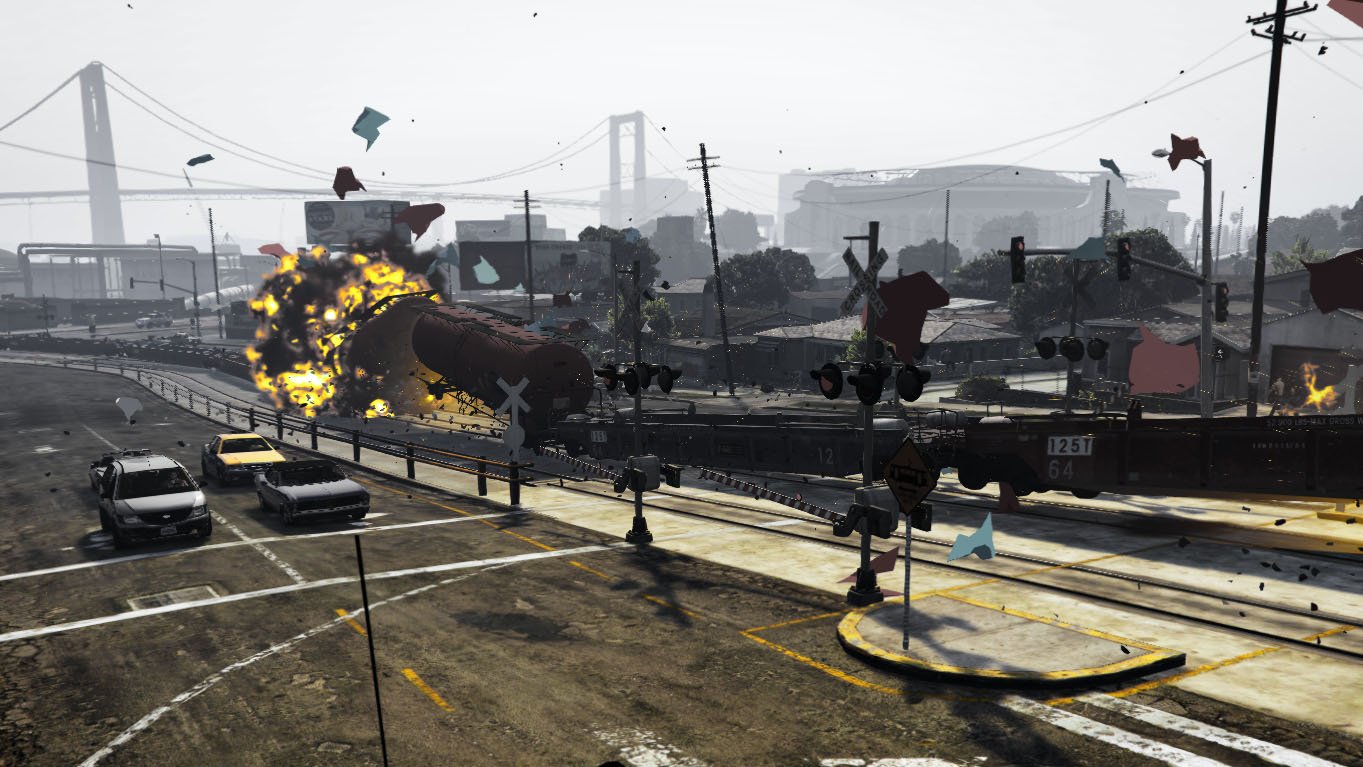 They call particularly bad occurrences “train wrecks” for a reason, and in GTA V you can recreate them literally in a number of different ways. Parking a vehicle in the path of an oncoming locomotive will really create some major destruction, which can be used in various other ways by creative types. 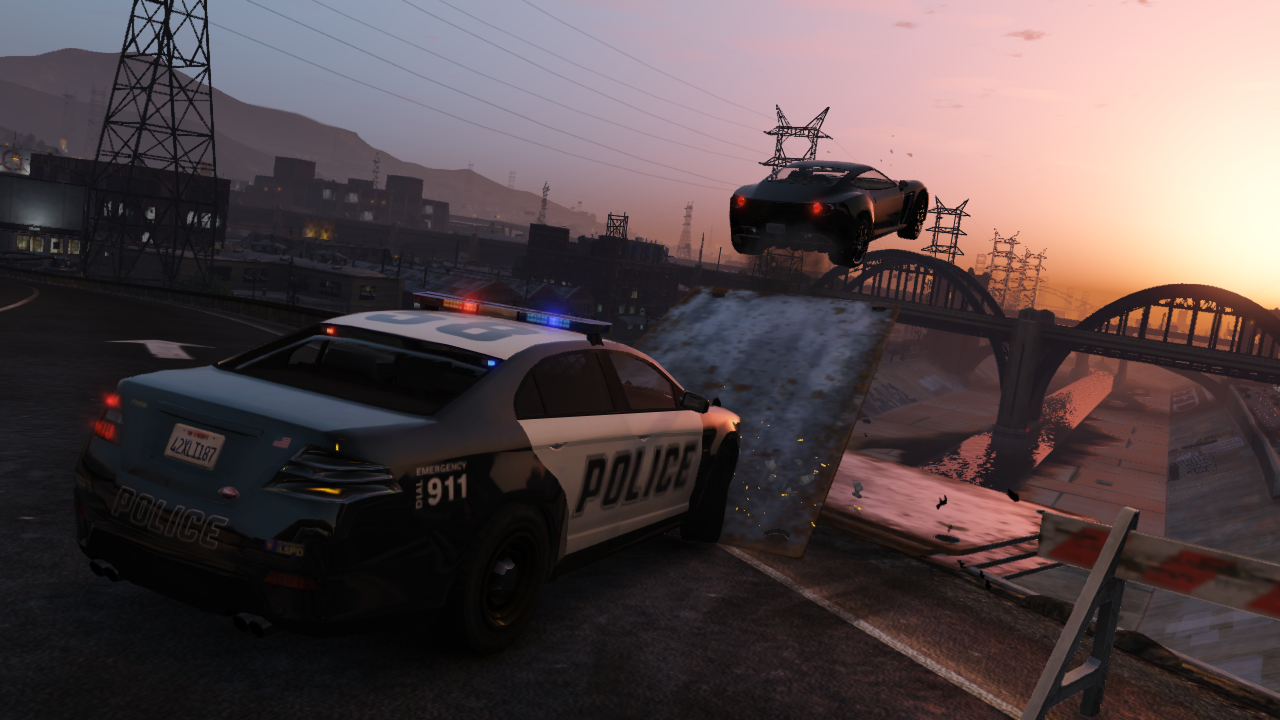 Police chases are certainly nothing new to the GTA series, in fact, it is perhaps the biggest staple attached to it. However, many don’t seem to take this principle far enough with the game. For instance, if you prearrange things in advance you can pull of some pretty epic destruction. Glancing back upward to the entry located above this one involving train wrecks, there are other possibilties… For instance, if you time things right, you can provide yourself with a narrow means of escape or set up elaborate traps to rain down hell upon your pursuers. 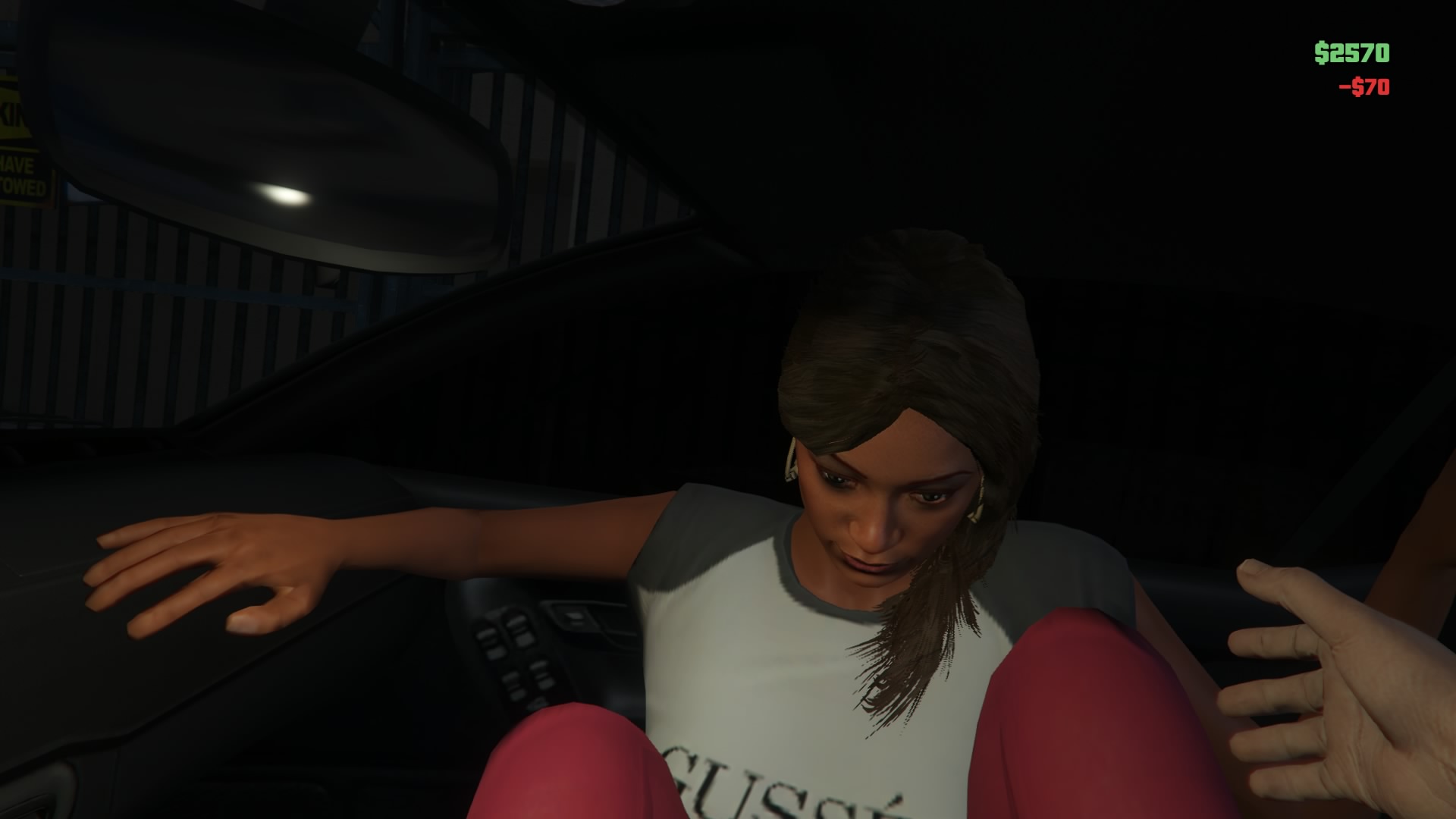 Before the transition was made from 3rd to first person, picking up prostitutes in-game was a mostly harmless affair. You’d see the implication that some sexual activity was taking place, but not obvious gyrations of the deed in question (which is what first person affords). Obviously, this sort of digital entertainment is reserved for those horn-dogs who just can’t get enough. 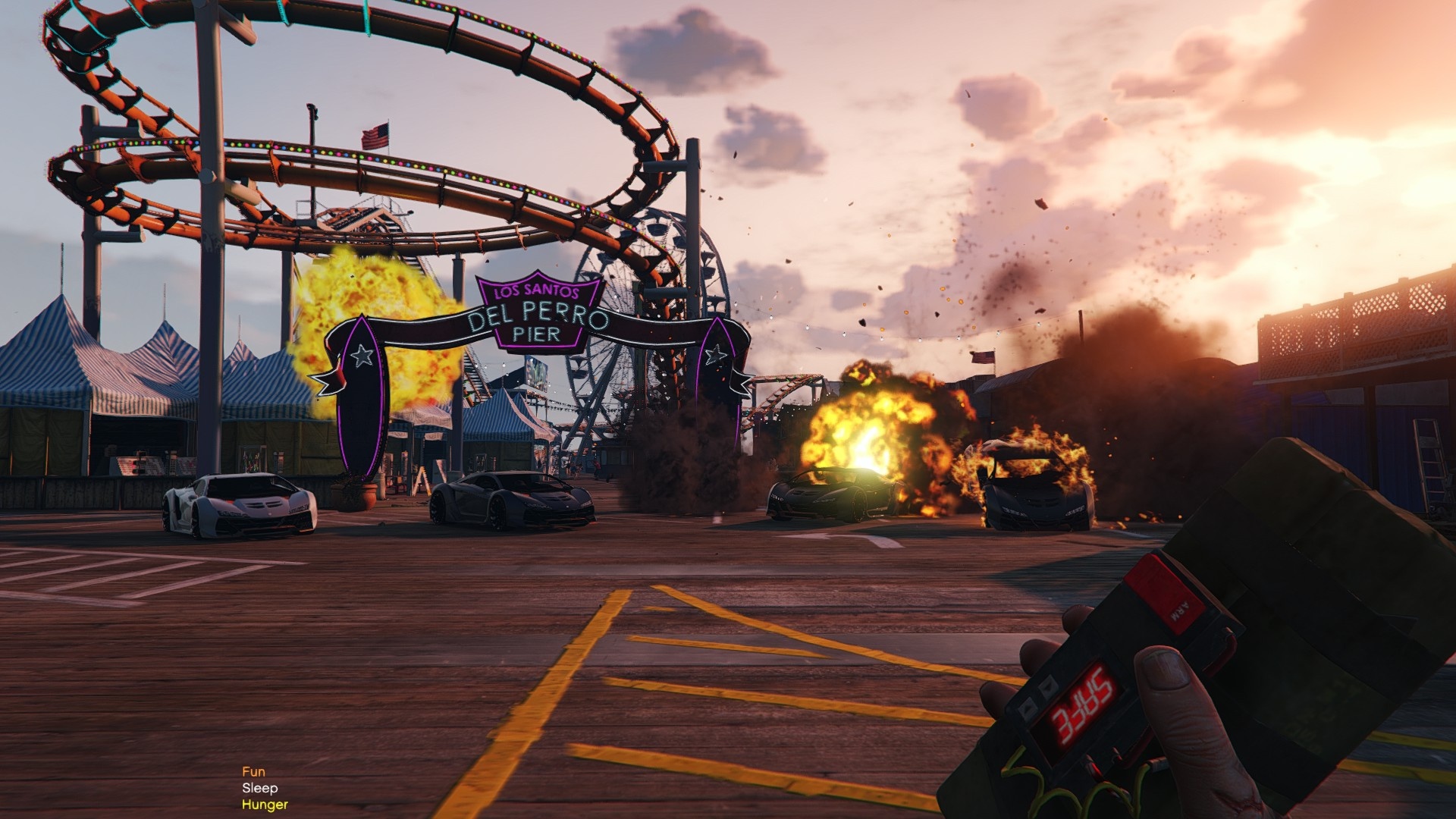 Arguably, the best weapons in the game are the sticky bombs. Simply put, you can do all sorts of things with them like setting up diversions, instigating mass havoc, etc. The possibilities are seemingly endless; all you really need to do is use your imagination. If you really lack inspiration with regards to how to use them, just pop on over to Youtube and perform a standard search. There are tens of thousands of videos which demonstrate all sorts of possibilities. 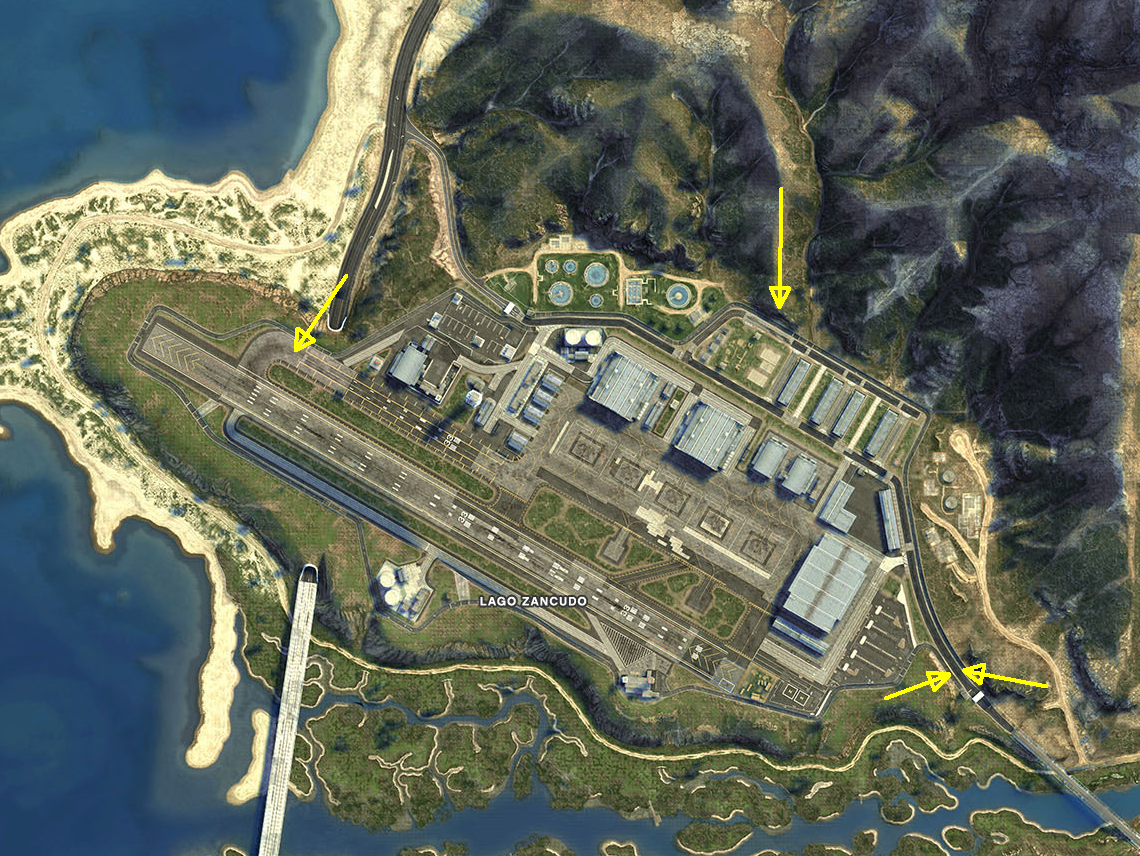 This is the army base where you’ll find plenty of military-grade vehicles. These include tanks, fighter jets and helicopters. Beware, however, as once you’re in, you’ll have serious firepower waiting to destroy you – so, be fast and be heavily armoured. See the above image which shows how you can enter the Fort.

Do peyote, become an animal….seriously. 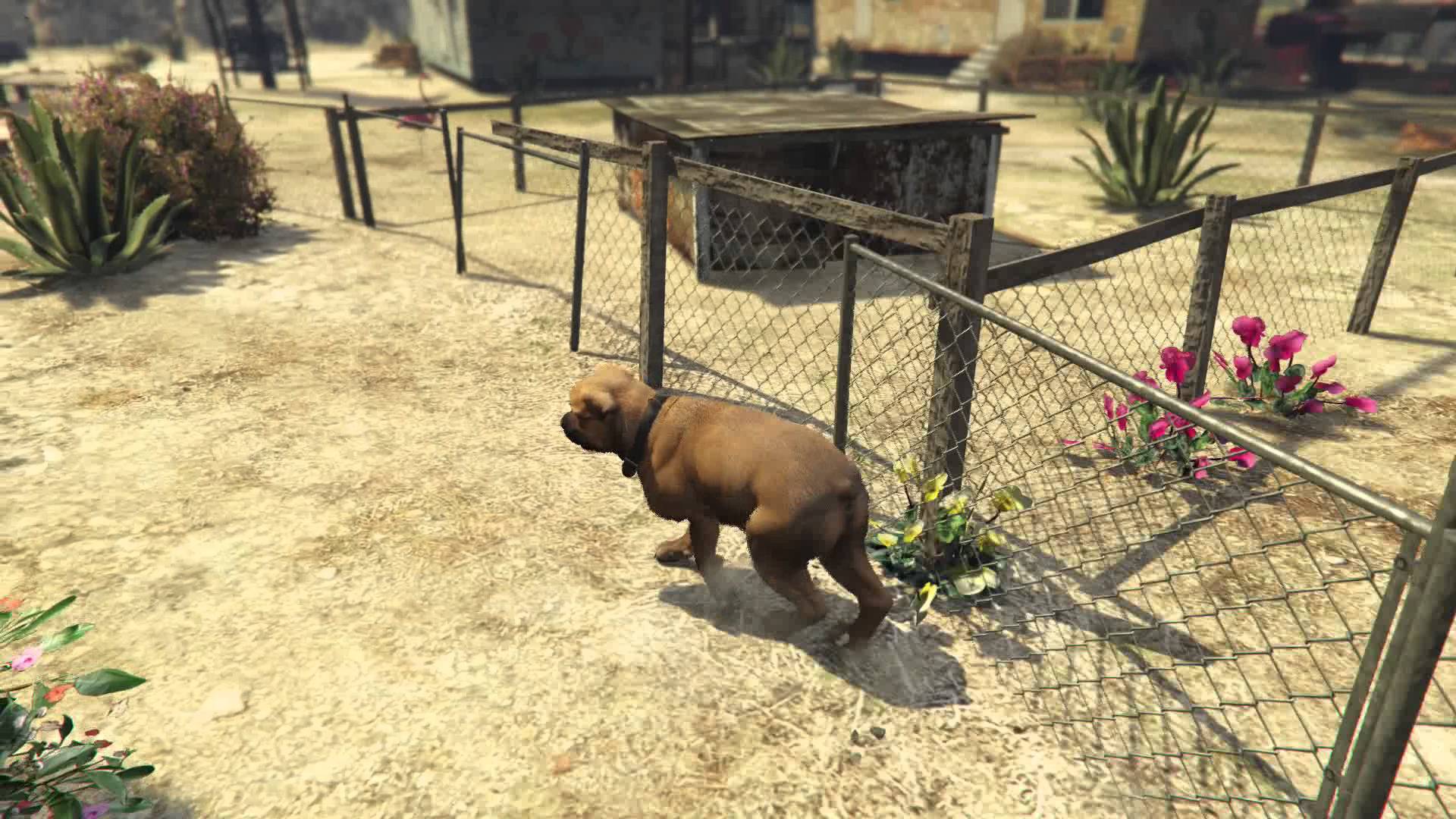 This is perhaps the weirdest addition that’s been made to the game thus far… If you find the location of a peyote plant you can actually take the drug and experience its effects in a very unique way. Instead of just blurring the screen for a bit or making it seem like some hallucinations are taking place, you get that plus the ability to turn into a random animal. Enough said. 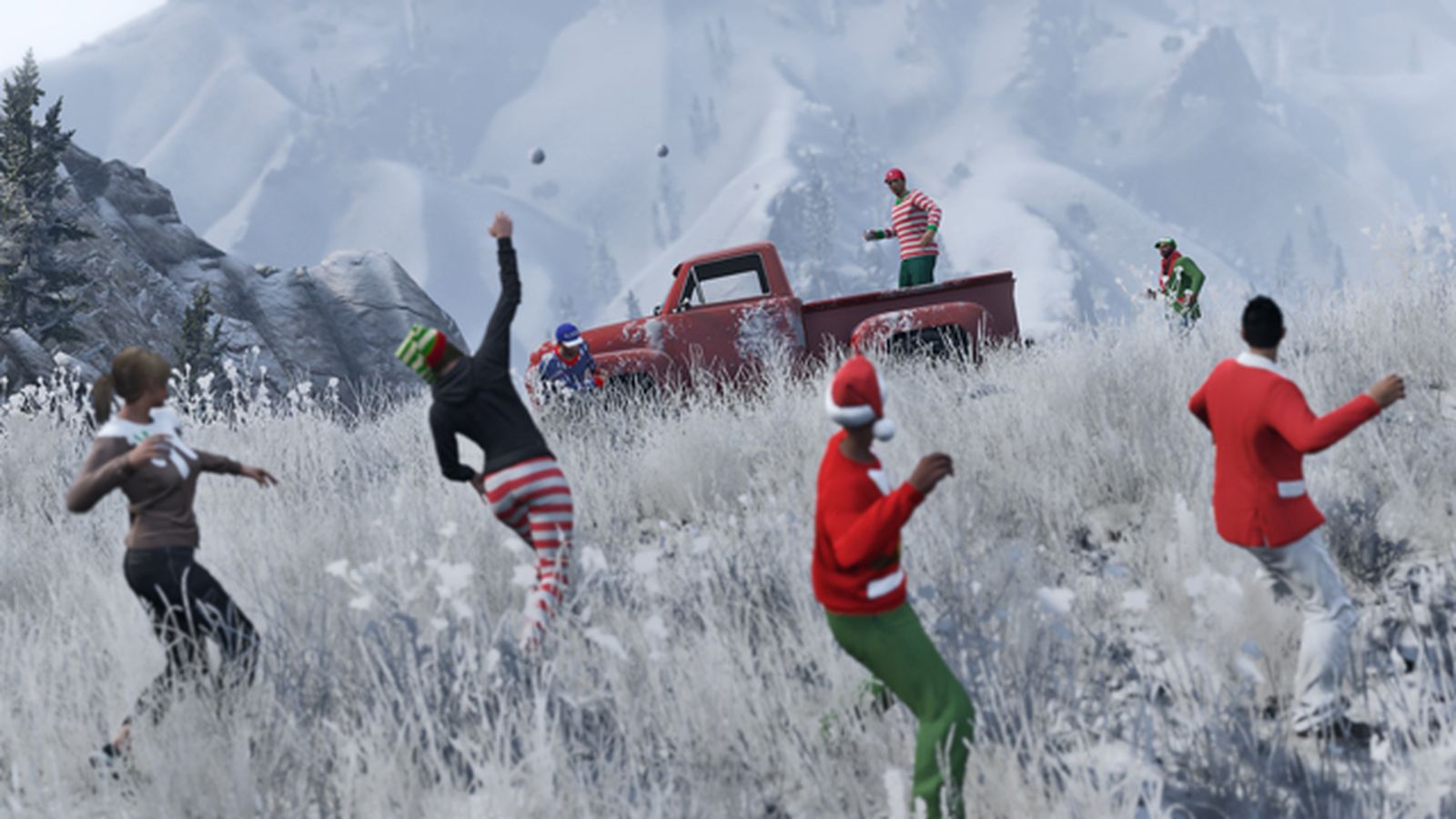 The world of GTA V becomes a whole lot more festive when it comes to Christmas. The snow begins to fall, the landscape turns white, and the atmosphere begins to remind you that Christmas is incoming quickly. With many new activities to enjoy, such as snow ball fights, owning the Christmas DLC is enjoyable in more ways than one. You even get to dress your character as an Elf or Santa – how cool is that

These were some of our recommendations, but with so many things to do, we are sure to have missed some. If you enjoyed this article then you should also check out The Best Characters To Appear in GTA Games, which is a great read. With that said, be sure to leave your feedback below in the comment section.