Say what you will about DMA design / Rockstar North’s crazy car-jack and criminally oriented series of open world sandbox games, but two things are apparent – they are engrossing and highly entertaining. Apart from the fact that with each new release they seem to completely revolutionize video game design and fan expectations, the Grand Theft Auto crew has also given birth to a very creative and strange assortment of characters down throughout the ages. We’re talking about figures here which tend to be extremely zany, wild or even direct parodies of well-known figures and celebrities. In celebration of this, we’ve slapped together a list of some of the “best” or most interesting characters to appear in GTA games (circa 1997 – 2015)…

Well, here you have it…Travis is more or less the default character of the original game that started it all. What many might not realize is that he is somewhat loosely based on the Taxi Driver movie character “Travis Bickle”. Clearly there are some obvious disenfranchised undertones which are expressed here that have continued to echo throughout the series as a whole. 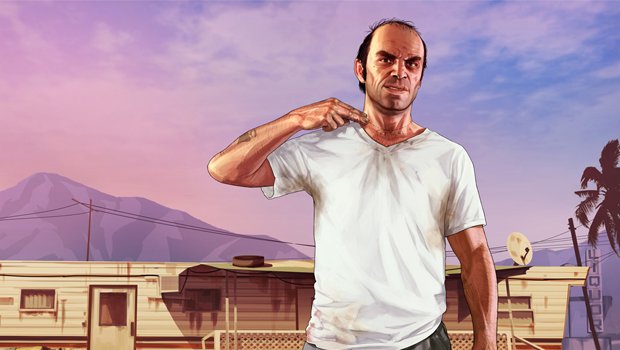 Certainly most all GTA fans absolutely love GTA V, including each playable protagonist featured in the game, but it is perhaps Trevor which everyone consistently finds to be the most interesting or entertaining. Yes, this meth-pushing, on the verge of complete insanity and a nervous breakdown redneck is definitely a loose cannon, but he also has a more sensitive side that rears its head on occasion. Moreover, despite his propensity for violent outbursts, also seems to hold himself and others to a strict code of personal ethics, which is intriguing to say the least. 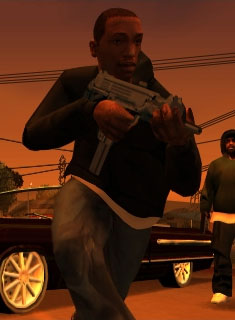 Carl Johnson, otherwise known as C.J. is the protagonist of GTA: San Andreas who kind of turned the series around to demonstrate that an anti-hero could indeed have good intentions (and yet still be a criminal). Apparently forced to become the man of the house in the face of a deadbeat dad and a deceased mother, he seems to be a tragic figure that’s pushed to extremes from multiple sides, sometimes through no fault of his own. 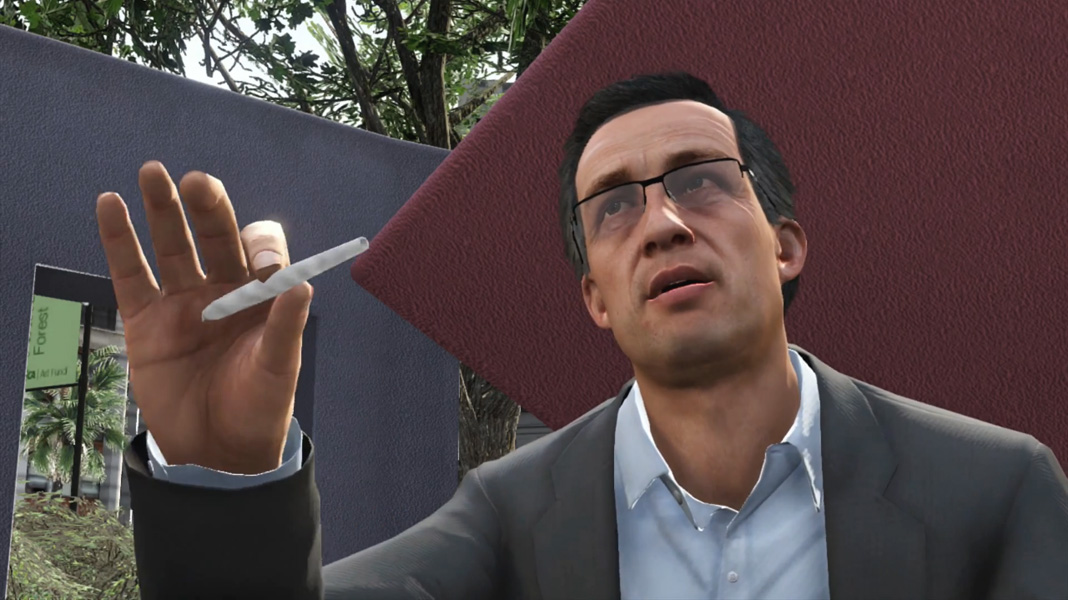 Quite possibly an allusion to “Duane Barry”, a character from the hit show “The X Files” (who speaks of alien abduction), Barry is a stranger / freak character in GTA V who constantly advocates the legalization of marijuana. While this wouldn’t necessarily be altogether too strange in and of itself, what makes it bizarre is that whenever you encounter Barry he is usually accompanied by all sorts of intense hallucinations simulating attacks from Xenomorph-style entities. Moreover, he’s just really weird and funny, adding great entertainment value to any campaign. Just like his (perhaps) X Files counterpart, this Barry is also always talking about government conspiracies too. With many things to do in GTA V, Barry features around some of the more bizarre. Considering the very real UFO’s found in the game world, perhaps he’s onto something? 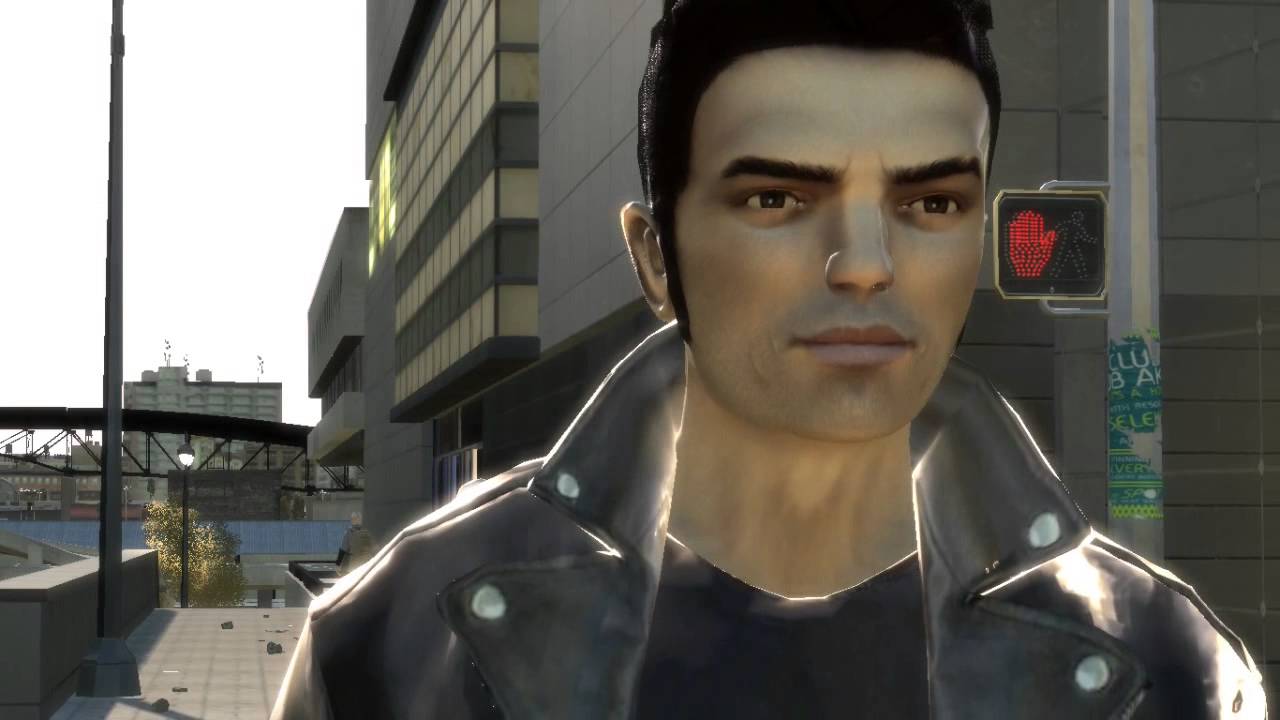 The protagonist from GTA 2, Claude Speed is an obvious criminal with a dulled sense of morality who’s bent on domination at any cost. What’s interesting about this particular character of course is that he is also proposed to be the impetus for “Claude” from GTA III as well, although no direct verbal implication has apparently been made confirming this fact. 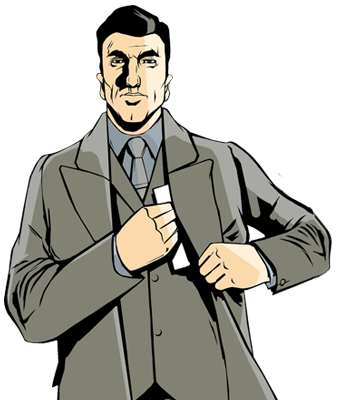 You want to talk about interesting and creepy characters; they don’t get any weirder than Donald Love, who is featured throughout the GTA series. Basically, he’s an insider gangster type who functions in roles such as gang war initiator or even a legitimate businessman. Assassinations, deals and all sorts of troubles follow him wherever he goes, leading to him becoming the head of a media conglomerate. Even more disturbing are the clear implications that Donald and friends frequently throw “morgue parties” and even engage in cannibalism. 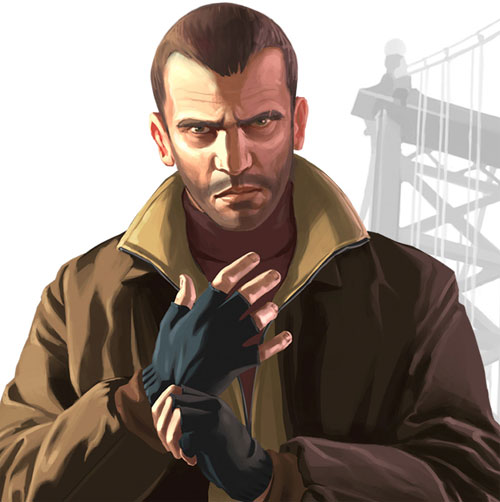 Essentially, Niko Bellic is the eastern European “everyman” that comes to Liberty City looking for “something”, or perhaps a better life. All in all he is a likable fellow who quickly finds himself embroiled in criminal activities, often because of the foibles of his accomplices and compatriots. Whereas a lot of GTA protagonists have varying attitudes, often involving knee-jerk reactions to violence and complete disregard, Bellic seems to be more measured, even preferring to use reason and manners in lieu of wild abandon. However, he also isn’t afraid to go completely crazy at times with little or no afterthought, which is what makes him such a dangerous foe, apparently. 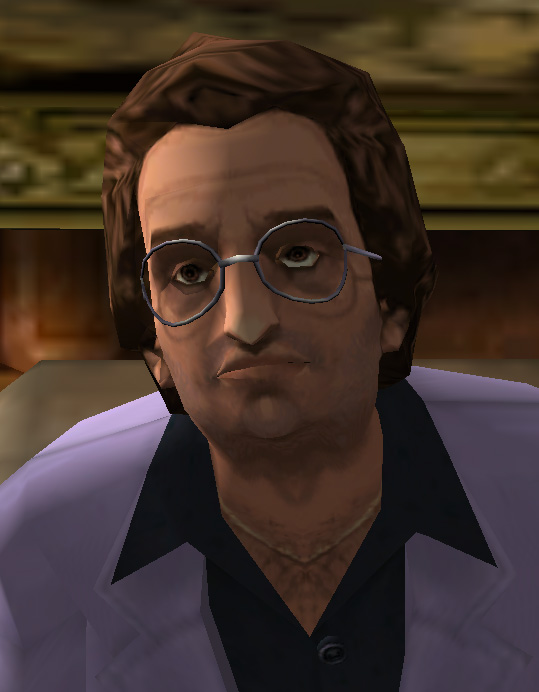 For the most part, Ken Rosenberg is a white collar criminal type who sticks to various schemes and scams but eventually becomes embroiled in various murder plots and other terrible deeds. He is featured throughout the GTA series and often appears in key moments to deliver some critical info or contact to various protagonists.

These were our favorites, let us know which characters you liked the most in the comment section further down this page.