The Gamer’s Guide To Building The Ultimate Man Cave

A “man cave” is, in essence, a place where someone can go and escape from the world. It’s a room filled with all kinds of entertainment technology. It doesn’t matter whether it’s your dream to convert a bedroom into a man cave, or a spare room – either way, you’ll be impressed with the results. Some guys even have a bar where they can serve drinks for both themselves and their buddies!

In a busy household, it’s important for people to have their own little bubble in the world. For a grown-up adult male, that place has to be, without a shadow of a doubt, a man cave! If you’re thinking of creating a man cave in your home, what should you have in it? Here are a few examples to help you get started. 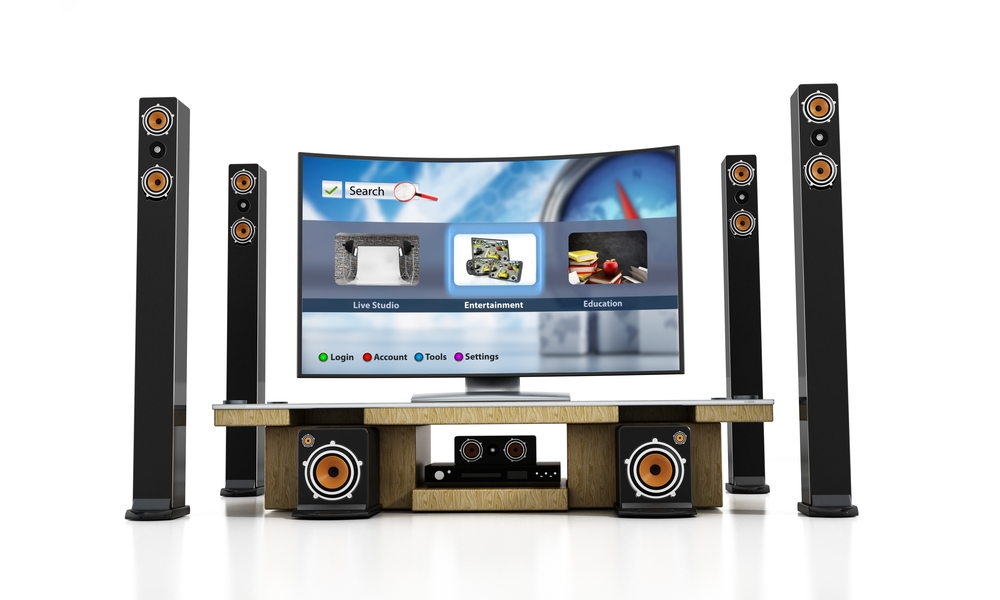 An essential item for any man cave is to have a big TV! Thanks to modern technology, it’s possible to mount the TV on the wall. That gives you extra space in your man cave for all the other items you might want in there.

As you will doubtless spend a lot of time watching said TV, be sure to hook it up to a satellite or cable TV system. A Blu-ray player is also useful so that you can watch Blu-ray and DVD movies with your buddies. And, don’t forget that you will also need a surround sound speaker system too!

Some folks also have a hi-fi system linked up to their TV entertainment system. That way, they can listen to music from a variety of analog and digital sources. Build a hi-fi that comprises of “separates” so that you can future-proof your installation. You might also consider a projector, as they allow for a scalable picture. Finally, do not forget to opt for a great surround sound system, this really sends the experience into a whole new dimension. 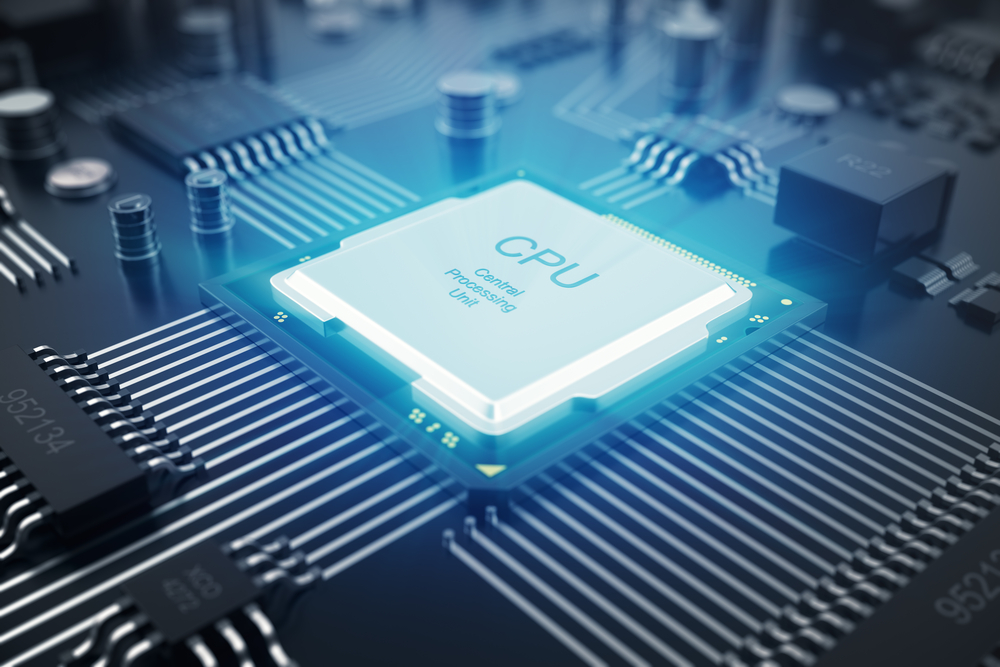 Apart from watching TV, movies and listening to music, another thing you’ll likely do is use a computer. It makes sense to have a modern yet powerful PC or Mac in your man cave.

If you intend on playing graphic-intensive games, your system needs to have a “gaming spec.” In other words, it should have a powerful CPU and a dedicated video card as standard. DELL has some of the best commercial computers available, in our opinion, combined with brilliant support packages. If your budget will stretch, check over their Alienware range. 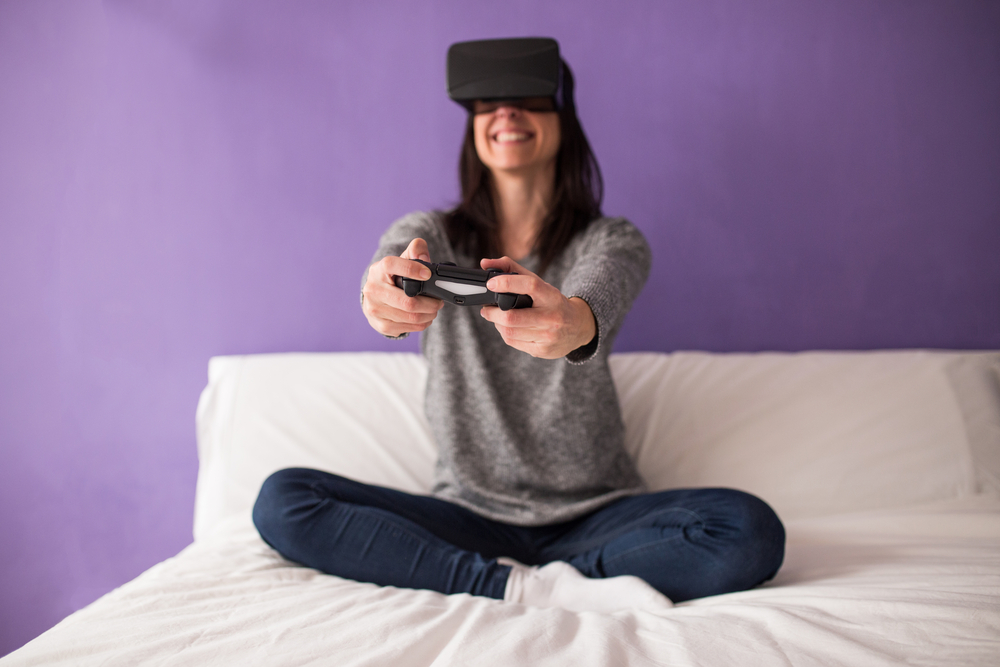 Don’t just plan to spend a few hours in this room. This room should host over-night entertainment, and that means you’ll need a bed. Of course, this depends on the amount of room space you have to play with. However, there are many beds, from blow ups to foldouts. Explore the possibilities at Bed SOS, you won’t regret it. 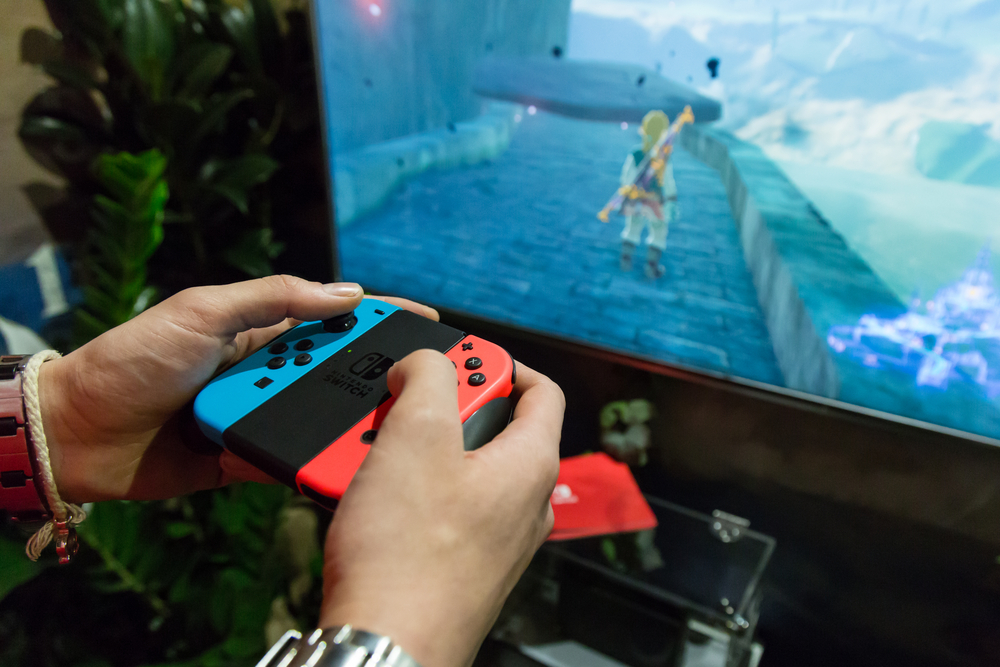 Let’s face it; there will be some games that you just can’t play on a PC or Mac computer. It’s for those reasons that you will need to have some games consoles in your man cave! The latest generation consoles include the Microsoft Xbox One, the Sony PlayStation 4 and the Nintendo Switch. It is worth remembering that the Nintedo Switch is a great console for those wishing to play together locally. Second to this, the PlayStation 4 has a huge selection of games, thus, if you are able to, opt for these consoles.

Some folks might also have an array of retro games consoles, like the NES (Nintendo Entertainment System). Or even the Sega MegaDrive. Remember those consoles? They were brilliant in their heyday and are still loved by gamers today! 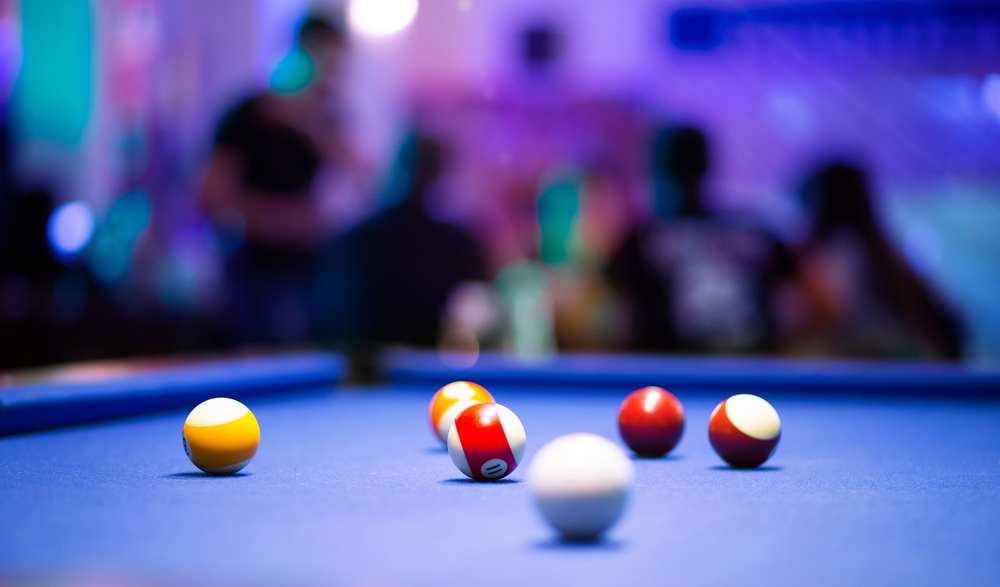 There will be times where you want to chill out with your buddies. But you might not want to play computer games like GTA V.

For those occasions, you need some conventional forms of entertainment in your man cave.

One popular example is a pool table

! Pool, as you know, is a game of skill. It makes sense to get a good quality table and have ample stock of cues and chalk. That way, you can hone your skill level. And both you and your buddies can have some fun! 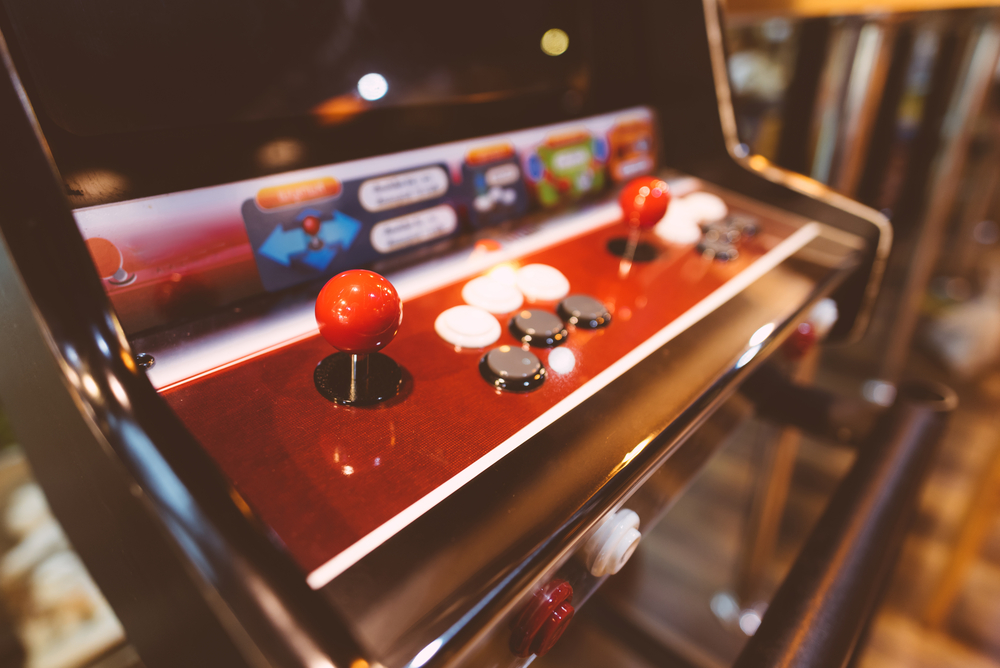 They were all of the rage back in the 1990s, and they still grab people’s attention today. Yes, the classic arcade machines are an absolute asset to own in a man cave. They allow one to pass time easily whilst delivering huge amounts of nostalgia. These arcade machines

aren’t exactly cheap, but the entertainment value is priceless. What’s more, your friends will be ultra-impressed too.  You might also wish to consider a pinball machine, these are also excellent to own.

You’ll likely want the room to be darkened, since engaging with digital entertainment is best enjoyed in such a scenario. With that said, owning a lava lamp is an amazing way to add a subtle amount of light into the room without it detracting from the entertainment. In fact, lava lamps are wonderful to look at, especially after a few beers.

As previously mentioned, getting a little tipsy isn’t illegal inside a man cave, it’s actually commonplace. Thus, pouring pints from your very own bar is one such luxury that must be included, that’s if you are a drinker. Your friends will totally love this and it will be sure to get the party going. Bottle of wine anyone? 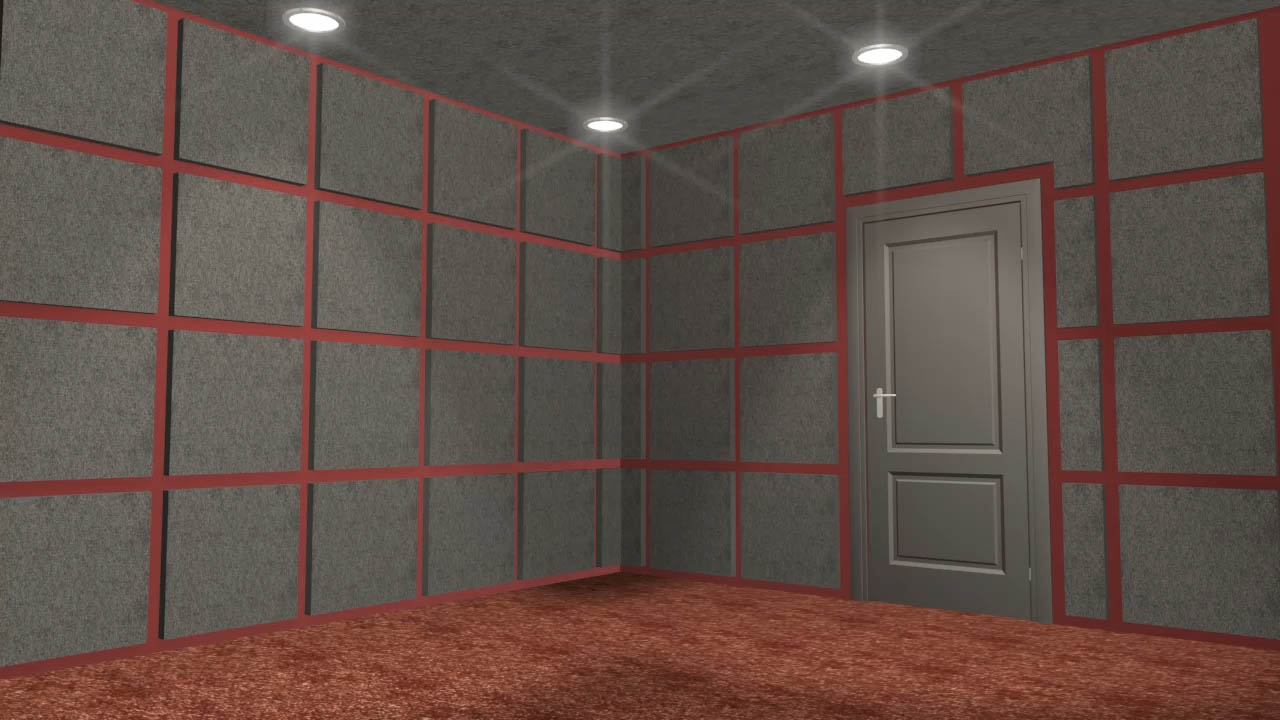 It seems fair to say that a man-cave can become somewhat noisy, and there is nothing worse than annoying fellow family members and neighbours. It is for this very reason that you should consider sound-proofing the room. Not only will this give you peace of mind, but you’ll worry less about turning the music up one notch louder. 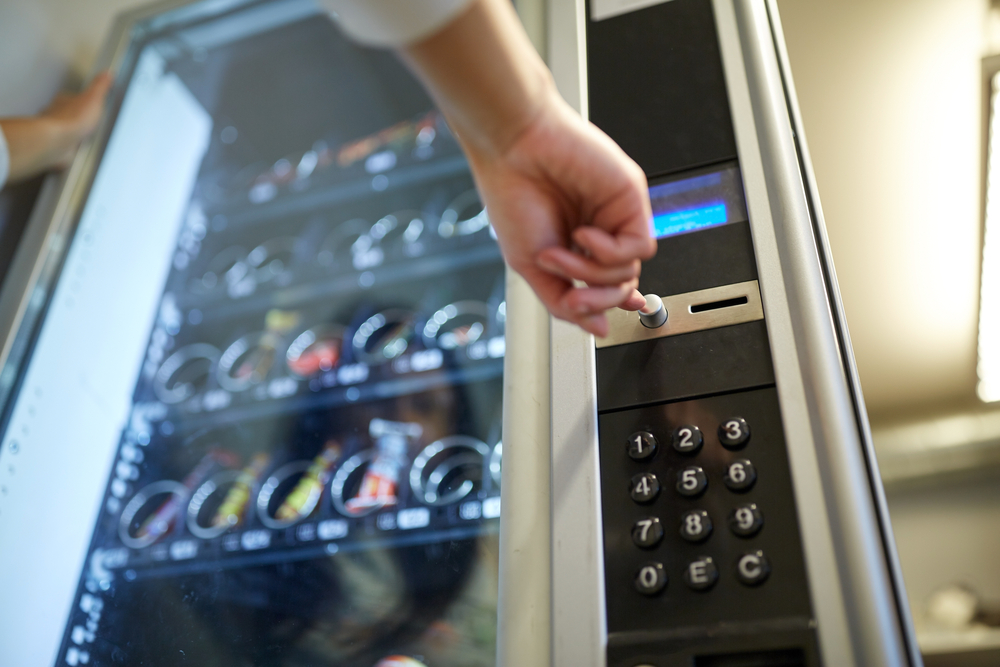 Since you’ll be spending many hours in your man cave, it’s time to consider food capabilities. One such funky idea could be to have your very own vending machine

. That is sure to make friends chuckle as you demand they place coins into it before receiving a bag of crisps. It is important to remember that you want your man cave to be whacky and different, so think outside of the box. You don’t really want to have a boring kitchen appliance in the corner if you can help it. As your hangover sets in, reaching for some snacks is likely to be a solution you opt for – after all, don’t we all? 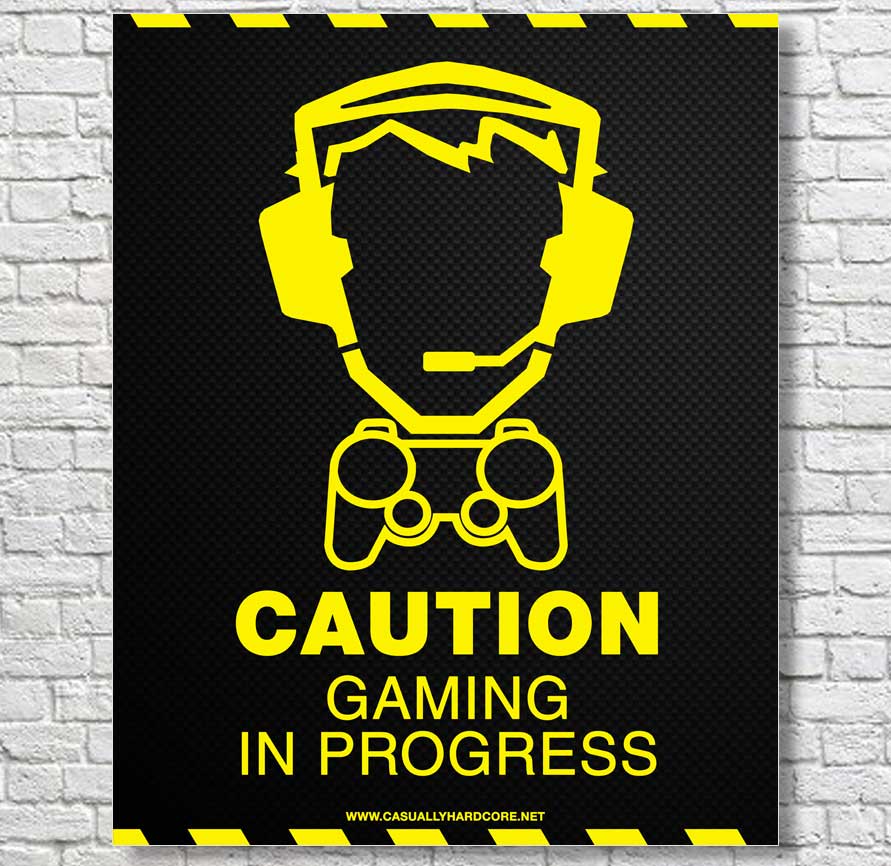 Your very own art gallery, picture it (pun intended). OK, so you probably won’t be considering that masterpieces of Picasso, but you might consider posters and art within the realms of gaming, models, cars, scenic environments. This will be sure to add real character to the room and bring it alive with the things you love most.

This article wasn’t short on supplying you with a number of great ideas on how to create your very own man cave. Ensure you get creative and throw your imagination into the development. Be sure to leave your own tips below and feel free to send in your photos, we’d love to see them.