The Biggest Game Of The Century? Grand Theft Auto V, What We Think Of It…

For a while now, there has been a date in most gamers diary; the release of Grand Theft Auto V! Grand Theft Auto has improved year on year so it’s no wonder that this is a highly anticipated release. Some people wonder how it could possibly improve, me included! So let’s see what’s new. 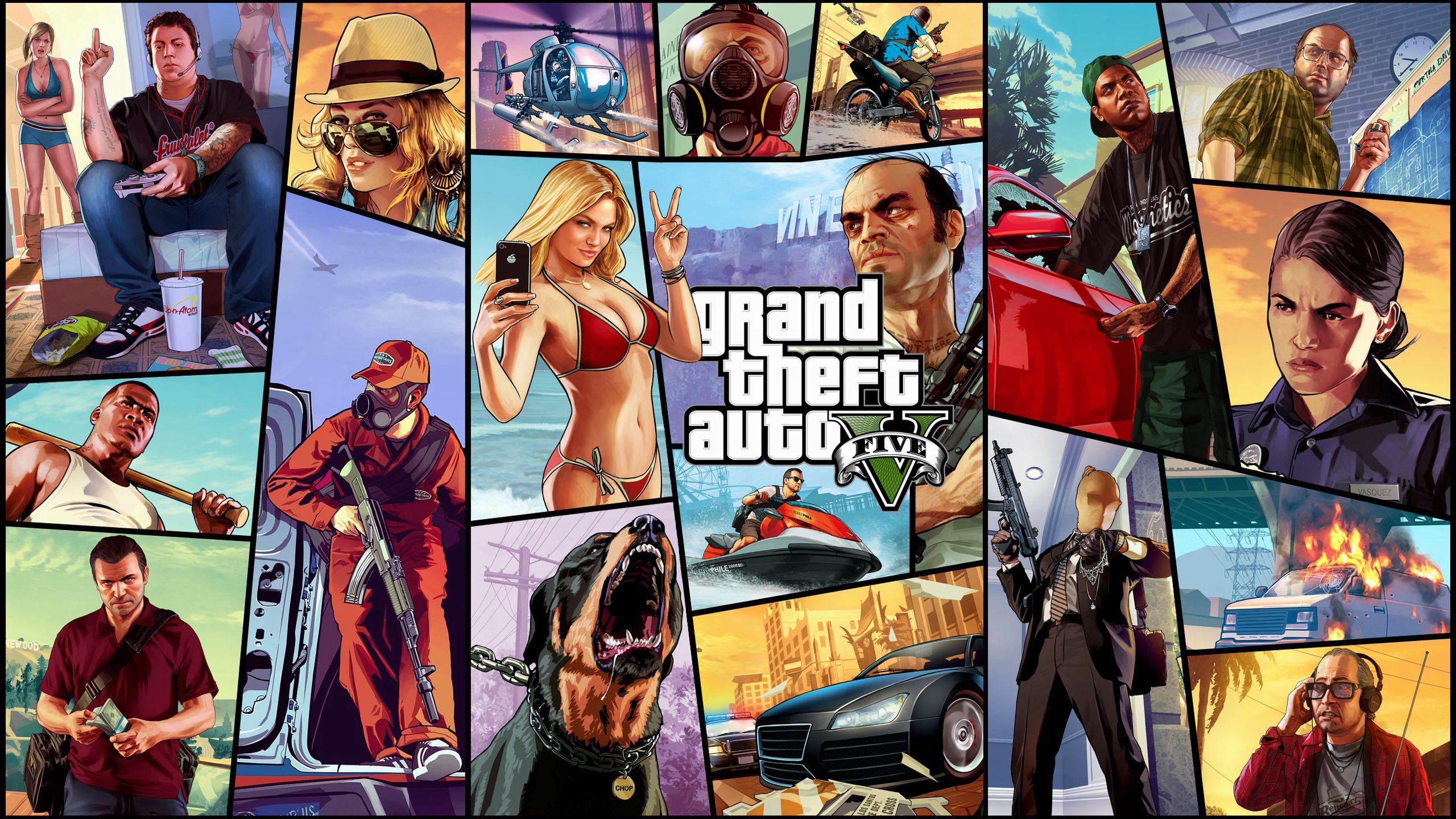 This game never fails to amaze me at how realistic and detailed the city feels. There are gangs hanging on street corners and police lights highlighting the night sky to give you the sense you are in the poor backstreets. If you head over to Vinewood, you get the feeling you are in a rich area. Posh sports cars glisten in the sun, tourists are happily taking pictures with their smart phones and toff’s have loud conversations about auditions and their fight to the top of the money ladder. Heading through the countryside you will see people walking their dogs through fields, backpackers exploring and cyclists pushing themselves to get up the hills! It feels real!!

There are 3 main characters in Grand Theft Auto. Michael is retired and living in luxury with his family in Rockford Hills but he is bored of his lifestyle. He misses the thrills that his previous years have brought him and spends his days drinking, watching TV and arguing with his family. Is this what’s left for him after his great success?

Franklin is a character many can relate with. He keeps trying, and failing, to make something of himself and be successful. He is eager to escape the hood and Michael offers him a break. Franklin is young and new to the criminal lifestyle so having Michael as a mentor helps him starting out.

Trevor is completely different. He is one of the most bold characters that gamers have ever seen in Grand Theft Auto. He lives in a trashy trailers in the outback, is cooking crystal meth and works as a bounty hunter-nice bloke isn’t he? Trevor ends up in Los Santos and although he is very different to the other two characters,  the desire to be rich brings them all together.

There are some missions that the character go alone on. Michael is often seen trying to control his kids, Franklin is repossessing cars and Trevor clashes with rival drug dealers.. When the three come together they are lethal. Each of them plays a different role in the crimes but each do it so well! To give the characters some distinction, they each have limited-use special abilities that are activated by clicking both sticks.

The most notable improvement for me is the mission design. There is no ‘drive character X from A to B’ filler here; each one feels unique. Missions vary from the regular car chases to shootouts and stunts. Many of the missions are big and dramatic; how much dollar you make depends on the gamers approach.