The Best PS1 Games Ever Released

It could be said that the modern era of console gaming started with the hardy little PS1.  After all, we’re talking about a device here that effectively ushered in a disc-based format and helped to popularize gaming as an everyday household activity.  Sure, one could argue that the Nintendo (the original NES) was really the first console to firmly plant video gaming on a TV into the minds the populace, but it did so with less-than-optimal graphics (no ability to render 3D environments, for example).  Simply put, there wasn’t a lot that game developers could do with the NES platform compared with what would come later with the original PlayStation.  It also bears repeating that a disc-based system was actually explored by Nintendo until Sony swooped in and beat them to the punch. 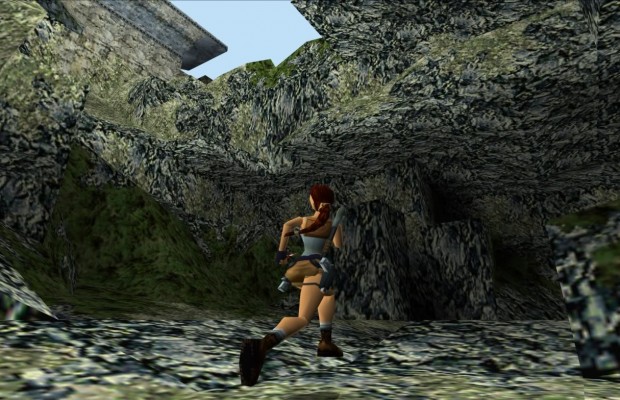 With the birth of the PS1, you might even say that game developers were given more room and ammunition to work with.  Most obviously, there was a jump from 8-bit to 16 and then to 32 with the release of the PlayStation.  Technically speaking, the industry had made the transition from rather simplistic game boxes to affordable computer entertainment at home.  How successful was it?  Well, the PS1 did manage to sell / ship in excess of 102 million consoles in its first 10 years of existence, which is no small feat and is certainly a testament to Sony’s success.

However, what really made the company a household name was its impressive library of games.  As always, the lifeblood of any console is its software – a concept which the PlayStation Empire took directly to heart.  Armed with a number of truly ground-breaking titles (at the time of release) they more or less revolutionized the industry at large.  In fact, there are a few PS1 games that even the most jaded gamer might still be interested in playing.  Nevertheless, here’s a list of our top picks for the Best PS1 Games Ever Released…

For a lot of hardcore RPG fans, the arrival of “Star Ocean: The Second Story” was a revelation – just a really great example of what you can do with a game world, characters and a 40 hour storyline.  Both real-time combat and weapon creation / customization were added in this title, both being features that would continue to dominate the RPG landscape on into the future.

The next time you’re playing one of the GTA games on a new console and you’re fleeing police or the national guard as they try to hunt you down, remember “Need for Speed III: Hot Pursuit”.   Simply put, the release of this title marked the first time that such a mechanic was to be found in a video game – something that would go on to become extremely popular in an assortment of driving / racing games.

Tenchu 2: Birth of the Stealth Assassins

Games with stealth-based mechanics have more or less always been a fixture of modern console gaming, but with the release of the Tenchu series we saw these types of games open up a bit more.  In other words, long, protracted storylines were of little concern here, the main focus was on carrying out covert kills.  The fact that they tried to capture the look and feel of an ancient Japan was just the icing on the cake.

Driver: You Are The Wheelman

Ask any former PS1 owner what driving game they found to be the most memorable and chances are it’s going to be “Driver: You are the Wheelman”.  Possessing an interesting story involving an undercover cop who’s posing as a getaway driver, this game challenged gamers as well as introduced them to more realistic destructive car physics.  All in all, it paved the way for what was to come.

The “Tomb Raider” series opened up gamers to an entirely new type of archaeologically-minded platforming experience that was equal parts action as it involved solving puzzles.  With “Tomb Raider 2”, the formula established in the first game was improved upon…enough said.

The “Final Fantasy” series has always been intimately tied to the PlayStation Empire and FFVIII is perhaps one of their best efforts.  To make a long story short, this game helped to transform console-based RPG’s and even introduced many people the role-playing genre.

All in all, “Oddworld: Abe’s Oddysee” is perhaps one of the better-looking titles in the PS1 library, at least where side-scrollers are concerned.  Not only does this title possess a highly unusual story, but it’s also quite funny at times and features a host of characters that seem to spring to life on the screen.

“Legacy of Kain: Soul Reaver” is one of those games that more or less revolutionized gameplay on the PlayStation.  As a 3D adventure game, LoK:SR really broke new ground and created a visceral world to explore, hypnotizing gamers with its visuals and new type of gameplay.

If you want horror and fear on the PS1, just go play “Silent Hill”.  To this day, it’s still a rather intriguing game that will keep you on the edge of your seat.  Of course at the time of its release it was seen as being fairly revolutionary.

A lot of gamers might not remember this point-and-click survival horror adventure.  Rest assured though, it’s loads of fun and is certainly more than capable of making you jump.  It plays out like an interactive novel and features loads of endings too – a very underrated PS1 game.

Hands down, “Resident Evil 2” is one of the best games you can own for the PlayStation.  It has a bit of everything – puzzle solving, run for your life moments as well as a very intriguing story that introduces an over-arching conspiracy that’s extremely digestible.

Last, but certainly not least, we have “Metal Gear Solid”.  Needless to say, this game maintains a legendary status for a reason – it’s freaking incredible.  At the time of its release it was nothing short of a revelation, so much so that its legacy continues to influence action, adventure and stealth-based games.

The year is 1994, and the Super Nintendo Entertainment System is sitting pretty as the console of choice for the discerning gamer. Things are...
Read more
Best Games

When Christmas is over and a new year begins, the game release schedule can sometimes dry up a little. All the major releases publishers...
Read more
Best Games

Ah, the humble stick figure. Beloved by children and poor artists (like us) the world over, stick figures are a great way to quickly...
Read more
0 0 votes
Article Rating