The Best Hunting Games: Unleash The Hunter In You

Hunting games have come a long way since Duck Hunt first hit the arcades in 1984. The fundamentals of a good hunting game have not changed much but the gameplay experience has vastly improved from that first coin-operated machine.  Next time you get the itch to stalk a buck or take down big game, take a look at our top Hunting games for Console or PC. 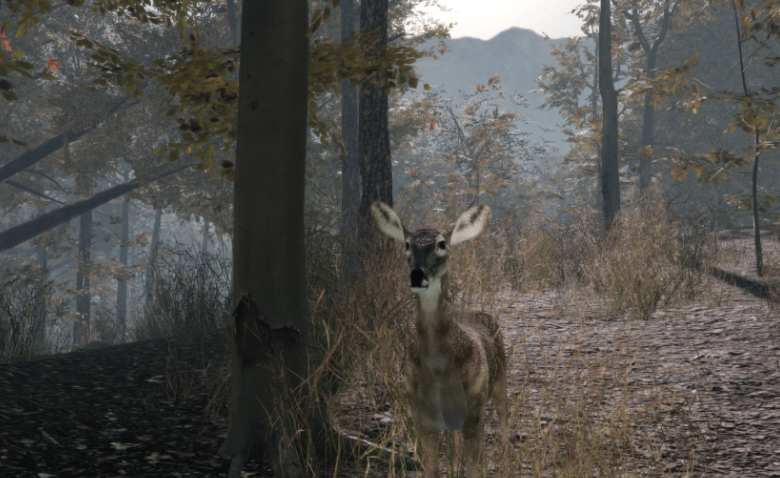 If you are looking for a realistic deer hunting simulator, then Pro Deer Hunting 2 is worth a consideration. It advances from the original game with improved visuals, and extras such as a muzzle loading rifle are included. You’ll be hunting deers through some interesting environments. Pro Deer Hunting 2 is available on PlayStation 4 and Microsoft Windows. 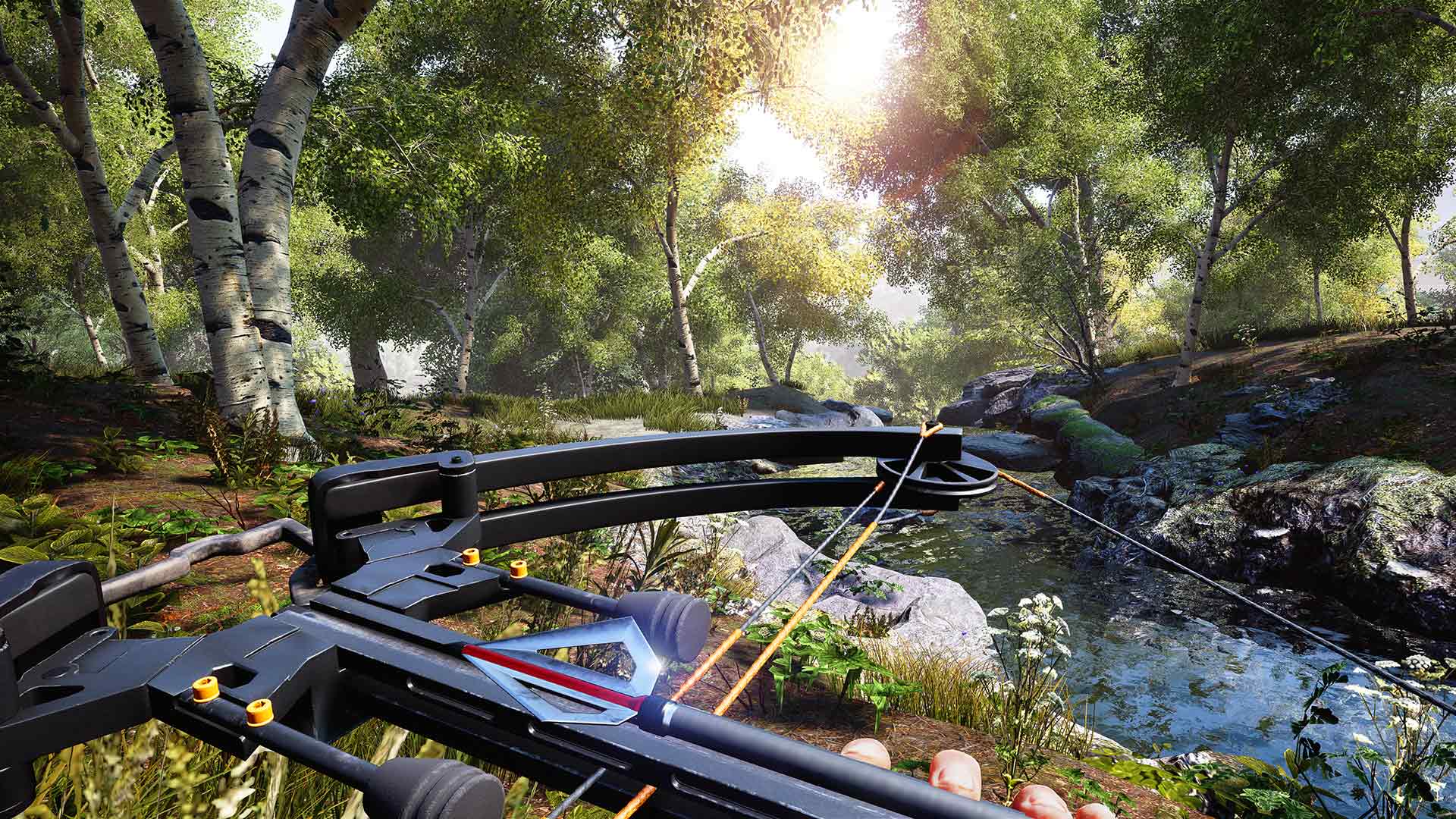 Hunting Simulator – as you can probably guess from the unimaginative name – takes a realistic approach to hunting. Available on PS4, Xbox One and PC, this is one game which guarantees you’ll get your money’s worth. There’s a huge amount of land to explore, split across 12 distinct areas, and a whopping 111 missions to complete, which will see you taking different approaches to hunting specific types of animals.  Because of the realism of the hunting itself, a gung-ho approach will rarely work in Hunting Simulator; patience is the best virtue you can have in this game, meaning that – when you do finally secure that skill – there’s an immense feeling of satisfaction. 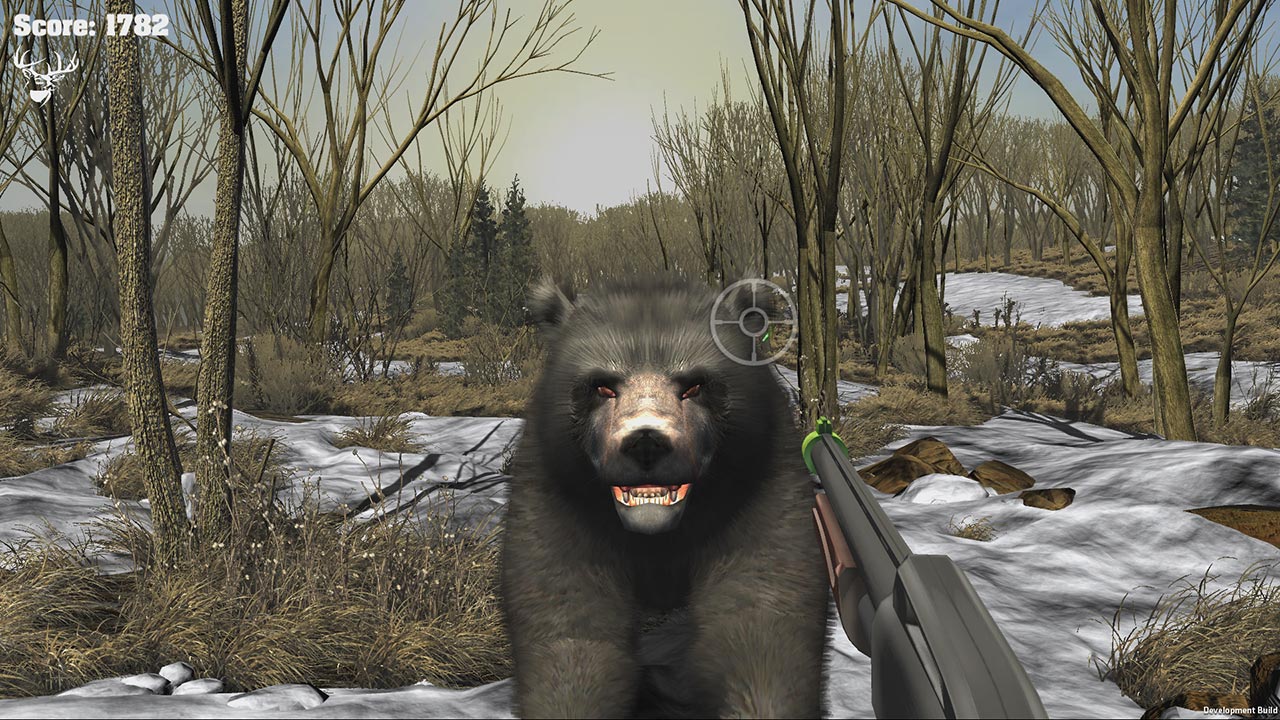 This game really leans into the stereotypes with all the banjos and moonshine your redneck cousin could ever want.  This tongue in cheek game is in on its own joke and doesn’t allow its camp to get in the way of good gameplay.  The graphics are good but not surpassingly so.  Getting the controls to sync the way you want can sometimes take a little tweaking, but once you’ve got it right it will feel pretty natural.   While there is not a lot in the way of complexity or story, this game is surprisingly addicting.  Minigames to test your speed and accuracy keep it exciting and replayable. This game is available on most platforms: Arcade video game, Nintendo Switch, PlayStation 4, Microsoft Windows, Xbox One. 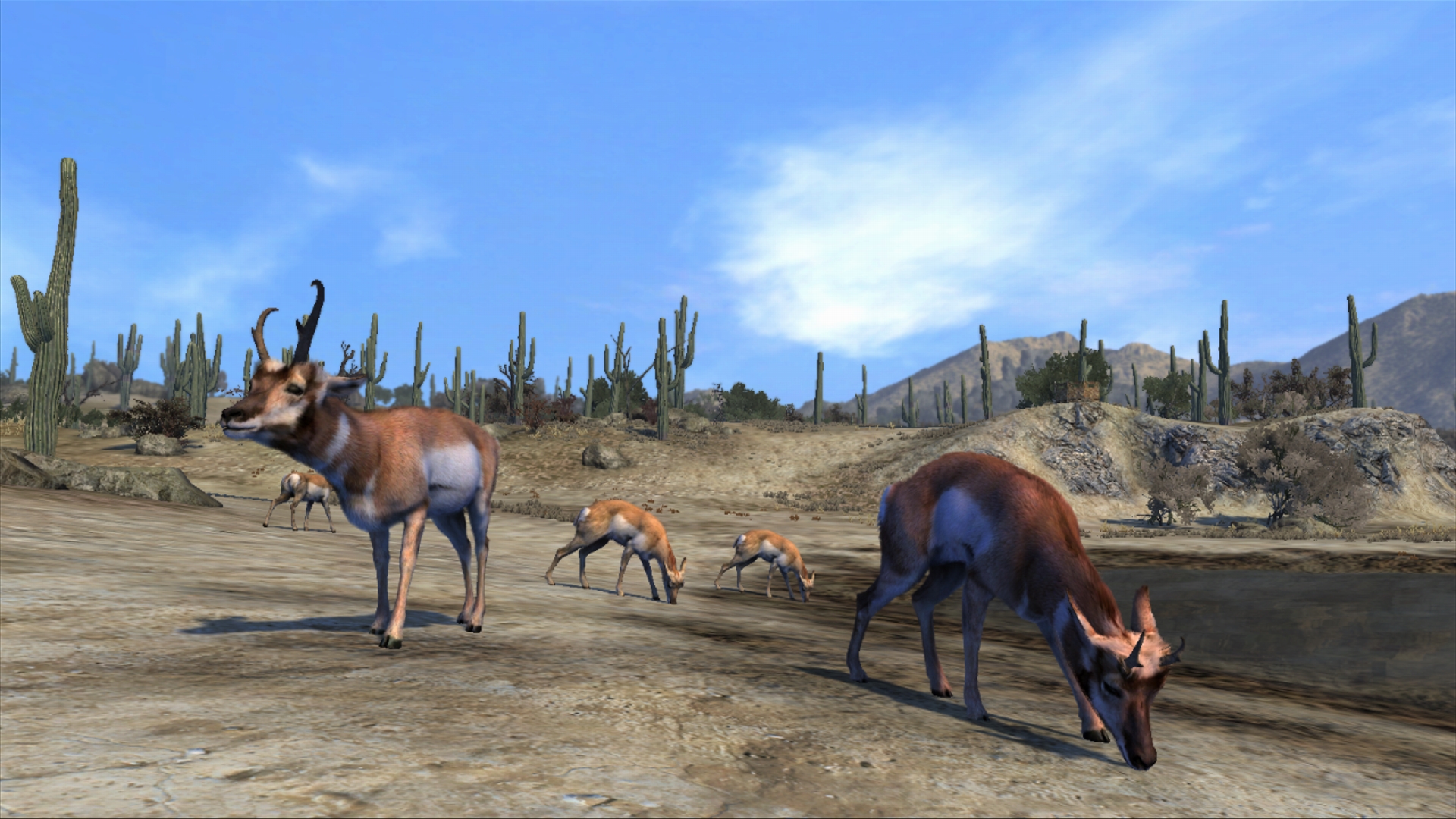 Pro Hunts is merely the latest in a legacy of hunting games by Cabela.  Reviews of the series are mixed as some players feel the latest doesn’t do enough to stretch the boundaries of graphics and storytelling while others are simply happy for more content in a familiar setup.  Pro Hunts is a single player game that transports you to big game hunting grounds in North America. NPC veteran hunters guide you through challenges as you collect trophies to open new areas of the game.  The graphics are good but the gameplay can be too easy at times.  If you’re a fan of the genre it is worth checking out at least one of Cabela’s many titles available on Steam. Available on: Microsoft Windows, PlayStation 3, Wii U, Xbox 360. 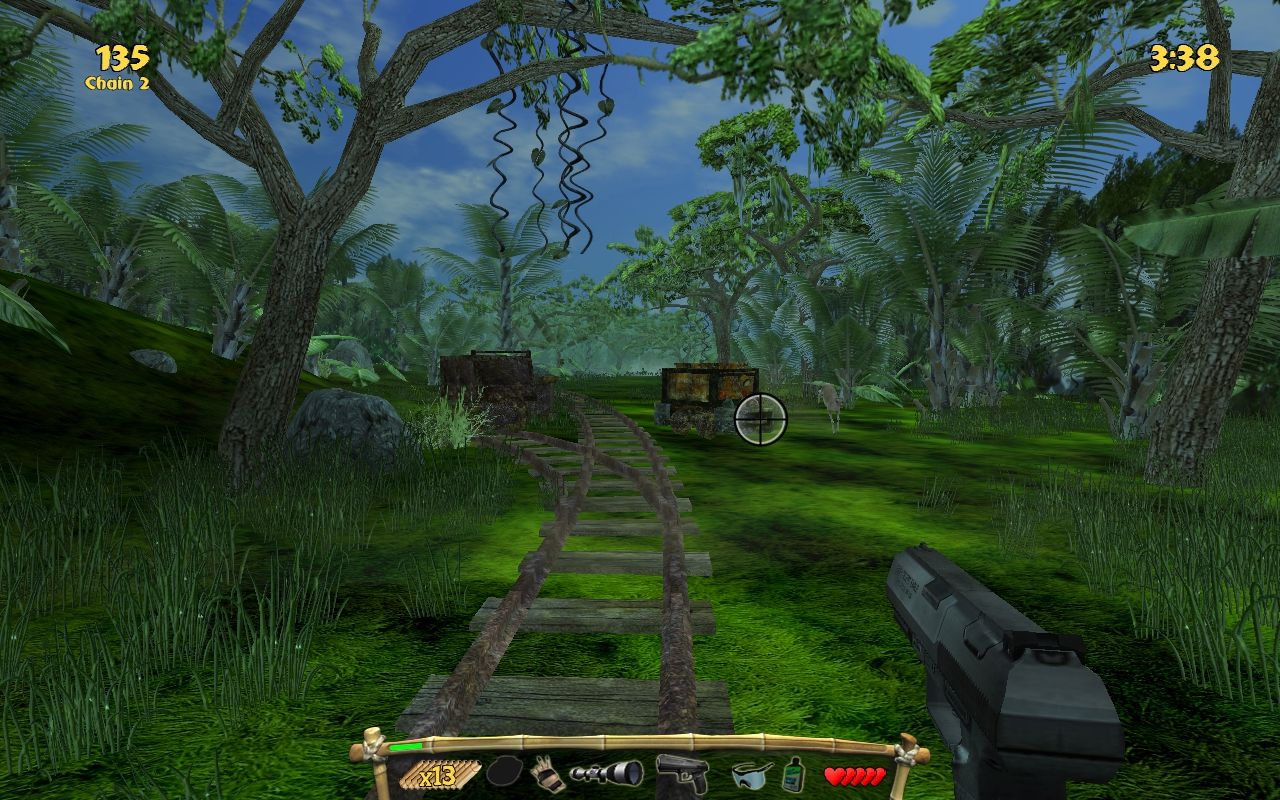 While available for PC, this game really shines on the Wii.  It won’t be challenging enough for hardcore gamers, but it will appeal to families with young adults.  The rifle attachment for the Wii can be difficult to configure, but once it is synced properly it can be a great deal of fun.  The regular controller works just as well.  The interface is user-friendly and the pace a perfect balance of excitement and relaxation. 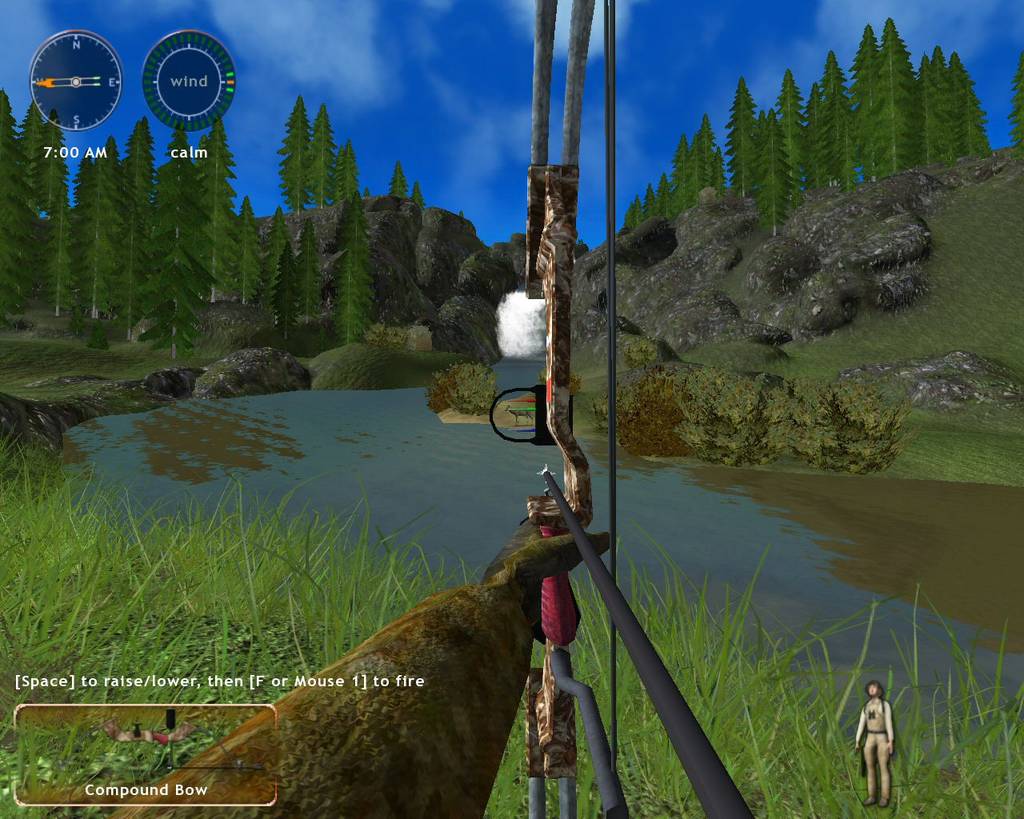 While this game’s graphics may be showing their age a bit, the gameplay, variety of prey and vast hunting grounds still make for a great hunting simulation.  The sheer variety of animals available and weapons to choose from make this a good choice, especially with a free to try version and a price point of around $10. For a couple bucks more you can get the “Hi-Caliber Edition” for PC, which contains 8 complete games in the series. 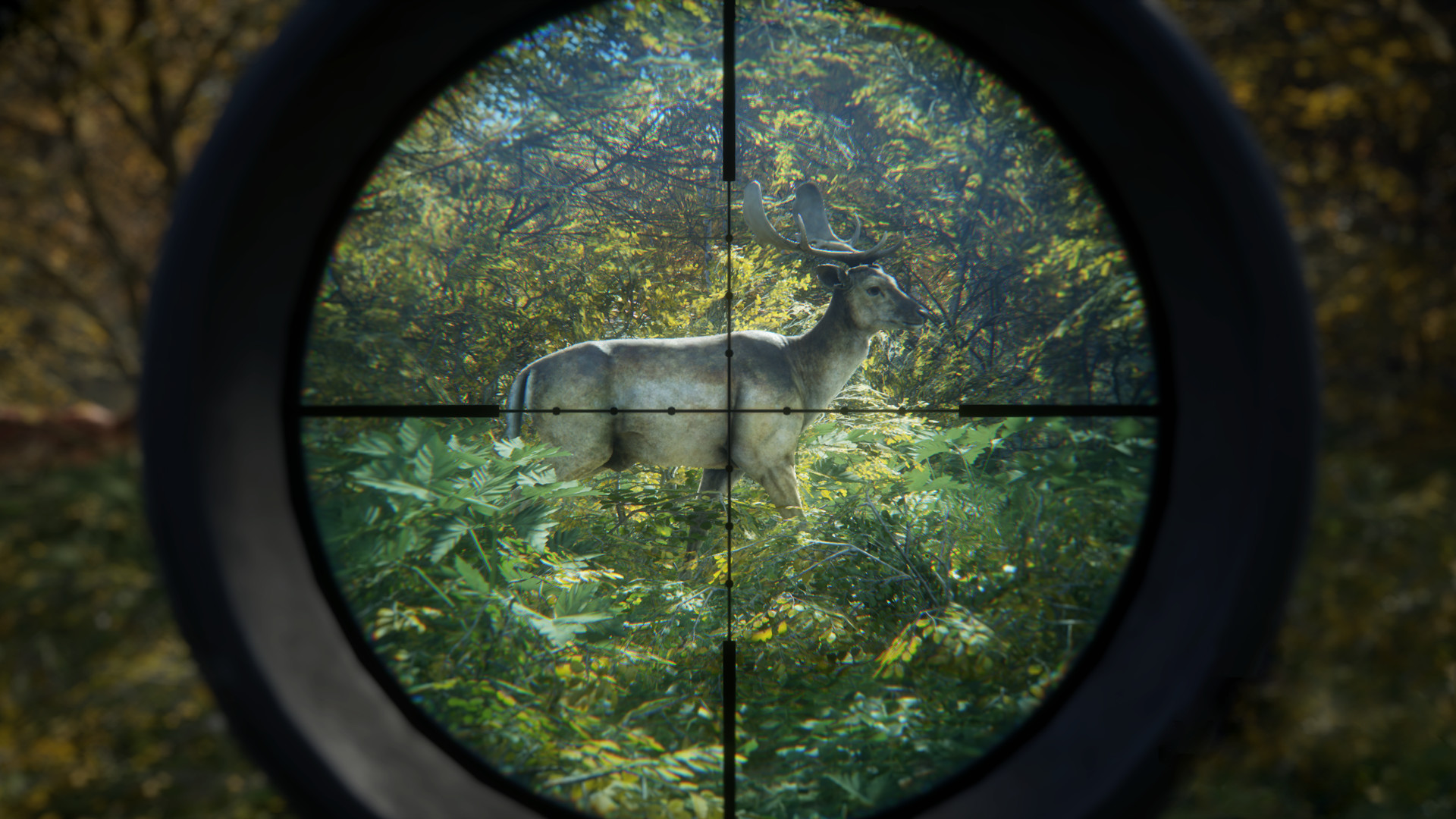 The Hunter (classic) or its new open world companion, Call of the Wild, are not a point and blast FPS.  This game builds up all the tension and anticipation of a real hunting experience.  The environment is beautifully rendered and the simulation is top notch.  You can play free online or opt for a subscription to open up more options. With online multiplayer, hunters can work together to bring down the big game.  The realism of needing to track, wait, and carefully aim make the kill of elusive prey that much more satisfying.  Some of the animals you may run across include whitetail deer, wild boar, black bear and even ibex. Call of the Wild is currently available on Steam and disc for the PC and is also available on PS4 and Xbox. 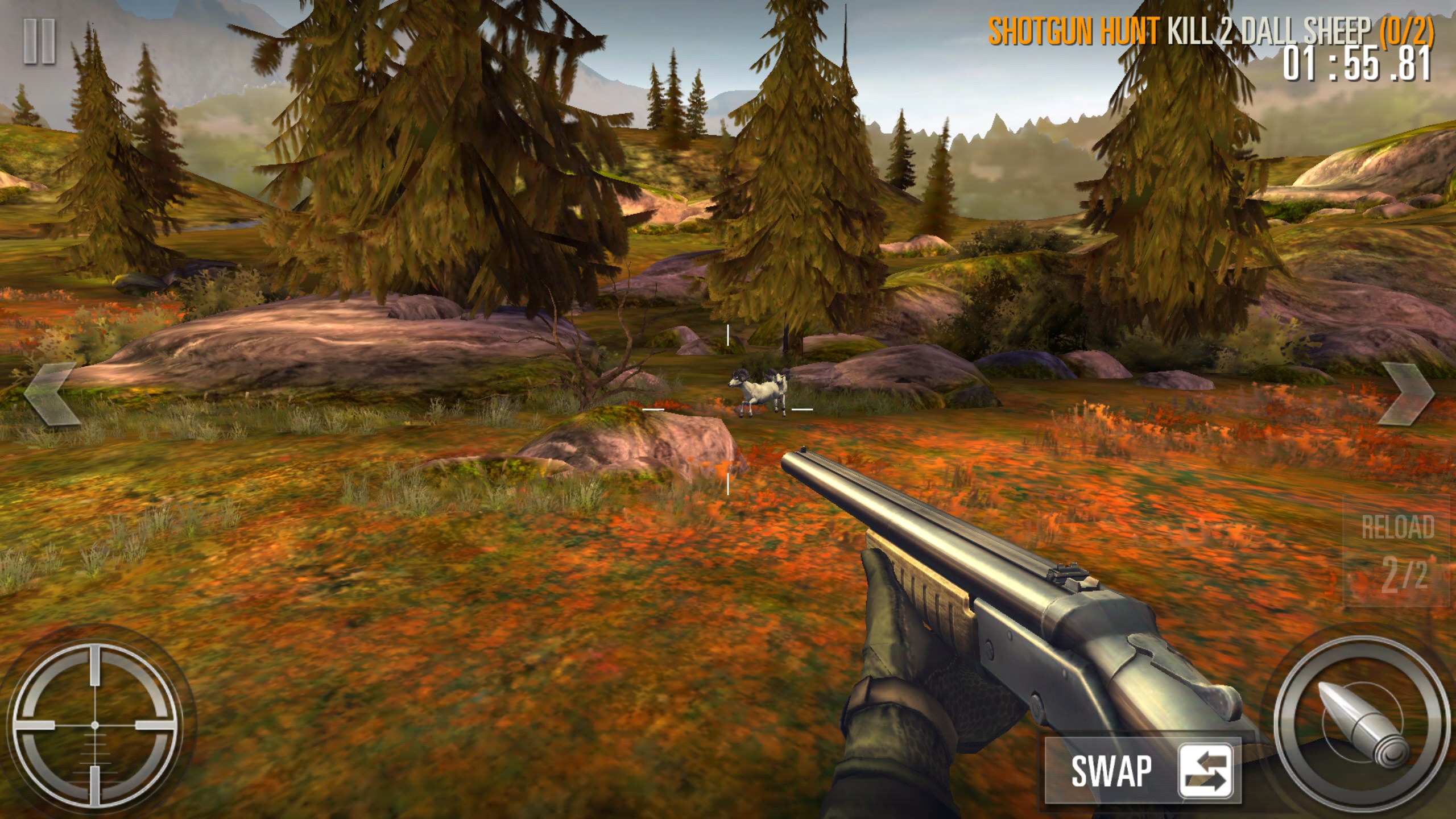 All the titles we’ve looked at so far have been for PC or console. So, how to fill that hunting itch when you’re on the move? Enter Deer Hunter 2018, the biggest hunting game for mobile devices and console users, and available for both Android and iOS users. Just because it’s on mobile, however, does not mean this game is limited in any way. The locations range around the world, from Alaska to Zimbabwe, and there’s a wide array of both animals and weaponry. The graphics are also surprisingly good, and – to top it all off – it’s completely free to download. 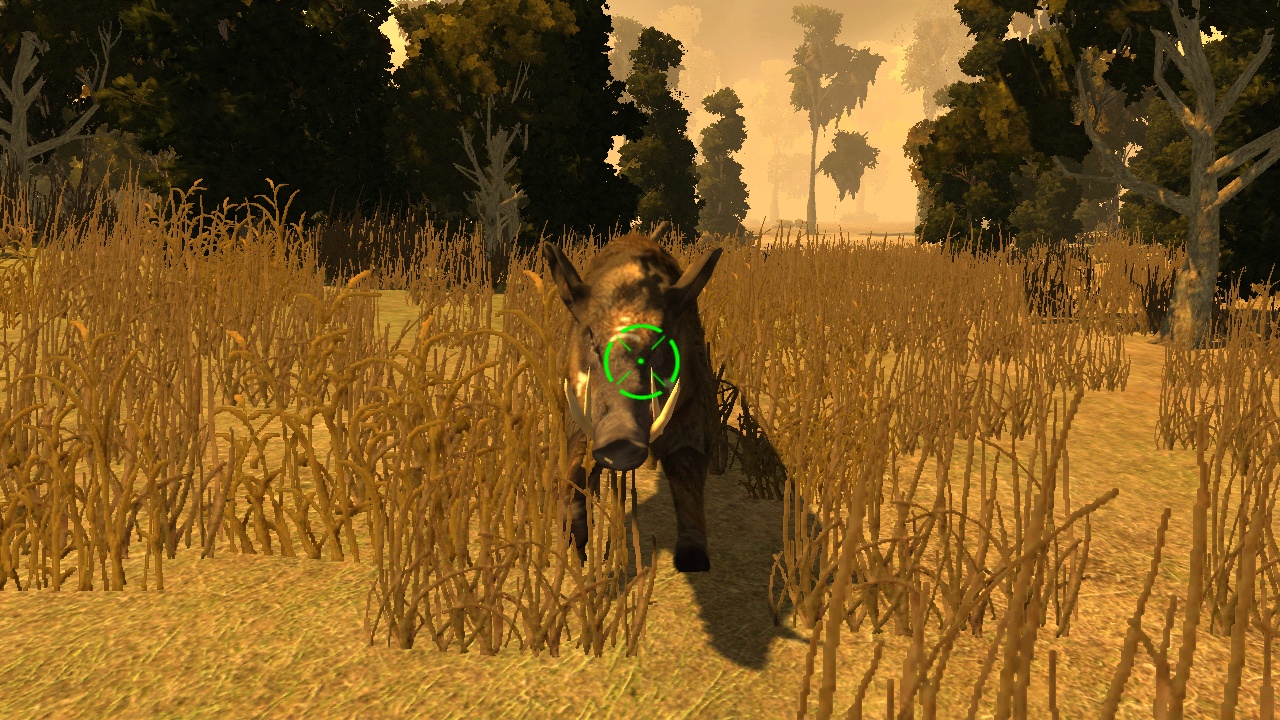 Bass Pro Shops are one of the biggest retailers in the hunting industry, and they bring all of their brand’s experience and expertise to The Hunt (side note: seriously, what’s with the terrible names in hunting video games? Can’t we get something a bit more imaginative than “The Hunt”?!). This is another title which tends towards realism, with some hunts taking hours to complete. Whilst the locations are limited to North America, they are extremely detailed, and – with 10 different settings on offer – there’s still a decent amount of variety. Add in a pleasingly broad variety of specialist kit – decoys, scent eliminators, and so on – and overall Bass Pro Shops: The Hunt becomes a strong entry into the hunting video games sub-genre. You can play Bass Pro Shops: The Hunt on Nintendo Switch, Microsoft Windows, Xbox 360, Wii.

Are you bored of hunting the same old bears, bucks and birds? Sounds like you need to go after a new type of prey. How about… dinosaurs?! The Carnivores games are semi-legendary in the hunting sub-genre, and Dinosaur Hunter HD – the fifth entry in the series – might just be the best of the bunch. You can essentially set up your own hunts, choosing the weaponry, location, time of day and targets. There are 18 different dinosaurs to go after, including the T-Rex, Velociraptor and Gigantoraptor (which is actually a real dinosaur!). If you like hunting games in general, but feel they’ve grown a little stale in recent years, this might be the perfect antidote. Carnivores: Dinosaur Hunter is available on Microsoft Windows, iOS, PlayStation Portable. 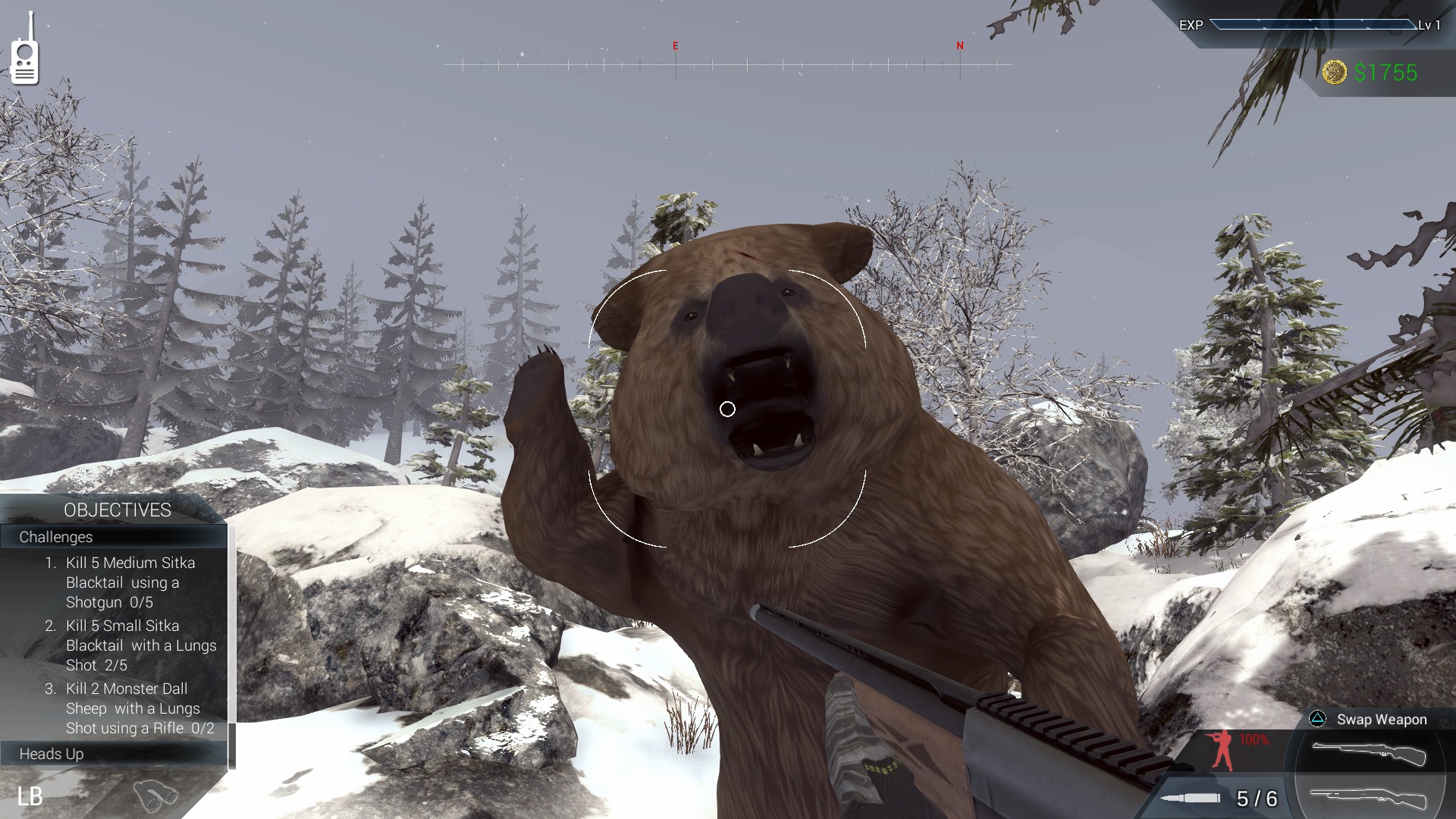 Console users can also dig deep into the world’s best first-person shooting franchise, with the release of Deer Hunter: Reloaded. It is available on PC, PS4 and Xbox One. Can you become a master hunter? This game throws you into some great environments, such as the bitter cold mountains of Alaska to the sandy scorched areas of West Texas. This experience is authentic and provides you with plenty of great scenarios to play through. However, be aware of the threats that lurk, as they are likely hungry, and you could be their supper. 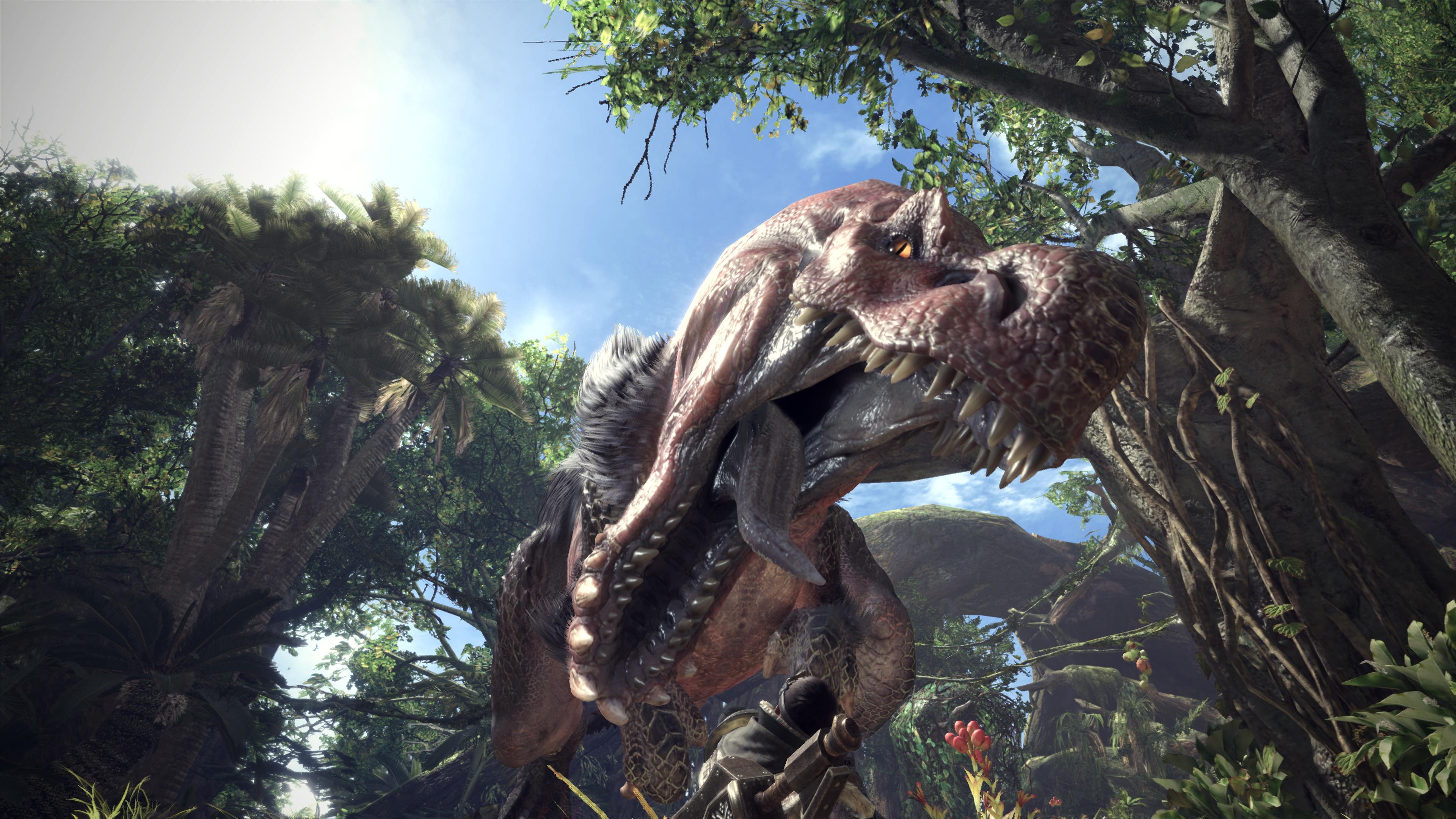 And now, for something completely different! Since being created in 2004, the Monster Hunter series has gone on to phenomenal success, selling over 45 million copies to date. Monster Hunter: World is the latest – and possibly greatest – entry yet. Whilst realism is very much thrown out of the window here, the basic gameplay loop of a hunting game – locating your prey, chasing them down and finally making a satisfying kill – is present and correct here. Add in extremely addictive RPG elements and fantastic multiplayer, and Monster Hunter: World becomes a tantalizing prospect to hunting game fans who aren’t afraid to branch out from the same old mechanics.