Swim and Feast in Piranh.io

Piranhas aren’t the friendliest creatures in the ocean. Piranh.io, a fresh and bloody .io game, puts players in control of the deadly fish. Amidst a steady stream of ongoing development, the current version of Piranh.io is very entertaining. Let’s dive into the water and see why being a killer fish is so fun.

The graphics in Piranh.io are basic, bright, and bloody. The game skews towards a younger audience, with a simple concept (eat or be eaten) and easy controls. On a computer, the mouse cursor guides your fish. You can click for a speed boost and press the spacebar to activate a power-up. There are no additional controls or alternate key bindings. When the game is released for mobile devices, it will use similar touch-screen controls. 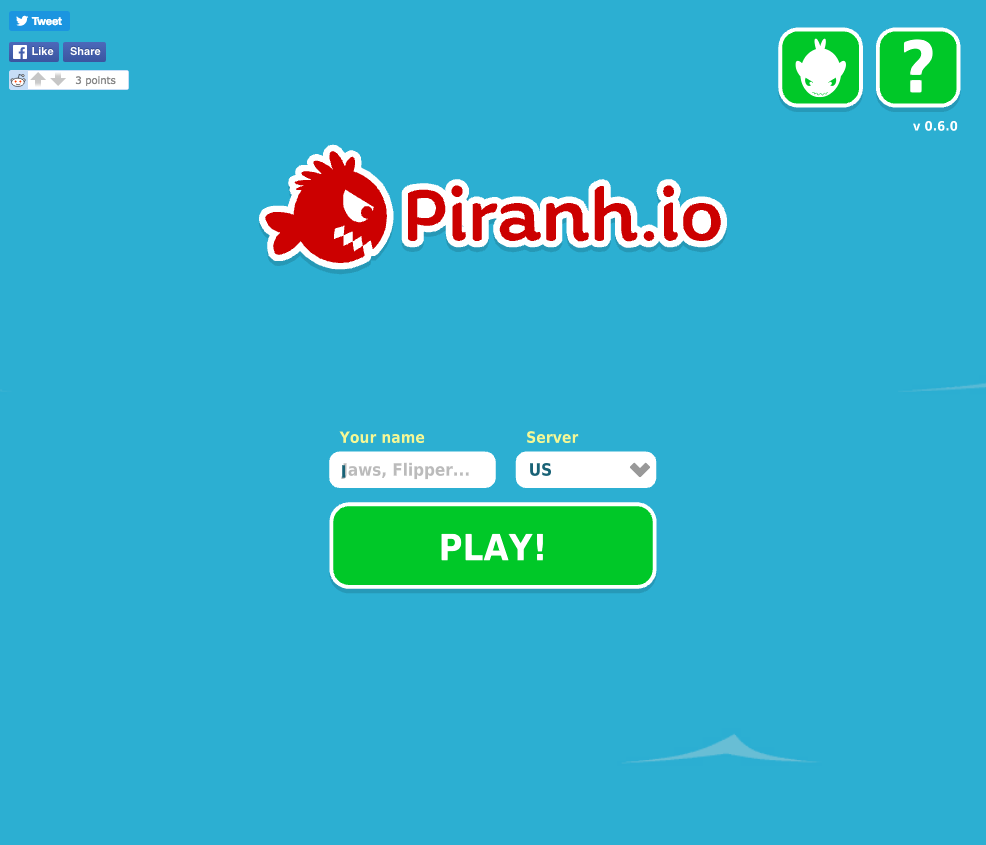 Before entering the water, you can select your character from a growing array of fish. There are angry-looking piranhas in just about every hue, from pink and black to orange and white. Additional fish are promised soon, with new fin and scale designs. These fish choices are the equivalent of the “skins” available in other .io games, such as Agar.io and Slither.io. Different-looking characters are beneficial for a few reasons. Perhaps most importantly, they differentiate players from one another. Also, they allow you to choose a character with which you identify (e.g. I selected the green fish, because green is my favorite color). Lastly, by changing characters, the otherwise potentially repetitive gameplay feels fresher.

Piranh.io is easy to play and doesn’t have much of a learning curve. If you’ve tried any .io games within the past year, you will be familiar with the concept: kill to stay alive. In this game Piranh.io, fish can feast upon all of the humans floating in the water. Every person is relaxing on an inner tube, and they don’t drift at all. It is incredibly easy to chomp on every person in sight. After eating someone, you will grow, score points, and get closer to leveling up. Each consumed swimmer turns into several red circles (i.e. pools of blood). This would be very grotesque, but the 2D graphics make everything feel like a silly cartoon. And that’s a good thing. 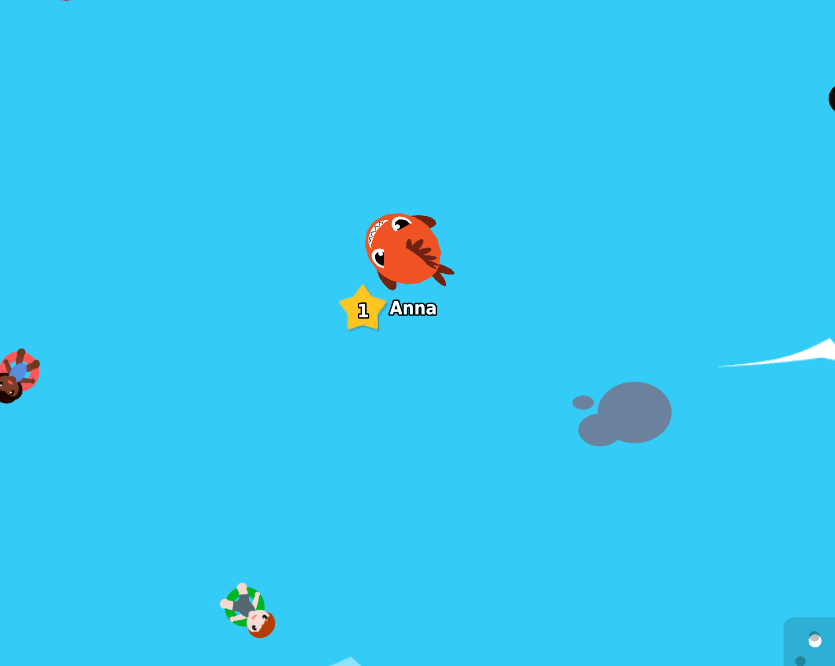 There are a few key ways to level up fast and overtake the ocean. Random sections of water host power-ups. Currently, there are three special abilities: invincibility, extra speed, and underwater evasion. The first two allow you to consume people and other fish much more quickly. The third power-up (underwater evasion) sends you below the surface, where you cannot be attacked. But, swimming underwater also prevents you from killing others and increasing your score. Each power-up can make the difference between life and death in the ocean.

Piranh.io is very amusing, but it also has some flaws. There are at least five servers around the world, but all exhibit slight lag at times. Also, the graphics could be improved with more detailed water and better kill animations. Piranh.io isn’t a perfect game, but with each update, it gets closer to being one.