Reasons Why 4K Gaming Will Soon Be Mainstream

Unless you’ve been living underneath a very large, and heavy rock for the past year, you have probably heard of the 4K Ultra High-Definition TV. You have most likely stood speechless and drooling before a towering 4K UHD TV at your local electronics store; and you have probably watched with excitement as the Ultra HD TV prices began to gradually drop lower, to levels that are more attainable for the average household. But what do 4K HD TVs mean for gamers?

We’re predicting that 4K gaming is the next big thing. Before long, you’ll see it everywhere. Why do we believe this? Check out these facts. 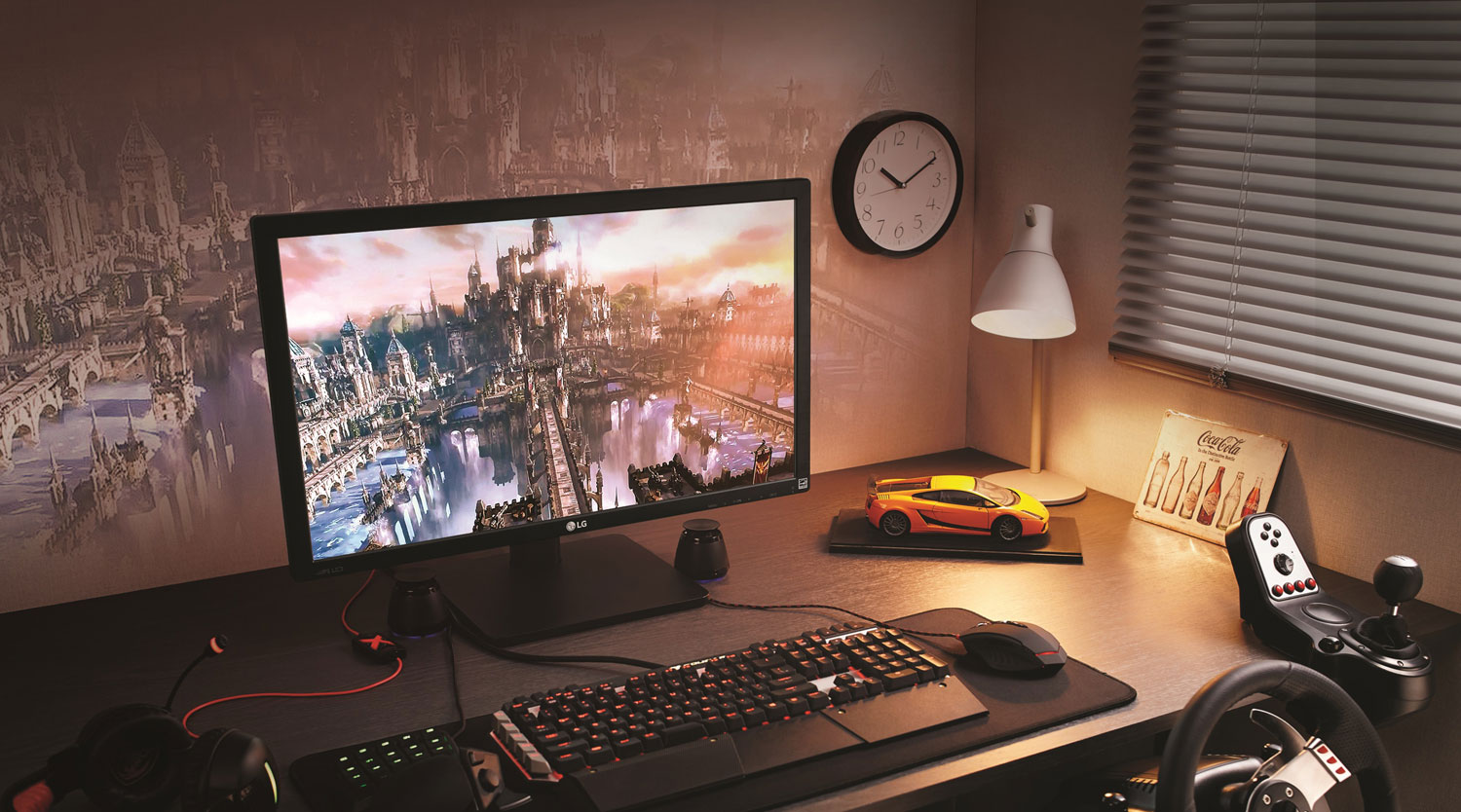 Reason #1: The Specs Speak for Themselves.

Scientifically, 4K resolution is amazing. Let’s look at the numbers— because numbers, as we all know, do not lie.

Think of it this way. Where one pixel exists on an HDTV display, four pixels stand in the same space on the UHD TV. That means sleeker curves, crisper lines, and better everything. For gamers, graphics have always been a key part of the gaming experience; and 4K resolution can only improve the potential for incredibly clear and detailed graphics.

4K TV screens operate at 60 frames per second. That’s enough to make gamers salivate over the increased potential for smoother motion in-game. Many people might envision what 4K can do for future games, games that have yet to be developed— but 4K UHD can actually improve your gaming experience right now, with games from this decade. Imagine using a 4K screen with a game like “Diablo 3” or “League of Legends.” These games don’t have the most demanding graphics on the market, so a decent video card can manage to run them at 3840×2160 resolution. That results in a distinctly improved look and feel when you’re playing these games.

Reason #3: You Get to Upgrade Your Tech.

Of course, if you really want the full 4K UHD gaming experience with brand-new, graphics-heavy games, you’re going to have to make a sizable investment, not only in the 4K monitor, but in your gaming rig. Your PC will need a distinct upgrade to be able to handle 4K gaming. Even video cards in the very top echelon of modern gaming hardware can’t quite manage to run 4K resolution at 60 FPS; they usually do about 30 FPS or so. You would need a 3-way or 4-way multi-card to go all the way with 4K, and those cards are rare and expensive. Console gamers will soon be able to grab either an XBOX Scorpio or the PS4 Neo, both of which will provide 4K capabilities.

However, with the speed at which 4K TV prices are going down, it’s reasonable to expect that hardware manufacturers and console makers are working on better, more powerful hardware to support the new technology. It will be exciting to see what the future holds for PC gamers and console gamers.