For essentially as long as consoles have existed, there has been an ongoing debate as to whether or not strategy games can succeed on them. RTS games, in particular, are seen as more problematic than their turn-based counterparts, due to their high-paced nature and (sometimes) emphasis on micro-management.

The crux of the argument, of course, comes down to the controls. The mouse-and-keyboard setup on a computer simply is more accurate than a console controller. In the heat of the action, if you need to order a single unit to attack a specific other unit, and you only have a split-second to do it, then it’s a heck of a lot easier to do with a mouse. 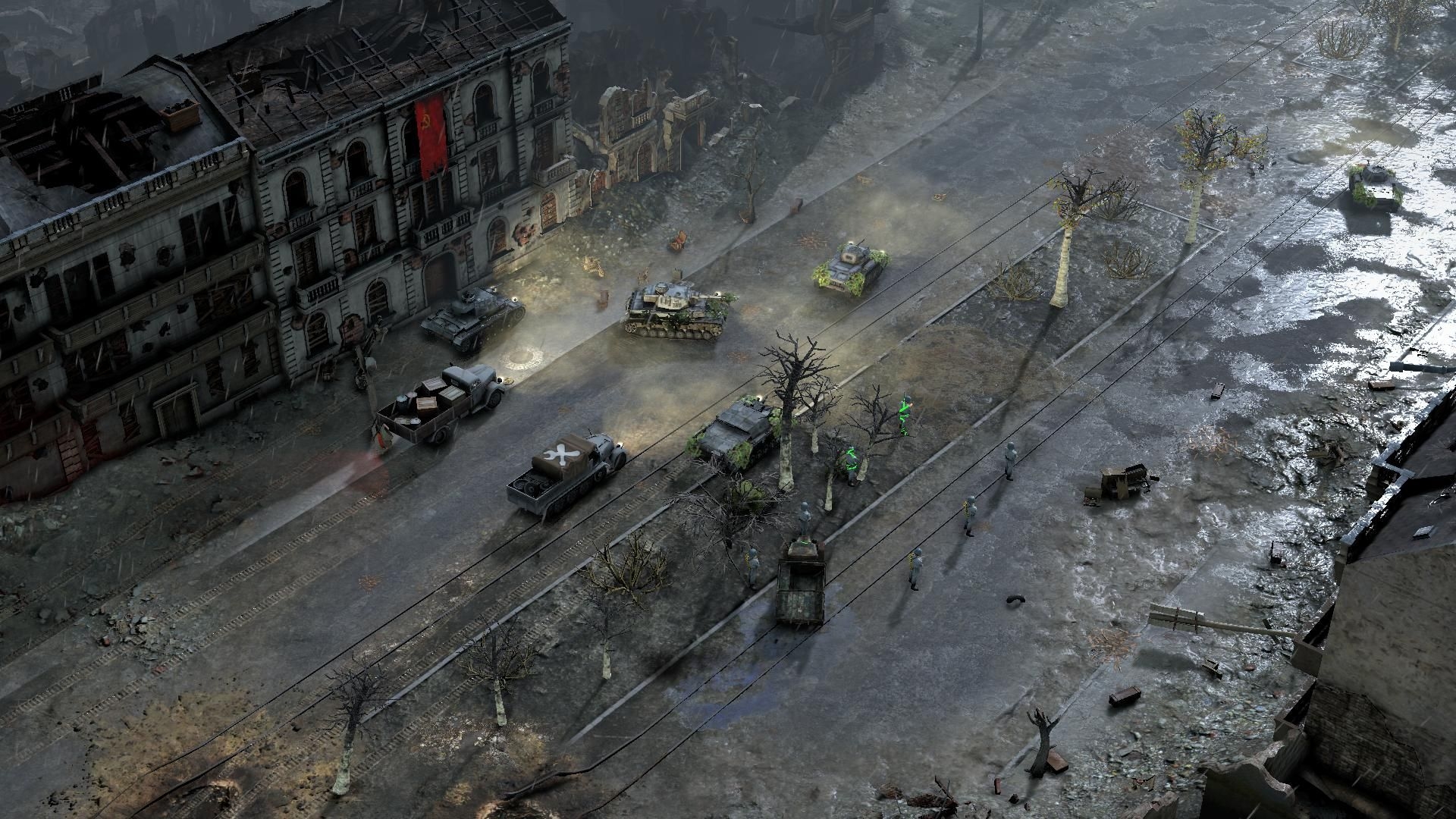 Then again, couldn’t you (and people did) say exactly the same thing about first person shooter games? They rely on accuracy and speed just as much, if not more than RTS games. And yet, that debate is well and truly settled now: FPS games haven’t just survived on consoles, they’ve thrived. There’s really no reason, therefore, that one of the PC’s most popular genres can’t also make the leap over to consoles.

Enter Sudden Strike 4. The Sudden Strike series has been a steady, if not massively popular series on the PC for years now, with the first entry having been released back in 2000. World War Two is the theatre of choice for these wargames, and the emphasis has always been on combat tactics, rather than base management or resource collection. This is the first Sudden Strike game to be released on consoles, and one of the very few RTS games that’s attempted to make it on PS4 at all.

The first question to address, of course, regards the controls. And, actually, they’re pretty good! It helps that, even though it’s an RTS, Sudden Strike has a pretty slow pace, so there isn’t much of a need for frantically doling out precise orders. Developers Kite Games have also managed to craft a fairly intuitive control scheme, mapping things like squadron aggression level and attack moves to their individual buttons. They even keep the controller layout on the screen at all times, in the bottom-right corner, so forgetting what each button does isn’t really an issue. The fact that you can pause the game any time you please, and continue to issue orders, is also a forgiving inclusion.

With that out of the way, let’s get stuck into the meat of the game. There are three individual campaigns to play through – Allies, Germans and Russians – each with seven missions included. That’s a good dose of story-based content, made all the more engaging because each mission is based on a historically-accurate event. The developers also cleverly interweave the different campaigns, meaning you can end up playing through the same battle as different sides 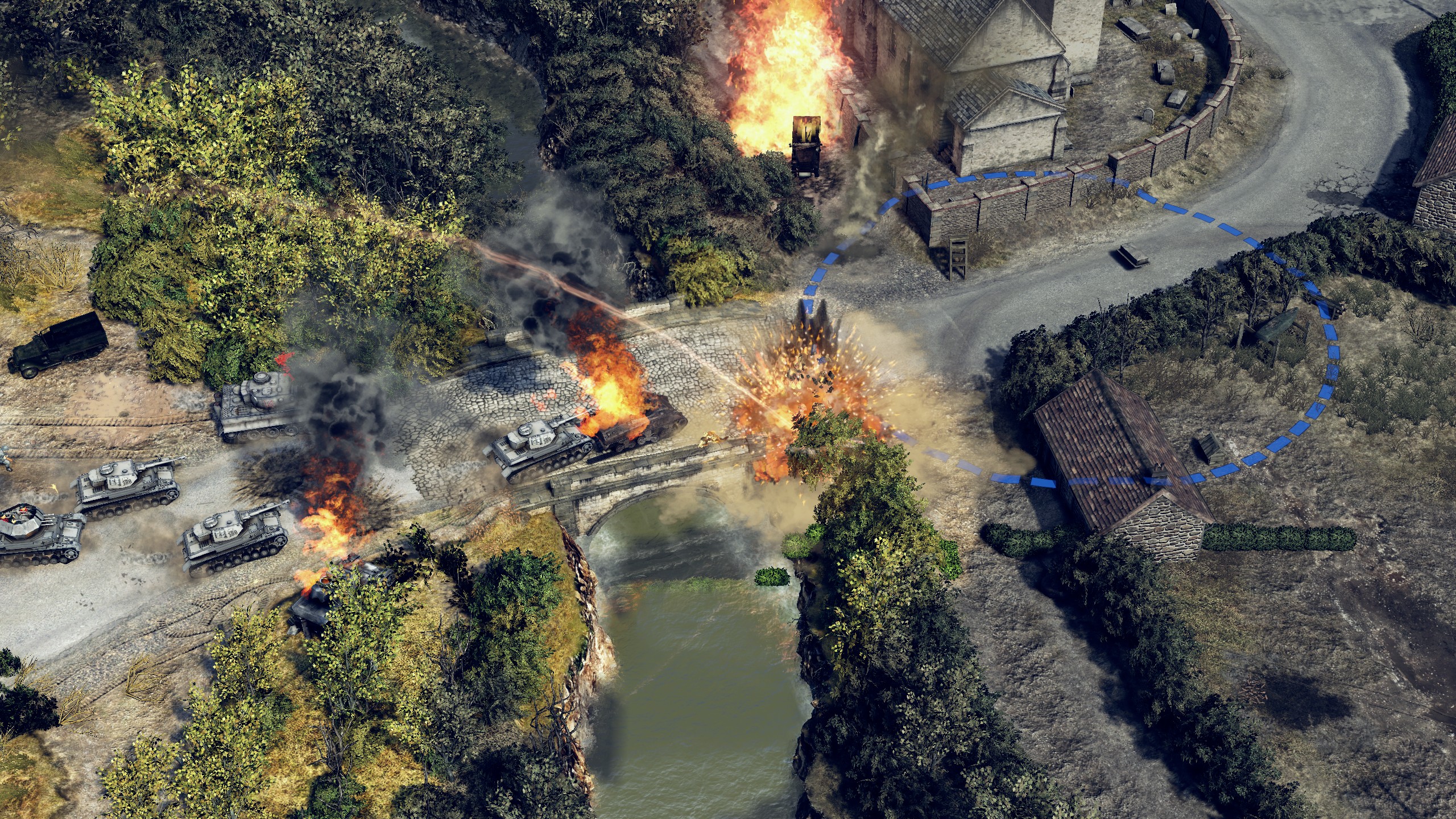 Sticking true to the classic Sudden Strike formula, there’s no base building or resource collection here; basically, you get what you’re given at the start of a mission, and that’s it. That may isolate more macro/economy-focused strategy players straight away, but in practice it makes the battles a whole lot tenser, and ensures the emphasis falls heavily on tactical nous. The knowledge that if you lose an infantry unit, you probably won’t be able to replace them (though you do sometimes receive reinforcements), ensures you take a great deal more care with your soldiers than you normally might, and weigh up every move you might make ahead of time.

This definitely isn’t a perfect game. The developers clearly had some budget constraints, as evidenced by all of the game’s characters – regardless of nationality – having American accents; a small gripe, but one that does break immersion to some extent. In addition, there can be some AI-related hiccups, both on your side (the pathfinding can be hit-and-miss) and on your enemy’s. The graphics are also fine, rather than spectacular; they’re certainly not pushing the powerful PS4 to its limit. 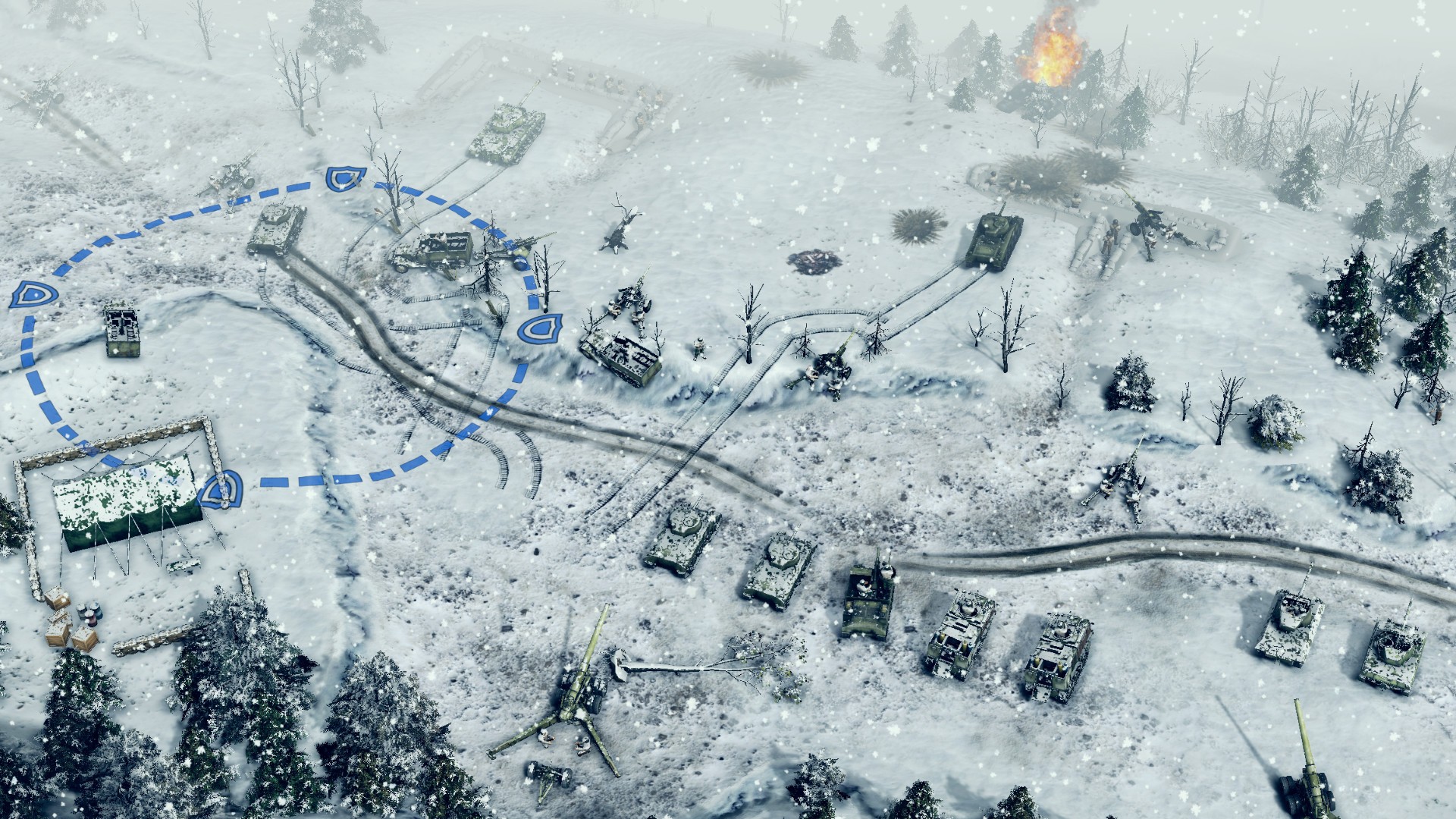 That being said, this is an extremely worthy effort. With 21 campaign missions, a good skirmish mode, and online multiplayer with up to seven other players, you certainly can’t argue that you’re not getting value for money. Sudden Strike 4 isn’t the best RTS ever made, but considering the challenging yet rewarding gameplay, and the dearth of other options, it’s a solid purchase for strategy-loving PS4 and PC gamers.