Steven Universe in the Free World

Not all great games cost $59.99. After all, there are plenty of mobile and computer games that sell for just a few bucks. Gaming portal Poki offers titles in just about every category. Today, we’re taking a look at the best games based on Cartoon Network’s Steven Universe. Whether or not you’re a fan of the animated series, these titles deserve your attention.

Gem Bound sends Steven Universe on a harrowing training mission. With the help of the Crystal Gems, he must fly high to become a hero. In this well-designed jumping game, players will learn that faster isn’t always better. On the way up, tiny platforms serve as stepping stones towards the clouds. An army of Crab Gem Monsters, Watermelon Tourmaline, and Big Bird will try to stop you. Victory requires keen strategy, quick reflexes, and helpful teamwork. Garnet can give you a boost, Pearl drops extra coins, and Amethyst whips enemies out of sight. On the way down, you will control Steven’s giant bubble to knock out any remaining foes. Well-rounded gameplay keeps the action flowing from the very beginning to the bitter end. 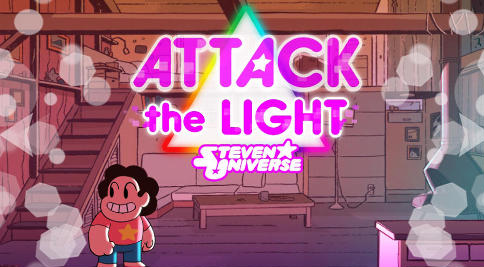 Goat Guardian is the tale of a young boy who wants to rescue his lost pet. Steven Jr., a hilariously indifferent goat, is trapped at the Sky Spire. Playing as Steven Universe, you must acquire the golden apple. As with any formidable adventure game, not everything is as it seems. In Goat Guardian, players must touch all of the golden blocks to reveal their prized fruit. Plus, villains from the TV series will try to thwart your every effort. This is a captivating platformer with tricky mini-puzzles in each level.

Steven Universe Match is essentially a Cartoon Network version of Candy Crush. As with other Match 3 games, the objective is to form rows and columns of identical tiles. You might be familiar with Bejeweled and its many variants. This addictive title is hardly any different, as it features an 8×8 grid with shiny gems. When you make a group disappear, new pieces will fill in the gaps. The timer will tick, you will hunt for bonuses, and each level is harder than the last. Although it’s not as sleek as comparable modern variants, Steven Universe Match is a sufficient gateway into the genre.

We live in an era when streaming high-quality music, movies, and TV shows is the norm. Games have followed suit, as an increasing number of developers are offering bigger-budget titles for free. Despite having licensed characters from Cartoon Network, Poki’s Steven Universe games are completely free to play. Every title in their wide-ranging collection is ad-supported. Thankfully, I did not find any of the advertisements to be intrusive or hinder gameplay. A nicely sized group of games is available right now, and it’s growing just about every day. Not every collection of games is as comprehensive or finely tuned for quality. Poki’s assortment of Steven Universe games offers the best ones at no cost.