Secretary – The Dark Hobby of Self-mutilation 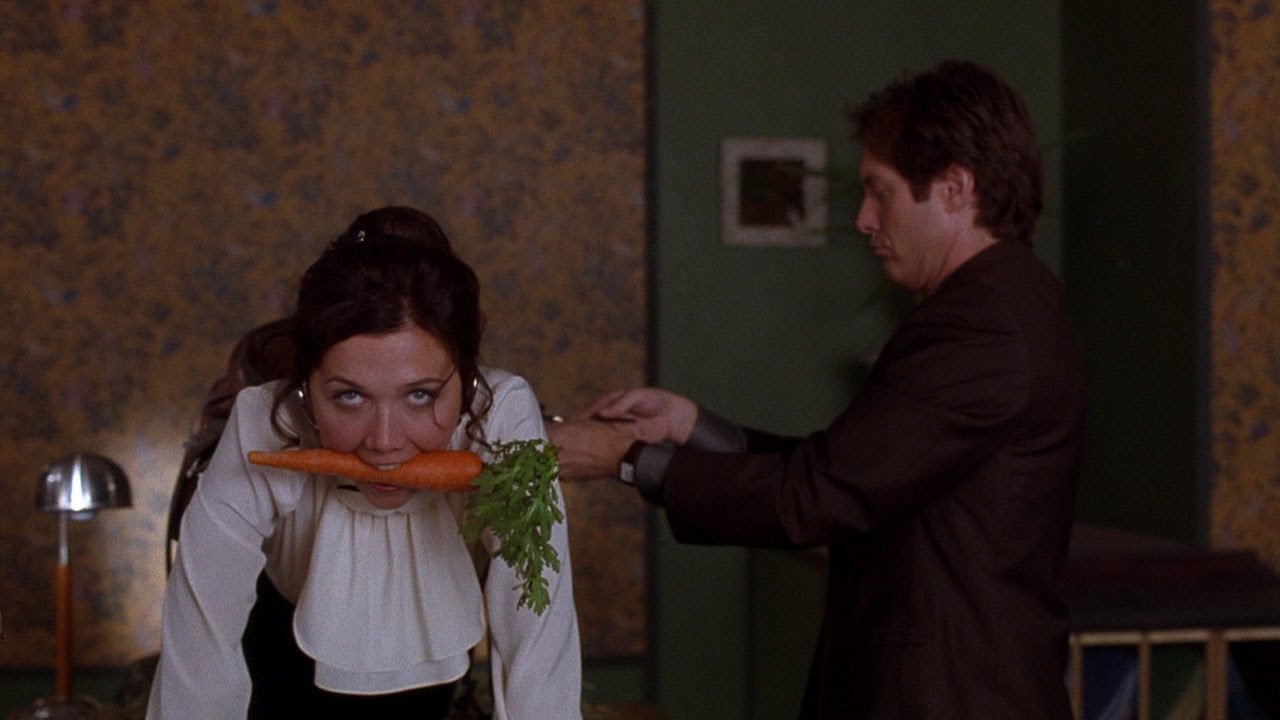 Introverted Lee Holloway (Maggie Gyllenhaal) pursues the dark hobby of self-mutilation. To be specific, she finds cathartic release in cutting or burning herself. Such is Lee’s interest in her solo sport, she’s built a special kit of sharp and pointy tools. Covered in pretty butterfly stickers, her box of tricks travels everywhere with her. However, Lee has been known to branch out and incorporate common kitchen items into her painful routine. It was courtesy of one such dalliance with the kitchen drawer that she found herself packed off to a psychiatric hospital for a nice rest.

Nice beaver…
If God hadn’t intended us to wear fur, he wouldn’t have made it come off so easy…

Secretary kicks off with the timid Lee being released from the hospital and back into the clutches of her dysfunctional life. In a desperate bid to avoid the patterns of unhappiness that have dominated her past, Lee takes her mother’s advice and enrols in secretarial school, and, upon completion, begins searching for a job. It’s at her first interview that she meets the mysterious E. Edward Grey (James Spader).

Mr Grey is a highly eccentric lawyer, with his own secret pastimes. As well as having an obsession with red marking pens, Edward has a severe secretary fetish and a heavy need for kink. After a brief interview, Edward hires Lee to ostensibly take care of his typing, filing, and coffee making. However, when his barely restrained desires get the better of him, the two oddbods are off and running in an office relationship like no other. Spanking, saddlewear, and sexual mind games meld with typing and photocopying as the pair skitter down an unusual path towards love.

It wasn’t me. I’m a vegeterian!
It was YOU! You ate the last
Egg-a-Mooby Muffin!

Steven Shainberg (Hit Me, The Prom) is well on the road to making a name for himself as a director and screenwriter, but still has some way to travel. Whilst he succeeds in deftly turning serious issues (self-mutilation and workplace sexual harassment to name just two) into an original and entertaining comic drama, he does seem to have fallen short in the area of character development. Additional screen time invested in fleshing out the main characters’ backgrounds, especially Mr Grey’s, would have contributed greatly to the story, without necessarily upsetting the film’s deliberate attempt to deliver heavy topics in a light and quirky manner.

Secretary hails the return of James Spader to the kind of creepy, yet fascinating, role that made him famous in the 1980s. Yes, he did his time as a pretty boy with likes of Rob Lowe (Bad Influence) and Andrew McCarthy (Less Than Zero), but it was as the rampant sexual voyeur, Grahame, in Sex, Lies & Videotape (1989) that he made his name. In Secretary, Spader takes a similar role to incredible new heights, proving that his thirteen year hiatus wasn’t detrimental, and that he’s still the grandmaster when it comes to playing sexual deviants. Perhaps he’ll be typecasted and will build a glistening new phase to his career, ala Christopher Walken.

Careful! Plate very hot!
Would you like to put some sweet cream in my hot and wet coffee? Um… I mean…

Also performing admirably as a sexual deviant is relative newcomer Maggie Gyllenhaal. While it helps that she’s an unfamiliar face, and therefore not associated with past goody-two-shoes roles, the lion’s share of the credit for the success of Lee as a character must go to Gyllenhaal’s talent. As the multifaceted, masochistic Lee, the 25 year old former waitress (aren’t they all?) delivers and succeeds in holding the audience’s attention, whether she’s making coffee with her mouth, narrating, or toying with a pointy thing. 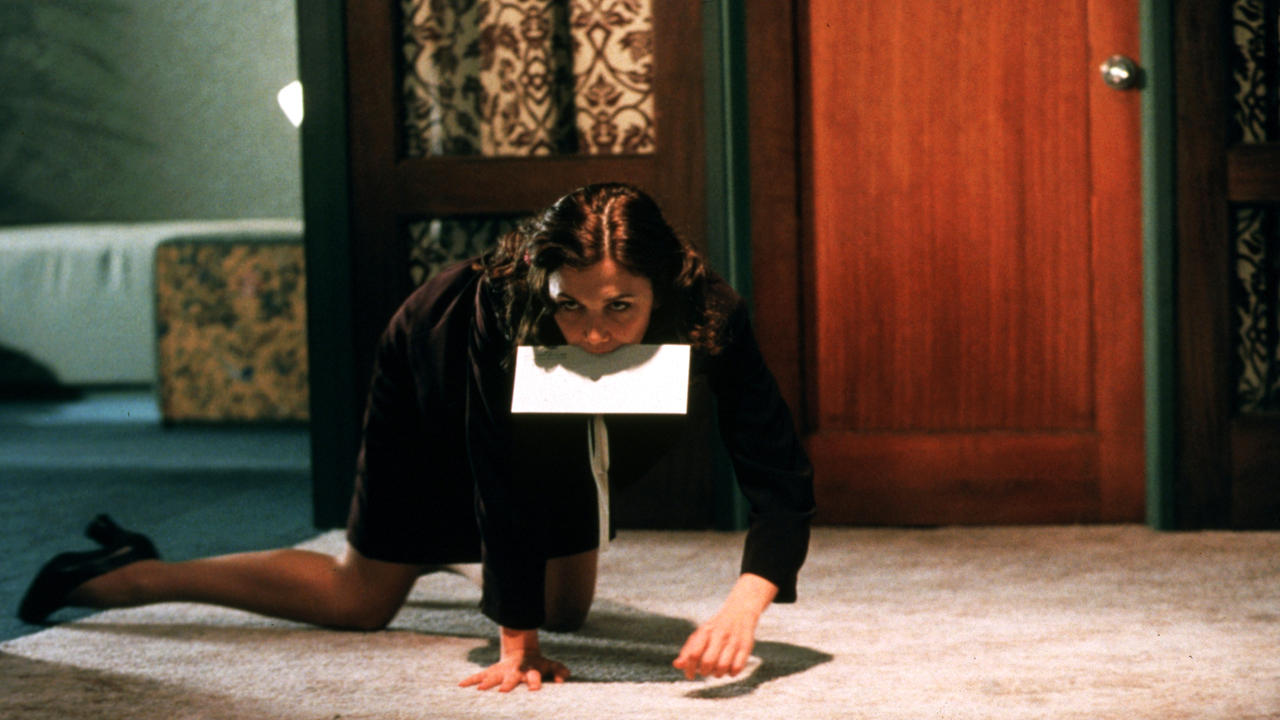 With the shining exception of the two leads, the acting in Secretary leaves a lot to be desired. Standing out are wooden performances by Jeremy Davies and Stephen McHattie. As Lee’s boyfriend and alcoholic father respectively, they generally wander and fail to contribute to the movie’s progression. In the case of Davies, his performance is somewhat a re-enactment of his irritating role as the nerdy translator in Saving Private Ryan.

Sometimes hilarious, sometimes thought provoking, Secretary is always risqué. For those who have a dungeon in their home and a subscription to Spank, this film is incentive enough to commandeer a cab and proceed with all haste to the cinema. For the rest, it may be a case of waiting for this strange love story to hit the shelves down at Blockbuster. Four monkeys for the kinksters. Three for everyone else. Overall, three and half naughty monkeys. If you’ll excuse me, I have another taxi to hijack.