If you’re familiar with the premise of this game then please bear with me while I explain it to the rest. So, in a nutshell, Rocket League is football with cars. That’s it, we’re all on the same page now. It was released free of charge, I repeat free of charge, on Sony’s PS Plus during the month of July and is currently taking the gaming world by storm. There are reportedly over 4 million downloads so far, so it will be interesting to see if developers Psyonix can maintain the interest and momentum when gamers are eventually asked to pay. 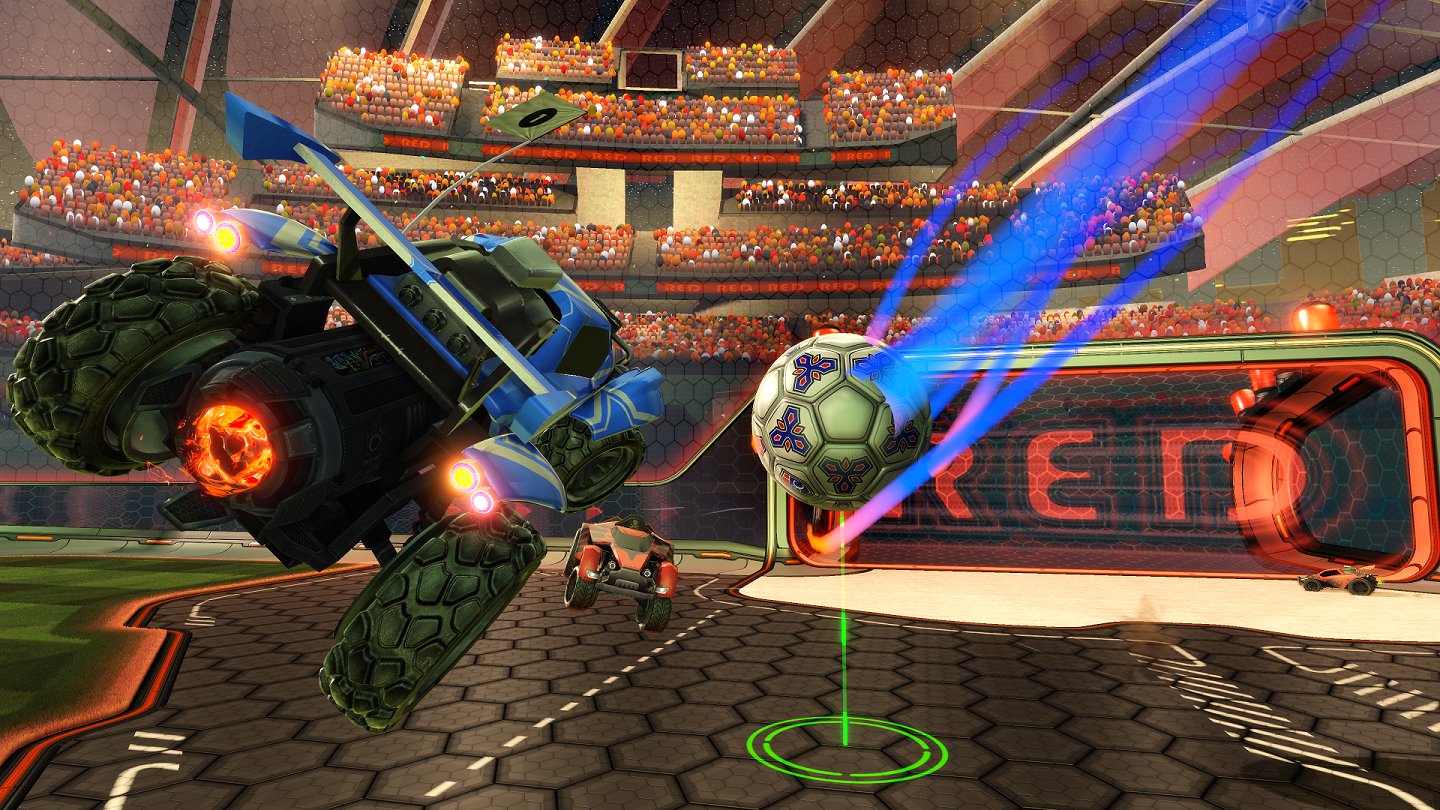 The concept is simple. Players are pitted either in one v one, two v two, three on three or four on four matches and there is just one aim: score more goals than the other team. Games last for five minutes each and if it’s a draw at full-time then a golden goal concept ensues. The main focus of the game is clearly on multiplayer modes and there’s an online matchmaker system for generating which groups will be selected to play against each other. If you don’t have enough online (or real…) friends then teams can be supplemented by bots, and it’s possible to enter a team into a tournament in season mode.

The pitch stays the same, but you can vary the surrounding stadia. With regards your car choices there are 11 models with around 150 customisation options. Seemingly, your choice of car will be aesthetic only as they all play the same but I imagine that, even psychologically, playing with a monster truck will feel different to the handling of a small saloon. Also available is the Sweet Tooth ice cream van from Twisted Metal.

If you’re not the ‘throw the instructions away as soon as the box is opened’ kind of guy/gal then there are detailed tutorials in the basic arts of shooting, defending and, ahem, flying. The controls do take some getting used to but, boy, are they fun. As expected you have handbrake turns, accelerate and reverse, but the fun really gets going with boost, which you charge up for driving over certain points of the pitch. If you successfully boost long enough you’ll become like a battering ram with the ability to destroy opposition vehicles and reset their position on the pitch. 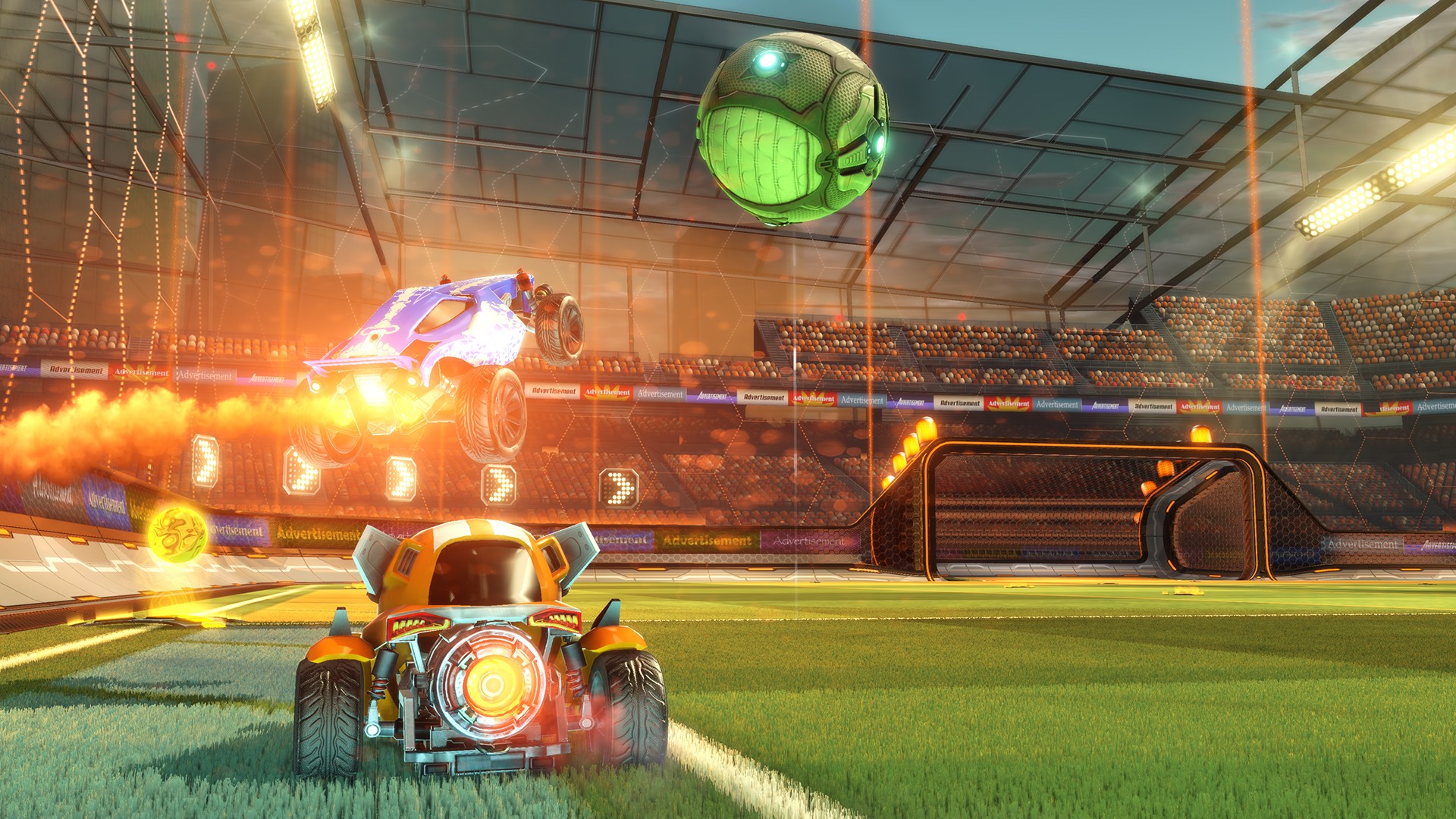 Then there are the jumps. With the mere touch of a button cars can jump to dizzying heights and perform various manoeuvres mid-air: flips, surges forward and perhaps even a bicycle kick with a bit of practice.