The great debate in video games for a while was as follows: should we pursue linear level-based design or open our games out and make them sandboxes? Both design approaches have their advantages. Linear games are more focused and allow for tighter, more controlled design. Open-world games have more potential for “watercooler moments”, those funny instances where things happen that haven’t specifically been programmed by developers. The obvious answer here is “both are great”, but the trend moved largely towards open-world experiences and linearity seemed mostly forgotten.

It’s arguable that the original RAGE, released back in 2011 as a showcase for the id Tech engine, would have benefited from increased linearity. RAGE was a game set in a massive post-apocalyptic wasteland that featured extensive buggy exploration and lots of secrets to find, but it wasn’t particularly compelling as a sandbox. The world was huge, yes, but it was largely empty, devoid of things to do. Bethesda and new developer Avalanche Studios (along with id Software, of course) are trying to address this complaint with a sequel. Is RAGE 2 the balm for its predecessor’s problems, or will it simply bring new ones of its own?

Unlike the first RAGE, the second game allows you to choose between a male and female protagonist. The choice doesn’t change anything significant, which is definitely for the better; it allows players to cast themselves as the wanderer in this hostile wasteland without worrying about gender stereotypes. Players control Walker, a ranger who’s out for revenge. In many ways, the narrative of RAGE 2 isn’t really worth dwelling on beyond that point. Walker isn’t a complex character, and for the most part, the folks he comes across while ranging the wasteland aren’t complex either. RAGE 2 is a simple tale told reasonably enough. It won’t win prizes for its storytelling, but it gets the job done.

Of course, the story isn’t what we’re all here to see when it comes to an id Software and Bethesda shooter. They’ve been working to perfect a vision of tight, punchy combat that harkens back to their classic ‘90s titles like DOOM and Quake. This work has been ongoing since 2014’s Wolfenstein: The New Order, and it’s possible to see its fruits in that game’s sequel. Still, the most clear and successful expression of what id wants to achieve in a shooter is arguably 2016’s transcendentally brilliant DOOM. The two devs have clearly learned a lot of lessons from that game, so of course RAGE 2 has the same cathartic and explosive combat on show. 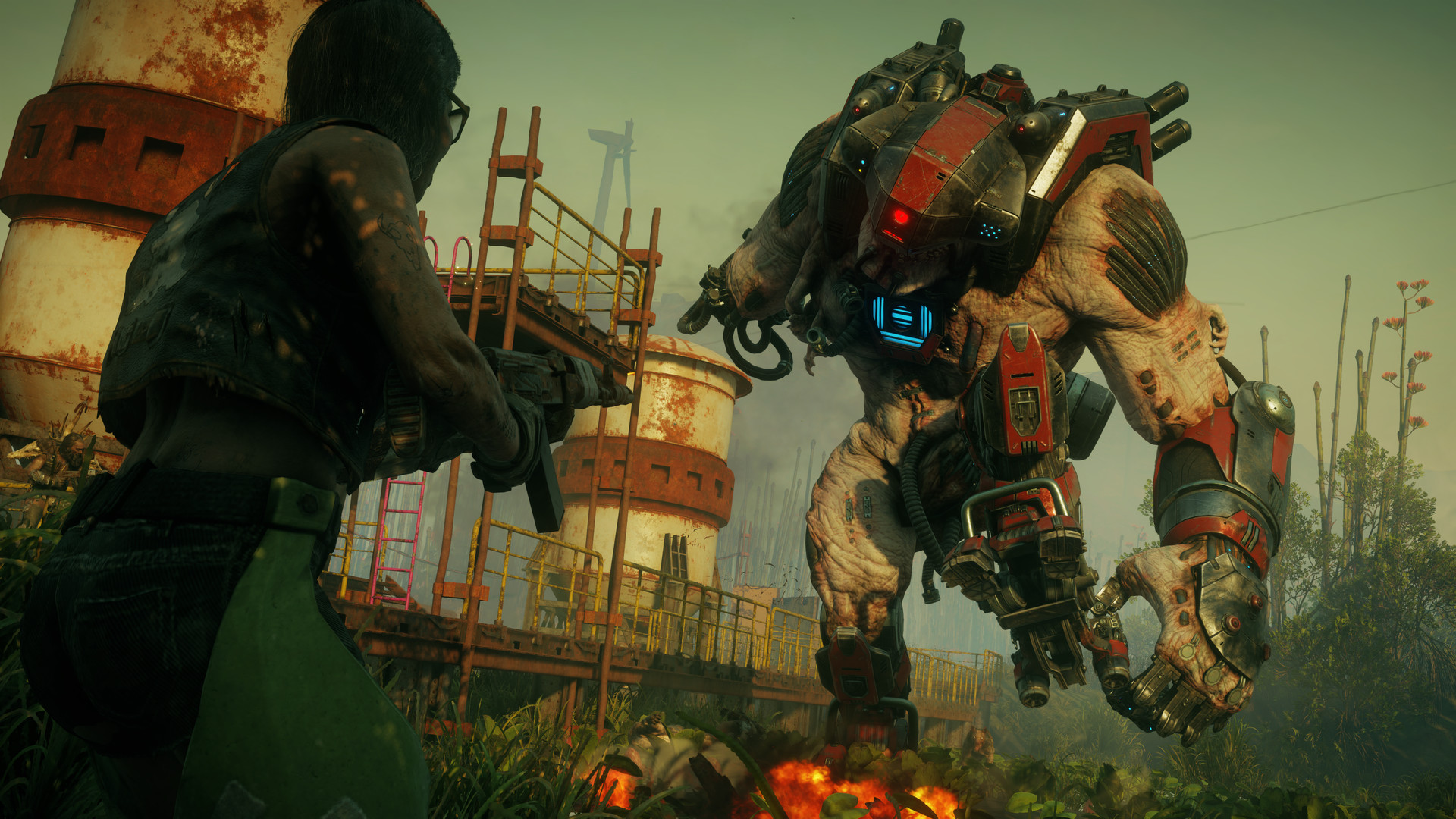 The other moment of glory for RAGE 2 is vehicular combat. There’s a more extensive car customisation system on offer this time around, and it’s possible to mod up your car to make collisions and organic buggy encounters out in the wilderness that much more satisfying. In the first RAGE, car combat was frustratingly floaty and difficult to handle; this time around, it’s clear more attention has been paid to the mechanics of each encounter. Driving in RAGE 2 feels great, and battling others in their monstrous death vehicles brings us as close to feeling like we’re in Mad Max as we ever have (sorry, 2015’s Mad Max video game). 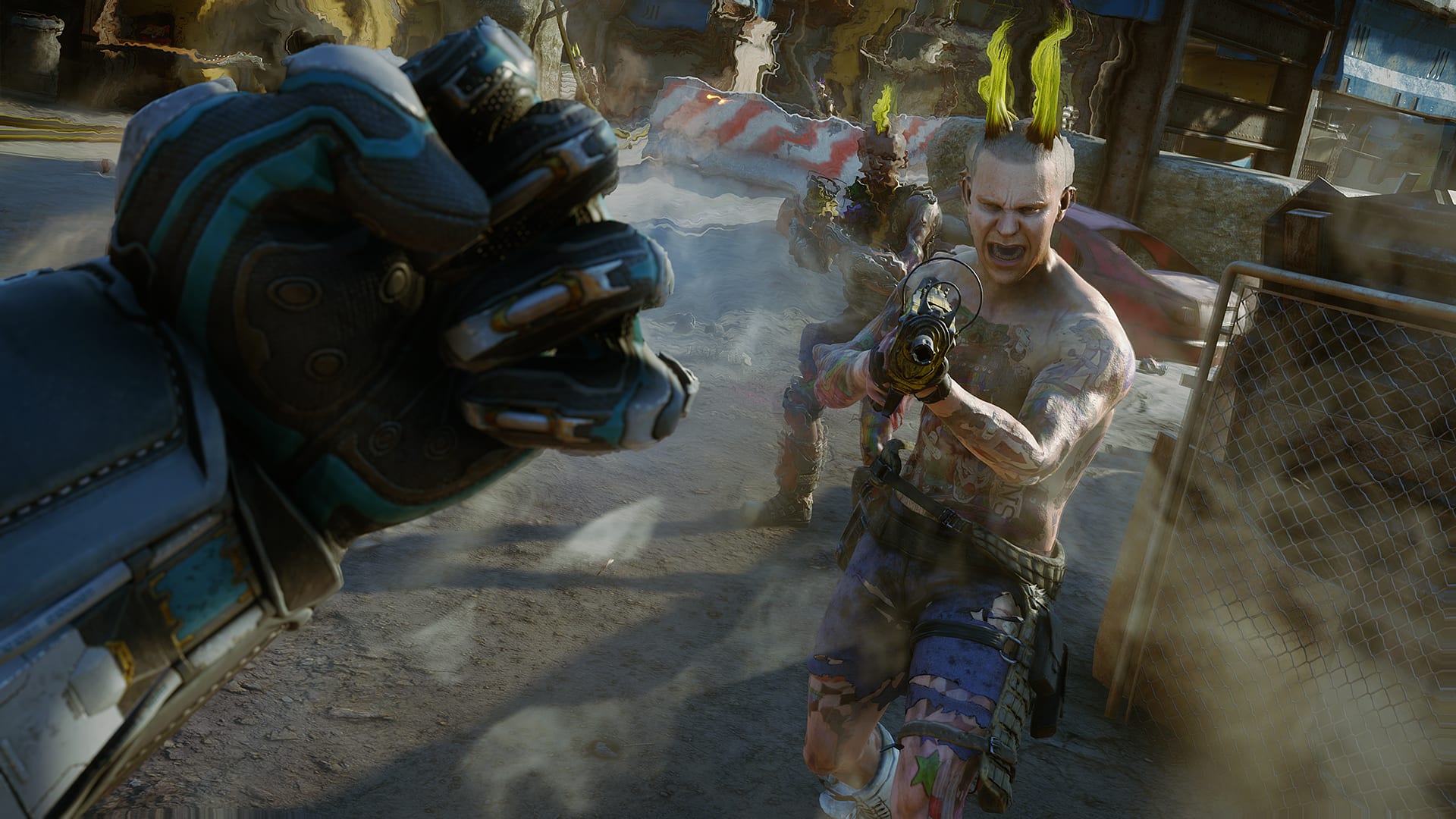 Problems there are, though, and they pretty much stem from everything that isn’t these two aspects. The much-vaunted special powers are certainly satisfying the first time, but they’re not particularly well-balanced. Some of them will end combat encounters before you’ve had time to cough, while others just sat in our arsenal and we never used them (sorry, Focus, but we just don’t think it’s working out). It’s hard to feel like they’re more than just ancillary nonsense, something else to pad out the combat when the moment-to-moment shooting isn’t proving quite enough.

Unfortunately, that’s quite often. RAGE 2 simply has no business being an open-world game. There’s nothing to see in its world, and the side activities that are on offer are little more than diversions. The game briefly does come to life when you’re exploring Ark locations to find new powers, but for the most part you’ll just find yourself mindlessly drifting from objective to objective. The points of comparison with 2015’s Mad Max are sadly numerous; that game also had a problem with bland, samey sandbox design. We don’t take any joy in criticising RAGE 2 for its empty open world, but it’s impossible to play this game and not feel like it could have been more. 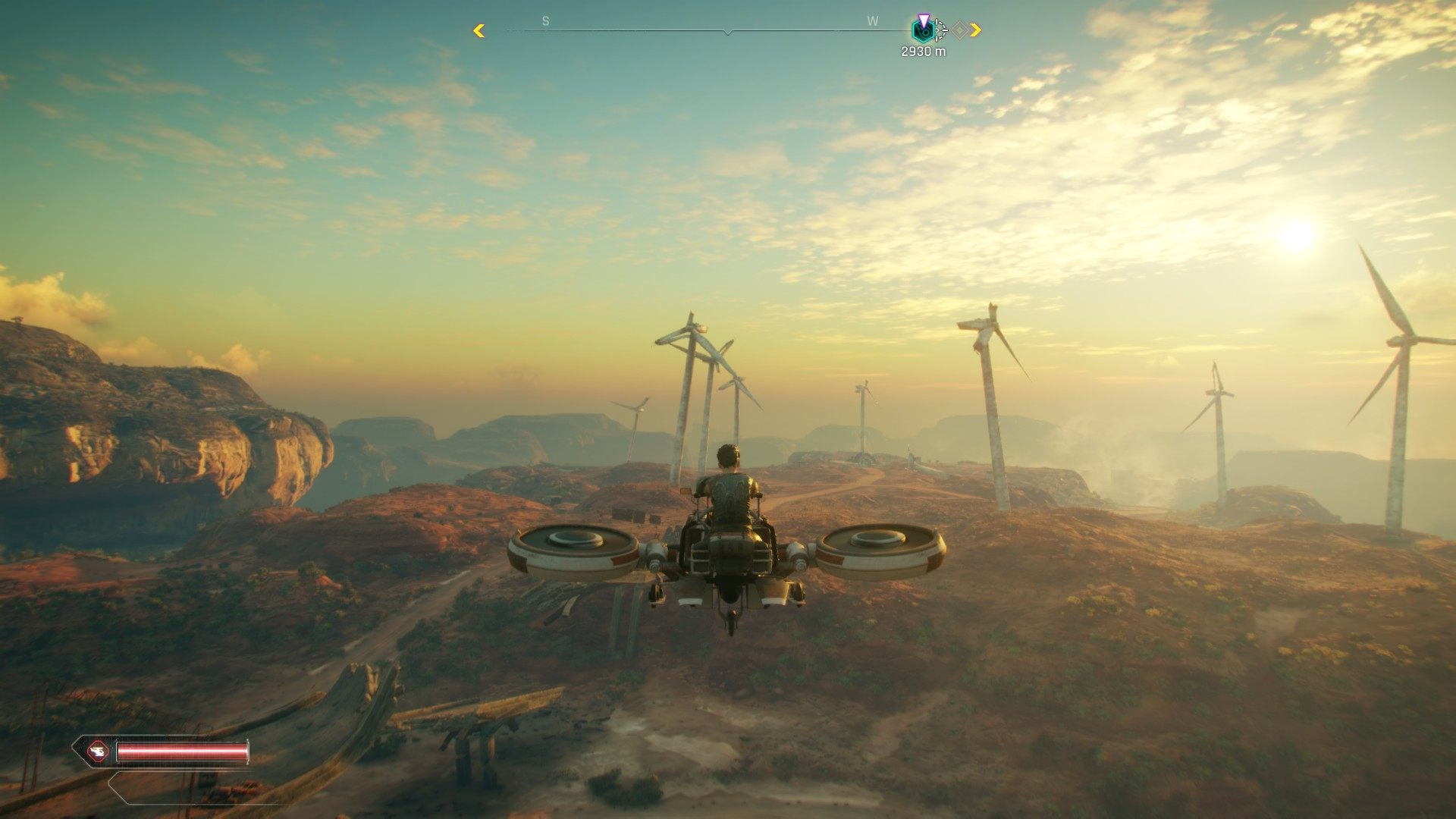 If RAGE 2 was eight to ten hours of tight, focused corridor shooting like 2016’s DOOM, it could easily have been game of the year. It’s easy to imagine a version of this game that didn’t feel beholden to a trend that died years ago. Avalanche Studios’ open-world pedigree should combine with id Software’s incredible shooter skill to create something special. Instead, the two games just feel awkwardly mashed together and neither of them is bringing the fire like it should. RAGE 2 isn’t a bad game; at times, it’s even a good game and sometimes a great one. It’s just not great quite often enough.