As an aspiring game developer, you’re probably often thinking about the subtle but masterful ways that games get players emotionally invested in the narrative. You’ve also likely realized that “atmosphere” is the medium through which games typically induce emotional immersion. So what elements create immersive atmosphere, and how does a developer sustain the player’s immersion throughout the gameplay? While the answer is manifold, we’re going to pay special attention to the function of sound cues in video game development.

The purpose of atmosphere

When we talk about the “atmosphere” of games, we’re usually describing our overall experience of exploring and interacting with the game world. Many elements of design and detail combine to create this emergent sensation, it is also necessary that these details and elements remain consistent throughout the game. Game world atmospheres cannot be sustained unless it is cohesive. Graphically, the use of lighting, colours and patterning can direct our attention towards features put in place to evoke particular emotions such as fear, dread, levity or calm.

Musically, terse violin strokes are commonly employed to convey stress or tension, while strings playing slow major chords ease the player by letting them know they are safe and sound. The soundtrack to Legend of Zelda games will regularly put you at ease, while the Silent Hill soundtracks will put you in no doubt that horrors are ever-present. Sounds effects can also signal actions, like opening an inventory. Alternatively these sounds can signal rewards, such as the famous 1up sound effect of the Mario games, or the clinking of coins when you activate Rainbow Riches Rainbow Riches cheats.

The function of establishing this kind of atmosphere in games is to grab your attention and pull you into the game – immersing you into the world and presenting it to you as your character perceives it rather than the way in which you as a player might regard it. In other words, while playing DOOM, for example, you as a player are of course safe and sound. Yet DOOM creates such a great atmosphere that you can “feel” the exhilaration and brutality of your avatar as you roam from level to level exploding demons. 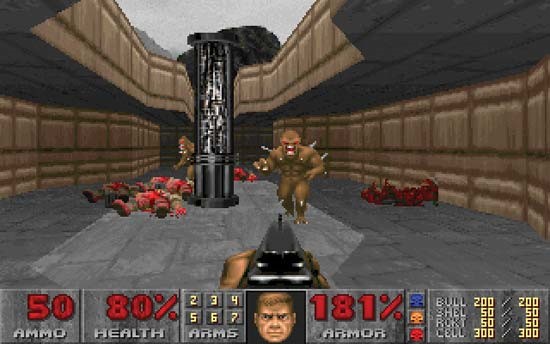 When a game lacks atmosphere

For certain games, atmosphere is less important. Take the game political strategy games Democracy, which seeks to evoke rational thinking, and allow the player to strategize devoid of too many emotional influences. Immersion is not necessary for this game to be enjoyable – in fact the games are as popular as ever, with a Democracy 4 scheduled for release this year. As for other strategy games, or RPGs, some players like to “metagame”; to regard the game as essentially mechanical or intellectual challenges and to entirely refrain from engaging with them emotionally. In video games rich with atmosphere and detail, developers seek to prevent players from “metagaming” – and atmosphere is the tool through which they do so; by evoking emotion in the player.

Classical RPGs like Baldur’s Gate or the more recent Divinity Original Sin 2 frequently invite the player to respond to moral or personal dilemmas or choices. These range from simply selecting with whom to go adventuring in e.g. Dragon Age: Origins to determining the fate of entire species of aliens in the Mass Effect series. A player that is heavily immersed into the game will find it emotionally engaging and indeed rewarding to interact with these kinds of decisions, while a player that is metagaming will instead base their decisions on what is most likely to provide the greatest mechanical benefit in-game, such as the best new weapon or stat boost. 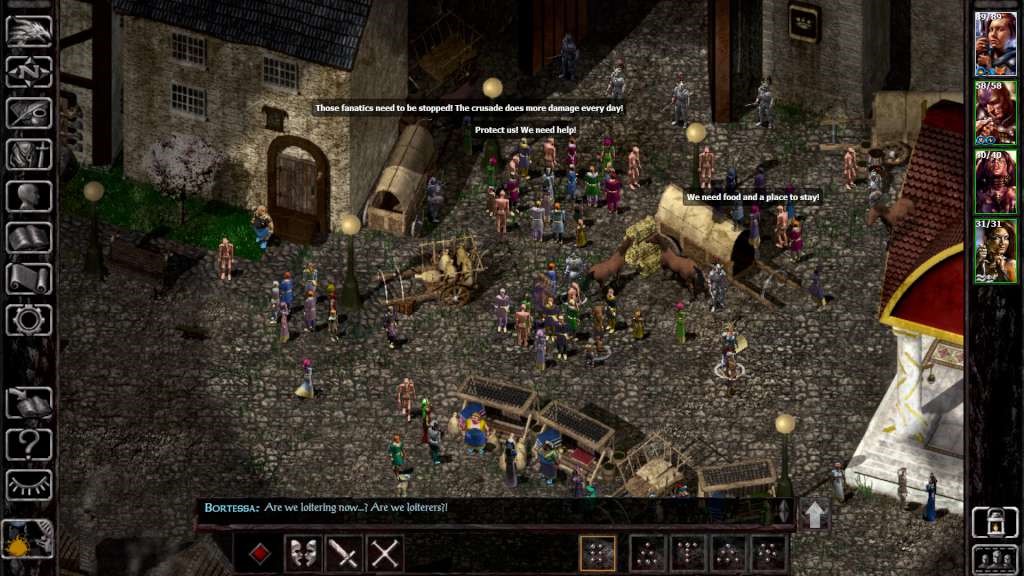 How to use sound cues for player immersion

One of the more subtle ways this is achieved is through the use of vocalization cues and passive dialogue. The most basic form of these cues are the “effort noises” that our characters make in basically every game to convey weight, strength, injury or pain. It is no coincidence that the two strongest games of last year, God of War and Red Dead Redemption 2, make ample use of these cues to draw the player into their characters. Kratos grunts and groans help us, the player, feel the strength in his axe swings and the speed of his dodges. In Red Dead Redemption 2, Arthur Morgan’s weight is conveyed to us through his heavy-sounding footsteps, and the groan he makes as he pulls himself up onto his horse. Through small details like these, we are brought closer and are more acquainted to our characters.

On reflection, it is rather odd when our player characters talk to themselves – after all, they are supposed to be embodying ourselves, the player, in the game world. So when Geralt mutters to himself under his breath about clues while investigating traces of a monster, the game is of course speaking directly to us through ourselves. This weird phenomenon mostly serves the purpose of letting us explore the character we are inhabiting through their own internal monologues. Sometimes, however, it is utilised in other clever ways. In Apex Legends, for example, the characters’ exclamations, often directed to no one other than themselves, can inform (chiefly newer) players about fundamental game mechanics and thus act as a form of tutorial or introduction to the game. 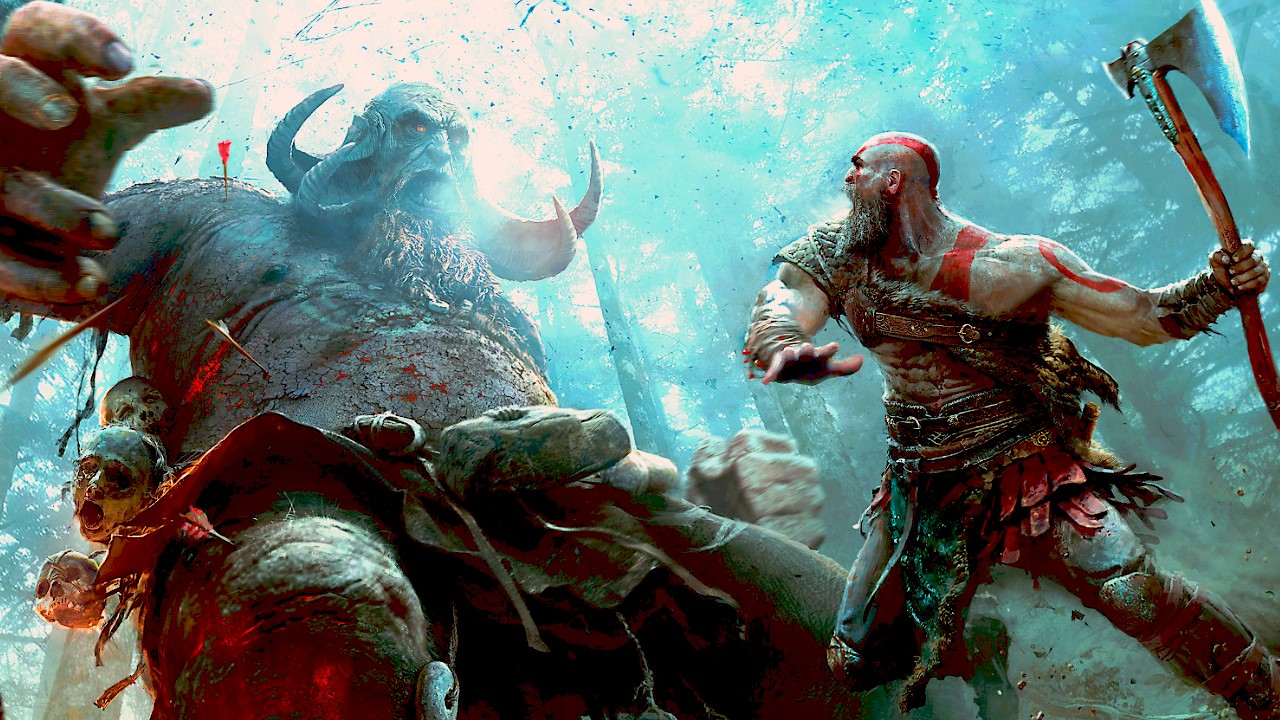 The detail in dialogue

In games where we are accompanied by AI-controlled companions, the dialogue between our avatar and these supporting characters is often very important for developing the story and enriching the atmosphere of the game. In God of War the discussions between Kratos and Atreus, for example, are our primary window into the mindset and worldview of our protagonist. Not to mention Mimir’s stories that keep us entertained and fascinated on all those long boat journeys, and which most of all teach us the lore of this new setting! The Last of Us also uses such dialogue to convey to us the emotional life and reflections of our player character, immersing us into the game.

Even in games where our companions are not AI-controlled, passive dialogue generates the atmosphere of the game by differentiating and defining characters. Despite having a largely optional story, the zombie-killing heroes of Left 4 Dead nevertheless inform us of their backstories and personalities through largely randomly appearing conversations and comments. Left 4 Dead also makes excellent use of exclamations from our characters when they run low on ammunition or need cover that more often than not mirror our fears and wishes as a player. Having your character stressfully shout out that they’re down to their last clip while you yourself are worrying about the same thing reinforces the connection between player and character and breaks potentially emerging metagaming.

Next time you sit down with your favourite game, or one in which you find the atmosphere particularly captivating, consider what kind of vocalized sound cues are used to reinforce your connection to the game world. More often than not, the games with the most acclaimed atmospheres are those that contain the greatest number of thoughtful details such as in the ones listed above. Understanding the function of sound cues will help you incorporate them creatively into your own game development.