Ask yourself this one simple question – how long has it been since you played a really good recently released video game devoted to billiards? Strangely enough, the modern era has been a bit of a wasteland for those with a penchant for pool, with very few offerings emerging at all (and those that do are usually on PC or some mobile device, etc.) Pure Pool is quite different of course. For starters, this game is both an excellent complete simulator as well as a stylish send up that’s meant to place you in an actual pool hall experience of sorts. 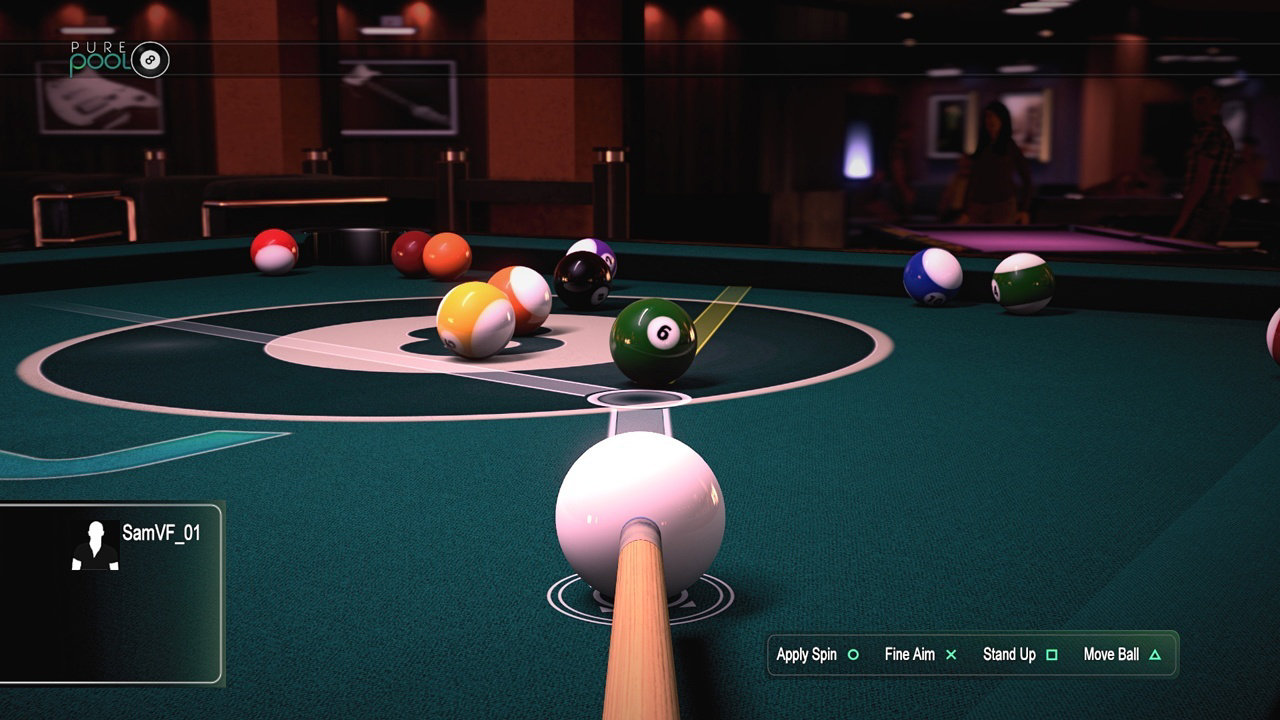 Aside from its wonderful camera angles, graphics, background animations, setting and sounds / music, Pure Pool delivers solid mechanics which simply shine on 8th generation consoles. While you’re lining up shots a really engrossing and altogether pleasant smooth jazz / r&b soundtrack soothes you, which is an incredibly nice touch to say the least. Perhaps even better though are those moments when the music temporarily dies down and we hear all the background chatter from the virtual pool hall’s digital patrons. It’s these kinds of little touches which make the game well, magical.

Those with a desire for the long game will undoubtedly want to dive straight into the game’s career mode, which pits you against a series of computer opponents, each one perhaps a bit more daunting than the last (but not always). In terms of what’s best to mess around with, it’s pretty much a toss up between this career mode and the online element, which is also ripe highly enjoyable.

Hands down however, the most appealing aspect of this title has to be its visuals, which are nearly completely photo-realistic at times. Clearly developer VooFoo Studios put an incredible amount of time and effort into polishing up this aspect of Pure Pool, but hen again that’s something we’ve come to expect from them through the other games they’ve previously released. Again, the basic idea was / is to place you in a virtualized environment that not only feels and looks like a real upscale locale, but also do it with mechanics which might help to improve your actual game. Speaking of which, the highlight system that’s used is more than adequate for helping you to line up shots (without too much strain), but at the same time it doesn’t really ever get in the way either. 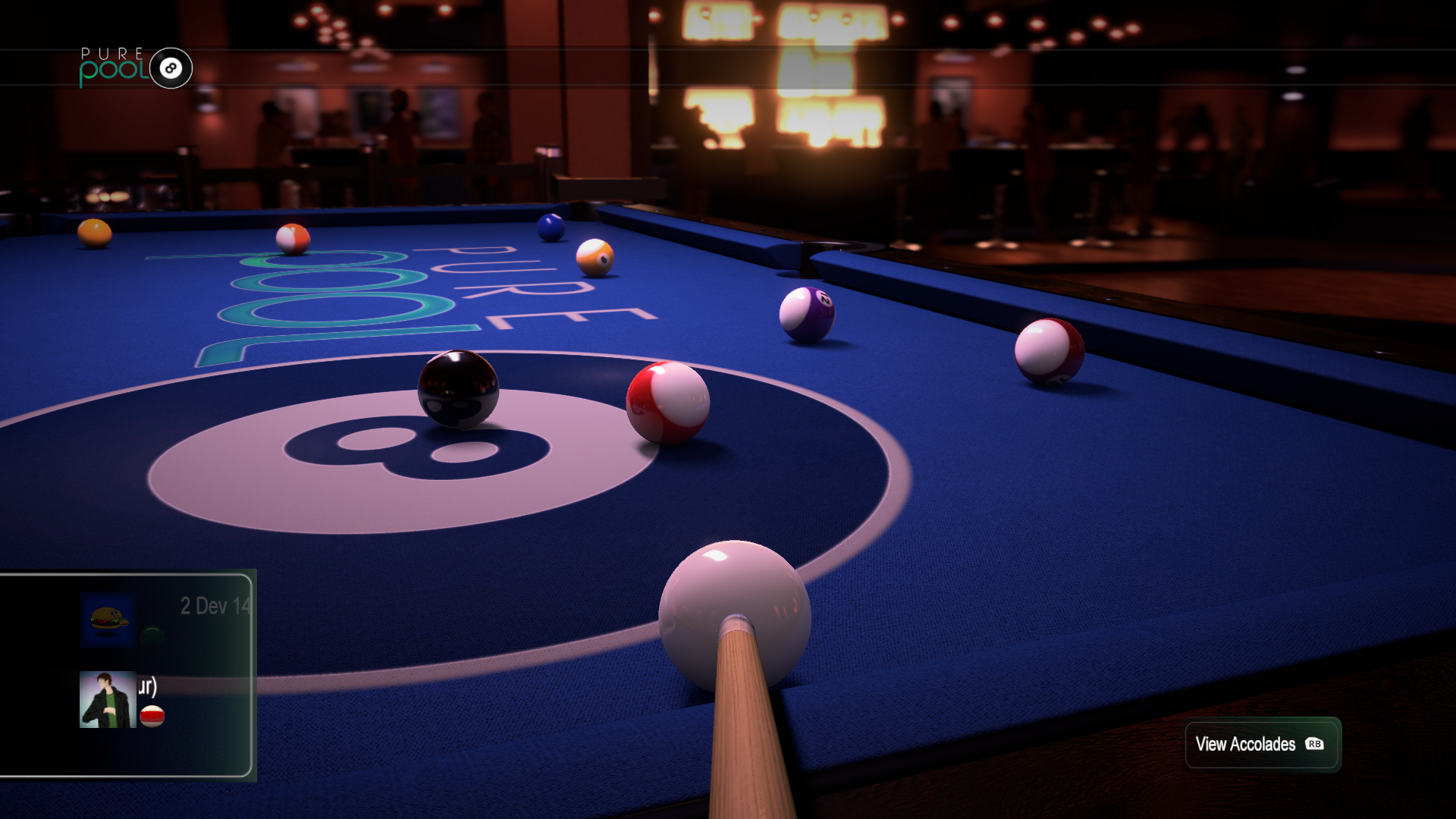 The bottom line is that Pure Pool is an awesome-looking, highly addictive, feature-rich billiards experience which fans of the sport will certainly flip out over (if they haven’t already). It’s pretty much the closest you can currently get to playing physical pool at a table without actually picking up a cue. Likewise, with its online features and dynamic computer-controlled opponents, you can pretty much revisit it as often as you’d like and always feel as though the competition is fresh. Most are going to be immediately floored by how the title looks (splendid).   This game comes highly recommended for all PS4 owners, particularly those who are into sports and more “classically” themed games.