By GamerBolt Team
May 17, 2017
FeaturedPCPlayStation

From the developers of the Dishonored series, Bioshock 2, and Call of Duty: World at War; Arkane Studios and publisher Bethesda Softworks; Prey is a first-person sci-fi survival game with enough unique qualities to set it apart from others within the genre. You play as Morgan Yu, with the option to choose between male and female, a scientist joining his, or her brother’s team aboard the Talos 1 space station on the morning of March 15th, 2032.

After a beautiful introductory sequence helicopter ride, you arrive at a TransStar facility where you’re greeted by your brother Alex. He thanks you for agreeing to come on board and the security guard lets him know they are ready for you in the next room. You proceed through a series of physical tests where the scientists on the other side of the glass ask you to complete a task but as you progress it becomes clear they’re not getting the desired results. The last room contains a computer monitor with a short questionnaire, as you begin, the head scientist asks his assistant for a cup of coffee, while answering the final questions you’ll notice a swift movement near the scientist. Confused, he picks up an empty mug, when it transforms into a dark spider-like creature and starts to drink from his life force. Gas begins to fill the room you’re in and you pass out. 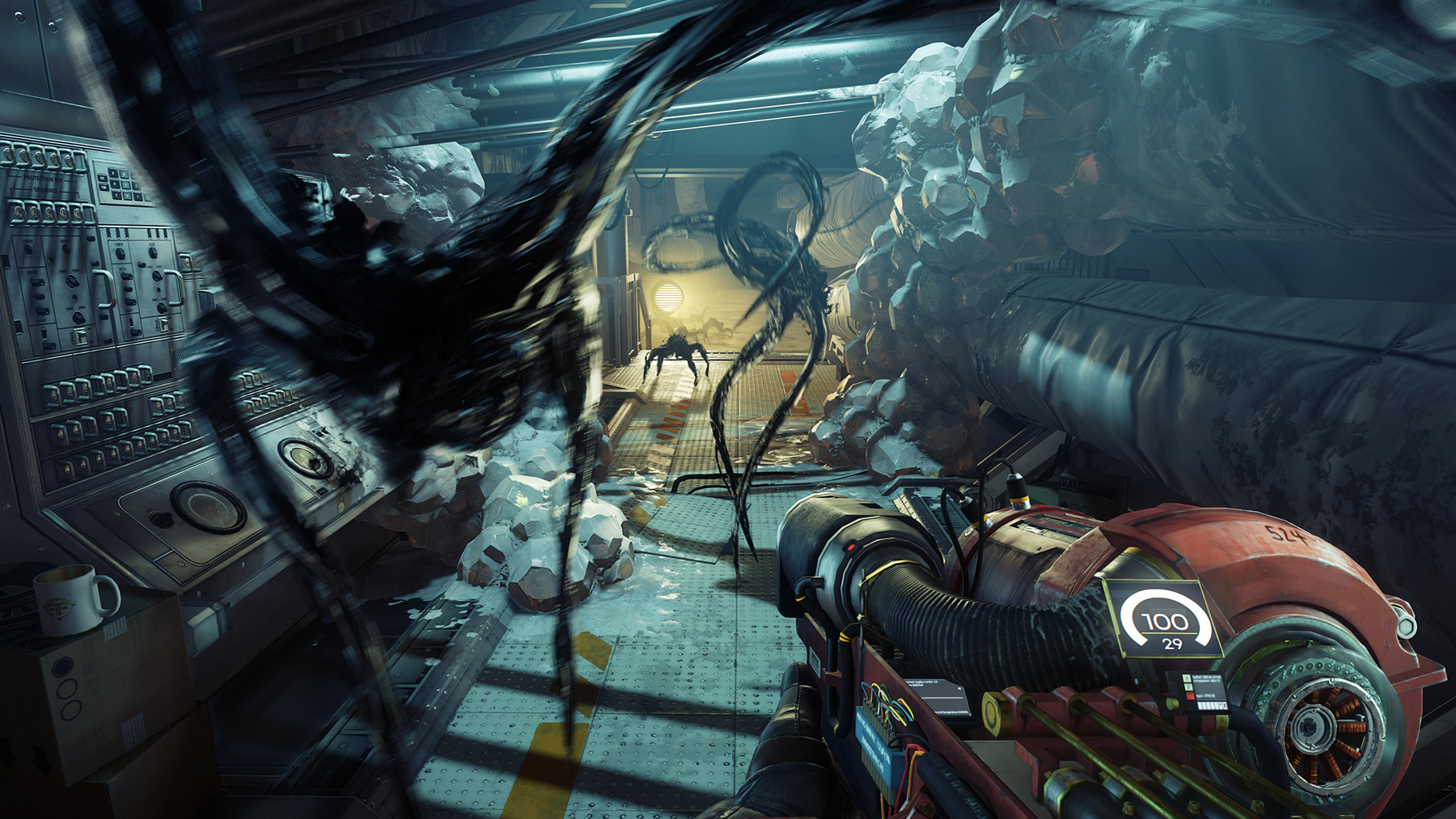 You wake up in your bed and your alarm informs you it is March 15th, 2032 as if your day has been reset. You gather your things and exit your apartment again only to find a dead maintenance worker, her wrench, and the hallway that was there yesterday is now a wall. You head back inside your apartment and look around for another way out. The sliding glass door to the balcony is jammed, in a panic you smash the glass with the wrench and simultaneously shatter your reality. Beyond the broken glass is a high-tech lab filled with machines but devoid of human life. You begin to wander the surrounding area, uncovering the entire previous day’s events were in fact advanced technological facades. The helicopter only a simulation within the center of the lab, your supposed apartment building’s hallway and the TransStar facility nothing more than interchangeable charades. As you turn a corner a chair suddenly seems to move on its own. Cautiously you approach with your wrench clenched tightly in your hand, swinging just as the chair shifts and springs toward you leaving a pool of black plasma spilled across the floor. 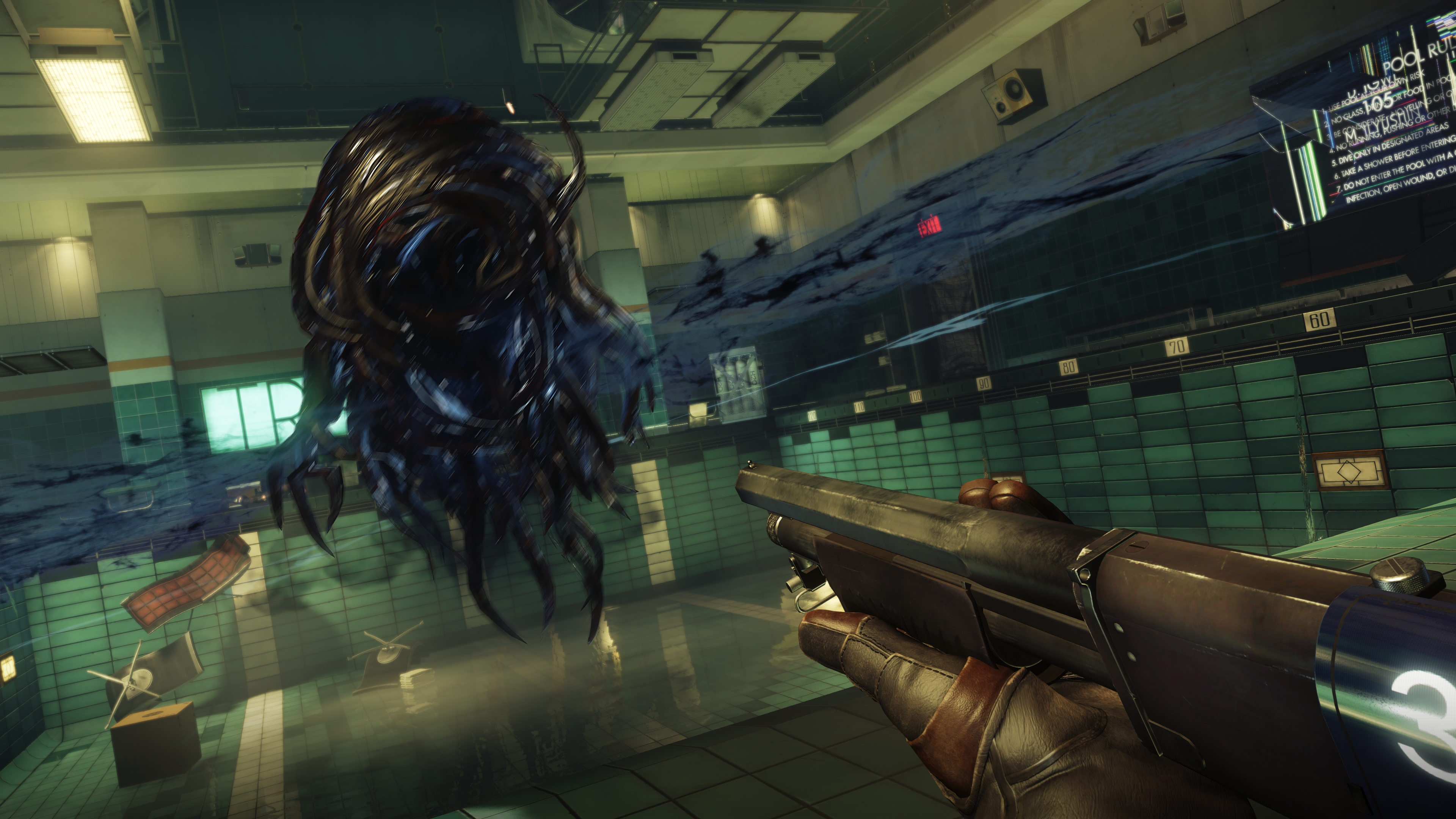 This is just the beginning of this dark, twisted, mind-boggling tale about an alien invasion aboard a space station and you are the only one who can stop it. Prey delivers with startling gameplay sure to creep up behind you, catch you off guard, and tear you apart without a second thought. Your mission is clear but your path to success is up to you. With unique superhuman attributes that will increase your survivability, and devastating extraterrestrial powers that will consume you as well as your foes. The enemy is stronger, faster, and far more sinister than you can imagine and your chances of survival are low, but the fate of humanity rests in your capable hands and you must succeed. If even one creature breaks free from the containment of Talos 1, it could mean the end of life on earth. Prey is an epic story driven, ammo hoarding, med-kit fabricating, wrench swinging survival masterpiece.

Another impressive release from Arkane Studios and Bethesda Softworks, guaranteed to be a favorite in any fan’s collection.