By GamerBolt Team
February 5, 2012
Other

Sports games are judged not only on on how they rank against their competing franchises, but also how their footprints compare to those left by last year’s version.  Nothing fundamental or game-changing (besides a player lockout) happened to the game of basketball between 2011 and 2012, and NBA 2k11 was a pretty solid game with a lot going for it.  Do you really need to spend sixty bucks all over again on this year’s basketball game?  In a word: yes.  In terms of functionally converting dollars to fun, even stacked up against last year’s edition, 2k12 is worth it.

NBA 2k12 is not an easy game, to be sure.  It’s not quite the Falcon 4.0 of sports games, but the learning curve is steeper than you might expect.  You might, if so inclined, consider this the thinking man’s basketball game, which is a pretty inadequate description and doesn’t cover half of what makes NBA 2k12 fun, but the point is that it doesn’t emphasize aggression, stats, or relying on one key player to get the job done.  (Jordan Challenges, this is not.)  You’ll have to use your head to beat the game’s defensive moves, or to prevent the opposing team bringing the ball downtown for an uninvited visit  Partially, this is because NBA 2k12 gives you  unprecedented player control, and isn’t shy about letting you pass or fail on your own merits.  You have nearly complete control over your player’s footwork and shooting stance, which translates into more responsibility for you, the player, to succeed or fail on the merits of your own skills with a gamepad. 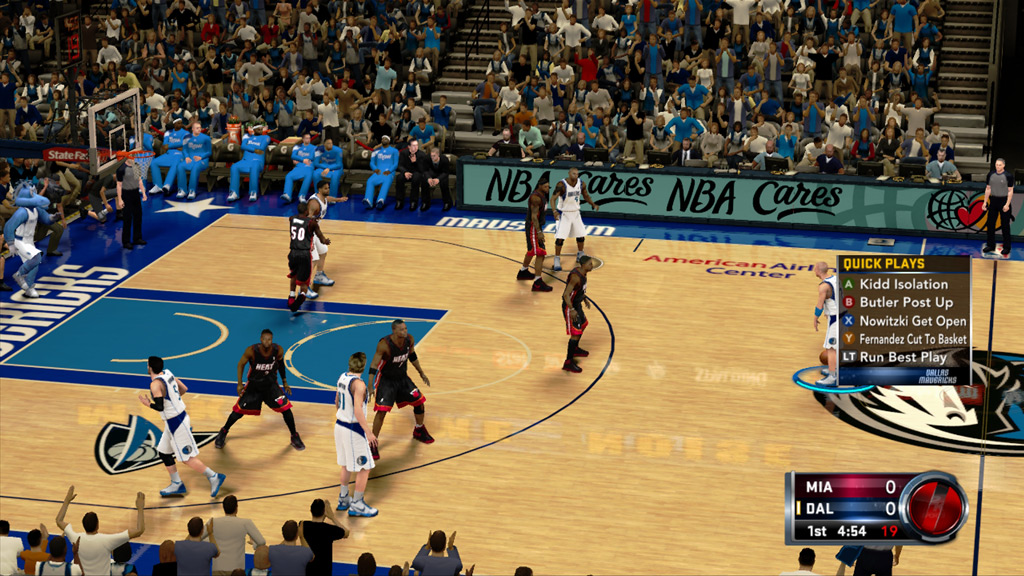 Learning to anticipate the AI’s rhythm of blocking and jumping, for example, is a talent that has to be developed, in part because all of the players do feel startlingly unique.  This makes the timing of your shots, and the associated level of accuracy with which you can control the shooter, even more critical – especially because all of the players feel startlingly unique!  Everyone’s got a different rhythm and responsiveness in different situations.  Making 3-pointers with Dr. J is not the same as making them with Kobe Bryant; neither is running, passing, or making layups.

In a (nother) word, though, what makes NBA 2k12 stand out against the crowd is how slick it is.  Every aspect of the game is presented with such polish and attention to detail, you can almost glimpse that one, far-off day when we’ll experience honest confusion, on occasion and within reason, about whether we’re watching real people do a thing, or seeing a simulated CGI recreation .  (Almost.)  Apart from a few egregious outliers, the player models are strikingly accurate and convincing, and their movements and animations  match the finesse with which you’re required to control them on the court.  From the announcer’s varied, appropriate, and seamless commentary, to the old-school-TV camera filters on the historical matches, 2k12 is a wealth of attention to little details that add up to a completely immersing game experience. 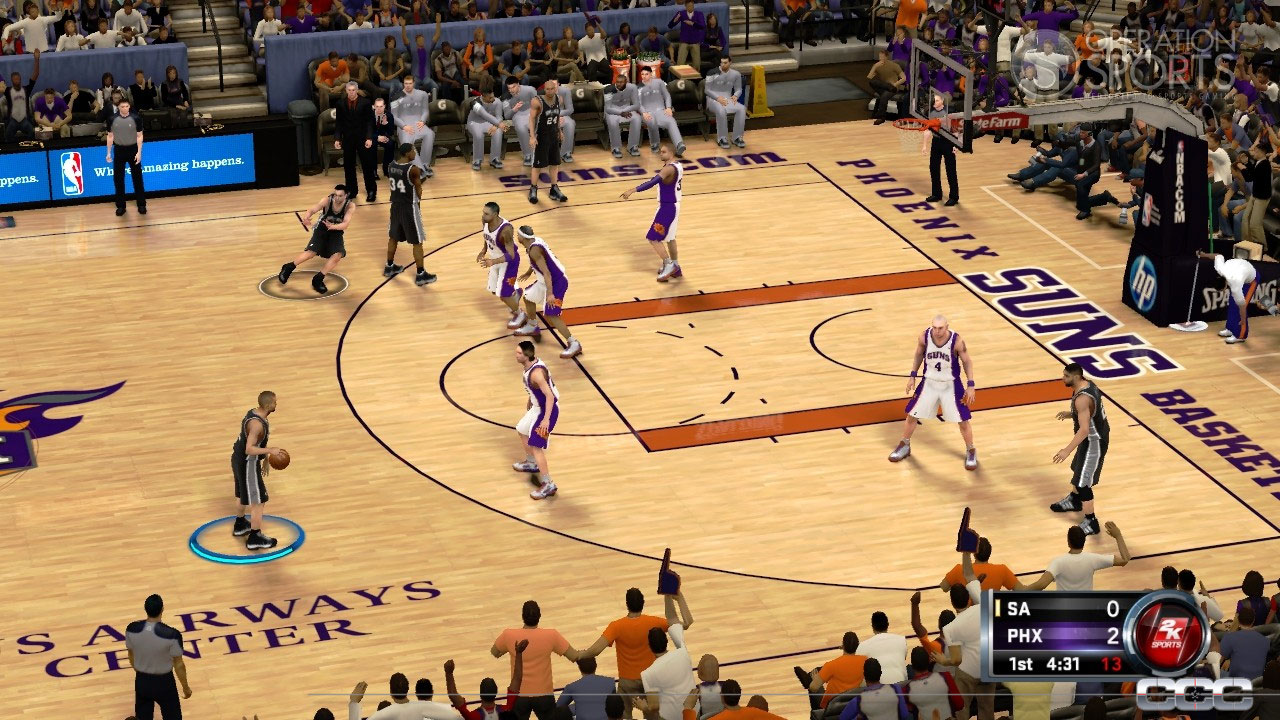 Nowhere is this more apparent than the “My Player” mode, which ditches training and introductory games and puts you right on the spot for one all-important performance that will determine your draft options.  The negotiations with managers, their seeming interest and capricious rejections feel genuine and believable.  As you listen to the play-by-play gushing or condemning your performance under the net, as your player grows in skill and becomes a functional link in a chain of  progressively better and better athletes, you’ll get attached, invested, proud of your accomplishments and embarrassed at your failings – especially because the game makes you work for every point.   If you make it to the Hall of Fame at the end, it’s an accolade you’ll have earned in every sense.

For those who’d rather assume the role of a GM, the Association mode is also a joy to play – it’s a thrill to take an essentially defunct team and watch the seats swell with newly interested fans, hearing them cheer and jeer at the players you’ve selected.  Online play for the Association  mode is also possible now, opening up a whole new realm of possibilities as you pit your lovingly pruned franchise against your friends.