By GamerBolt Team
December 2, 2011
Other

Oooooooh.  Shiny.  Sorry, don’t mind me; the Anno series tends to have that effect on me.  These games sure are pretty.  And Anno 2070, taking place as it does in the not-too-distant-future, is outstandingly beautiful.  Besides having plenty of pretty sci-fi buildings to look at – the squeaky-clean, curvaceous skyscrapers of the Ecos, or the delightfully dingy, smoke-spewing factories of the Technos – Anno 2070 lets you build anywhere you like, including under the gorgeously rendered water.  Sorry, I drooled a little there.

Although, it’s worth pointing out here and now that style over substance in city-building/resource-expansion games does not make for winners.  Of all the SimCity titles, SC2000 remains a personal favorite, and arguably the highest-regarded of the series, because it worked balanced mechanics into a graphical framework that was clear, manageable, and pretty to boot.  Looking at screenshots of Anno 2070, you will undoubtedly be seduced by its graphical wiles; the big question is, will this be the kind of seduction that leads to a pleasant pancake breakfast and dinner plans the following evening, or will you instead wake up to a missing wallet, misplaced underwear, and the belligerent shouting of an angry, jilted, heretofore-unmentioned and possibly armed spouse? 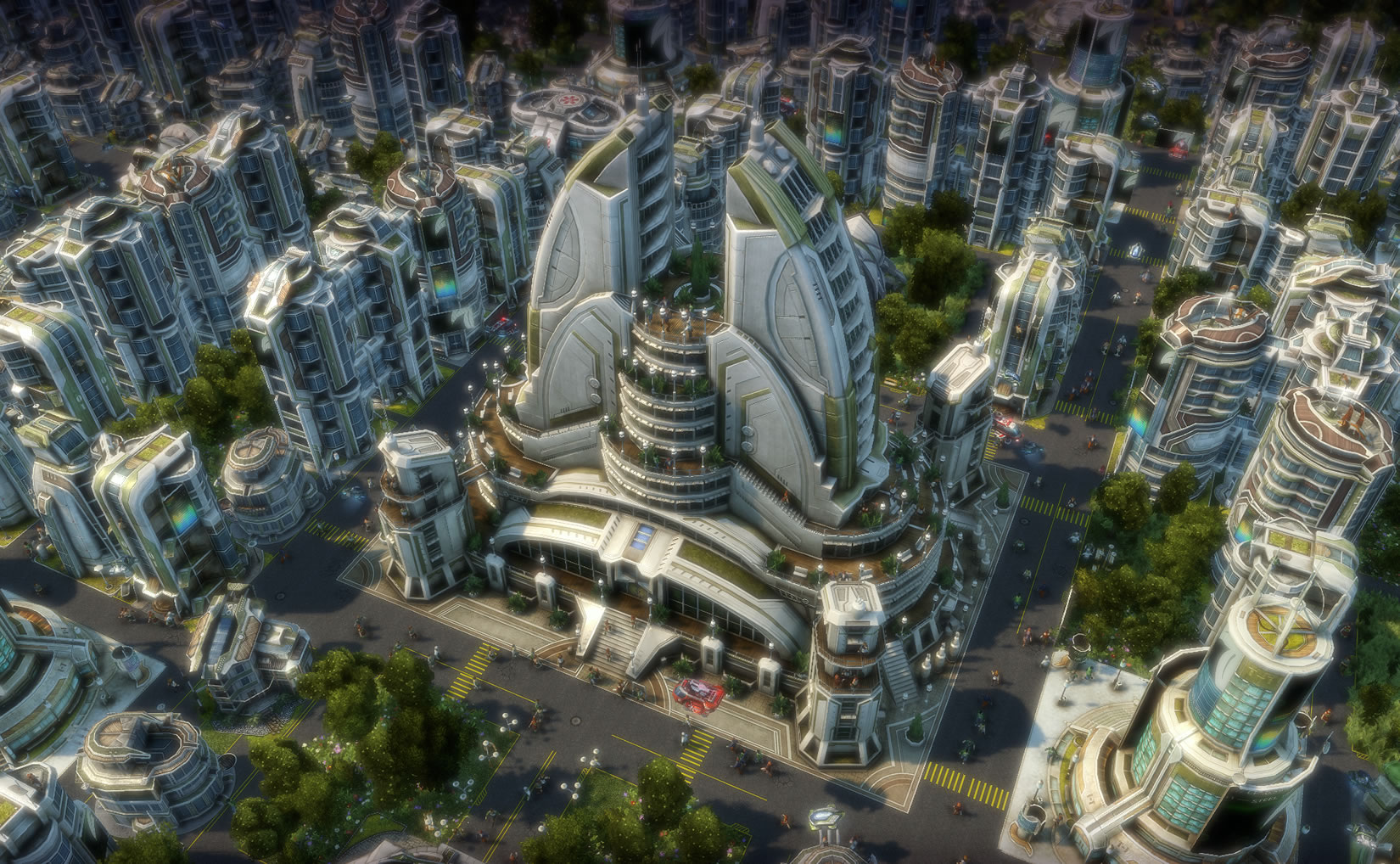 SimCity was about the joy of building – of covering blank tiles with your idea of what a city should look like.  You had to listen to the Sims, after a fashion, but their complaints about pollution or buses or whatever were mostly in the background.  Civilization, by contrast, was about sticking it out through the ages, getting farther, faster, so that you could outpace (and therefore rule) everyone else on the board.  In Anno 2070, you’re not really in control, to be honest – your citizens are, as they are the metric for your advancement.  You can’t win unless you tech up (this is the future, after all), and you can’t tech up unless you’re meeting the demands of your populace.  The workers you start with require relatively little, but executives behave exactly as their namesake suggests.  It’s a calmer, more deliberate, but definitely still engaging mode of play.

One word of caution: this is not a game for those with short attention spans or mercurial attitudes.  It takes time to learn this game, and more time to get better at it, although the lengthy campaign tutorial makes the learning curve almost too shallow, even.  And it’s no RTS – there is some air and sea combat, but it’s not a major focus of the game.  Having said all that, though, most of the tasks that could be outrageously annoying (and a real deal-breaker) are well-implemented enough to make them non-issues, and thus a real credit to the designers.  As every player begins on an island, trade and transport by sea is important from the get-go, but automated trade routes and resource management are a snap to set up.  There’s an extensive list of resource interdependencies that your production tree will have to serve, but these also are available at a glance from easily-accessible menus. 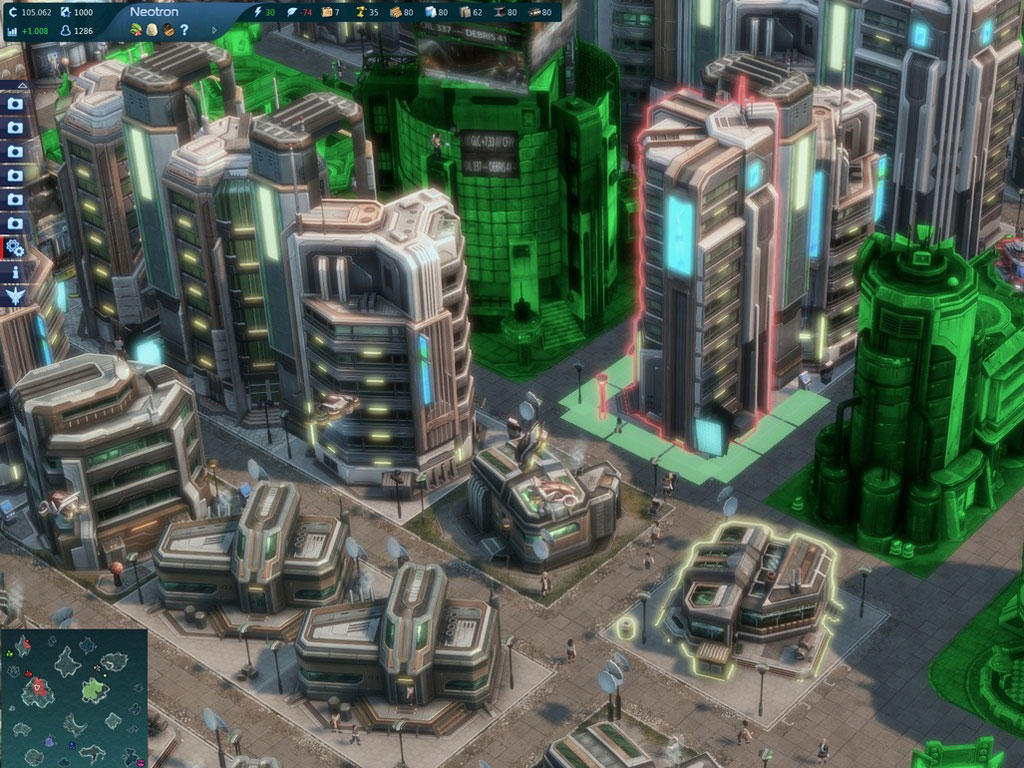 Honestly, the worst part of this game is the DRM, lessons about which apparently weren’t learned from the dreadful patch-necessitating glitches in Dawn of Discovery/Anno 1404.  Even if you choose not to use multiplayer, you still need a viable connection to the publisher’s servers – assuming they stay up – or you lose a whole host of in-game options, a trend which can’t be railed against enough.  However, if you’ve got the stomach to swallow being punished for legitimately buying a game, Anno 2072 will be the one to beat next year in the strategy/empire building genre.  You’ll spend hours learning and then playing it, but they’ll be nice hours, and you’ll be staring at really pretty buildings the whole time.