If you are a gamer, chances are you already know what to expect whenever you see a title brandishing the LEGO namesake.  Typically, you get a game that neatly integrates the visual aesthetics of the popular toy brand with an overall concept of reliving whatever it is that the title is portraying.  In other words, if we’re talking about the Lord of the Rings movies, you pretty much experience a cute and colorful scene-for-scene remake which you can also participate in interactively.  In short, LEGO The Hobbit doesn’t deviate from this well-established trend, it actually enhances the formula.

This is one of those games that are meant to be savored, in a way.  Whereas a lot of other loosely RPG-ish titles tend to hit you over the head with a dizzying number of options (Skyrim) or some absurd level of difficulty (Dark Souls), LEGO’s The Hobbit is more like a pleasure cruise.  Quite obviously, this is a game that contains a somewhat linear master quest structure, but what makes it brilliant is the freedom you get between missions where you can freely explore Middle Earth.  For the LOTR fan who really just wants to run around and investigate their surroundings, this game is truly a breath of fresh air.  Don’t think that the fun stops there, the game also presents you with plenty of side quests (delivered by various NPC’s) to partake in, providing that extra bit of diversity which makes the entire experience feel just a bit more complete.

Likewise, as is expected in most fantasy-themed open world titles, LEGO The Hobbit also contains lots of unlockables and item-conditional areas of access.  In other words, if you want to progress you’ll need a specific item(s) and any of the various character abilities you discover will help aid you in your larger quest.  Upon collecting various pieces required to finish some objective you will often be treated to a little menu animation showing how your pieces all fit together, in true LEGO fashion.  It’s these kinds of little touches that make this game (and those like it) enjoyable.

Of course most will be drawn to the game’s nice visuals and lighting, which seem to perfectly capture the mood and ambiance associated with the LOTR movie franchise.  Each area is quite large and fully stocked with its own treasures, but at the same time, clues have been left to guide you to your ultimate destination, just in case you get lost. 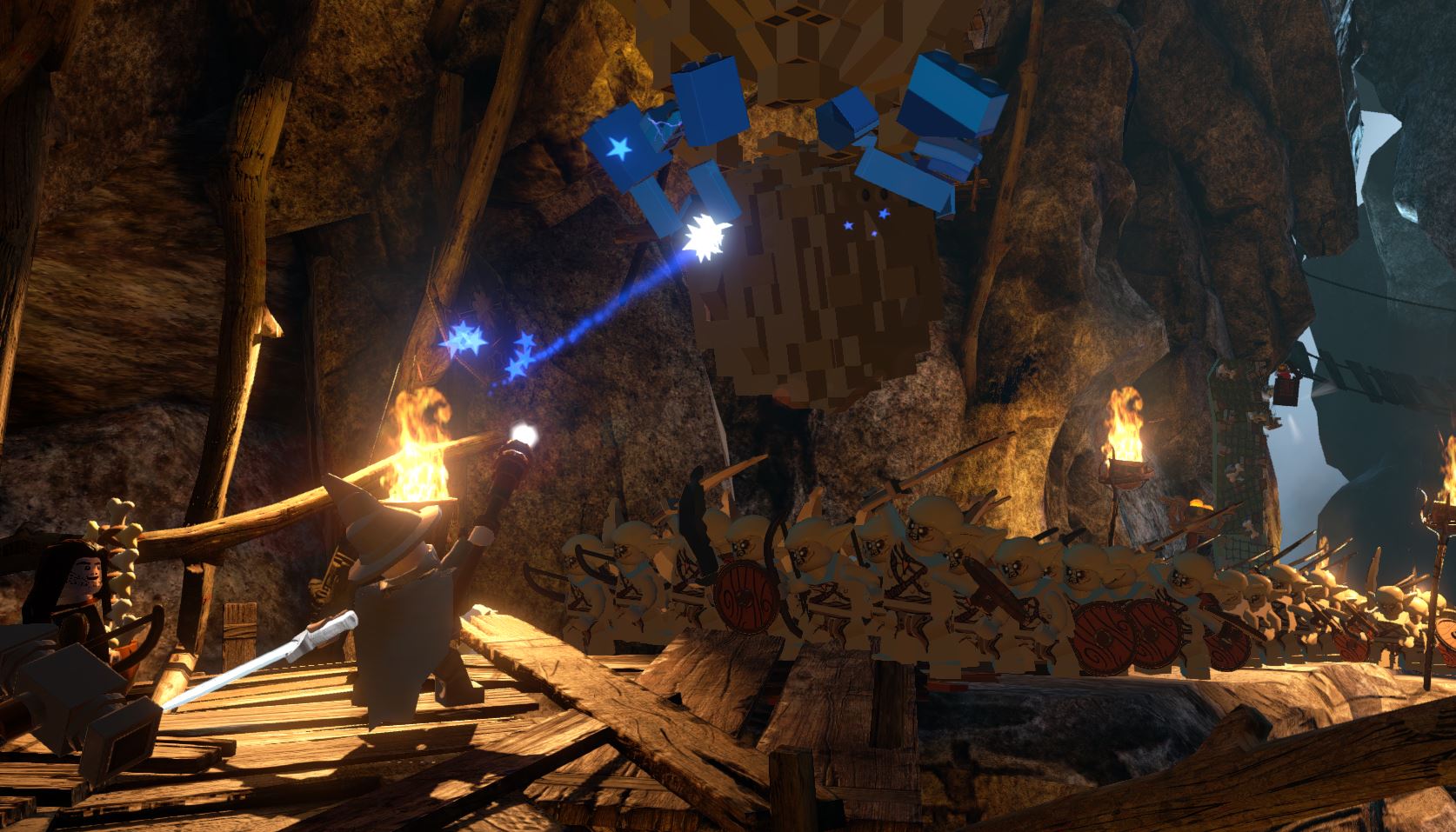 However, perhaps one of the most satisfying aspects of LEGO The Hobbit is the way it promotes player interactivity.  As a single player you can control various characters, but the game really shines as a co-op title, particularly if you’re playing with various others who actually know the source content (the movies themselves) well.  Don’t think that each and every encounter or puzzle is an easily surmountable or solvable entity though; some in-game obstacles will challenge you at times.