With L.A. Noire being rereleased on the PS4, it is time to take another look at the detective game that Rockstar Games created. L.A. Noire was originally released in 2011 and takes place in 1947 Los Angeles. Rockstar boasts that 90% of all buildings in L.A. Noire have been recreated from photographs and through visits to the historic Los Angeles. This means that you could navigate the world of L.A. Noire through landmarks alone if you were familiar enough with the history of the City of Angels. 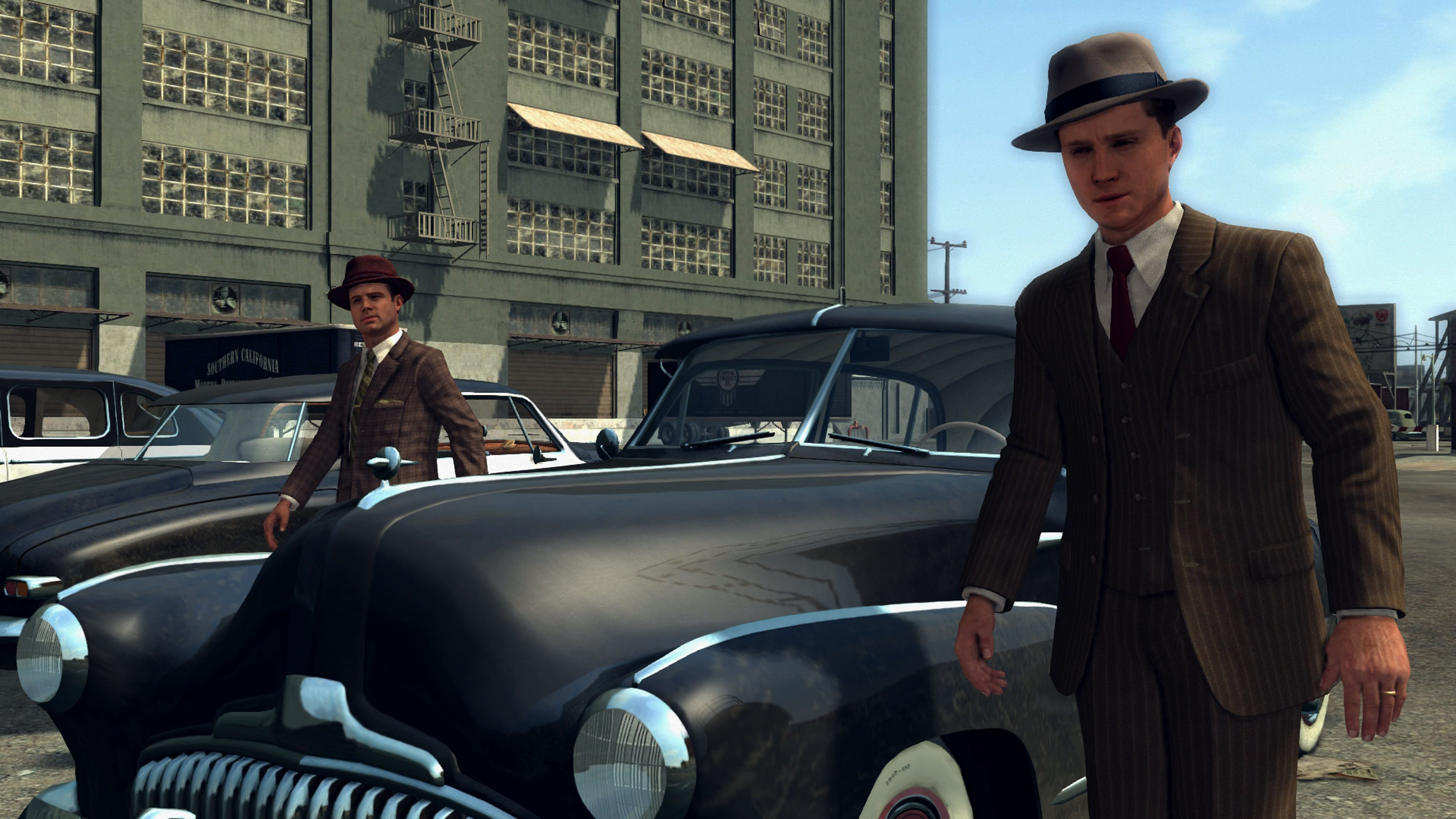 The main character, Cole Phelps is a United States Marine Corps veteran who works his way up in the police force, from a police officer to a detective, working in other departments as well. While in Homicide, he pursues a case with many murders that are assumed to be by multiple killers copying the Black Dahlia serial killer but end up turning out to be one serial killer.

After his success in Homicide, Cole is promoted to Vice, where he pursues multiple cases that seem to be connected to Morphine. Without giving away any spoilers, Cole tracks down where the morphine is coming from by tracking down the individuals who sold, distributed, and initially stole the drugs.

Later, Cole is ousted for having an affair and demoted down to Arsen. While in Arson, Cole investigates a series of fires in homes built for veterans. Cole goes down the route of insurance fraud by the builders of the houses. There are a lot more details to this game, but you will have to play to find out.

What sets this game apart from other detective games, is the MotionScan system that they use. This comes into play mostly during interrogations, where the suspect is placed under stress and will show different tells to whether they are lying or not. These tells range from glancing around, twitching, grimacing, or even gulping. It is incredible how much detail they place into the body language that the suspect is displaying.

When you are not in an interrogation, you will be scouring crime scenes for clues to prepare you to question your suspects. When challenging a witness or suspect, you will be given different choices to determine if they are truthful or not. L.A. Noire does an incredible job using clues and witnesses to lead you down the correct path, or even the wrong one if you misinterpreted the clues. You are free to make mistakes and also falsely accuse people, like I did, for crimes that they may not have committed. 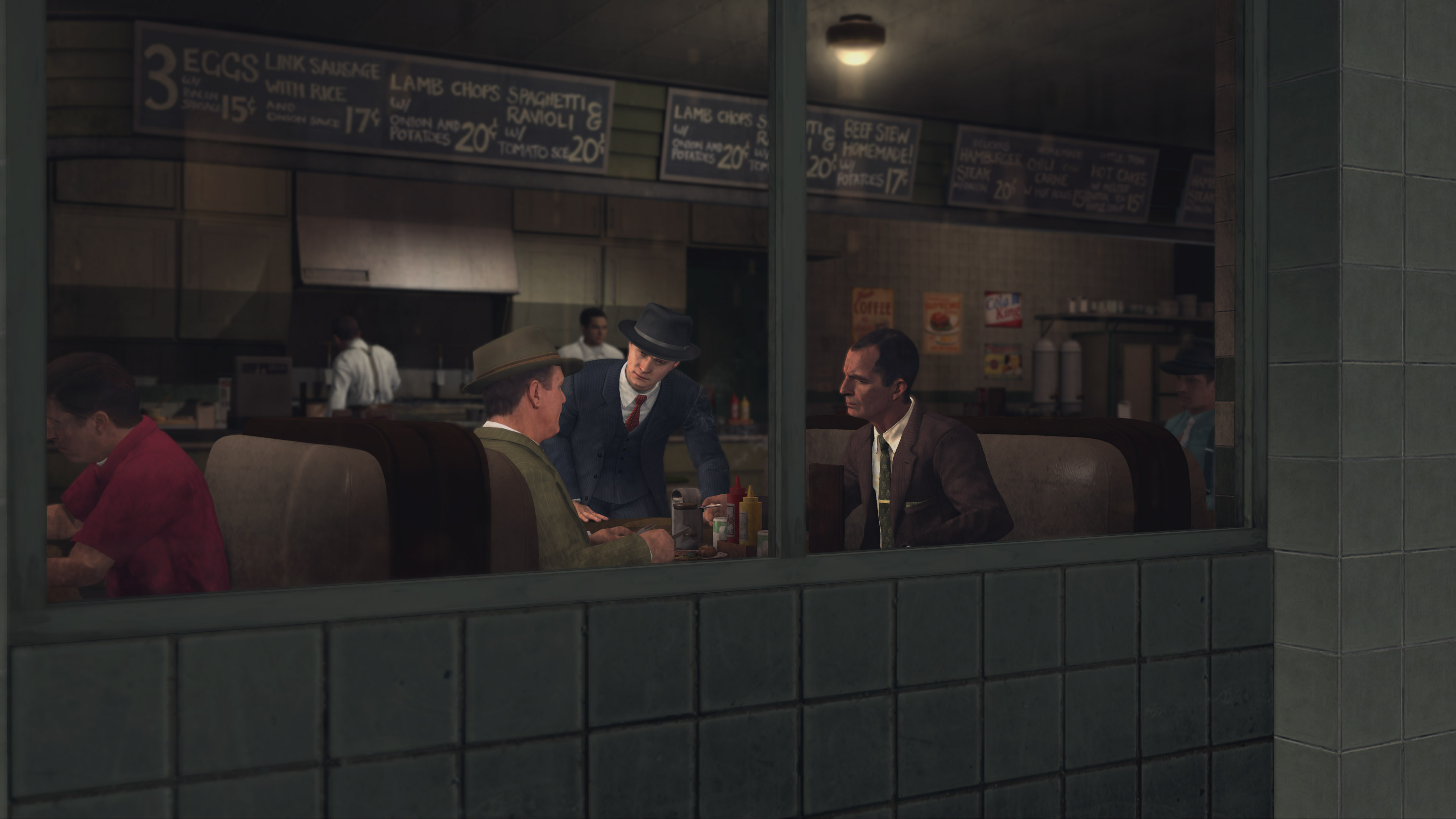 If it seems like L.A. Noire is all about badgering people, you are mistaken. This is an open world game after all, and you are free to do whatever you want. You can deviate from cases, explore the wonderfully created 1947 Los Angeles, or even go on more action-packed missions. You can choose to accept an open call on your radio and pursue one of these side missions. The tasks are a single scene where you can chase down a bank robber, follow a thief to their hideout, or even just chase down a local lunatic. The possibilities are endless.

The first area that has been tweaked for the rerelease of L.A. Noire is the interrogation system. Before, you would choose between Truth, Doubt, and Lie. Now, you have the choices of Good Cop, Bad Cop, and Accuse. I personally do not like the new adjustment, but it was supposedly done to show better what Cole is thinking when he is talking to a suspect or witness. To me, it feels like he is Bi-Polar now switching back and forth between being friendly to acting awful the next moment.

The next change is in the vehicles that you can commandeer during a case. Depending on where you take the car from, the rims will change in brightness, from a pathetically dull to a blinding bright. To me, this does not even matter since, I only went around in my police car, since it is the only one with an active radio to receive transmissions from the police station. 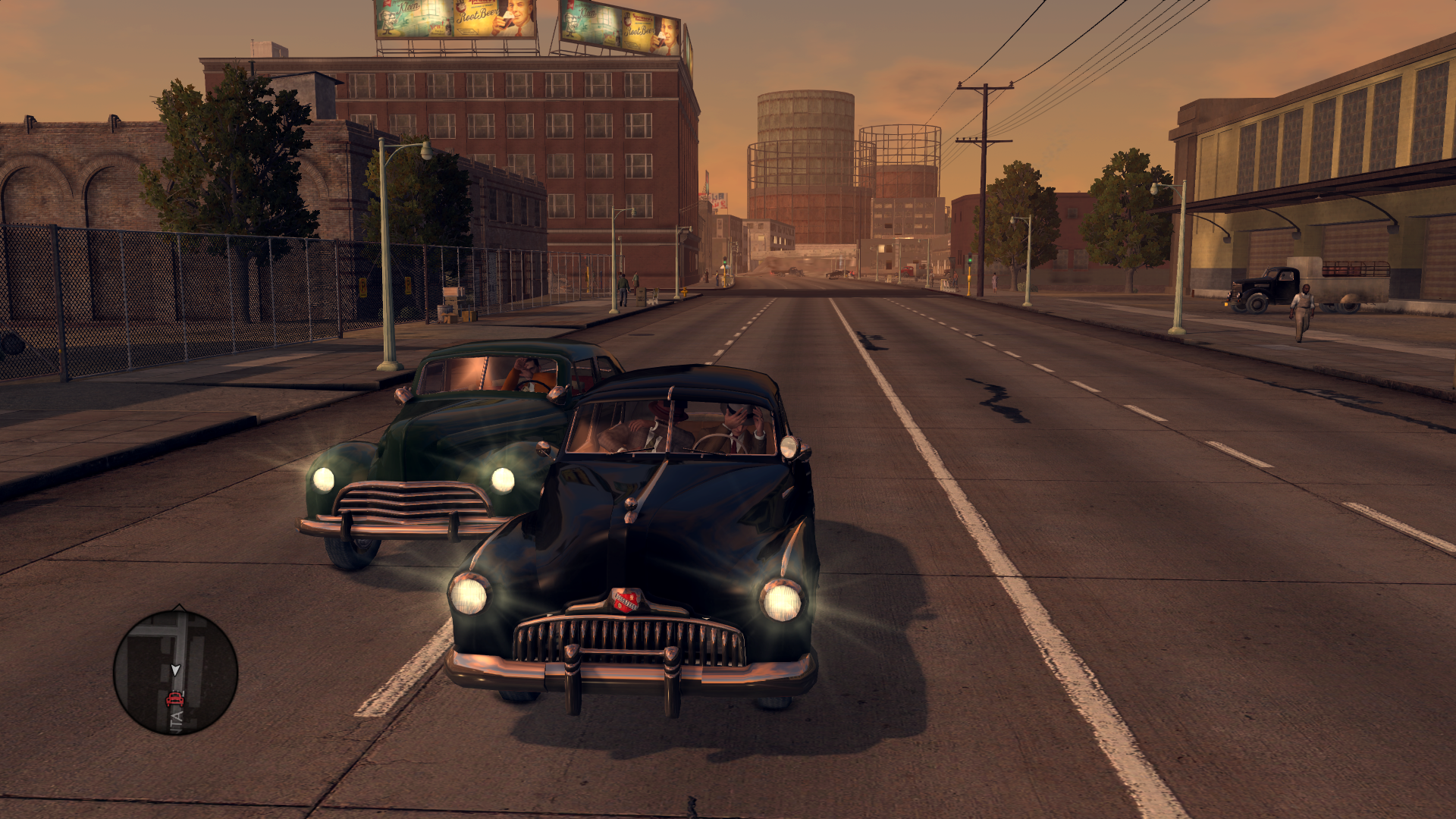 When it comes to content, the rerelease of L.A. Noire comes with everything from the first release and more. You not only get the primary campaign, but you also get all of the DLC that was released and 40 side missions that are available. There is also now novels and vinyl records that you can go around collecting if it pleases you.

The final additions to this rerelease by Rockstar Games is the introduction of a photo mode. Now, you have the option to take photos of the beautiful scenery around you or even the crime scenes if that is your thing. The only downfall to this new feature is that you are limited to only taking pictures from a small deviation from the character’s perspective, as well as not being able to take photos with HDR enabled on the PS4.

If you never played L.A. Noire the first time around, now has never been a better time to play it. At only $40, this game is well worth the price to run around old Los Angeles solving mysteries. Even if you did play the game, it is still worth another play through with the increased resolution and additional features that this rerelease as to offer.

Mobile gaming may have undergone something of a sea change since its inception, but it’s still around and still going strong. Whether it’s the...
Read more
Best Games

November is historically a great time for gamers, and this November is no different. If you love games, you’ve got some treats to look...
Read more