What Makes Persona 5 so Alluring?

Persona 5 is great, and frankly, that’s undeniable. Since its worldwide release in early 2017, critics and casual gamers alike have fallen in love with the next of an already acclaimed franchise. Being a serious game of the year contender for many people in a year that a new Zelda game was released is dumbfounding. Friends of mine who never play JRPG’s enjoyed navigating the fantastically orchestrated and meticulously crafted turn-based fighting. Those that argue they don’t have the time to play the 50-hour story of Witcher 3: The Wild Hunt found themselves partaking in the 80-hour role-playing, social simulating adventure. But why is this? Why does every Persona game, more and more with each installment, seem to break rules gamers hold close, yet still find praise across the board?

I found a few fundamental differences this game possesses that many other games seem to lack. These differences being ones that truly pulls Persona 5 ahead as the chief factor in its apparent success. One being that Persona 5 is fantastic at making sure the player is constantly in the middle of a new affair of sorts. With Persona 5, these new affairs are clearly and distinctly different than the approach of the usual mission to mission that generally leads a game’s story to its conclusion. Persona makes use of constantly overlapping storylines and assignments for the player. This leaves one at a consistent mercy to the urge to play more as a result of never quite feeling satisfied with where they leave off. Sure, one may have just conquered their latest palace; but now that leaves them with just enough time to hang out with their landlord to raise their kindness level. But wait, now that they raised their kindness, they’re allowed to work towards romancing one of their confidants. But would one rather be doing that, or hanging out with their other friend in an effort to gain strength for the next palace one will be attending? All of these happening at the same time, giving the player the constant demand to continue forward, to seek conclusion with an affair, only to find another set of circumstances presenting themselves.

This leads me to my next ingredient of the recipe used to congregate a strong score for the award-winning Persona 5. That ingredient being, its ability to make the player feel as though every move made needs to be executed with calculation and precision. The inherent, stressful feeling of unease as every choice our high school traversing protagonist makes holds weight. This hefty burden found in how, when, or even if at all events that follow take place really keeps the attention of any player that boots up this role-playing game. The persistent struggle to remain caught up with every aspect of the life of a shadow slaying, high school attending, phantom thief keeps even the most stubborn gamers coming back. Day after day they’ll continue to strategize if making coffee or doing a crossword puzzle is more important. These thought processes make even some of the most mundane-seeming activities more lively. With the Animal Crossing effect of sounding horribly boring on paper, yet so satisfying and rewarding while playing, Atlus has crafted quite the JRPG that will no doubt remain timeless as one of the greats right alongside the likes of Chrono Trigger. 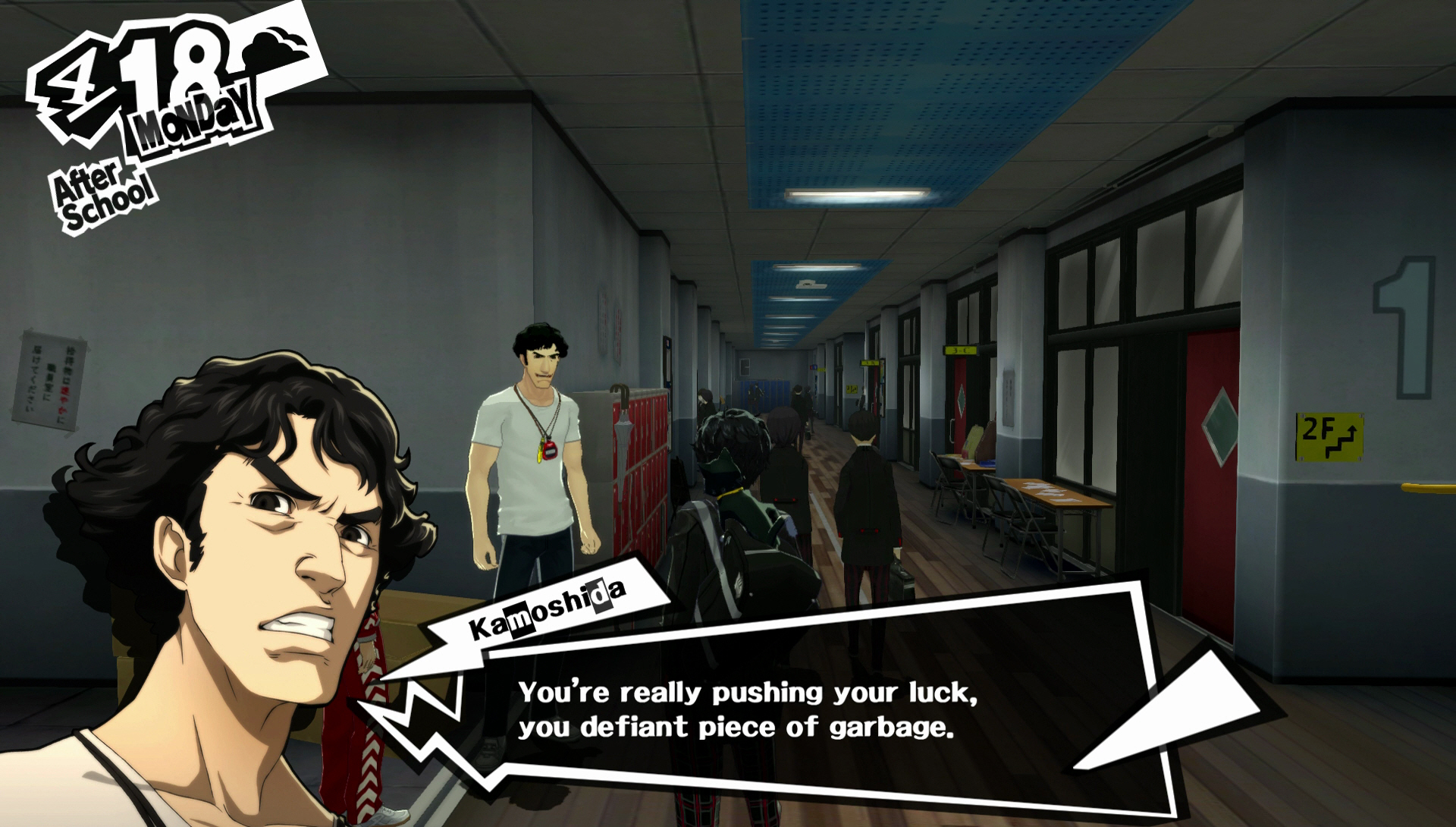 Persona 5 isn’t a perfect game. It has a story that should be 20 hours shorter. It has a palace system that begins to become tedious in the middle of the player’s venture. It even has a lack of a real incentive to explore many areas of the game. But its inherent ability to grab a player, and seemingly trap them into submission to continue on their journey, forces the player to acknowledge the many things Persona 5 does get correct. The gorgeous art style, the fantastically well-made characters, and the intriguingly deep skill systems bring the player back and back again.