By Dakota B.
July 22, 2015
FeaturedInterviewNews

Hello everyone.  Dakota of GamerBolt here and I recently had a chat with Pierre Lehnen about his new game, Orange Season.  Here’s what he had to say… 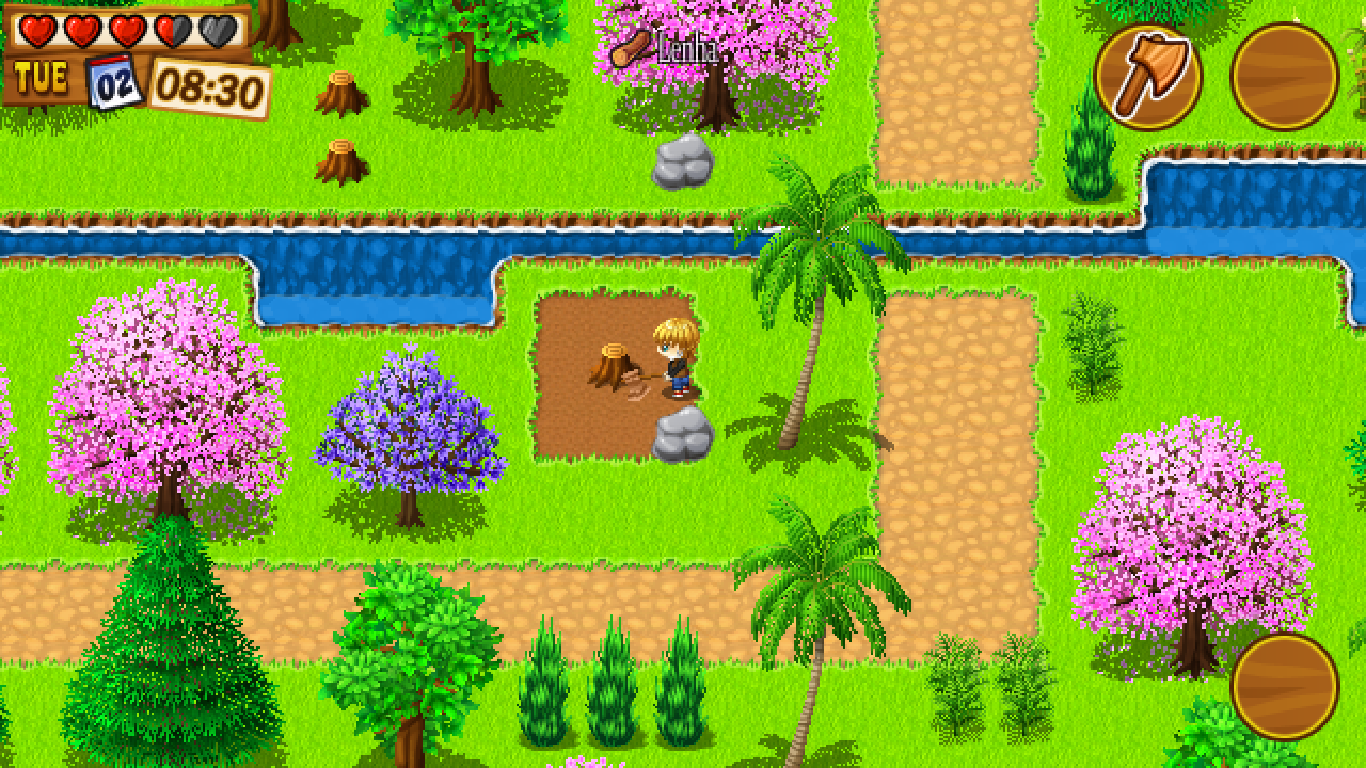 My name is Pierre Lehnen and despite the French name and German surname, I’m Brazilian.  On the internet, I’m usually known as Brian Hudell, or just Hudell.  I’m currently 26 years old and working as a third party programmer for a company located at the city of Porto Alegre, Southern Brazil.

What is Orange Season?

Orange Season is a farm-life simulator, the first in a series called, Fantasy Farming.  In this game the player takes control of a young farmer, managing his farm and his life.

Are you a solo developer or is there a team, and if so who are they?

I’m working alone on the game but there is a friend indirectly involved with it, the developer of What Silver Shows helps me a lot with his artwork and image edition.

What sets Orange Season apart from other farming-life simulators?

Usually, games like this have no end; people play it until they get bored.  For some people that may take several hundreds of hours, while others can only play for a day or two.  What sets Orange Season apart from other farm-life simulators is that it tries to keep the player from ever getting bored, no matter how much they play.  To achieve this I’ve developed a mod system. With this, I (or anybody else) can create new features and new content for the game at any time.  Those mods can be downloaded and installed/uninstalled by the player whenever they want.  This way, the game will always have some fresh new content available.

What inspired you to make Orange Season what it is?

I played my first farm game when I was 10 years old.  Ever since then, I’ve always wanted to create a game like it.  I remember trying to design one such game when I was 15.  Over the following years I’ve tried to make it several times, but I always gave up because I had no graphic resources to use and no skill to draw my own.  When I learned about Celianna’s Rural Farm Tiles on the first RPG Maker Humble Bundle, I decided that it was time to get serious and make this game. I’ve been working on it since then.

What have you learned while working on Orange Season?

I have learned a lot of things ever since I started the game.  The engine and the language used for its development, Rpg Maker VX Ace and Ruby, I had never used before.  [These] were the first thing that I had to learn.  I also researched a lot of things about seeds, vegetables, seasons and fish while making this game.

Where can we get Orange Season?

Where can people find you?

The easiest way to contact me is to send an email to [email protected] I can also be found on Twitter @pierrelehnen, but I tweet mostly in Portuguese.  (You can also visit the Orange Season website here)

What do you think of Orange Season?  Does it breathe new life into farm-life simulators?  Let us know in the comments below and be sure to stick with GamerBolt for all your gaming news, reviews, and more!