Infinity Ward, just like many big companies all around the world, join the wagon that pay their respects to George Floyd who got killed by a police officer in Minneapolis. 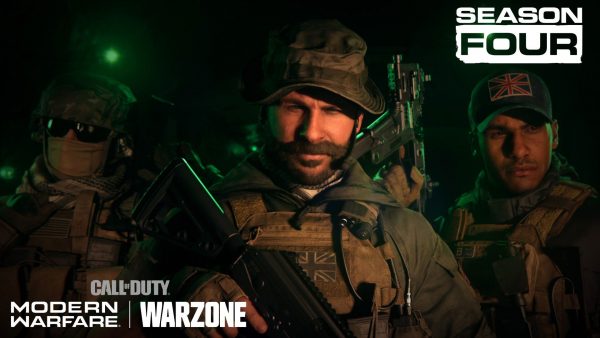 What happened in Minneapolis is absolutely terrible and shouldn’t ever happen by any means. Many companies have paid their respects with their own ways, like Sony, who pushed back the date for their PS5 event. In order for Infinity Ward to show their respects, they pushed back the date for their highly-anticipated Season 4 for Call of Duty: Modern Warfare (2019). They also made a tweet about this on their official Call of Duty twitter:

“Right now it’s time for those speaking up for equality, justice and change to be seen and heard.

We stand alongside you.”

Personally, I completely agree with this move and their words. We got plenty of time for games later, but right now it’s time for something vitally significant. It’s time for those who seek equality and justice to stand in the spotlight and be seen and heard. Something that is also noteworthy regarding this whole civil unrest situation, is that it hasn’t been “quarantined” to just the United States, it has been spread all around the world. People and protesters have been protesting against police brutality and other injustices.

While Infinity Ward hasn’t announced yet what the “later dates” are, rumors that are spread around the web say that it won’t be more than a full week.

Gamerbolt will be posting more news regarding Call of Duty: Modern Warfare’s Season 4 as soon as they come, so stay tuned and stay safe! #WeStandAlongsideYou