Grand Theft Auto III might have introduced the world to the splendor of open world sandbox fun, Vice City improved upon the model, but it was the magnificent San Andreas which truly exploded the series into another dimension. While we have GTA V and IV to now sink our teeth into, SA remains unique in the series. There are so many interesting facets to this game; from its impossibly large world and overall wackiness, to its obvious incremental improvements, it is the very definition of fun and exciting.   It is in GTA: San Andreas that we finally see more and more true RPG elements coming to light, which ultimately turns the game into a much more dynamic experience with more options with regards to personalization. Here are just a few of the reasons why we love Grand Theft Auto: San Andreas… 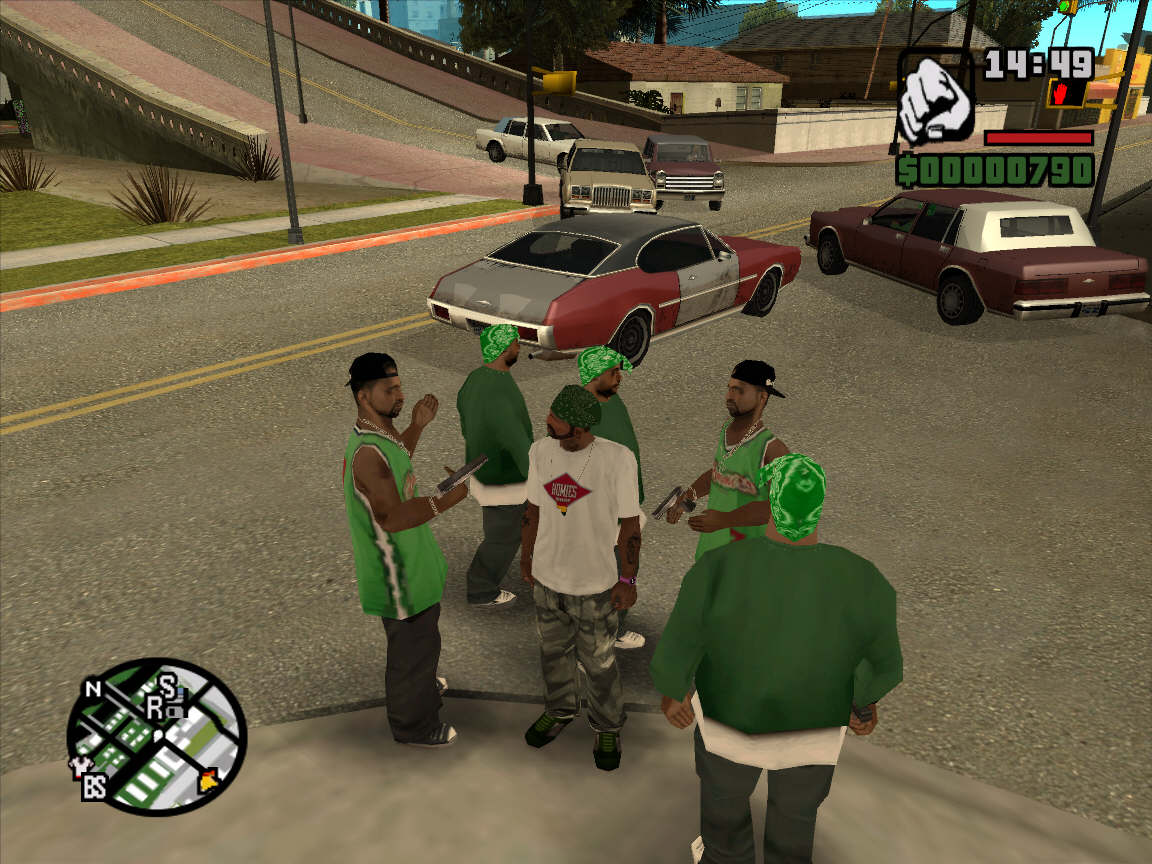 Even more side activities

In an attempt to make the world of San Andreas much more dynamic and, gasp….worthwhile when it comes to exploration, an incredible range of creative side missions were added. All the usual stuff that’s expected like taxi, police truck, ambulance and other missions are included, but Rockstar didn’t stop there. In keeping with the “criminal” theme, burglary abilities were also added among other things which lent a whole new dimension of gameplay to the scene. By and large, the game perfectly captures a certain thug California culture attitude, incorporating various other mocked-up areas like Nevada / Las Vegas / Las Venturas or San Fiero / San Francisco.   However, it is the way that they integrated all sorts of region or area-specific activities that are truly noteworthy, elevating their overall level design / plot development to incredible new heights. Heck, you can even go take training classes in-game for other activities like driving or flying, which brings us to…

If Vice City achieved great things by increasing the bountifulness of vehicles then San Andreas pretty much hit the lottery. There are no less than 240 vehicles, including just about everything you can possibly think of (wherein some clever analogue is used for various popular manufacturers). However, perhaps the “toast of the town” is the aircraft, which include jets, helicopters and the super-fun-to-fly “Hydra”. This plane allows for vertical takeoff and features useful weapons as well, like air-to-air missiles. Needless to say, once gamers figured out that this vehicle was in the game, it was all over……they were hopelessly hooked. Likewise, it has become something of a mainstay, having also been included in GTA V / GTA Online as well.

Again however, probably the real star of the show here is the impossibly large map. It is divided into several regions and includes various cities as well as rural areas and bodies of water. Jumping from Vice City to San Andreas, it’s hard to not be absolutely floored by the sheer size of the world here. Leaving Los Santos to drive to San Fiero in a truck for specific missions seemed like (at the time) some actual mini-encapsulation of a real road trip. Then there are the forests, which are interesting alone enough on their own if you prefer to just wander around in tranquility. Also, it should be mentioned that San Andreas was privy to all sorts of rumors as well, likely spared by the inclusion of various secret areas. For instance, many gamers spent hours in the hills searching for Bigfoot, which speaks volumes about the game’s ability to jump start their creative juices and foreshadows the various advancements in design and technology that were soon to come.

While you were forced into the role of C.J. for San Andreas, there was the added option for personalization, which not only applied to attire and social interaction, but also RPG-like character development.   You have to eat, for example, but if you don’t exercise, you get fat. Moreover, all sorts of skillsets were applied to just about everything you can imagine, from driving and shooting, to stamina and lung capacity. In the end these added feature made the game feel more like a challenge, something to explore and overcome rather than just a series of interconnected missions on an open world terrain.

Grand Theft Auto: San Andreas was an enormous hit and was ported onto an incredible number of different platforms (PS2, windows, Xbox, 360, OSX, PS3, iOS, Android, windows phone, Fire OS). Even though it was released in 2004 it is STILL one of the best open world games that have ever been brought to market. Likewise, it’s legacy and effect on the GTA series (as well as other franchises) is patently obvious, which again, speaks volumes about its amazing design and inventive array of features.