By GamerBolt Team
February 5, 2014
Past & RetroReviews

Like its predecessor, “Grand Theft Auto”, “Grand Theft Auto 2” is yet another open world game that’s based on a fixed top-down / bird’s eye view perspective. Similarly, GTA 2 also involves lots of violent activities such as car-jacking, contract killing, and completing missions for select groups (gangs / corrupt corporations). However, unlike the first title in the series, this one saw various elements “toned-down” for the PlayStation version, such as far less bad language and violence. Don’t get the wrong idea though; GTA 2 is still a raucous game that mires you in its stew of cartoon-ish violence. 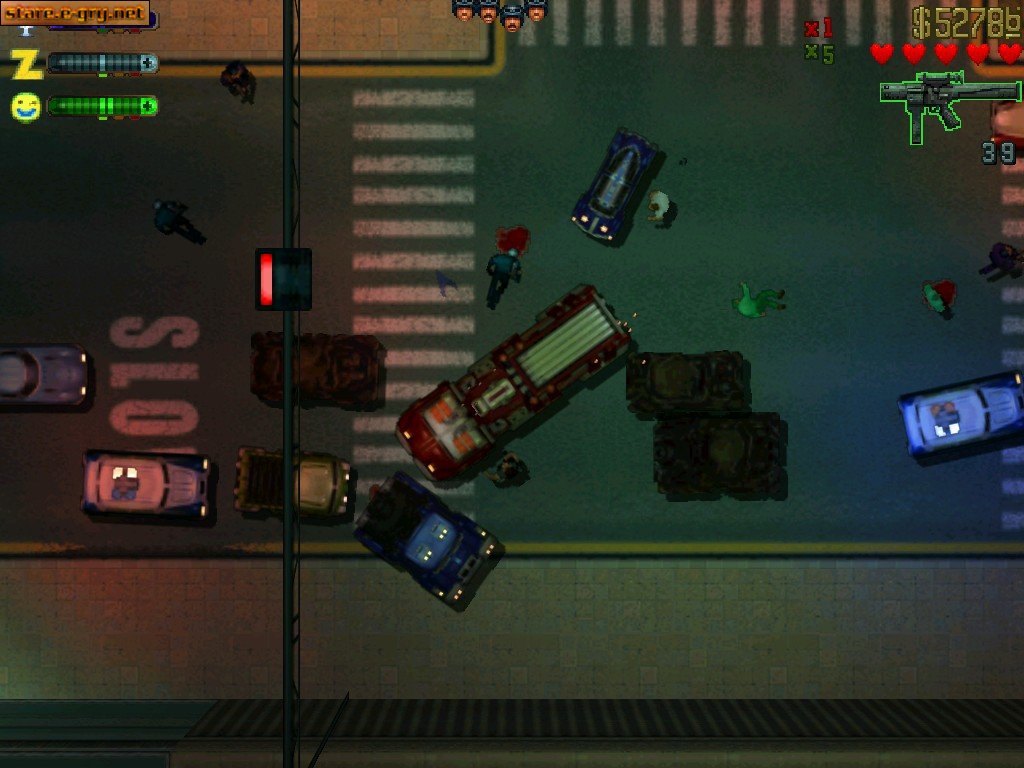 As this game was released in late 1999 it leaves much to be desired in the way of graphics, obviously. We are after all talking about a time when 3D gaming (particularly on consoles) was just getting its start; a period when platformers and sports-themed titles were much more in-demand. In this way, games like Grand Theft Auto 2 were still relatively revolutionary in that they presented gamers with an opportunity to explore a large map, free to do as they wished. Of course the options available were still limited to violent acts, but what more can one expect given the platform they were working with at the time?

In terms of its story, GTA 2 takes place in a “Retrofuturistic Metropolis” that’s called “Anywhere, USA” (a mockingly clever title). The city itself is divided into three zones comprising an industrial district, downtown and a residential area. Within each locale you’ll find very particular landmarks such as a mental institution, trailer park, power plant, university and more. Naturally, each area holds its own assortment of missions and activities.

The PC version of the title allowed players to play the game in one of two environmental modes – dusk or noon, one being dark and the other light, respectively. Of course the PS1 version only allows you to play in noon mode (a minor scruple, but clearly a missed opportunity to bring something new to the table apart from the previous game in the series). As you progress through the game you’ll meet up with 7 different criminal organizations which range in terms of power, influence and assortment of mission objectives. 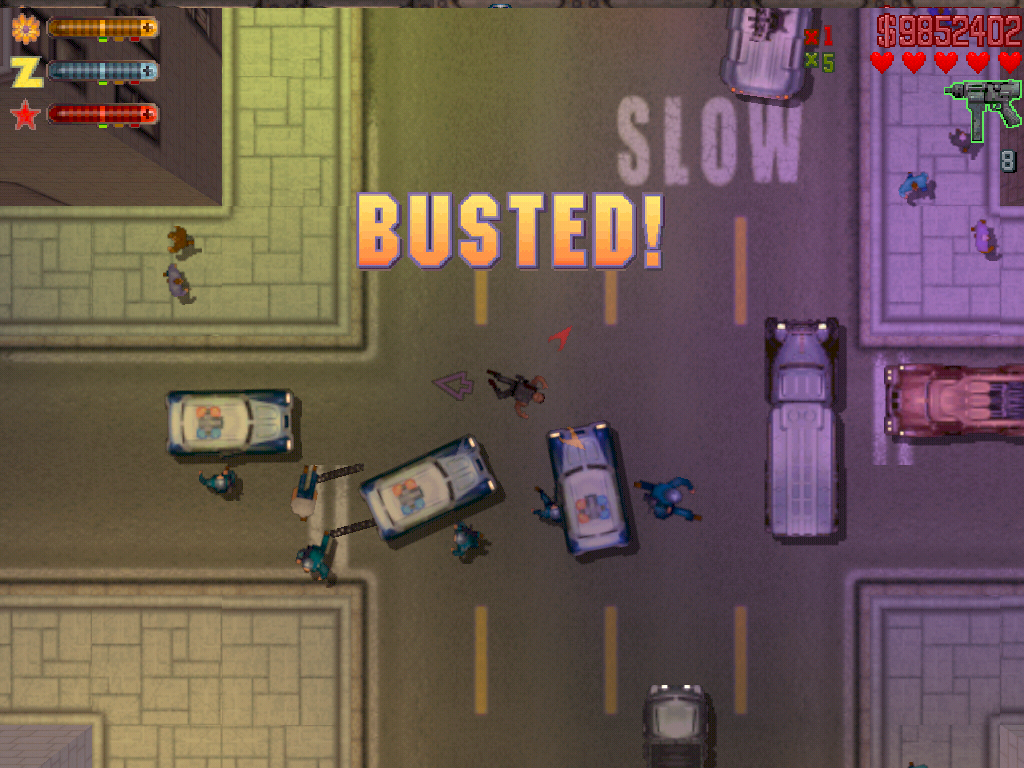 Notable additions in Grand Theft Auto 2 include better, more dynamic NPC’s (they follow their own routines) and side missions. The latter in particular, is quite intriguing since you can act as a bus or taxi driver (among other things), fulfilling your duties as expected. Additionally, you’re not the only criminal that’s active in the city either, you’ll occasionally see someone fighting with police, trying to steal a car, or perhaps attempting to mug a bystander. Naturally, there are plenty of humorous elements present as well, like large cash bonuses awarded for running over Elvis impersonators and so forth.

Retro gamers will certainly get a kick out of Grand Theft Auto 2, that’s for sure, it possess its own unique charms, despite its rather outdated look. Hardcore GTA fans might also find the game to be somewhat entertaining as well.