The new generation of consoles is here, and it’s very flashy and impressive, of course. The PlayStation 5 and Xbox Series X (and its less-powerful cousin, the Series S) are absolutely destroying the market in terms of sales, and there’s no doubt these consoles will be around for a very long time to come. The attention of gamers everywhere is rightly focused on the incredible power of these machines, but in this hectic time, let us spare a thought for the less-considered aspect of gaming hardware. That is to say, let’s think about the parts that are necessary for making your console work but aren’t particularly glamorous.

That’s where the new Gioteck VP-1 Viper Cable Pack comes in. Gioteck is describing this pack as an “all-in-one solution” for next-generation consoles, providing everything you need in order to get your consoles up and running. What’s more, Gioteck also says this set of cables is future-proof; if you decide to get an 8K gaming TV in the future (which may be a while off yet), you’ll still be able to use your Gioteck cables to hook up your machine to the new TV when it does arrive. Does the Gioteck VP-1 Viper cable pack live up to its name? In a word, yes. This is the only cable solution you’ll need for your console, no matter which one you opted for.

The VP-1 Viper Cable Pack contains two cables: a USB-C charging cable for your controller and an HDMI cable to connect your console up to your TV. Both the PlayStation 5 and the Xbox Series X’s controllers have USB-C connectors, unlike the PS4 or Xbox One which both used Micro USB connections. That means if your charge cable breaks, you might be at a loose end, especially if you’re still rocking a phone that charges with Micro USB (or, indeed, an iPhone, since they use Apple’s proprietary Lightning connection). That’s the problem the VP-1 Viper cable pack is aiming to solve, as it’s bundling in a premium-quality charge cable. 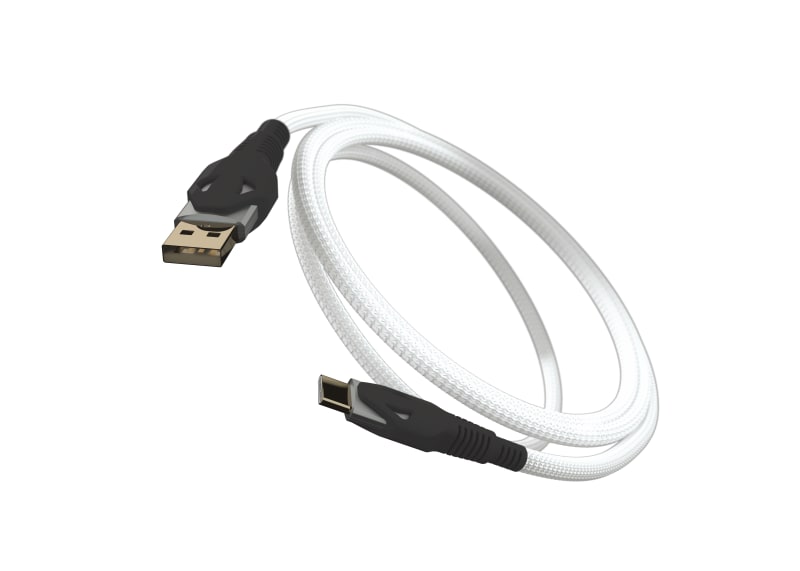 The USB-C cable in this pack is seriously high-quality. It’s 3 metres in length, which is ideal if your console is even a short distance away from your sofa or chair. You can play your PS5 or Xbox while you’re charging, which the default charging cables don’t allow (unless you sit right next to your TV, of course).

Of course, the USB-C cable in this pack also has premium construction by way of a braided design, which means if you tug it or accidentally step on it then you’re not going to snap it or damage it. It’s hard to fault the cable; it’s a USB-C cable, and it does exactly what it says on the tin. We experienced no issues connecting it to our console and to our controller. Of course, since it’s a USB-C cable, you can also use it to charge phones and other USB-C devices, although some may be a little temperamental (looking at you, OnePlus).

There’s also an HDMI cable bundled in with the USB-C cable. Largely, it follows the same construction standard as the USB-C cable, complete with Gioteck’s Viper heads and 24K gold-plated connectors. As you would expect, it’s a very robust and sturdy cable, unlikely to be accidentally yanked out if someone steps on it. The HDMI cable is, of course, compatible with both Xbox Series X and PS5 consoles (and it’ll also work on anything else that requires an HDMI connection). It’s a little shorter than the USB-C cable at 2 metres instead of 3, but for an audiovisual cable, that presents less of a problem. Suffice it to say this is a very solid HDMI cable indeed.

Most importantly, perhaps, the Viper HDMI cable is compatible with both 4K and 8K displays. Right now, it’s unlikely that you’ll have an 8K display; they’re not commercially widespread, and only enthusiasts and hobbyists are likely to have them right now. However, as the prices come down (as they inevitably will), 8K will become more and more standardised, and it’ll be necessary to have an HDMI cable that supports this resolution. As such, Gioteck is ensuring that you’re futureproofing your cable setup with this HDMI cable. There will naturally be plenty of other options available in future once 8K becomes the norm, but you can stay ahead of the curve here.

These are sturdy, high-quality cables, and nothing more. If you’re expecting bells and whistles – and perhaps you shouldn’t be, given that they’re literally just cables – you won’t find any here. Gioteck is offering a pair of well-constructed cable solutions with strong braiding and convenient lengths, and the price is right, too. We’re impressed; if you need extra cables for your new next-gen console, this is where you should go.

Official site: Gioteck.
Thanks for supply of the gear: Virtual Comms.