Ever since the announcement trailer during the 2015 E3, For Honor has been under the careful watch of many eyes. Throughout the closed betas and open beta, there are those who love it, those who may not, and those who have a residual sense of trust issues with Ubisoft, The publisher of For Honor. Whether a fan of Samurai, Vikings, Knights, or the occasional three-way, For Honor makes strong choices. Some of them hit, and some of them really miss. So should you be playing For Honor? Or should you just save your money? Let’s find out. 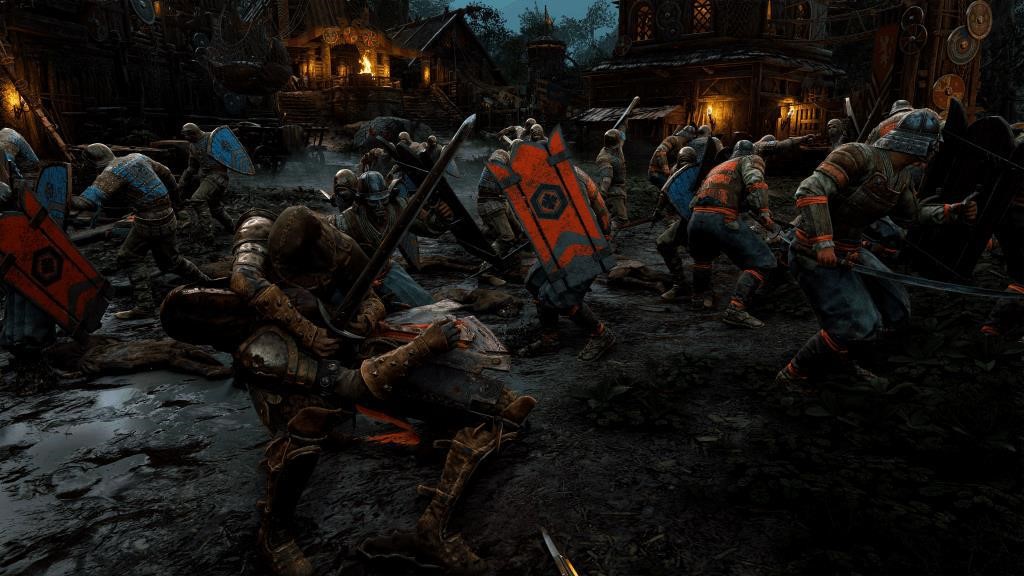 One indisputable success of For Honor is the innovative combat system. The combat in of itself is fairly easy to learn, but hard to master, which makes for a possibly long living competitive game. It feels very fluid, fair, yet punishing if you do not play with an active defense. There are currently 12 different playable character classes, so 4 classes for each faction. With the multiple playstyles you can choose from each class, you can play very defensively while waiting for the right moment to strike, charge in and overwhelm the enemy, or just attempt to dodge everything and pray you don’t die.

The game comes with a fair amount of things to do, catering to each kind of player. For those who like seeing how well they fight individually, there are 1v1 duels and a story mode to play. There is a 4v4 Dominion mode which involves capturing objective points for those who are more familiar with the battle arena style, as well as a straight-up elimination mode, if you just want to kill people. Only two of you guys? You can brawl it out with two other players, or play the story mode co-op. All the while, fighting for your faction’s territory on a world map, where you gain “War Assets” to help defend and gain territory by completing a match. 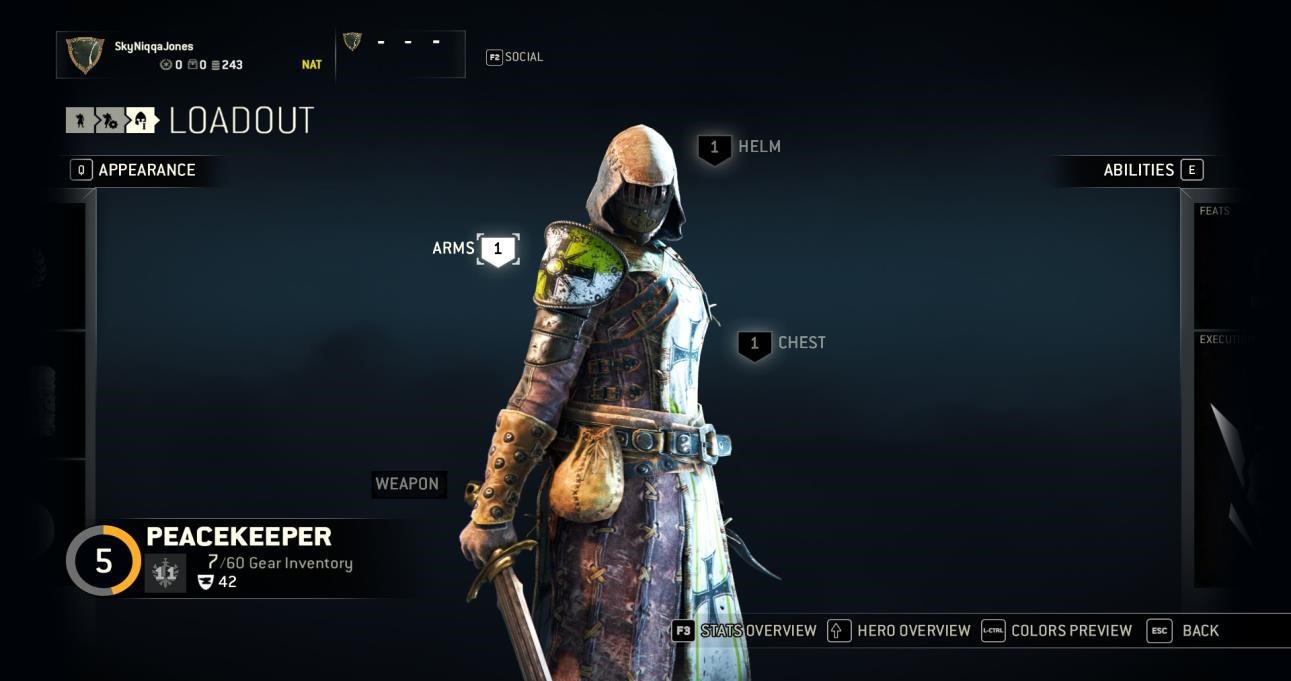 The characters you play in the game are fairly customizable. You can change the gender with some classes, the colors of their armor, and the armor/weapons themselves once you get a new piece. Each piece of gear you obtain after you finish a game comes with stats, increasing some stats whilst equally decreasing another stat as the piece increases in level. If you have one piece that you prefer more than the other, then you can freely scavenge that piece, and use the gained resources to increase the level of another piece of gear.

There are also loot boxes that players can purchase with gold, the in-game currency earned from playing online and completing tasks, in order to get gear faster. Gold can also be used to buy outfits, emotes, execution animations, idle effects, and every perk for every class if you want. Not to mention, gold CAN be bought with real money. Not to worry, this does not necessarily make the game pay to win, as it does not make someone else overpowered if they bought thousands of gold with their real money. However, it is a bit of a sly, greedy move by Ubisoft, because earning gold is a rather slow process. 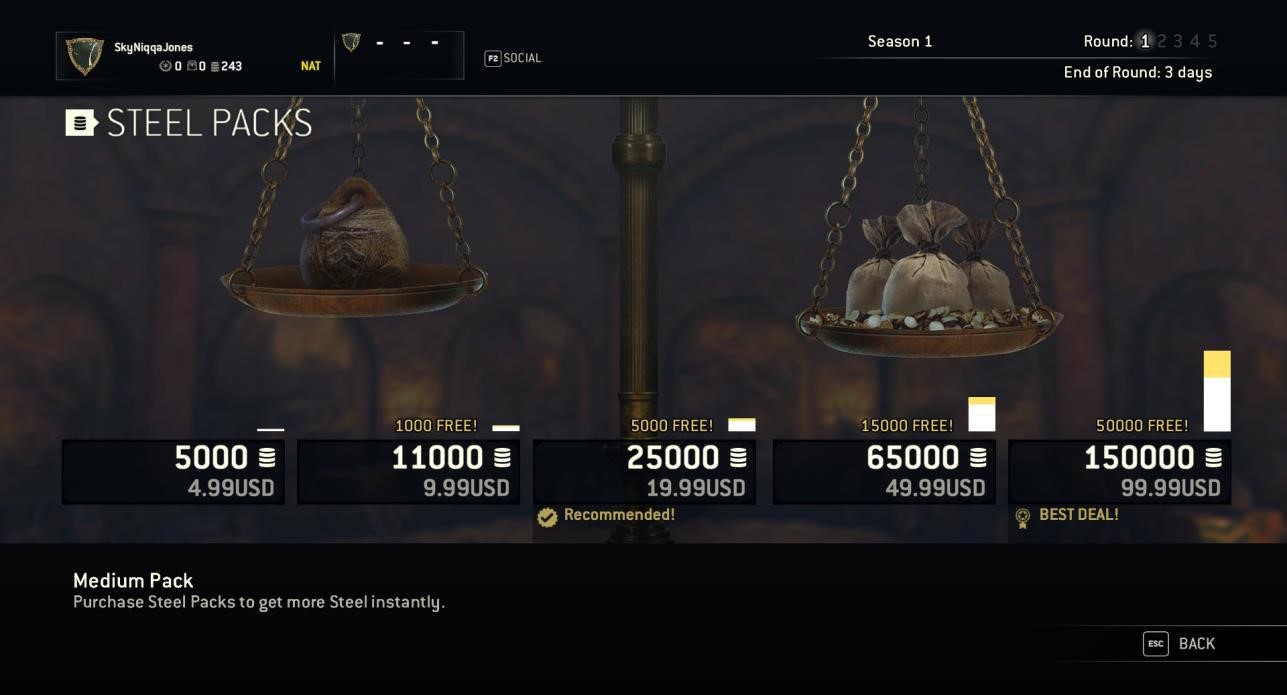 So what’s the problem with For Honor? Easy, matchmaking at its current state. Though I have not experienced with this problem many times, countless people have to the point where the game is becoming very unenjoyable; almost unplayable for them. Why? Peer-to-peer. Instead of having dedicated servers, For Honor is using peer-to-peer, which is causing many disconnect issues, host advantage, possibly the use of lag switch, and some attempts for the game trying to join a player into an already full game. Not only that, there are security issues, such as having your IP address known when using peer-to-peer. Though, this is only one issue, it’s an issue that can break a game, no matter how anticipated it once was.

This new IP is making great strides for what it means to be a multiplayer fighting game right now, however, with its current issues, its lifetime could be cut short. I’m sure Ubisoft will soon make changes, but who knows? Will For Honor fall to pieces after all? Will the war between the factions come to an end? Is this game really about Honor? I guess we’ll find out soon enough.